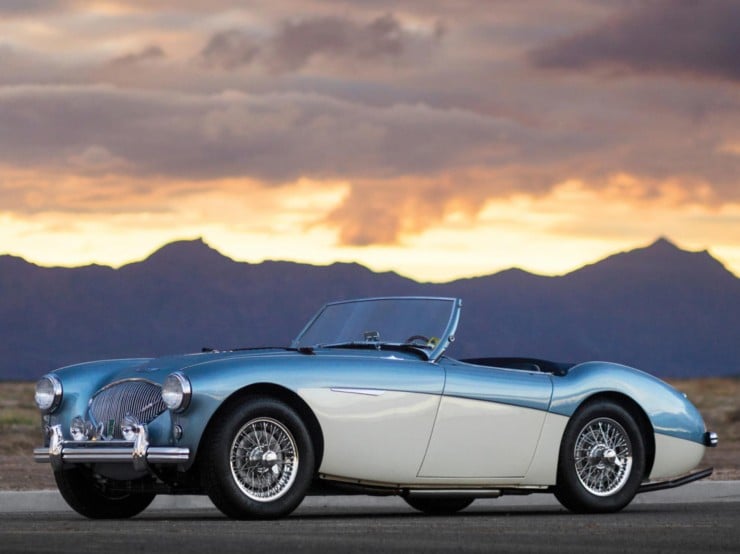 The Austin-Healey 100M ‘Factory’ Le Mans is the high-end iteration of the 100/4 or BN1/BN2 Healeys from the mid-1950s, these cars hold no small amount of fascination for me largely due to the fact that the 100/4 sits pretty close to the top of my personal automotive bucket list.

The ‘M’ you see after the 100 indicates that this is the Le Mans specification version of the 100/4 and the ‘factory’ means that it’s one of the 640 100M cars built by Austin-Healey, the company also sold kits to allow owners of the standard 100/4 to upgrade their car to 100M specification, but these upgraded cars are worth a lot less in the eyes of collectors. 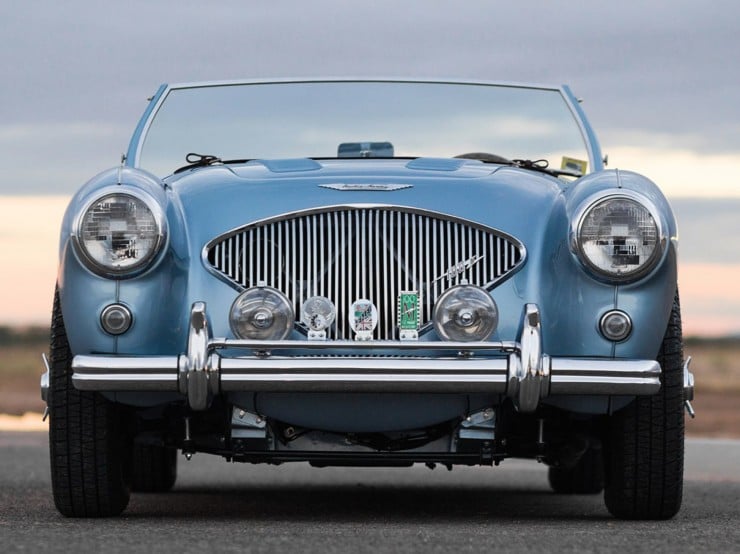 The 1956 100M you see here is especially attractive to collectors due to the fact that it’s an original American import with factory fitted left hand drive, it’s also been living in the dry state of Arizona meaning that underbody and panel rust are things that only happen to the unfortunate residents of the north.

The cream and sky blue two-tone paint is arguably the best colour combination for the Healeys and the paint/brightwork on this car is faultless. If you’ve been hankering for a Big Healey you might want to visit RM Auctions here and register to bid on the upcoming Arizona Auction due to be held on the 16th and 17th of January 2014. 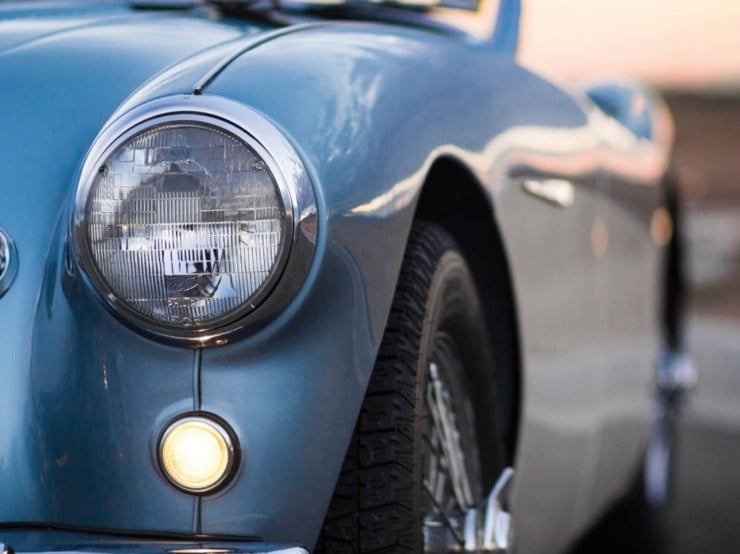 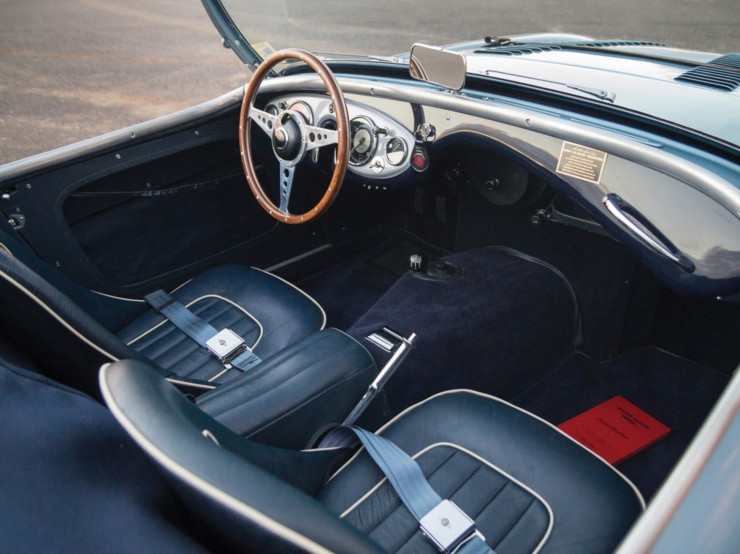 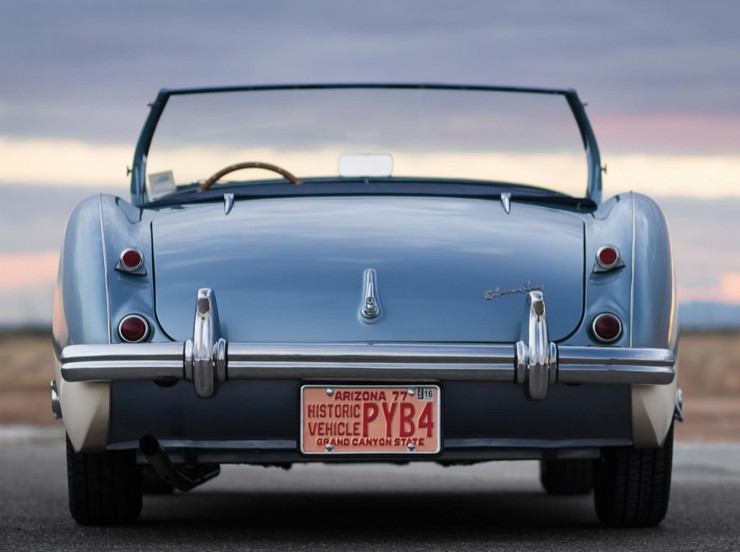 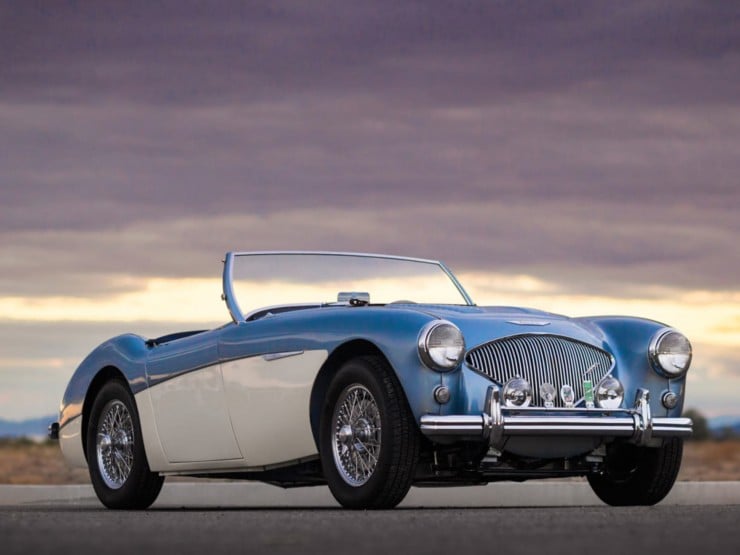 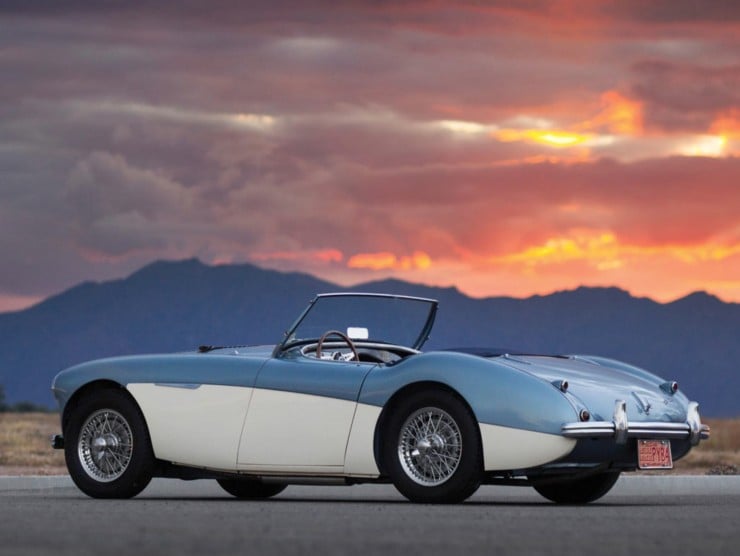 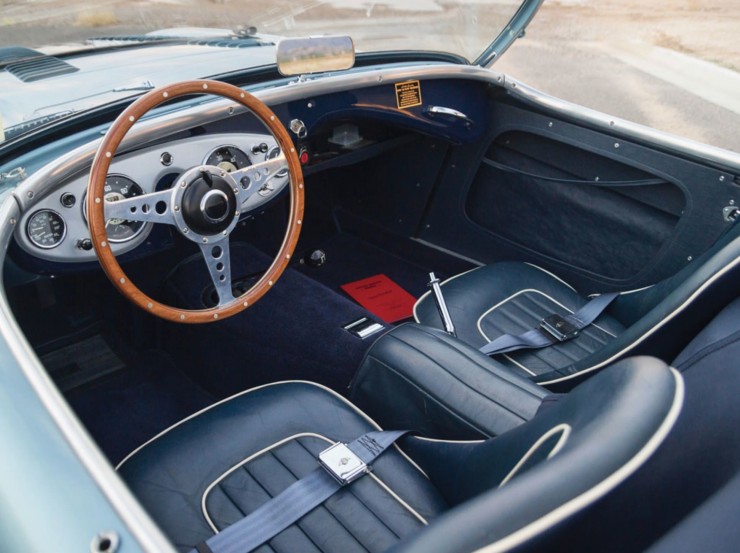 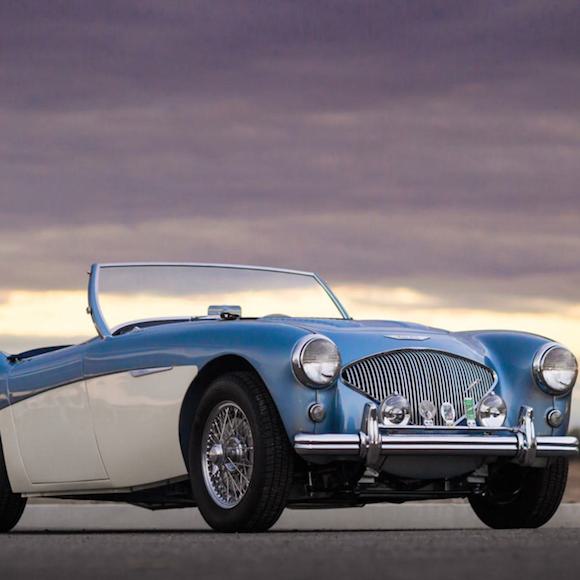