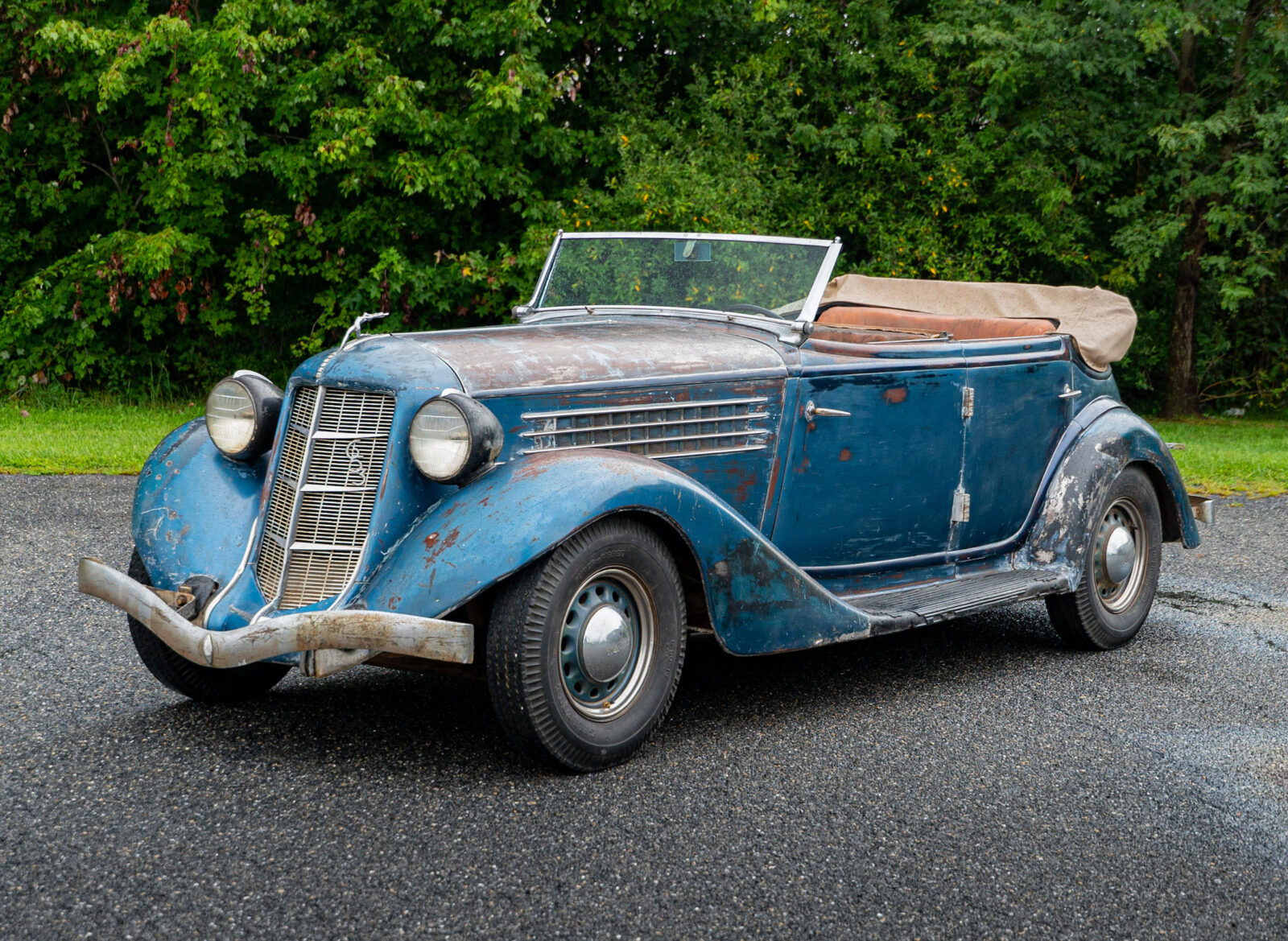 This is the 1935 Auburn 653 Phaeton that was discovered in a barn in season 12 of the popular TV series American Pickers. The car had been sitting in storage for decades in South Dakota, owned by collectors Jan and Sandy.

American Pickers host Mike Wolfe made a deal with the couple to buy the car in the condition it was in, and he promised to get it running and bring it back so that Jan could finally have a proper drive of the Auburn he treasured for all those years.

Sadly Jan died before this could happen, but Mike took the car back to the farm when it was running and took Jan’s wife Sandy for a ride as she cradled a picture of her late husband.

When the program to develop the Auburn 653 Six and its sister car, the Auburn 851 Eight, began in 1934 it was a dire time for the company. The Great Depression had descended over the United States in 1929 and by the mid-1930s luxury car makers had largely used up their financial reserves, and were dropping like flies.

Above Video: This is the episode of American Pickers where the car is first discovered and bought, Mike had to work hard to get the price down from the original asking price of $80,000 USD.

Legendary designer Gordon Buehrig was given a budget of just $50,000 to develop the two cars, and a deadline of a few months. It was a herculean task, but Buehrig managed it, creating two Auburns that are now considered among the most beautiful cars of their type from the era.

As the name suggests, the 653 Six is powered by a six cylinder engine, specifically the Lycoming L-head straight-six producing 85 hp from its 210 cubic inch (3.4 liter) displacement.

Power is sent back through a three-speed gearbox to a live axle rear end, and when ordering you had the option of choosing a Columbia Dual-Ratio rear axle which (in combination with the transmission) would give you six forward speeds.

Considering the severe financial conditions of the Great Depression the Auburn 653 Six represented a slightly more frugal approach to luxury motoring, certainly when compared with the larger straight eight, V12, and even V16 engines being fitted to other cars in the luxury market. The 653 Six even offered 23.7 mpg (combined), excellent fuel economy for a vehicle of this type at the time.

Sadly the Auburn 653 Six and Auburn 851 Eight wouldn’t be enough to save the company, and in 1937 the production lines of all three related marques ended – Auburn, Cord, and Duesenberg.

The Auburn 653 Phaeton From American Pickers

The car you see here is now almost certainly the most famous Auburn 653 in existence thanks to its memorable appearances in two episodes of the hit US TV series American Pickers.

Above Video: This is the second episode about this Auburn from season 14 in which Mike takes the car back and gives Sandy a ride with the top down.

As mentioned above, the car first appeared in season 12 where it was discovered in a barn and bought by show host Mike Wolfe. As mentioned above he made a promise to get it running and bring it back to let the former owner Jan drive it, however he had tragically died before this could come to pass.

Mike kept his promise however, and returned the now running car to its long-time home and took Jan’s wife Sandy for a ride with the roof down as she held a picture of Jan – the three occupants (including show co-host Danielle Colby) set off to the local casino so Sandy could show the Auburn off to her friends.

The car is now for sale through RM Sotheby’s, it’s been preserved in the condition it was in during the filming of the episode above from season 14. The car is running and driving, however the new owner will have to decide if they want it fully restored or preserved in its current condition for posterity.

If you’d like to read more about this car or register to bid you can click here to visit the listing. The current guide price is $30,000 – $40,000 USD, it’s being offered with no reserve, and the sale is due to take place on the 8th of October in Hershey, Pennsylvania. 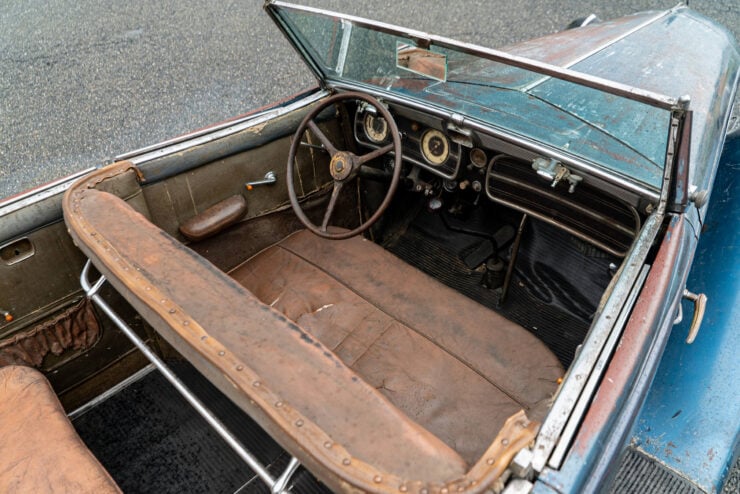 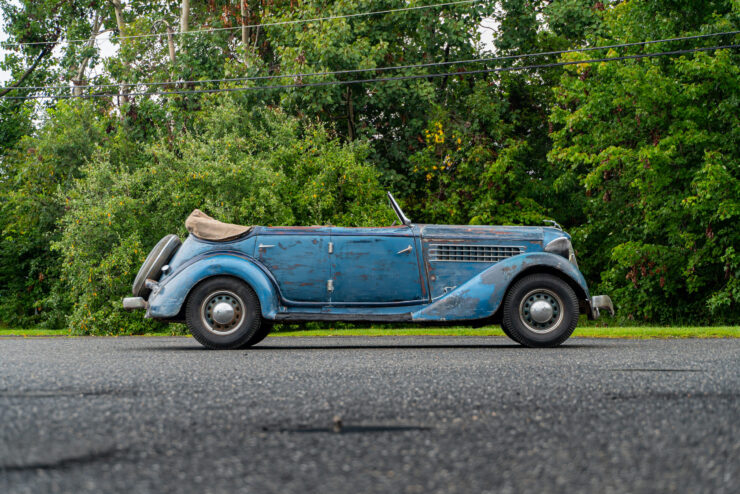 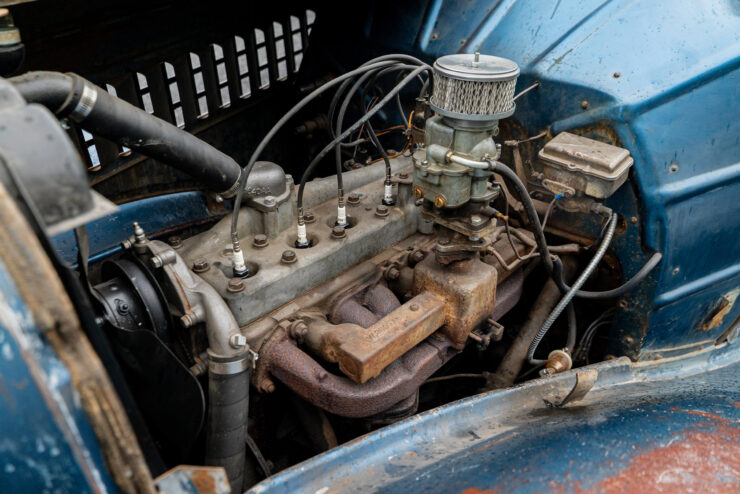 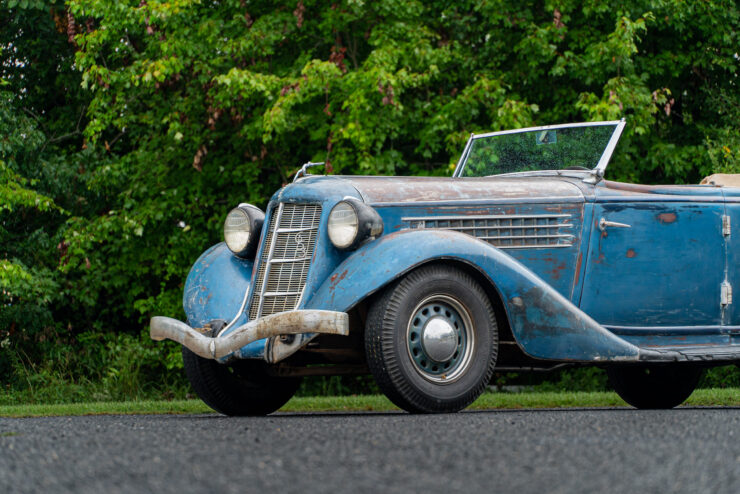 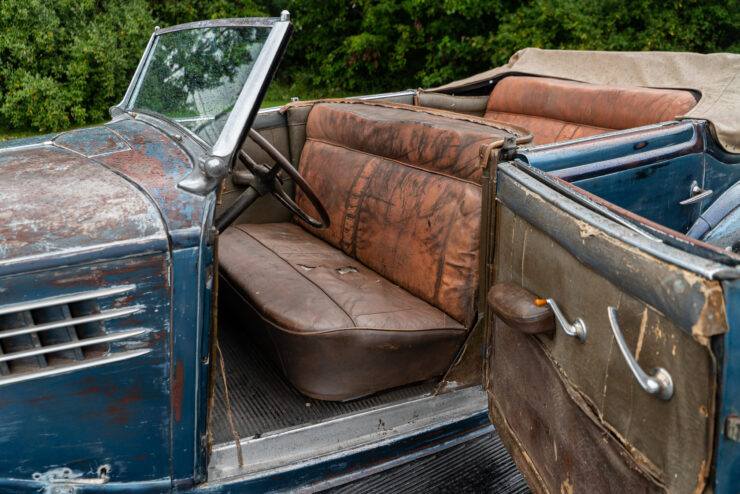 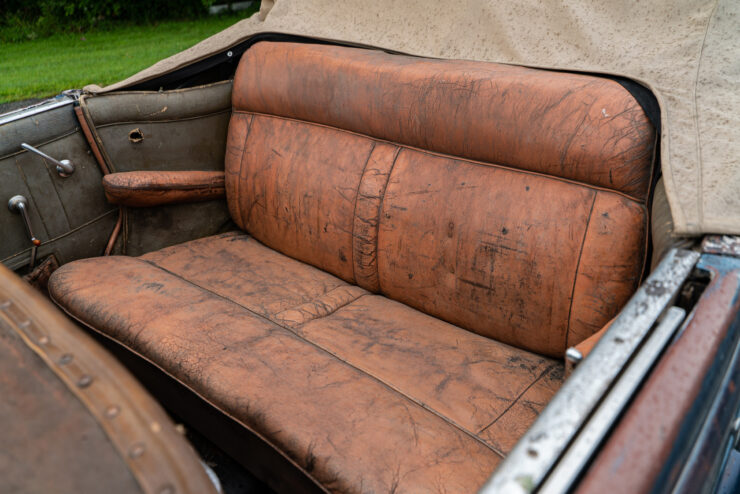 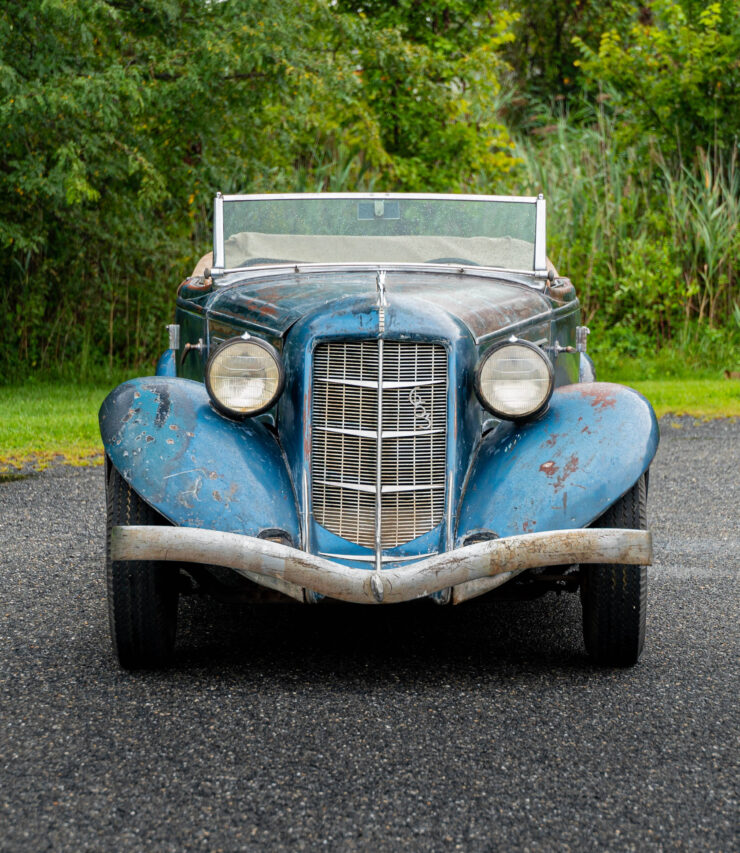 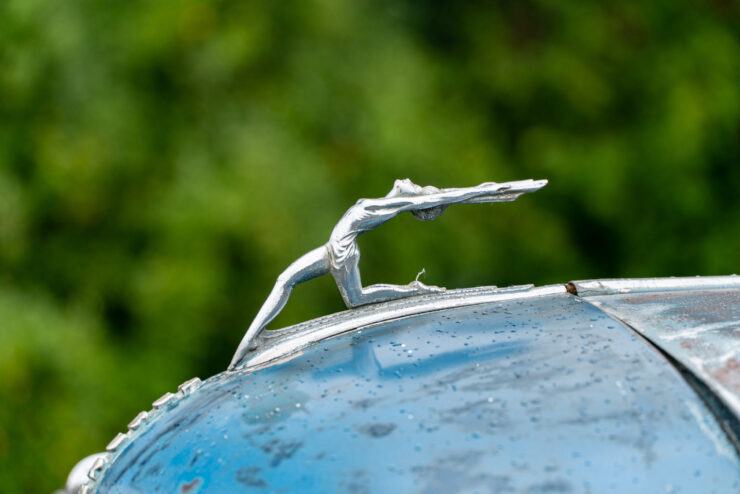 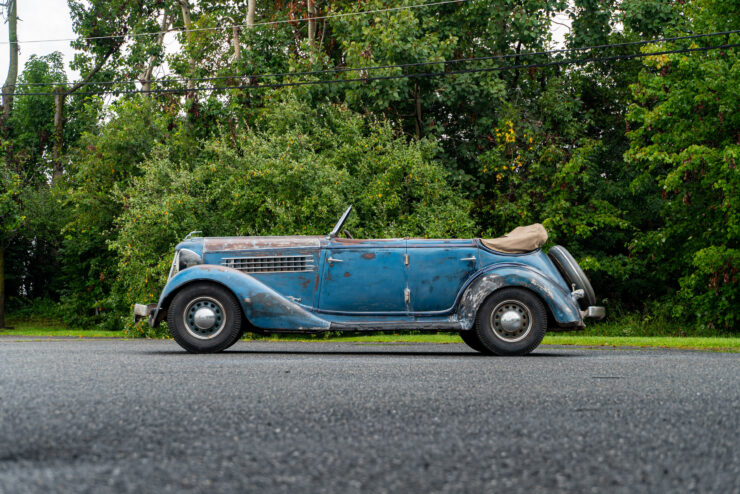 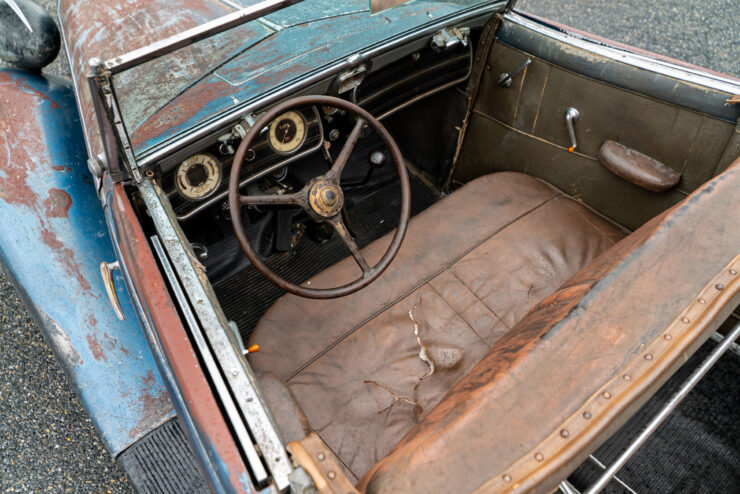 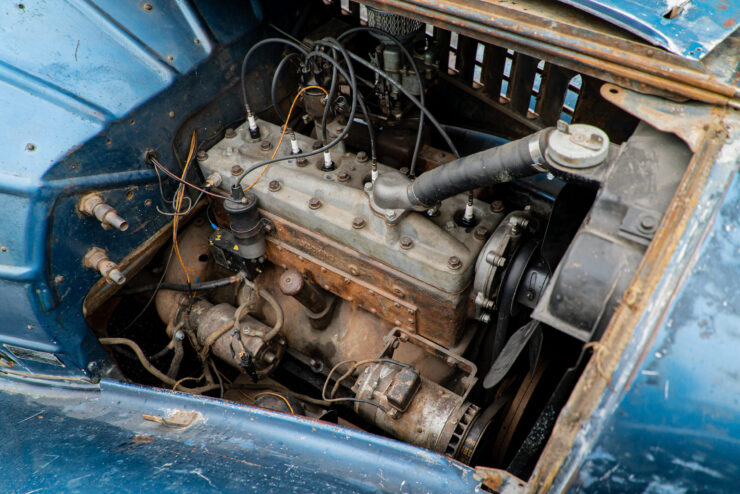 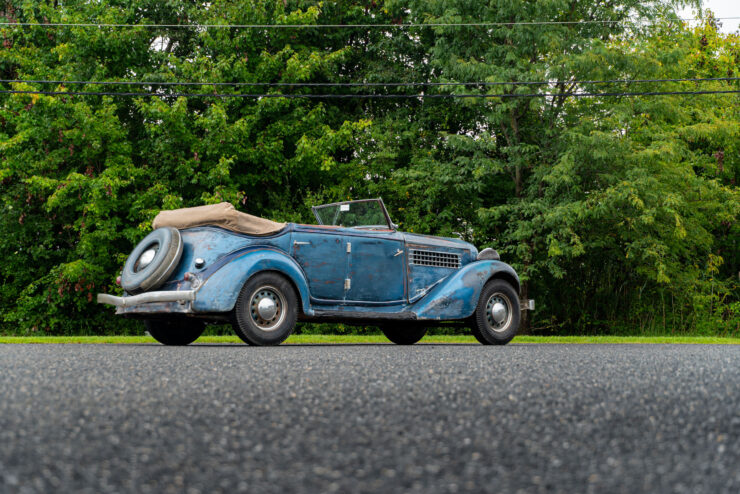 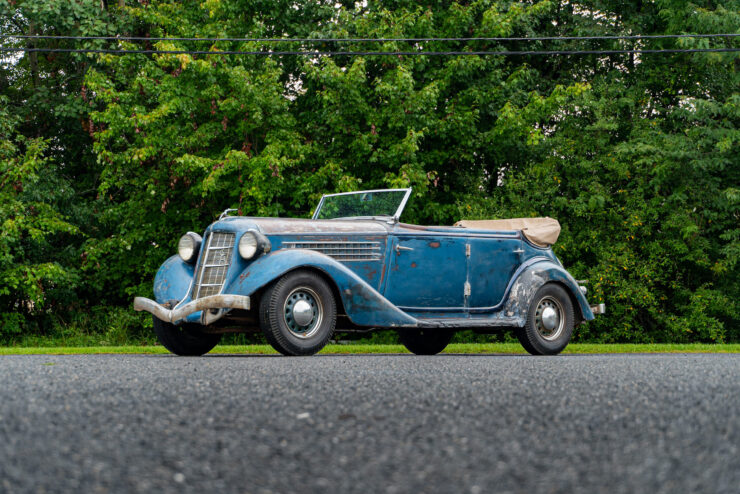