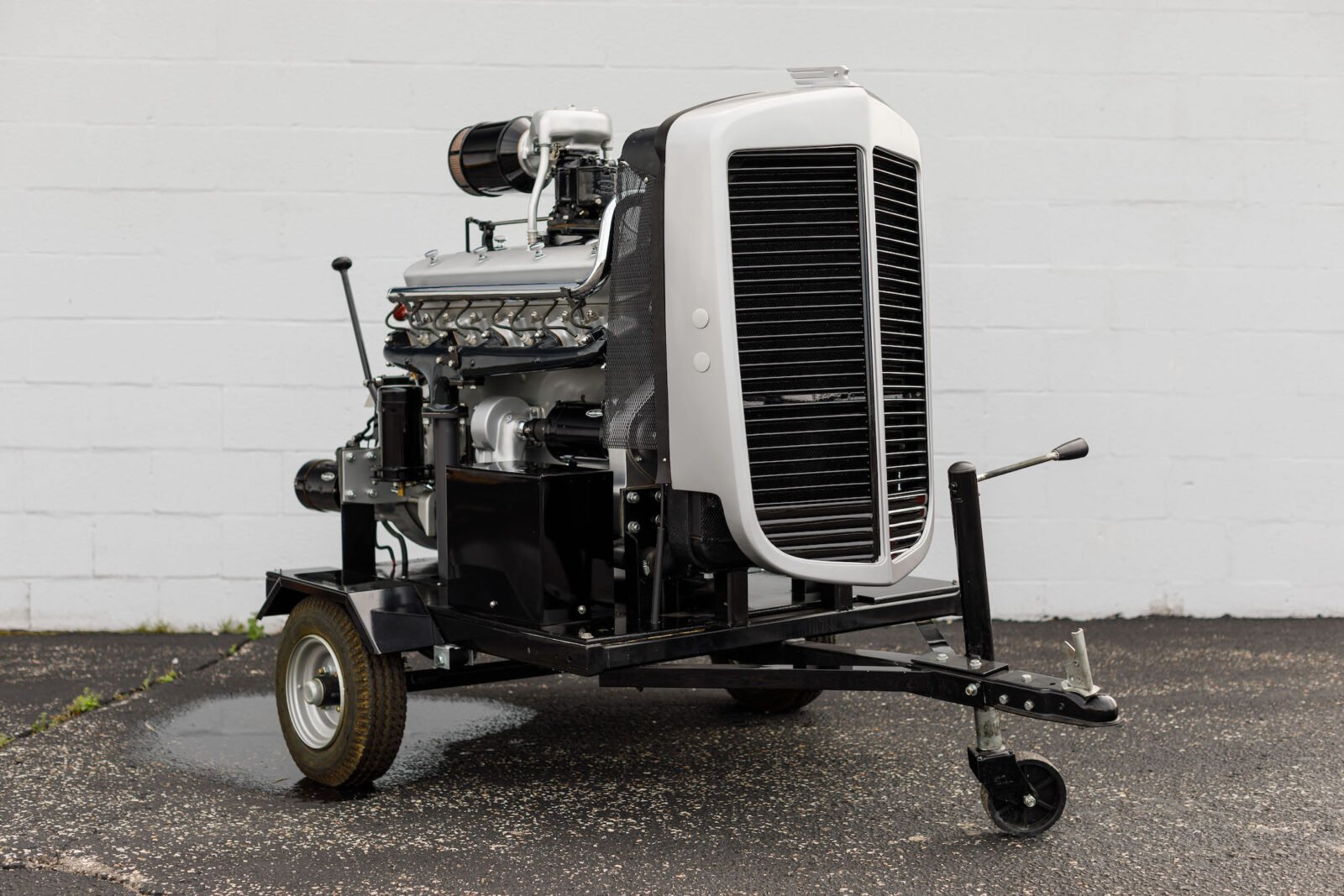 The Marmon V16 was a remarkably advanced engine by the standards of the late 1920s, it features an aluminum block and heads with steel cylinder liners, overhead valves rather than the more popular flathead layout, and it was capable of a reported 200 hp.

Just under 400 or so cars with the Marmon V16 would be built due to the fact that it was released in 1931, into the midst of the Great Depression.

Howard Marmon had actually started development work on the V16 in 1927, he was the first to develop such an engine for a production car however he wasn’t the first to bring a V16 to market – Cadillac beat him to it in 1930 after poaching Marmon engineer Owen Nacker. 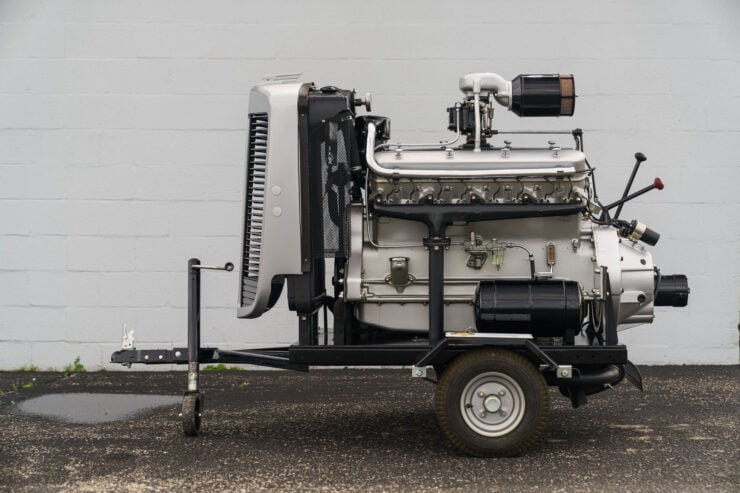 The Marmon V16 was advanced for the era, with overhead valves, aluminum construction, cross-flow heads, and 200 hp.

As it happens Peeless built a V16 in 1931 after hiring another ex-Marmon engineer, James Bohannon, however they only completed a single example of the car which now resides in the Crawford Auto-Aviation Museum.

The Marmon Motor Car Company had a long history with engines that used a V-configuration, their first experimental automobiles built in 1902 were powered by an overhead valve, air-cooled V-twin. V4, V6, and V8 engines would follow shortly after, before more traditional inline engines became standardized for the company.

The Marmon V16 was an all new design with no relation to the company’s straight-eight first introduced in the Marmon Roosevelt introduced in 1929. Unlike the flathead inline-eight, the new V16 made use of aluminum alloy for the block and heads, the heads feature a cross-flow design and they sit at an angle of 45º.

With its pushrod actuated overhead valves and prodigious 8.0 liter capacity, the Marmon V16 produced 200 hp and was apparently capable of outrunning the Duesenberg Model J, a car that cost three times as much. 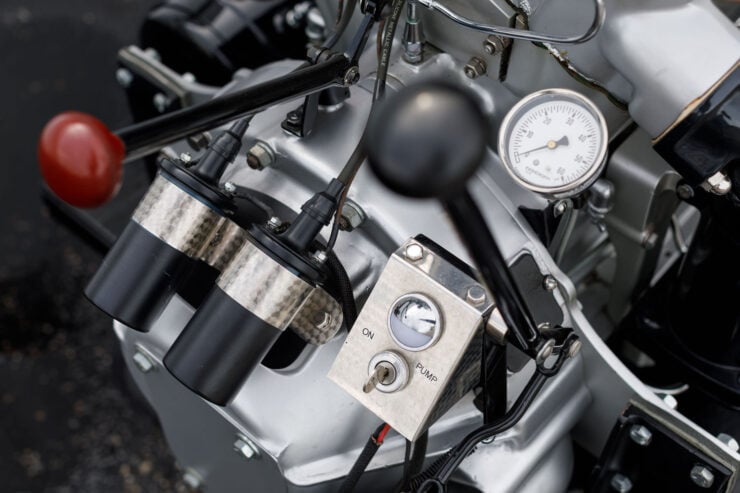 This display stand is set up to allow the engine to be run, so it can be showcased for people who have never seen or heard a V16.

With under 400 examples of the Marmon V16 built and just 75 thought to have survived to the modern day, the V16 is now remembered as one of just two production V16 automobiles ever built, and the Marmon example is the most powerful.

The Marmon V16 engine you see here is currently mated to a display stand, it’s all plumbed in and wired up for running, and there are gauges and operational controls fitted at the clutch-end of the engine.

If you’d like to read more about this unusual engine or register to bid you can click here to visit the listing on RM Sotheby’s. It’s due to cross the auction block on the 7th of October with a price estimate of $25,000 to $40,000 USD.

‘”The Marmon Sixteen looks like no other car. It borrows little from the past. It will lend much to the future. It is the one example of unhampered co-ordination of effort by artist and engineer.” – Marmon advertising, circa 1931.

Above Video: See an original Marmon V16 in action, and learn a little more about the history of the car. 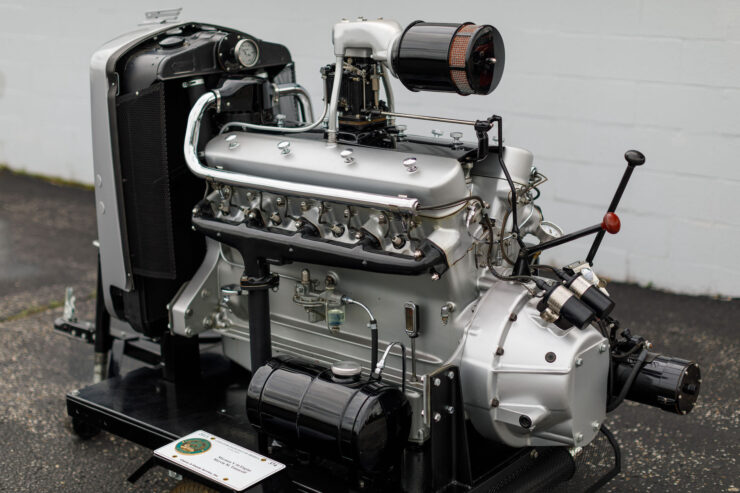 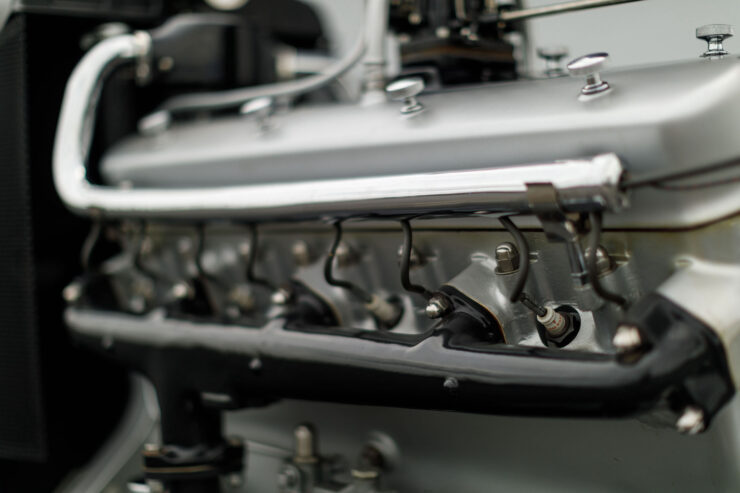 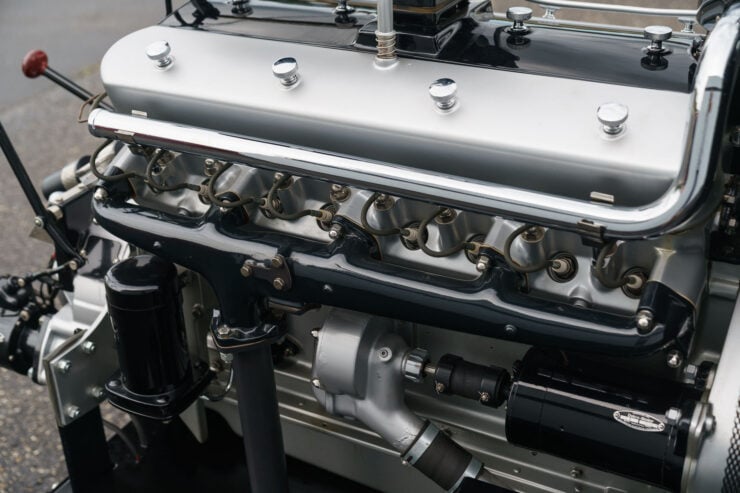 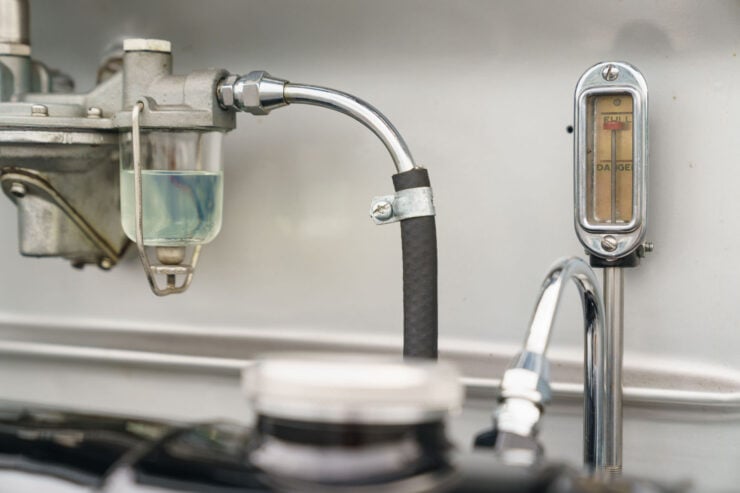 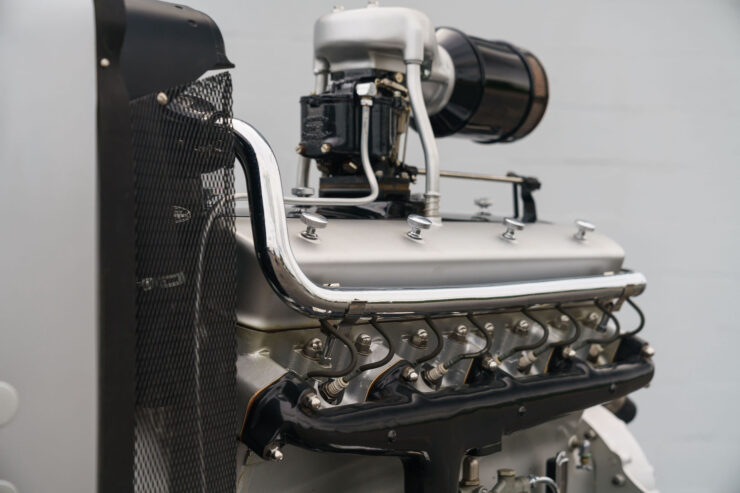 The Marmon V16 was advanced for the era, with overhead valves, aluminum construction, cross-flow heads, and 200 hp. 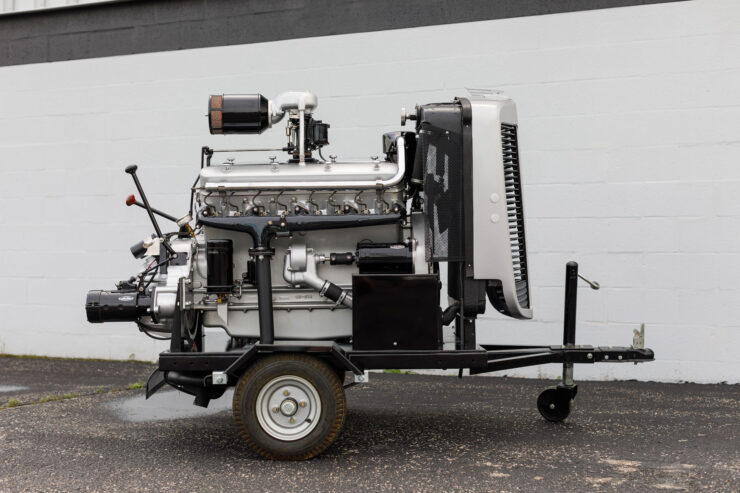 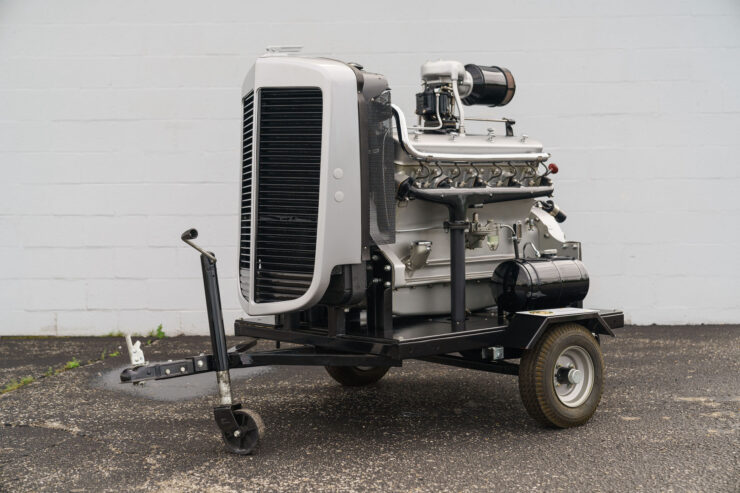 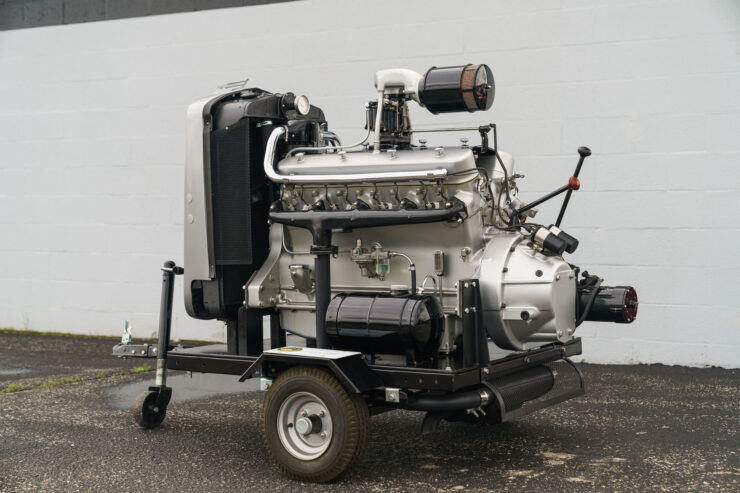