What’s Under Your Hood? is a 1973 film that was created to teach people how various mechanical systems in their cars work. It runs just 10 minutes in length, but despite its relative brevity it does an excellent, concise job of explaining all of the car’s major parts.

The majority of people who drive everyday don’t have a clear understanding of how an engine actually works, let alone the transmission and differential. Modern cars are typically so reliable that their owners no longer need to know how to wield a wrench.

This film uses a series of animations and cutaway models to give a fantastic look inside engines, gearboxes, carburetors, ignition systems, etc to show how they function. The explanations are all easy to understand making the film suitable for ages from 8 (or so) on up. 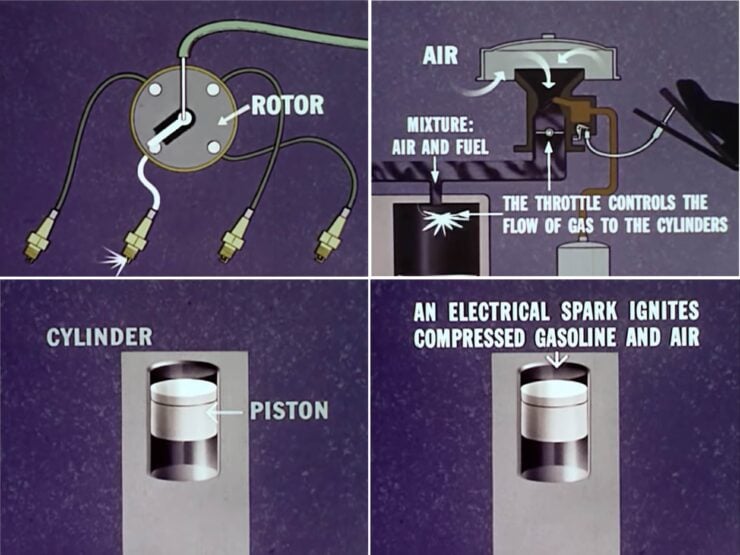 This short film uses a series of animations and moving cutaway models to explain how all the major parts of an automobile engine work.

In the coming years as we continue to transition towards electric and perhaps also hydrogen vehicles it’ll be interesting to see a new generation of films like this being made, to explain how they all work and what makes them different from the gasoline and diesel engines of old.

The cars and mechanical systems used in this film are all emblematic of the era it was made, with pushrod engines fed by carburetors and power sent back into a live axle on leaf springs. That said, the fundamental principles of an internal combustion engine are the same whether you’re driving a car from 1973 or 2013. 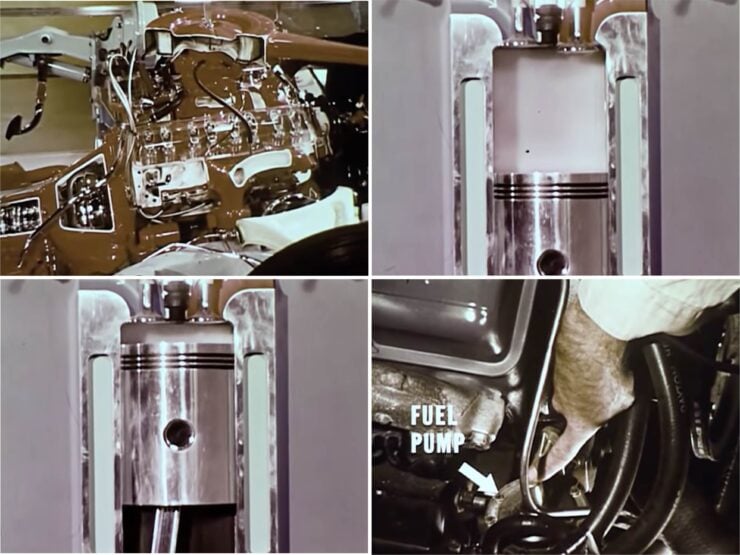