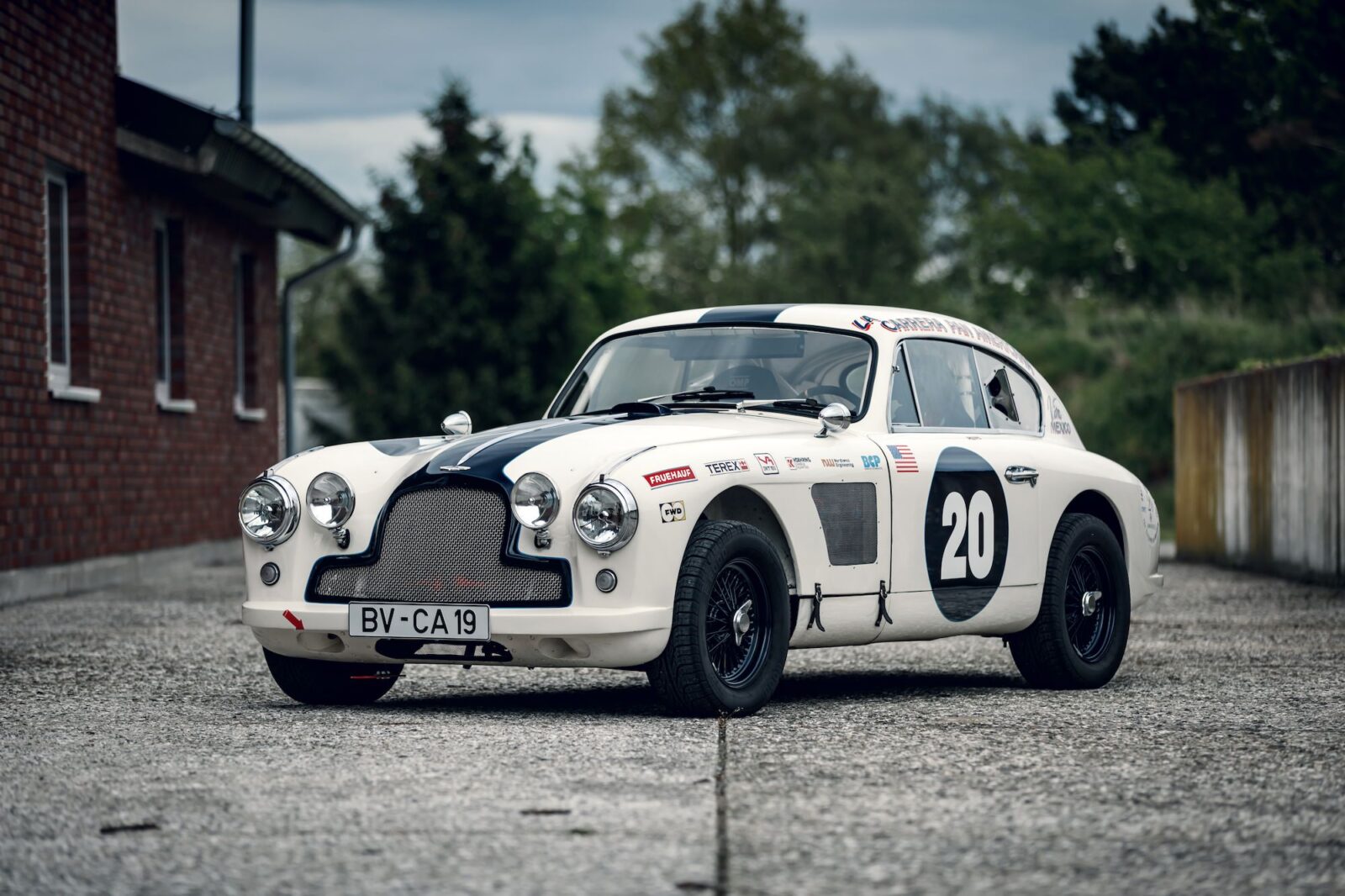 This Aston Martin DB2/4 has been modified to compete in vintage motorsport, specifically the famous 2,000 mile Carrera Panamericana, it also set a new DB2 lap record at the Lime Rock Park circuit in Connecticut.

In the early 1990s this car was rebuilt for racing by Automotive Restorations in Stratford, Connecticut. In 1992 it took part in the Carrera Panamericana rally where it placed 5th in a field of dozens of cars.

When it was released in 1953 the Aston Martin DB2/4 was just the second production car to be offered by Aston under the still-new ownership of David Brown. Brown had been born into a wealthy industrialist family and had shown remarkably engineering acumen from a young age. 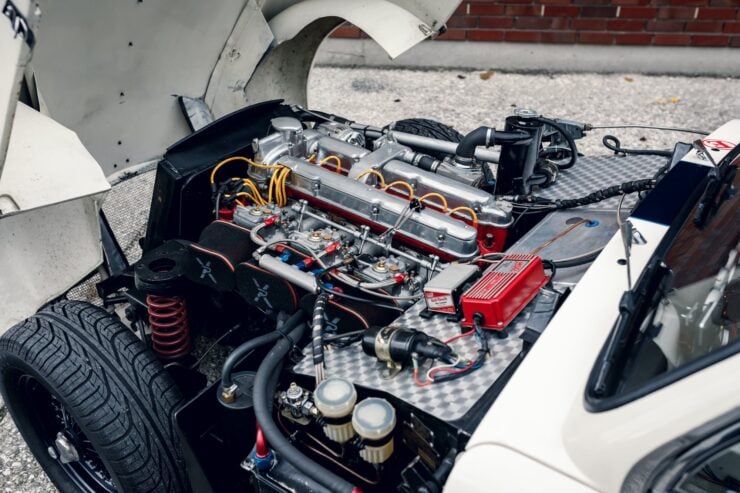 He learned to drive at just 11 years old and at 17 in 1921 he started work as an apprentice at David Brown & Sons, one of the family businesses. In his early 20s Brown designed his own car, including an advanced straight-eight DOHC engine. he kept the project top secret and used the company’s foundry to cast the block and machine the other components.

By 1933 he had so distinguished himself that he took over as Managing Director, a position from which he significantly expanded and grew the businesses. In 1946 Brown saw an advertisement in The Times offering the sale of a “High Class Motor Business” for £30,000.

Intrigued he contacted them and discovered it was for the sale of Aston Martin, he acquired the company for £20,500 and immediately set to work turning its fortunes around.

Under David Brown’s ownership Aston Martin would rise to become a major global sports and luxury car builder, and they famously won the 24 Hours of Le Mans in 1959 with Carroll Shelby and Roy Salvadori at the wheel of an Aston Martin DBR1/300. 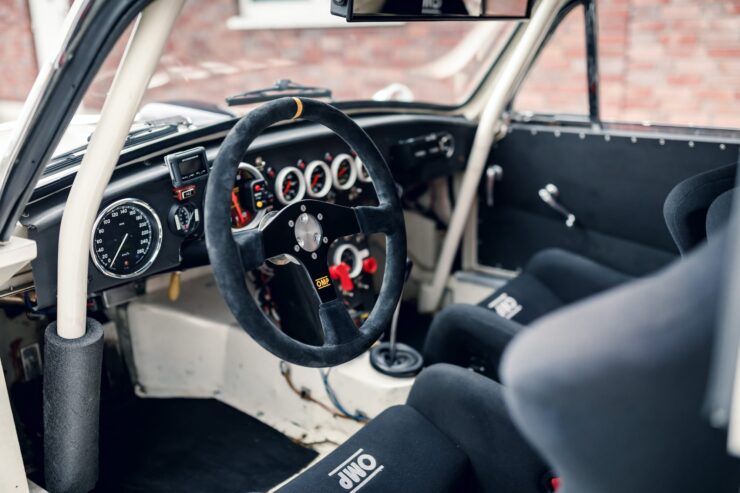 The interior has been equipped for racing, with OMP race seats, a full roll cage,, an OMP steering wheel, and a custom dashboard with all the gauges you need.

All Astons from this time and many up to the current day still carry his “DB” initials in their model name as a mark of respect for the work he did saving the company.

The Aston Martin DB2/4 was somewhat based on the DB2 that had come before it, the styling of the body had been penned by 17 year old draftsman John Turner.

The car was originally powered by the Lagonda DOHC straight-six engine with a 2.6 liter displacement and 125 hp, this was upgraded to 2.9 liters and 140 hp in later Drophead versions of the model.

The DB2/4 was a genuine 120 mph car, an impressive speed for the era, and thanks to its luxuriously appointed interior it was one of the finest grand touring cars available anywhere in the world.

Over the course of the 1953 to 1957 production run Aston would build 764 examples of the DB2/4 over two generations – Mark I and Mark II. There would also be Fixedhead coupes and Drophead convertibles offered, with a small number of coachbuilt cars created by the likes of Bertone and Vignale. 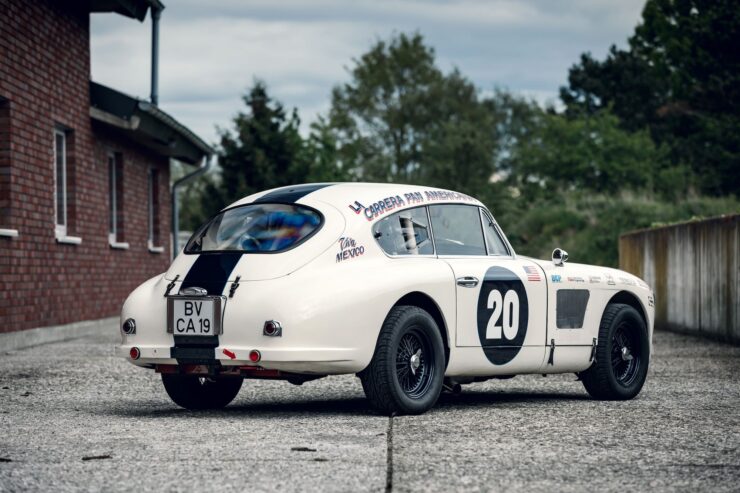 The car you see here has been comprehensively rebuilt for vintage racing, it competed in the 1992 Carrera Panamericana rally where it finished fifth out of a field of dozens of cars.

During the rebuild the car was given an uprated Vantage-specification DBA engine built by Steel Wings, with forged alloy pistons, Carillo connecting rods, triple-Weber carburetors, and custom headers.

Inside the car you’ll find a full roll cage, OMP seats, Schroth six-point harnesses, and it has a single-panel alloy dashboard with lightweight instrumentation and heater delete.

The car is now finished in Wimbledon White paintwork with dark blue stripes and racing decals. The comprehensive history file includes approximately $120,000 worth of upgrades and maintenance over the years.

If you’d like to read more about this car or register to bid you can click here to visit the listing on Collecting Cars. 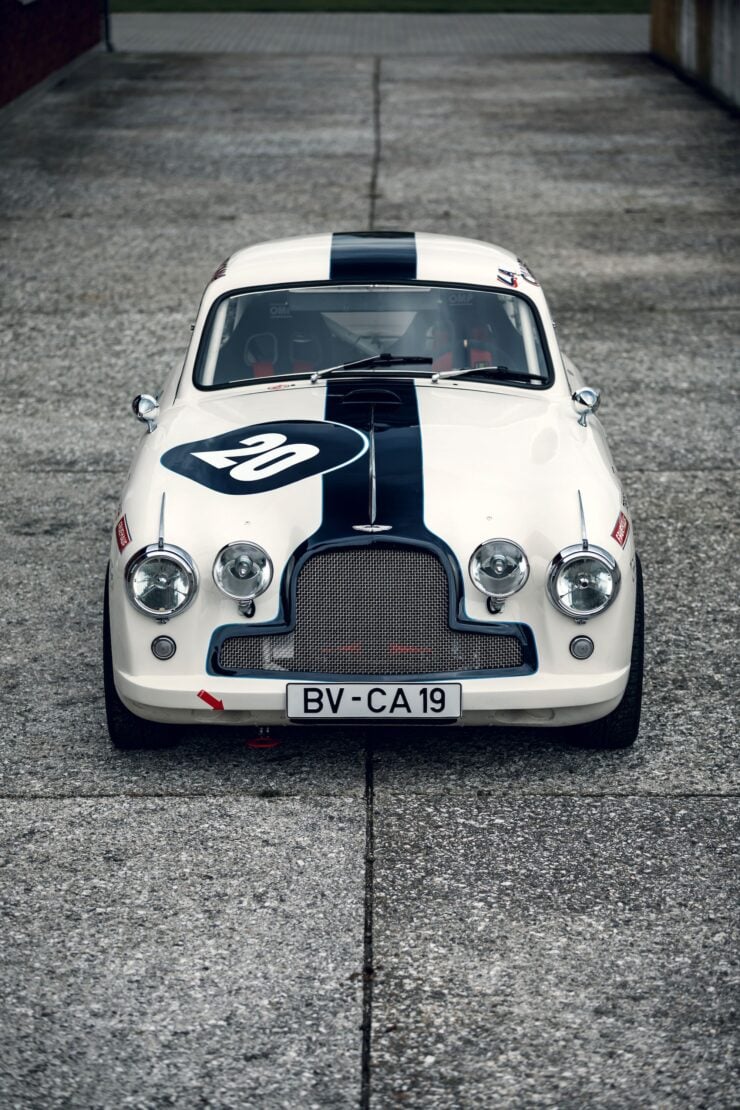 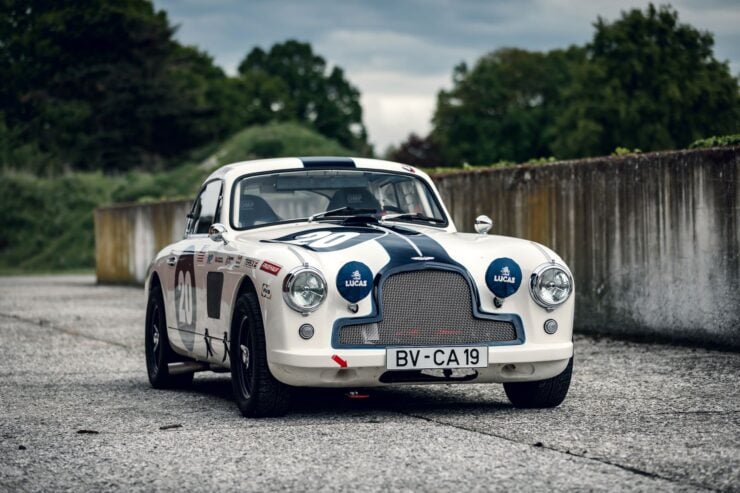 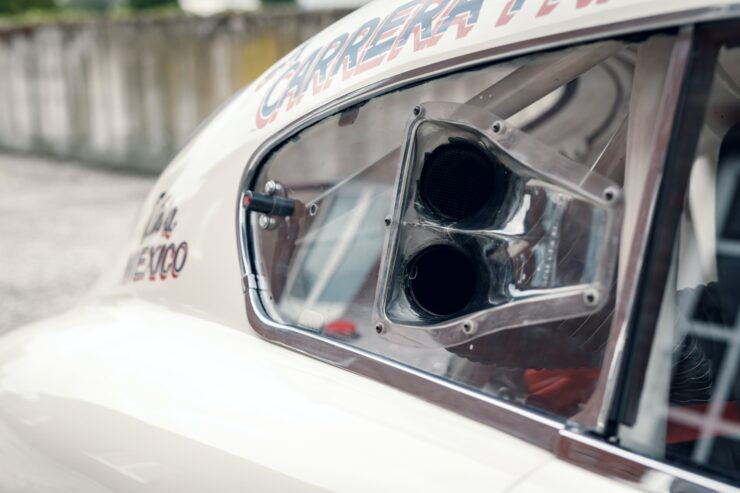 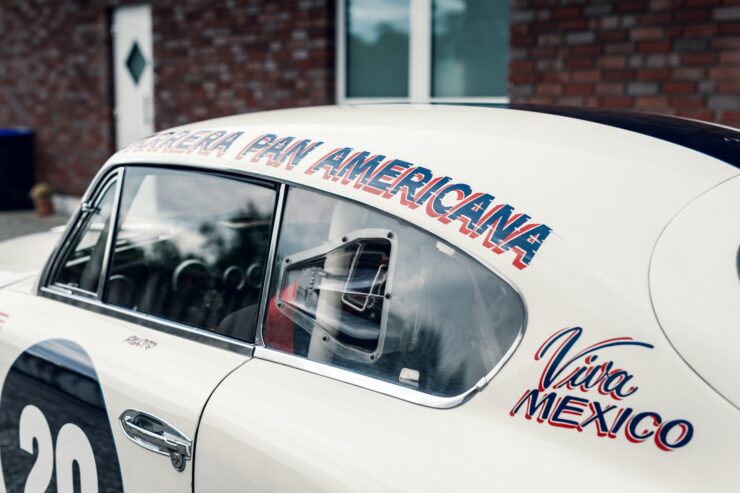 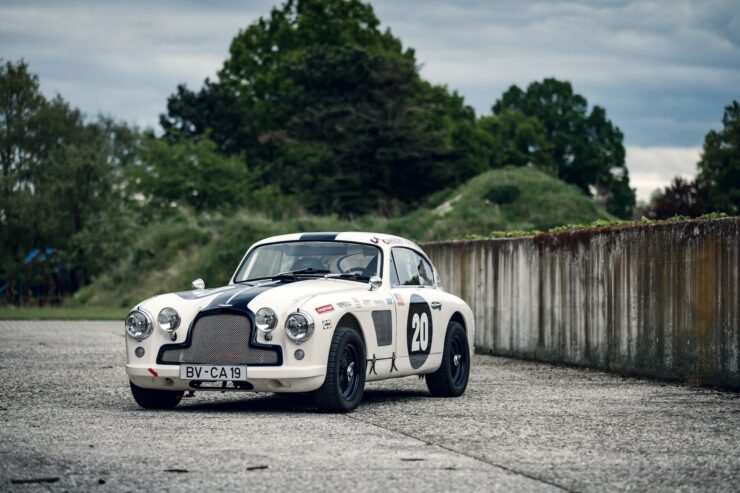 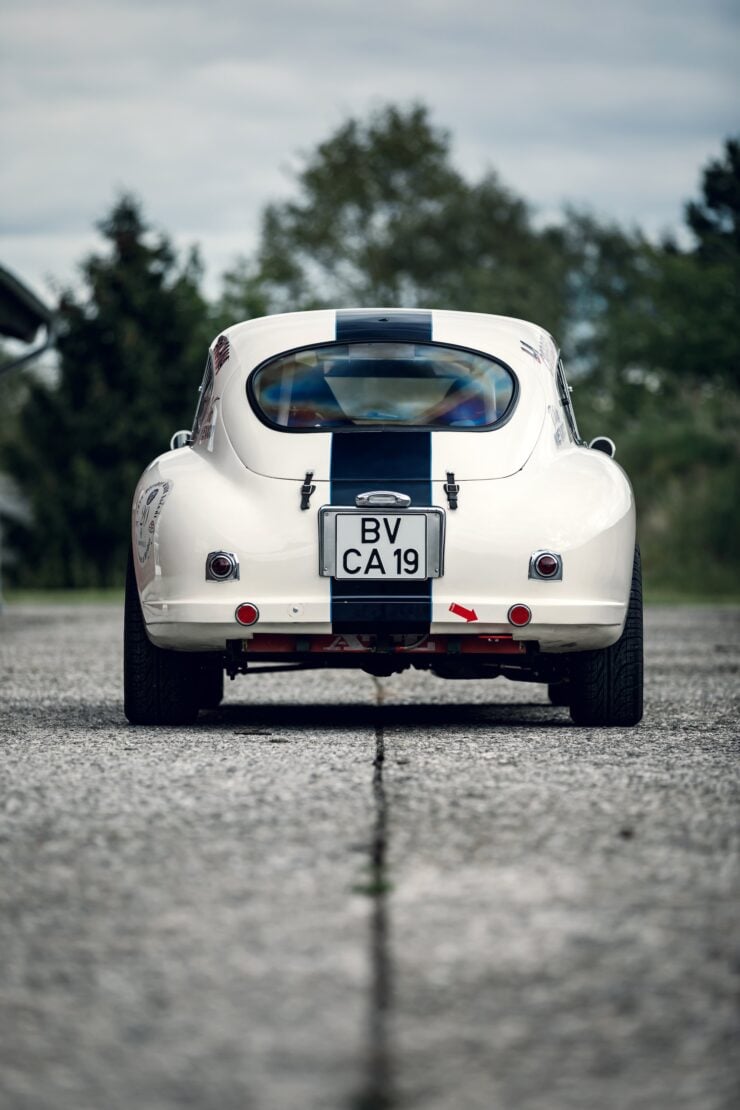 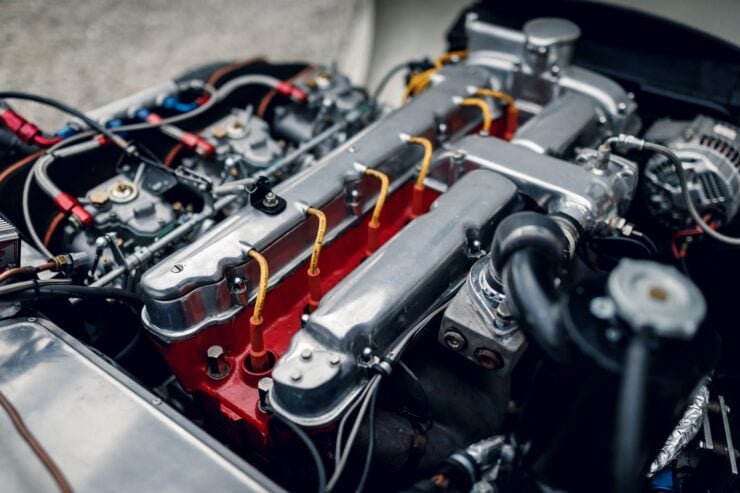 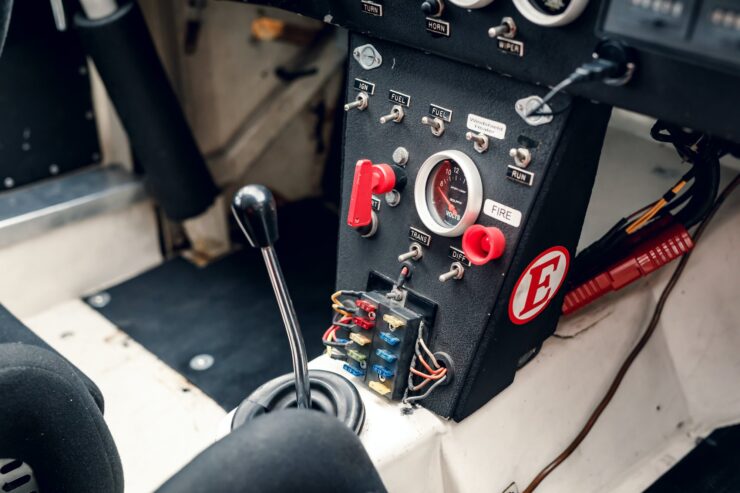 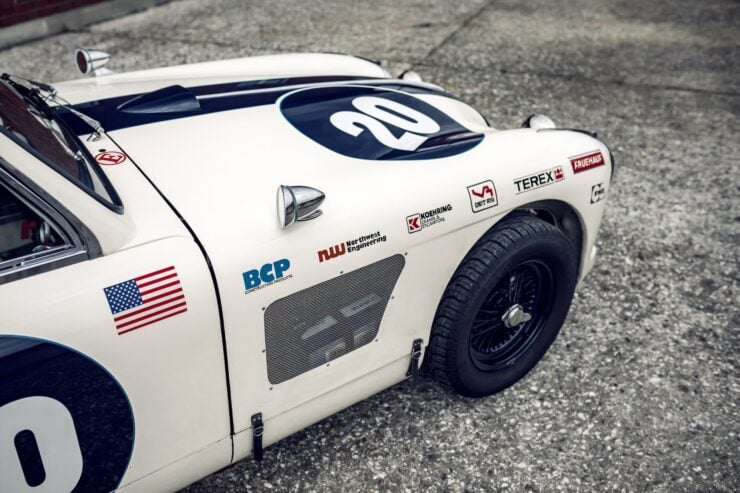 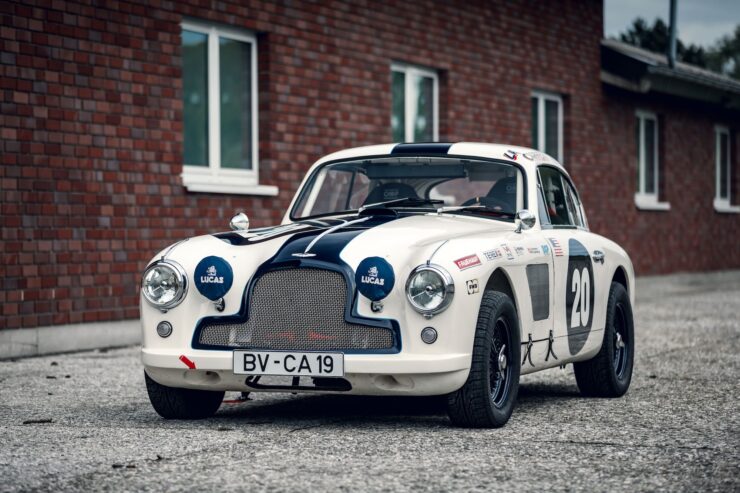 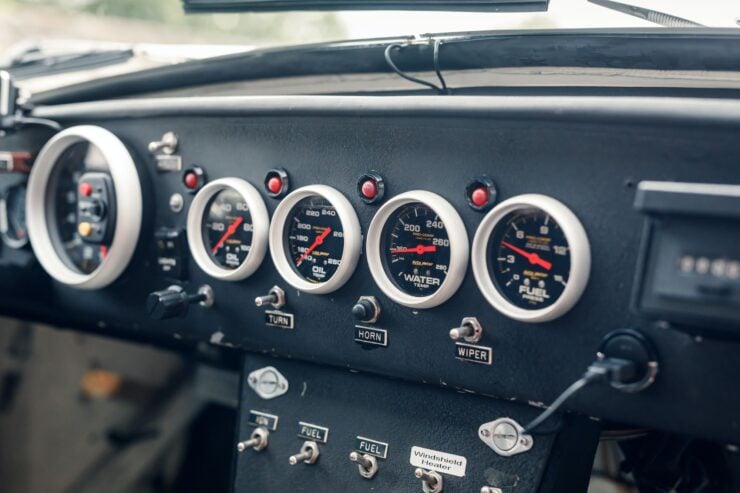 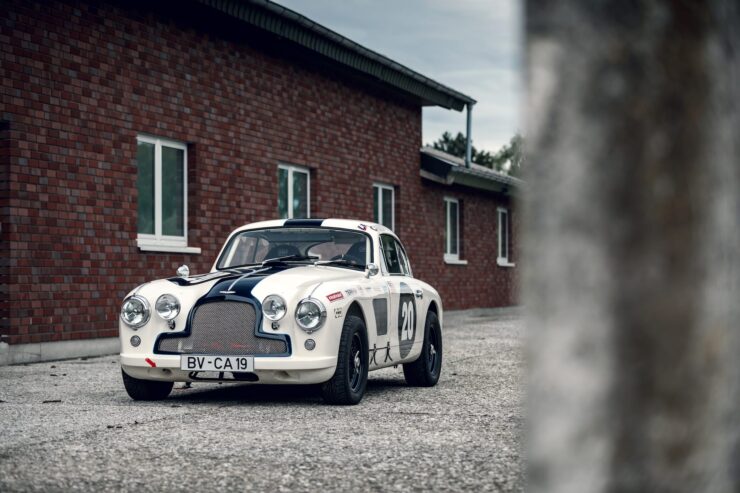 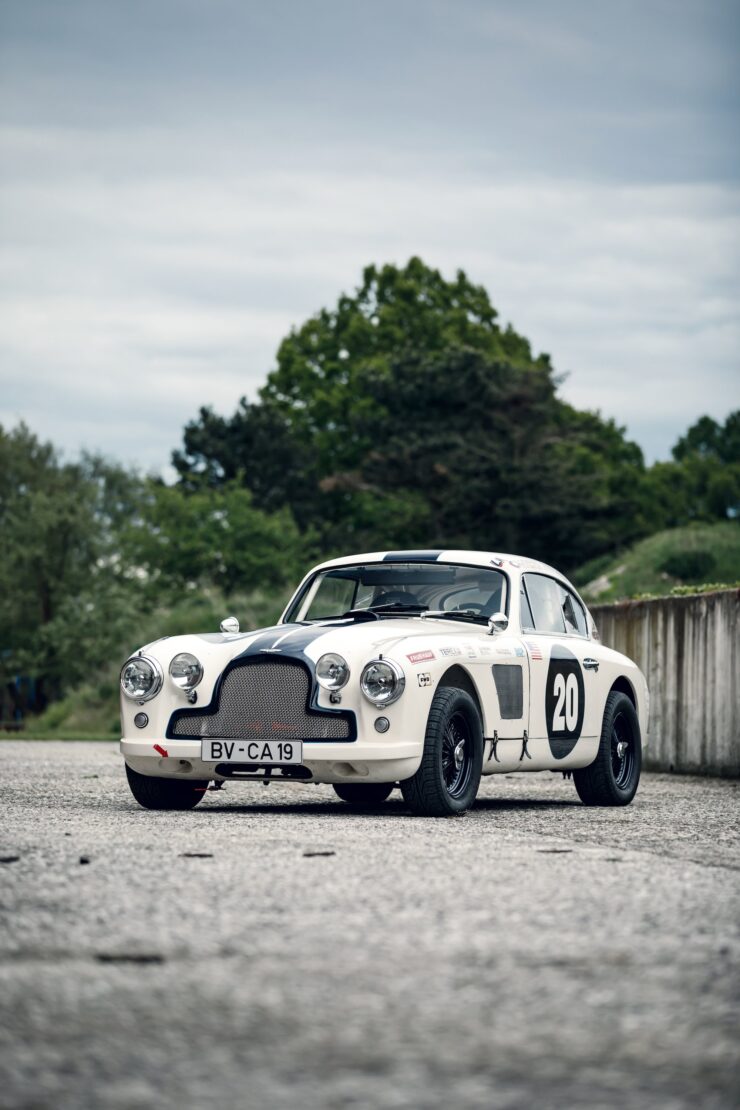 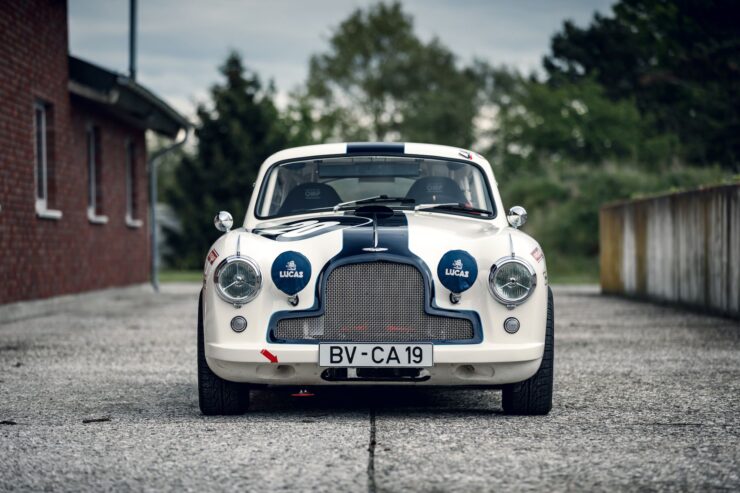