The Incredible Art of Jean-Yves Delitte 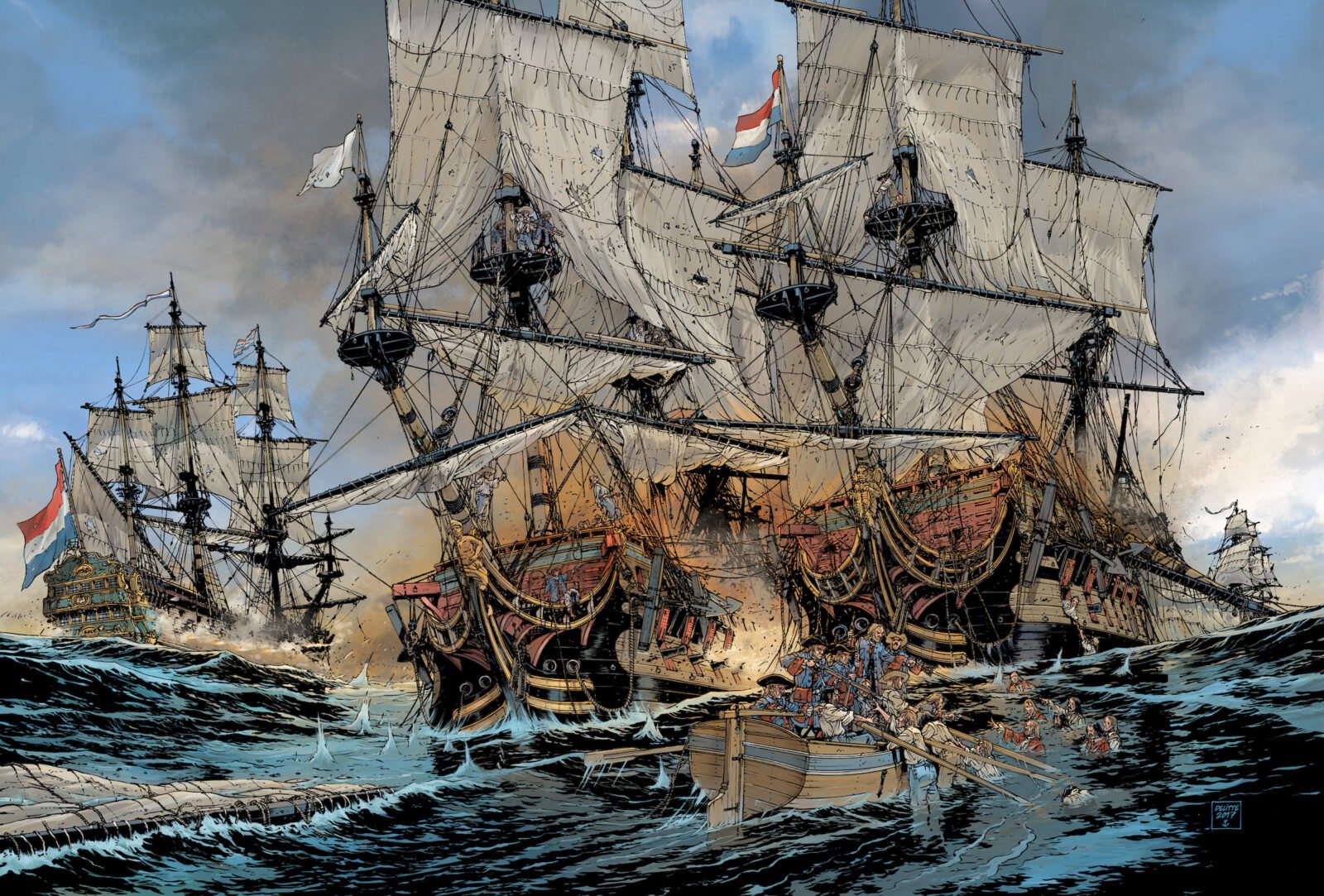 Jean-Yves Delitte is an artist who started out working for the famous and much beloved Tintin series of comics, he paired with writer Philippe Richelle on the Donnington series of comics in the Tintin universe that started in 1984. Over the next few years Jean-Yves worked with a series of writers to create the graphic novels The Behind the Scenes of Power, The Neptune, The New Tsars, Belem, Black Crow, and The Blood of the Cowards.

A native of Brussels, Delitte originally trained as an architect and a designer, this would remain his day job for many years even as he created countless thousands of individual artworks to illustrate over 50 comics and graphic novels that have been translated into countless languages and sold around the world.

Delittle is now an official painter of the Navy, a full member of the Academy of Arts and Sciences of the Sea, the President of the Belgian Naval Painters, and he’s been awarded the Knight’s Cross of the Order of the Crown.

This series of works by Delittle depict famous naval scenes, ships, aircraft, and U-boats from history, all illustrated using his trademark style. If you’d like to see more of his work you can view some of his graphic novels here. 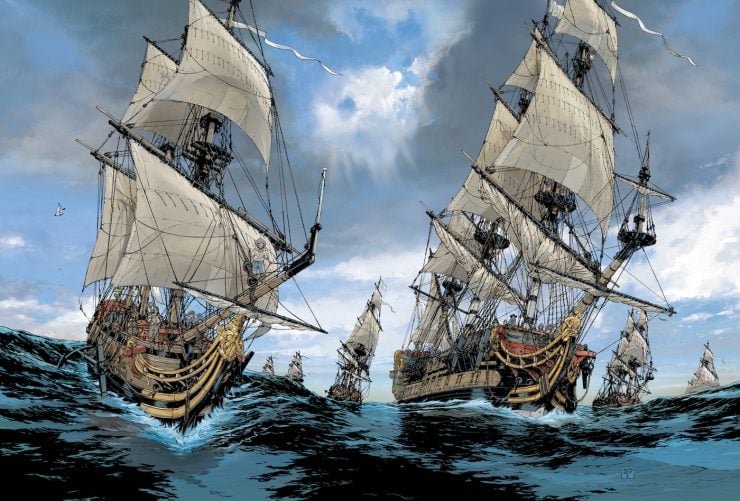 The long boat La Biche side by side with the 54-gun ship Le Maure under command. Other vessels form the wing to the orders of the captain of the ship, Jean Bart. The ships are: Le Fortuné, Le Comte, the Migon, the Adroit and the Jersey, noted in the States of the Navy “Gerzé”. Following two armed fluyts: the Portefaix and the Bienvenu. 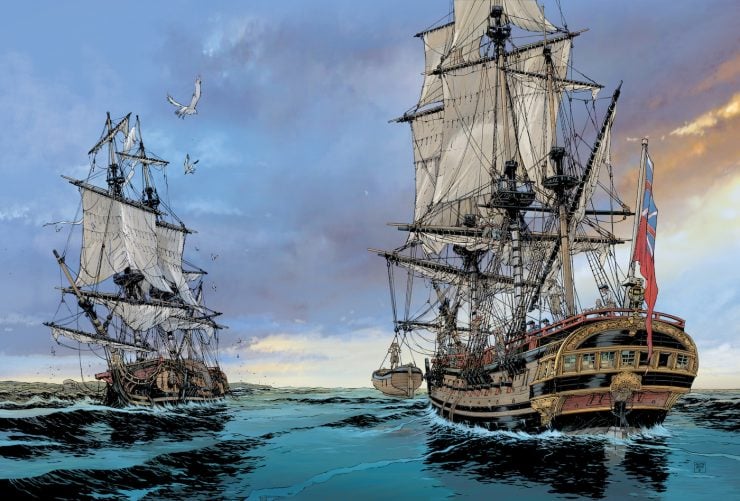 The HMS Rose was a frigate of IX (IXpdrs) ranked in the 6th place (sixth-rate) of the Royal Navy. She is the image of the Royal Navy in the 18th century, elegant, powerful, agile, and present on all the seas of the world. Launched in 1756, after having served for more than twenty years, ended his career proudly in sinking itself in front of Savannah in 1779 during the war of Independence of the United States (American Revolutionary War). 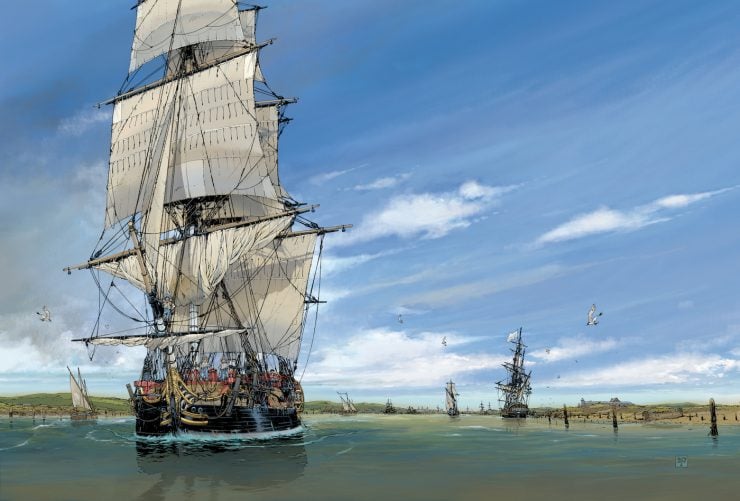 ↑ The frigate Hermione going up the Charente in November 1779

The beautiful frigate XII is entered into history because it led, in the first months in 1780, the Marquis de la Fayette to the Americas. The French nobleman brought to the insurgents the announcement that the Kingdom of France was going to officially support them in the war against the English. 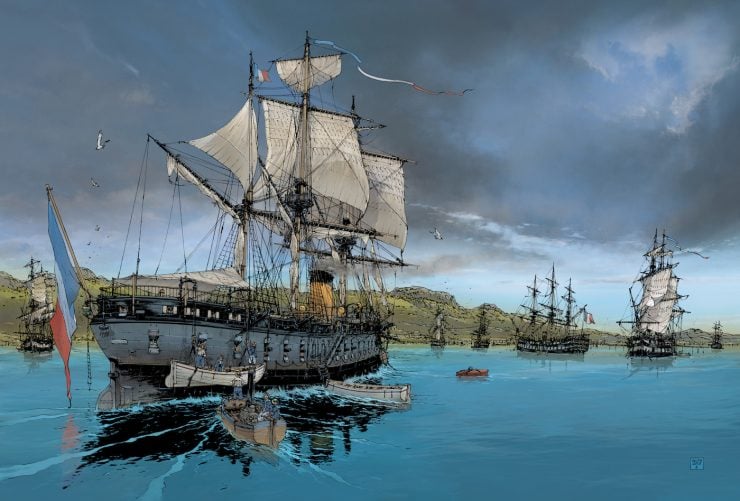 ↑ The armoured frigate Gloire in the roadstead of Toulon in 1860

Launched in 1859, The Gloire was the first armoured ship in the world. Unfortunately, the ship, still build of wood with a shielding in sheet partially covering its hull (carène), it was quickly outdated. A few months after its launch, the Royal Navy launched the frigate HMS Warrior with a hull of iron. 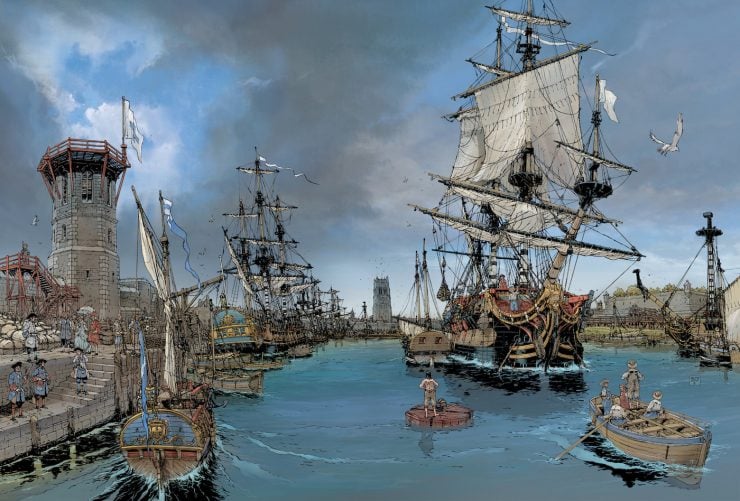 The Alcyon was a frigate ship of 1st French order classified in the 4th rank in the Navy. She was the legendary french privateer Jean Bart’s ship, who later became captain. 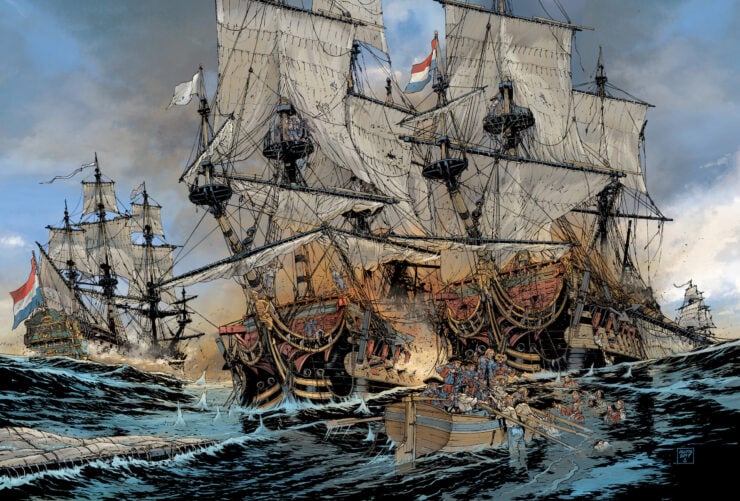 Although less in number and firepower. The French squadron of only 6 ships carrying 288 cannons will attack and defeat the Dutch squadron of 8 ships with 382 cannons. This achievement will enter Jean Bart into history. 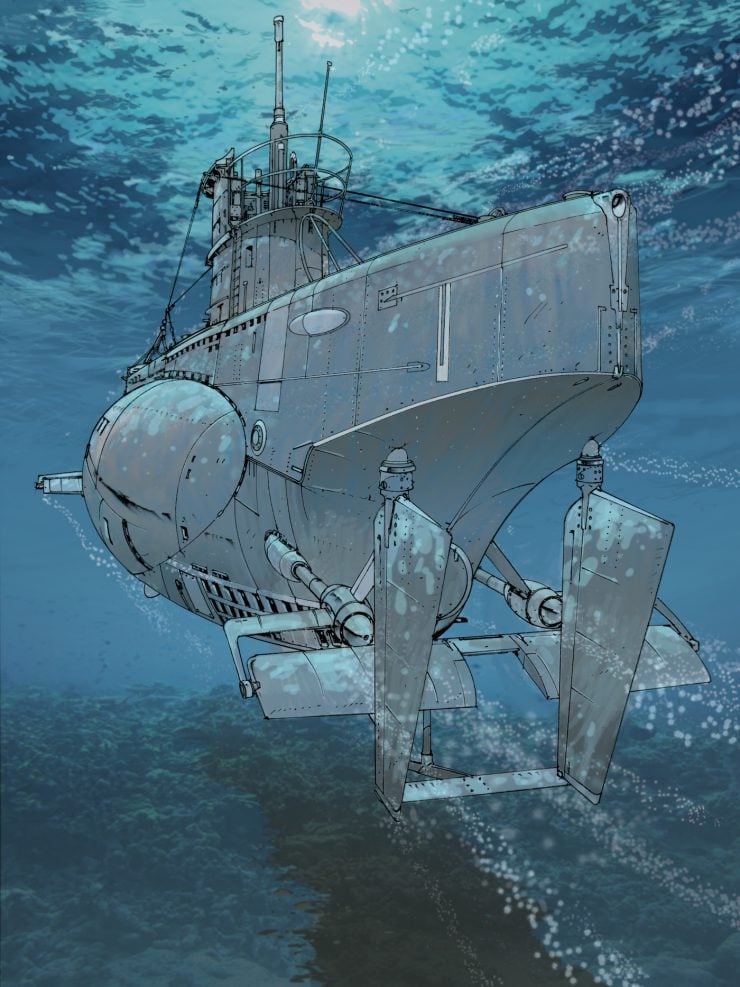 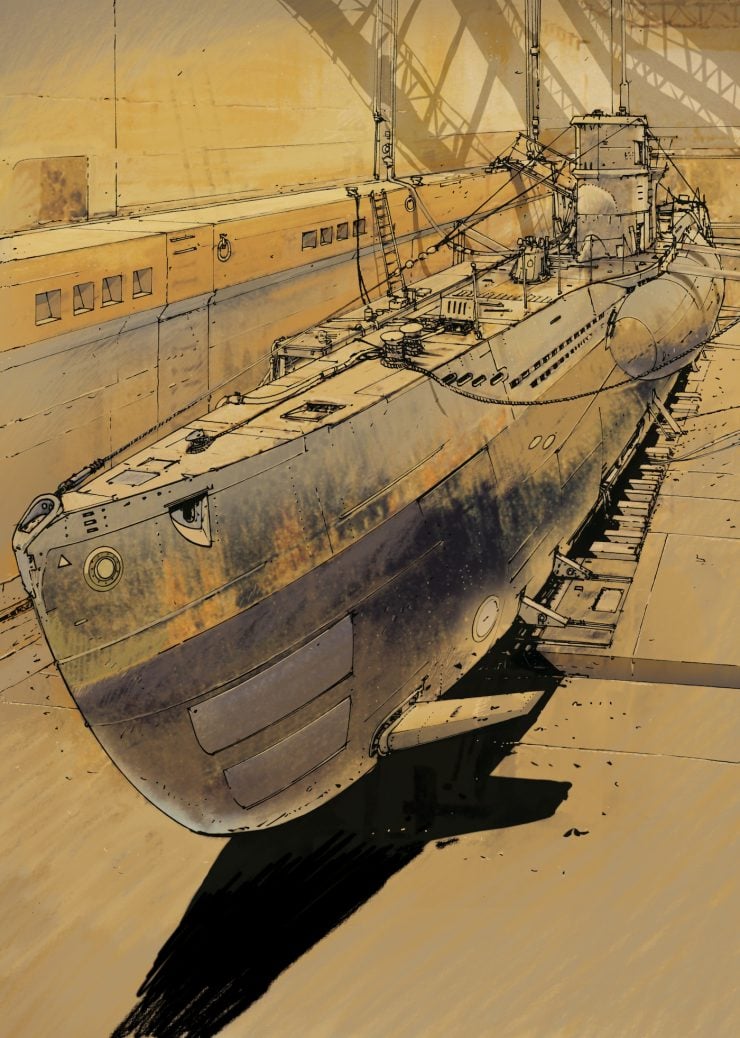 With the First World War the ‘unterseeboot’, the U-Boot, had demonstrated their dangerousness. During the Second World War, thanks to several technical developments, the submarines became a relentless war machine, the VII model became a long iron lance. The ASDIC – Anti Submarine Detection Investigation Committee, renamed in 1943 to SONAR – Sound Navigation And Ranging – will quickly demonstrate its effectiveness in the hunt for submersibles. 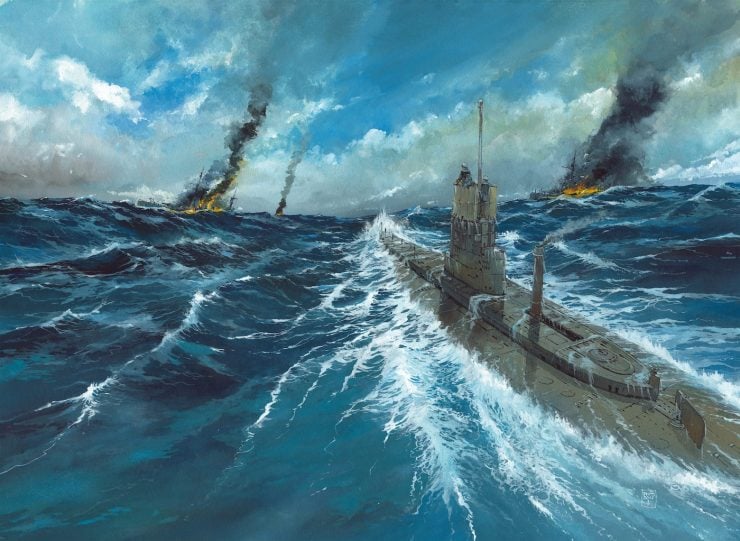 In the first months of World War 1, the Royal Navy, the first sea world power, is still convinced of his great power and its invulnerability. A frail submarine of the Imperial German navy will then remind the English of the hard reality of war. The U9 SM, with a length of more than 160 ft, and a displacement of 600 tonnes, a speed that does not exceed 15 knots, and armed with only 6 torpedoes will sink in a little more than an hour on 22 September 1914, three armored cruisers: HMS Aboukir, Hogue, and Cressy. Each of the British ships moved more than 12,000 tones. 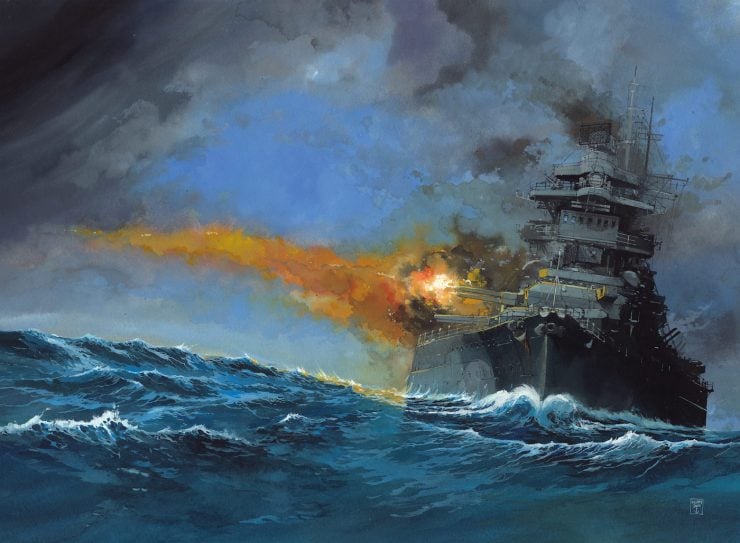 In May 1941, the world had been at war for nearly two years, France had surrendered and the English were then the bulwark against Nazi tyranny. Convinced of his power, the Kriegsmarine is going to challenge the Royal Navy with one of its flagships, the Bismarck. A first confrontation in the cold waters that surround Iceland will also turn to the advantage of the Germans. In May 24, 1941, the majestic battle cruiser HMS Hood was sunk and the battleship HMS Prince of Wales, damaged, was forced to retreat. 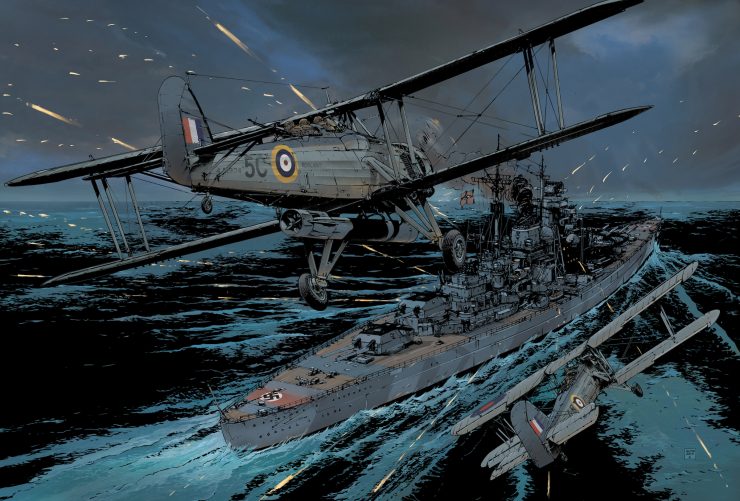 ↑ The Bismarck attacked by a squadron of aircraft torpedo Fairey Swordfish, May 25, 1941

After the disaster of the battle of the Denmark Strait on May 24th, 1941, the Royal Navy has only one order: “Sink the Bismarck”. In the night of May 25, an obsolete aircraft torpedo Fairey Swordfish took off from the HMS Victorious, in an attempt to intercept the Bismarck. A single torpedo will reach target without causing real damage to the German Battleship. 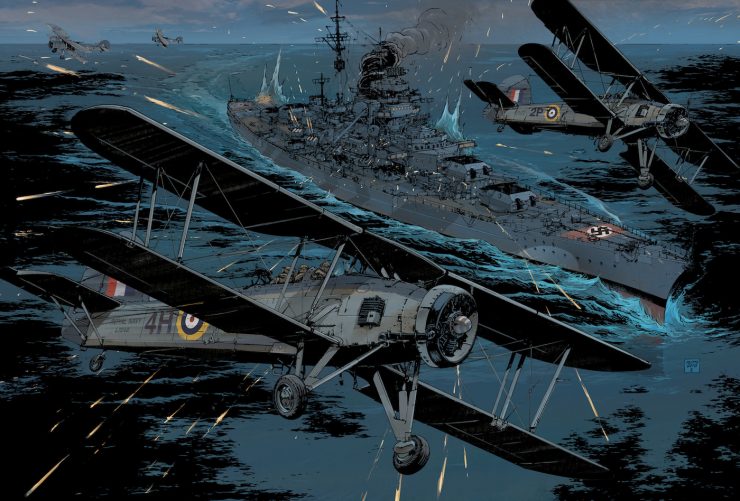 ↑ In the twilight of May 26, 1941, the second attack on the Bismarck by aircraft torpedo Fairey Swordfish

The chase between the forces of the Royal Navy and the German battleship continues. At dusk on May 26, 1941, the Bismarck suffered a second attack of Fairey Swordfish torpedo planes. This time, one of the English torpedoes will damage the rudder of the Bismarck. Damage which will be fatal, because deprived of his leadership, the German battleship is doomed to make circles in the water until the Royal Navy finishes it off. 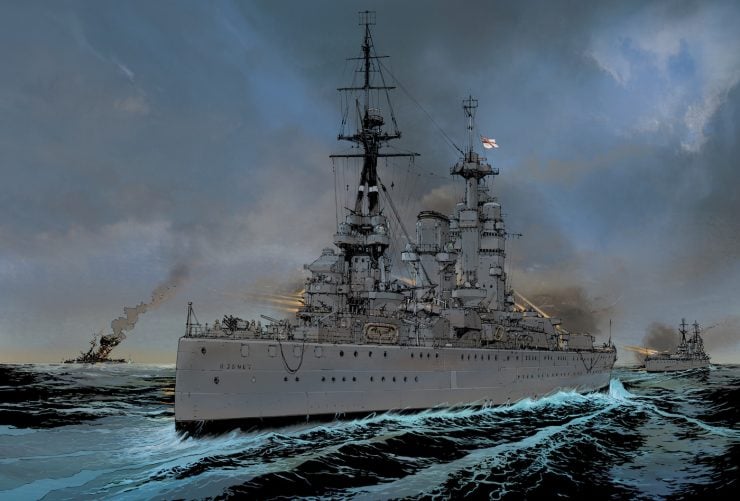 Killing the Bismarck will last several hours. A fleet surrounded the German Battleship with as a conductor, the battleships HMS King George V and HMS Rodney. The Bismarck will attempt to resist, but his cannons will be silent, crushed by the shells of the HMS Rodney with its titanic cannons of 16-inch BL MK I. On 27 May 1941 at 10/35 the Bismarck sank. 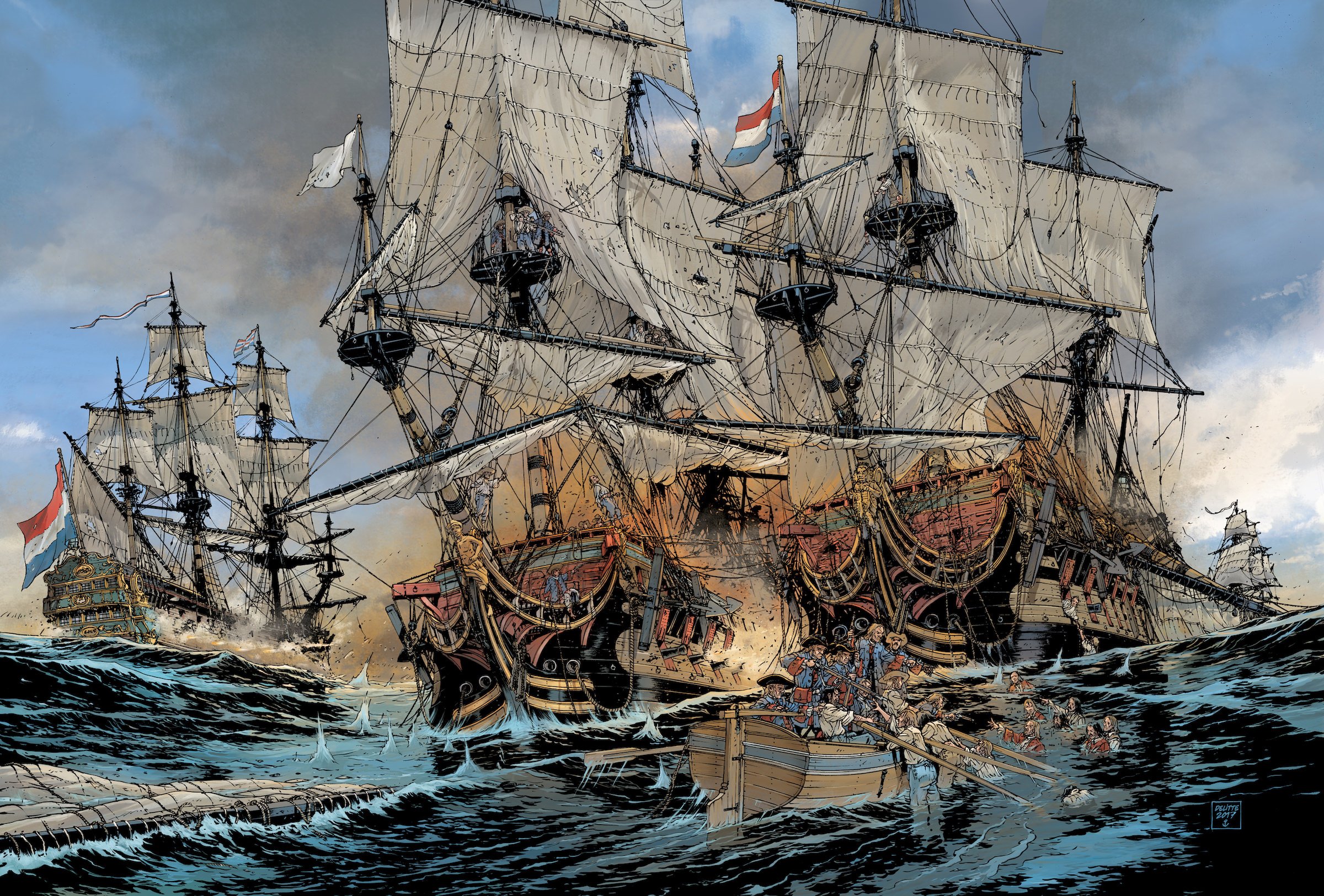