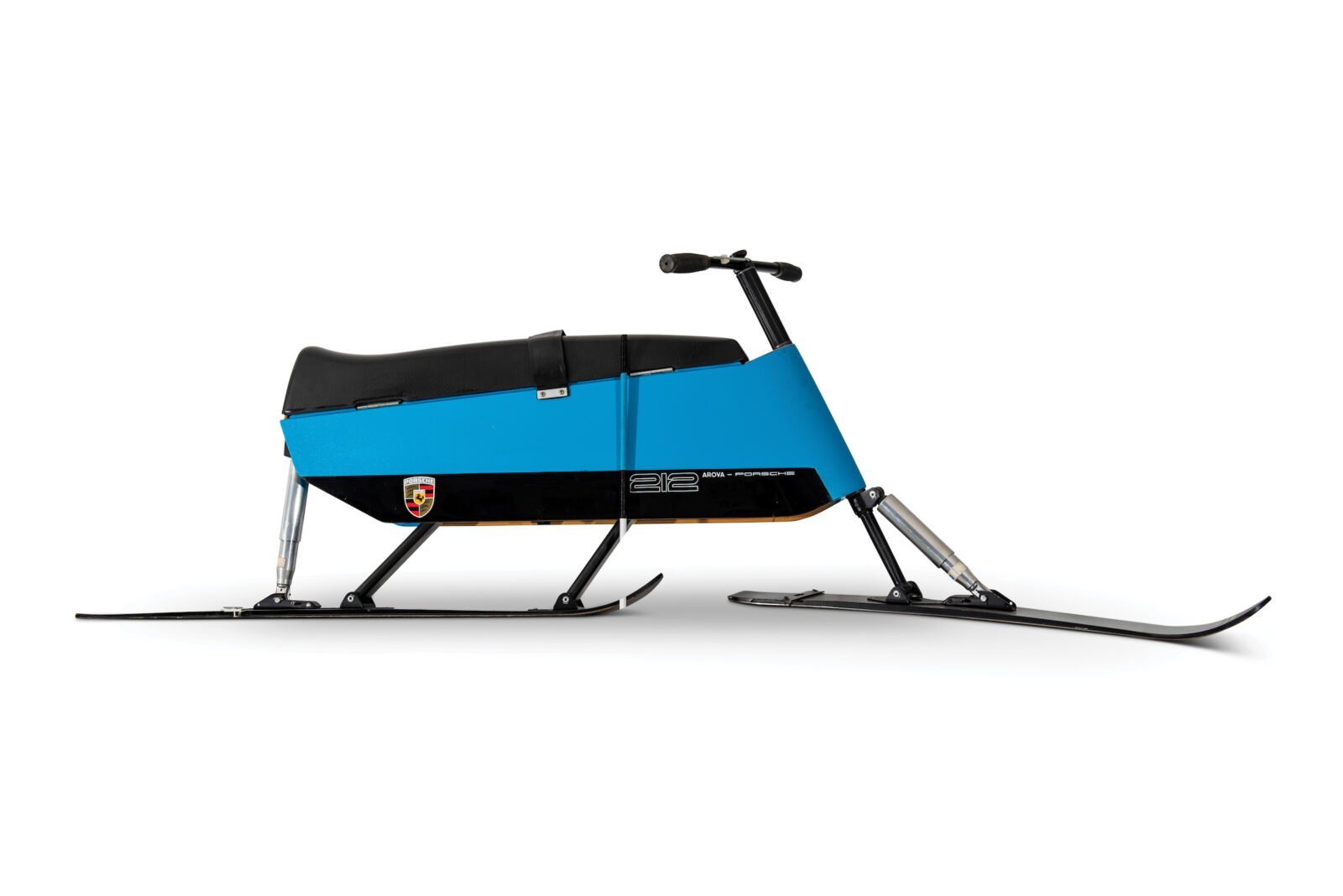 This is an original Arova-Porsche 212 Skibob, just a few hundred were made by skibob manufacturer Arova in 1970 for Porsche, and they were specially designed to be able to fold down small enough to fit into the 911’s trunk.

Skibobs were developed in the late 1960s as a new method of skiing, particularly for those who may be disabled or lack the leg and knee strength required for normal skiing.

The name is a contraction of “ski” and “bobsled”, early versions had front and rear skis called “feet”, and the front foot is steerable via the handlebars. Skibobbing quickly caught on and it’s remained popular, there are annual championships and modern skibobs have become remarkably advanced – they can reach speeds of 120+ mph in skilled hands.

The Arova-Porsche 212 Skibob was a collaborative effort between Arova, an established skibob maker and Porsche. The design was done by Porsche, and unusually for a skibob the 212 has front and rear shock strut suspension, and seating for two adults.

Porsche designed the 212 with a hollow body that can hold a thermos and a sandwich for a day on the slopes. When you pack it up the feet, suspension, handlebars, and steering shaft for transportation all the parts fit neatly into the body, allowing the 212 to fit into the front trunk of a 911.

With a total weight of approximately 14 kilograms the 212 is heavier than most skibobs, it has a body made from molded polyfoam, and aluminum struts with fibreglass feet.

Although this particular Arova-Porsche 212 Skibob is unlikely to see action on the ski slopes, very few if any of them are. They now make up popular additions to Porsche collections, but that’s only if you can find one, just a few hundred were made and it’s not known how many have survived to the modern day.

If you’d like to read more about this skibob or register to bid you can click here to visit the listing at RM Sotheby’s. 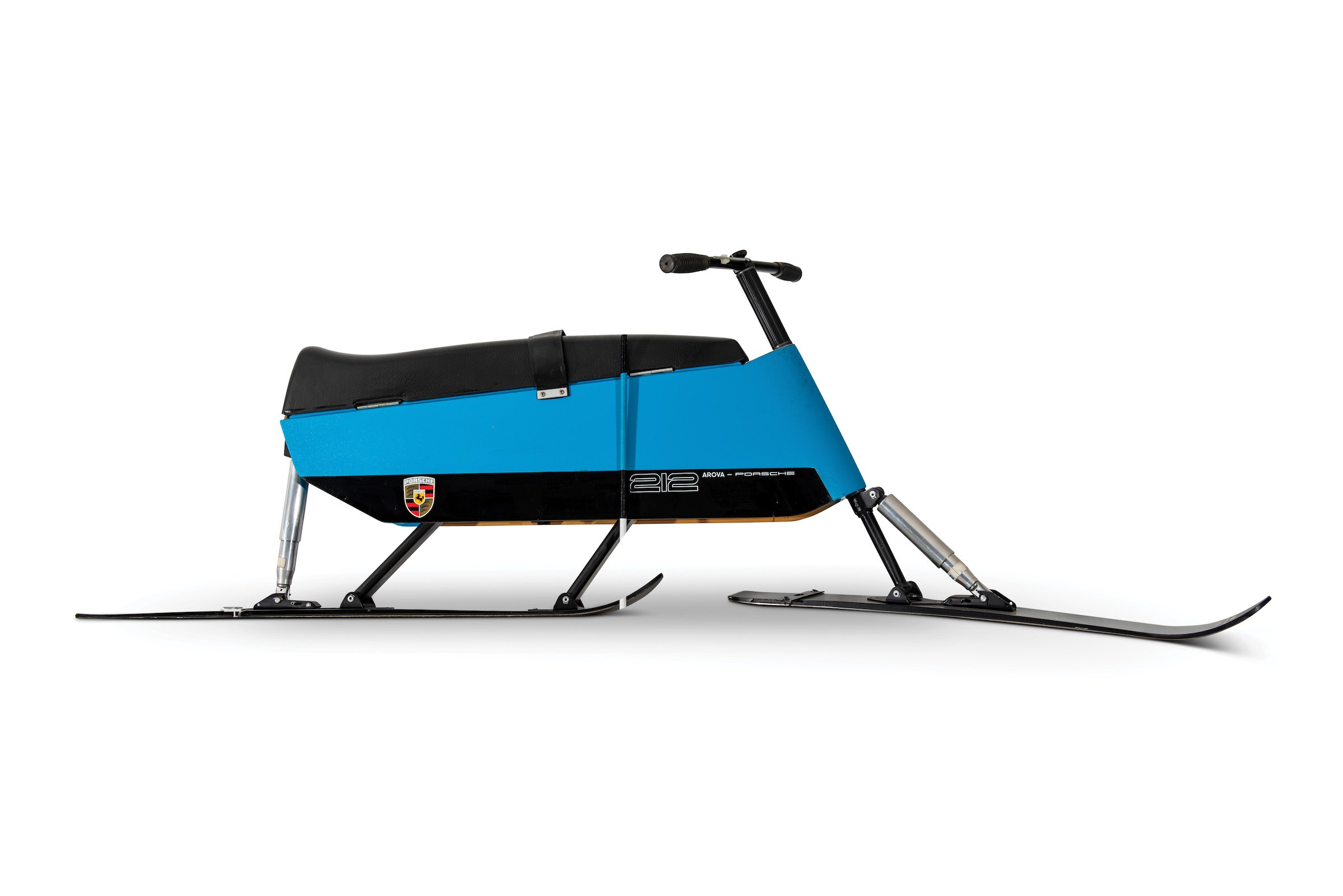