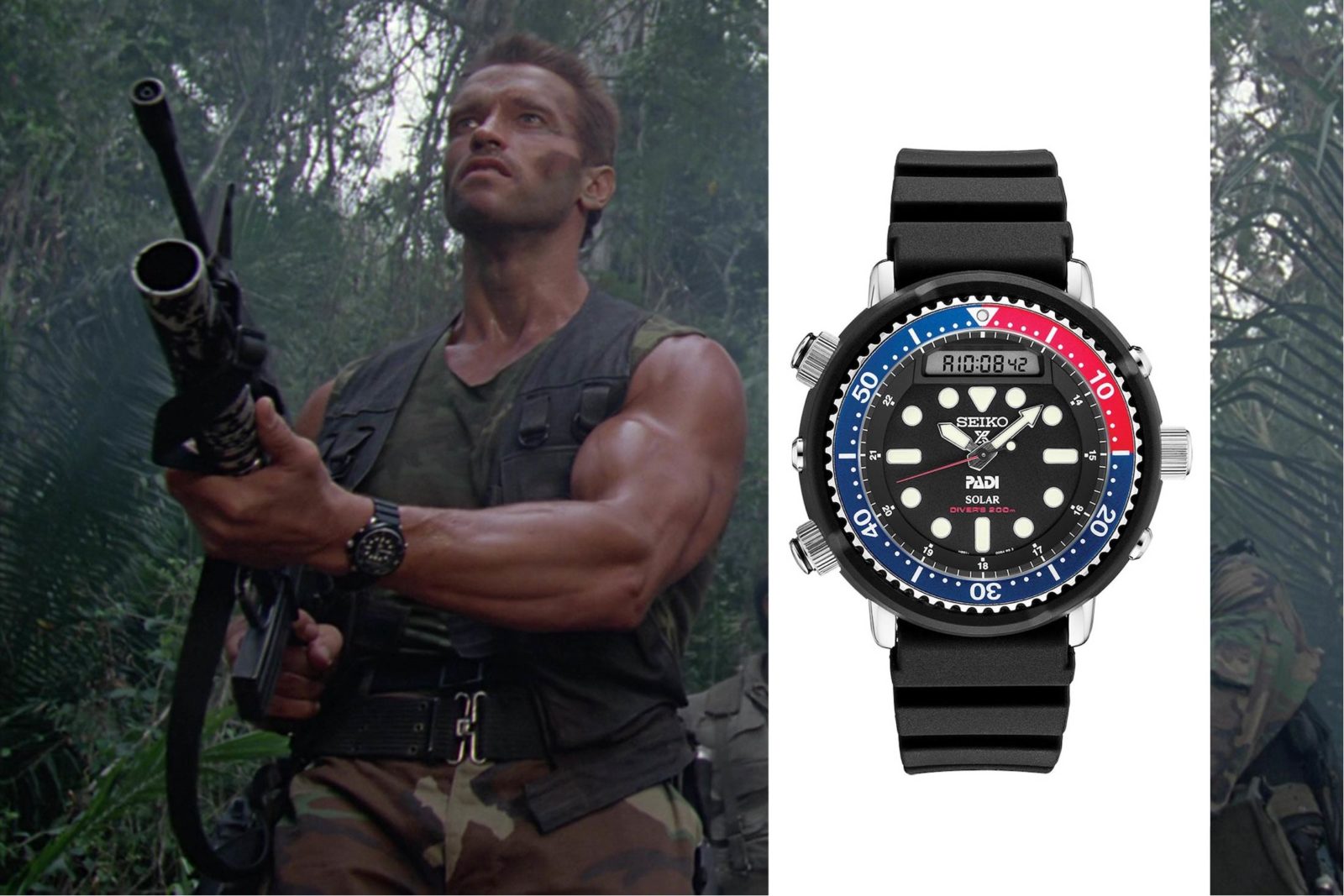 Seiko announced in 2021 that they were reissuing the Hybrid Dive Watch, often referred to as the “Arnie Watch” due to its appearance on the wrist of Arnold Schwarzenegger in the films “Predator” and “Commando.”

The reissue has proven hugely popular, largely because of its association with Schwarzenegger and two of his most iconic 80s films, but also because they’re excellent watches with an affordable MSRP of $525 USD.

When Seiko reissued the 1982 Hybrid Diver’s Watch with some modern upgrades there was much interest in the watch collecting community. 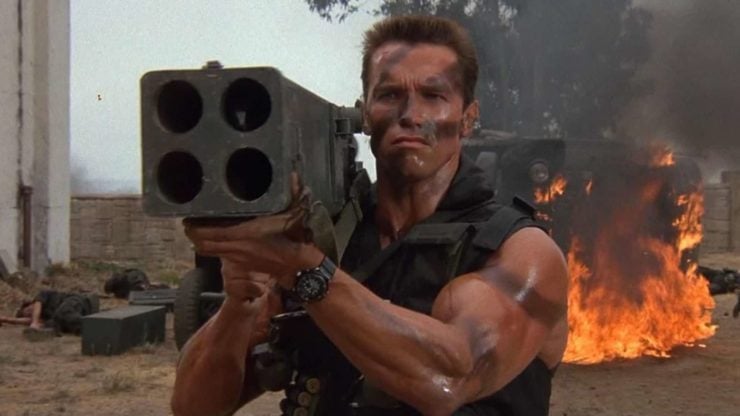 Arnold Schwarzenegger in the film Commando (1985), here you can see him wearing the black Seiko Hybrid Diver’s Watch from the 1980s.

The original version of the watch had become popular in the 1980s due to its toughness, its combination of both analogue and digital elements, and of course for its appearances in the films Commando (1985) and Predator (1987).

The new version of the watch makes it just as ideal for commando duties as its forebear, it has a tough case, a screwdown crown, pushers, and caseback, a hassle-free silicone strap, and it’s water-resistant to 200 meters (660 feet).

Unlike the original, the new version has improved modern solar and battery technology, it charges from sunlight right through the dial and the onboard rechargeable battery can last up to 6 months once fully charged.

This is the PADI Special Edition version of the watch, it has a classic blue and red color scheme and it’s been officially endorsed by PADI for use while scuba diving. Seiko also notes that the watch follows ISO standards and is suitable for scuba diving. 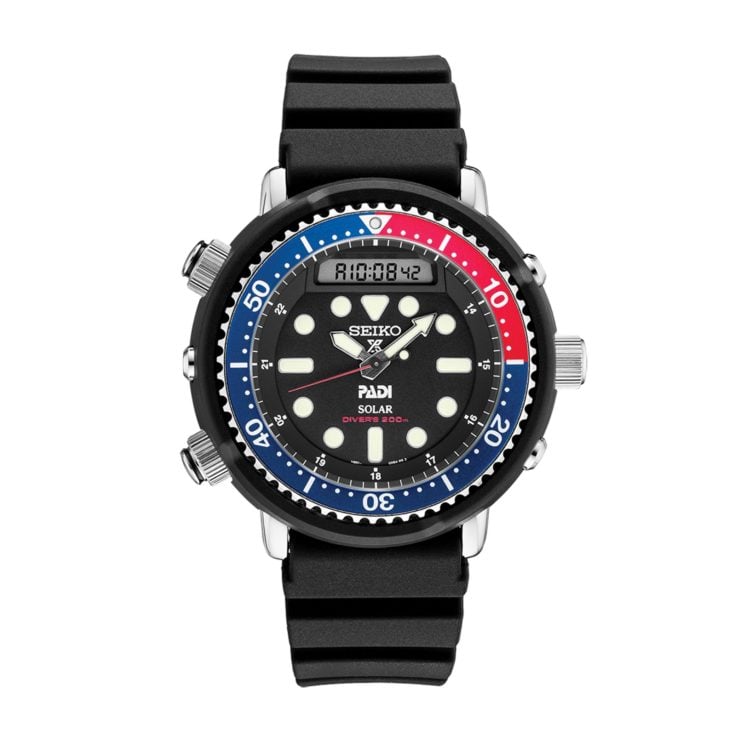