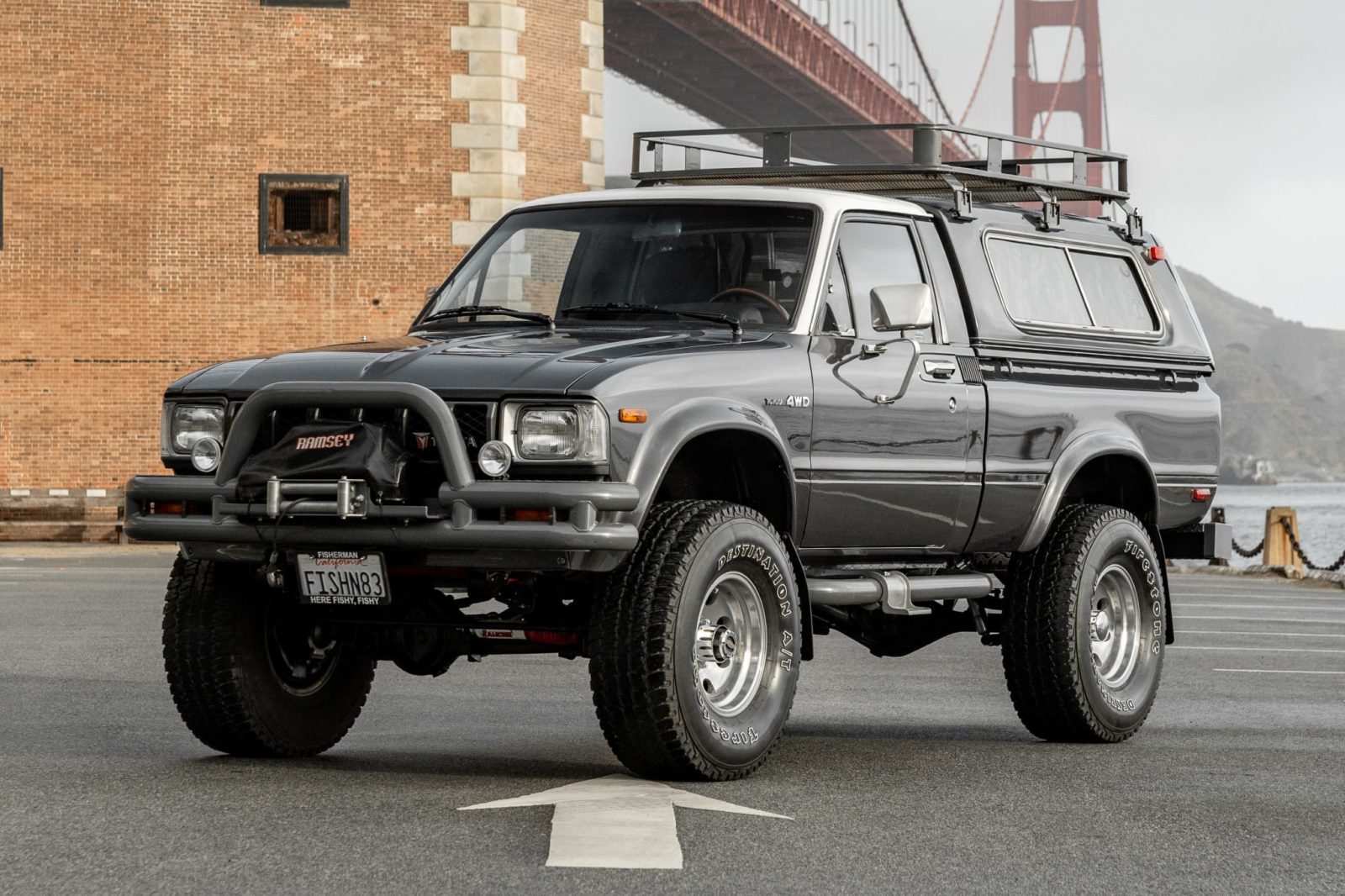 The Toyota Hilux, better known as the Toyota Pickup in the USA, is one of the most lauded four-wheel drives ever made. Their blend of reliability and toughness has seen them become a favorite of everyone from American weekend adventurers to Middle Eastern warlords and everyone in-between.

Since its introduction in 1968, the Hilux has been built in eight distinct generations. While the earliest examples of the model were two-wheel drive it would be the four-wheel drive versions that first appeared in 1978 that would define the truck, and ensure its ongoing success.

When Toyota first released the Hilux in 1968 it was a small, cheap pickup truck offered with rear-wheel drive only. It was destined to compete with the likes of the Datsun Truck, at the less-expensive end of the pickup truck market. 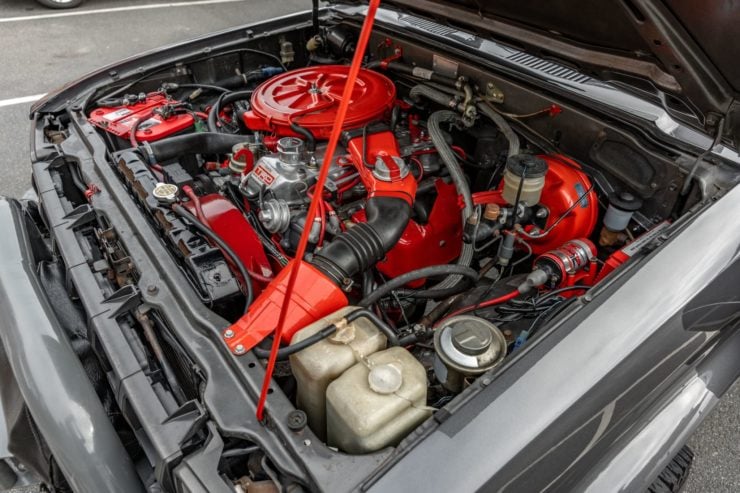 This Hilux has the 2.4 liter Toyota inline-four cylinder gasoline engine, it’s fitted with aftermarket headers and an MSD ignition.

The second generation Hilux appeared in 1972, it further refined the basic concept but it still only offered rear wheel drive.

In 1978 the third generation version appeared – this would be the model that formulated the DNA of all the Hiluxes that would follow, with its optional four-wheel drive system, increased ground clearance and more modern styling.

The fourth generation Hilux appeared for the 1984 model year, this would arguably become the most famous of all thanks to its prominent inclusion in all three Back To The Future movies as a key plot point in the various timelines.

So popular was this truck that a company was formed recently specifically to build replicas for fans of the film. 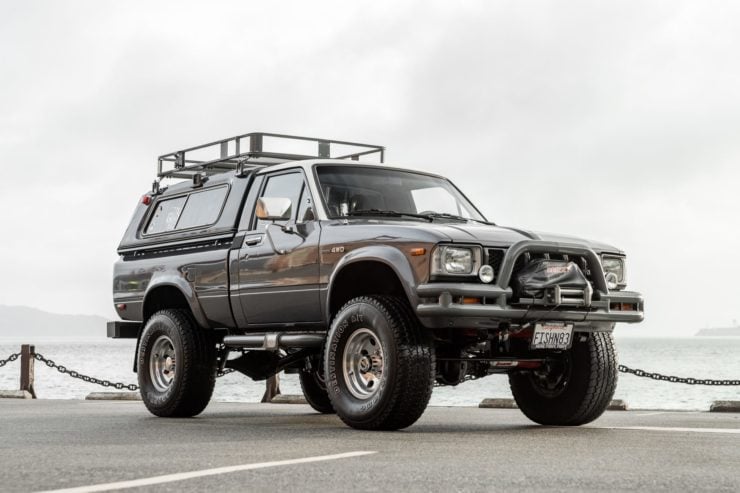 This Pickup has Detroit Truetrac locking differentials and a 2″ lift, it rides on 15″ alloy wheels fitted with 33 × 12.5 Firestone Destination A/T tires.

The truck you see here is a 1983 Toyota Pickup with the 5-speed manual transmission.

It features a slew of upgrades over the original, including Detroit Truetrac locking differentials, an aftermarket exhaust header, a two-inch lift kit, a camper shell on the back, a roof rack, steel bumpers, an 8,000 lb Ramsey winch, a receiver hitch, Recaro seats, air-conditioning, and an aftermarket stereo.

It’s now riding on polished 15″ alloy wheels which are fitted with 33 × 12.5 Firestone Destination A/T tires. Power is provided by the reliable 2.4 liter Toyota inline-four cylinder engine, with power sent to all four wheels via the dual speed transfer case and 5-speed gearbox.

This truck is currently being auctioned live on Bring A Trailer and there’s still some time left to bid. If you’d like to read more about it or register to bid you can click here to visit the listing. 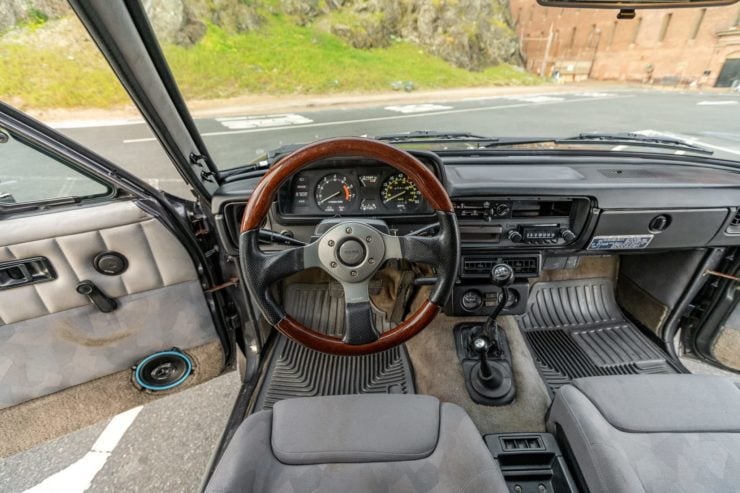 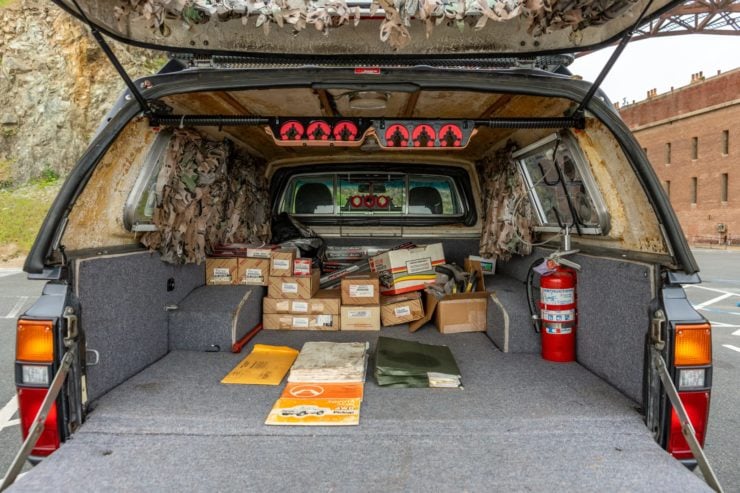 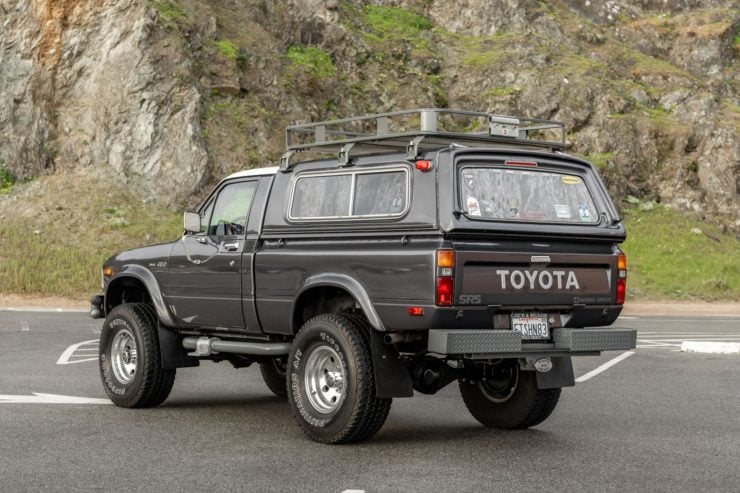 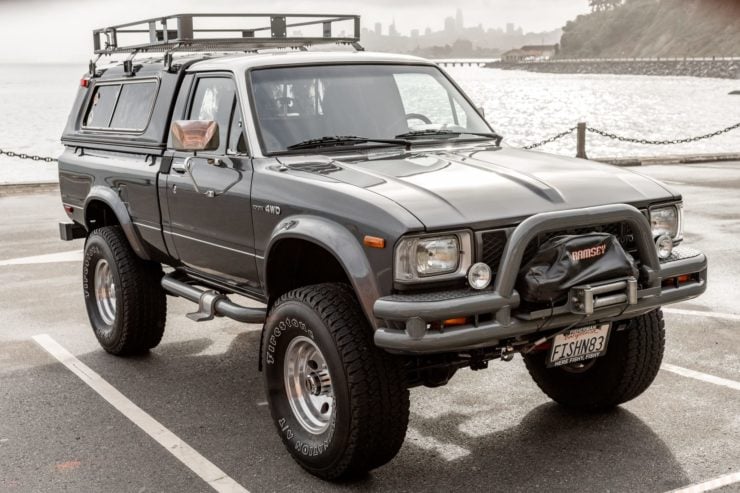 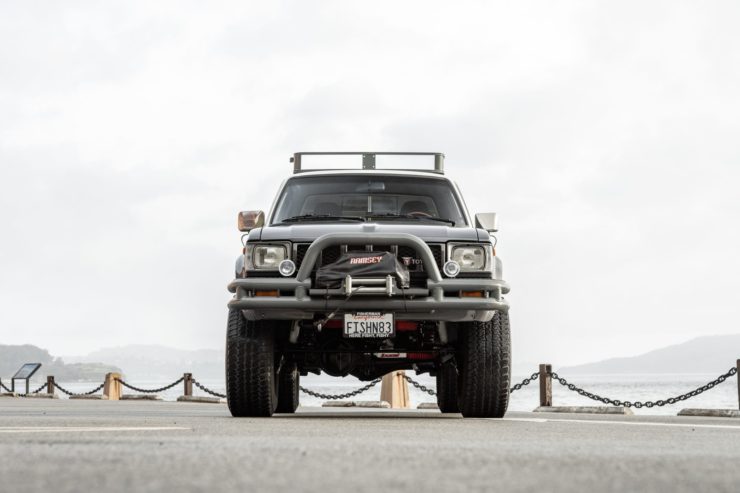 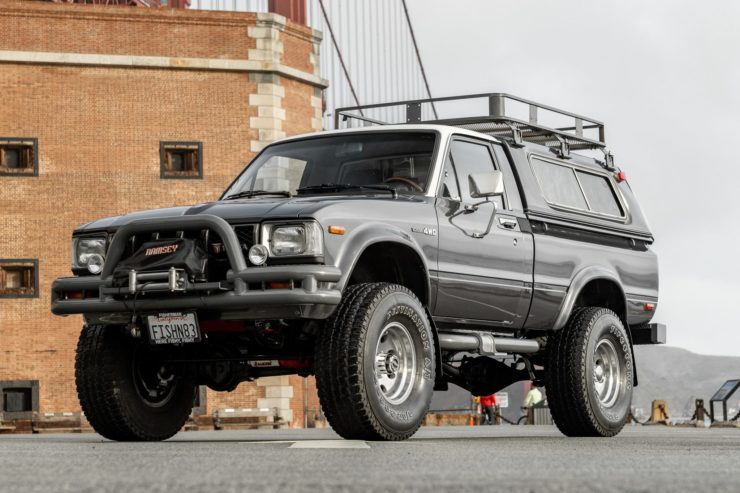 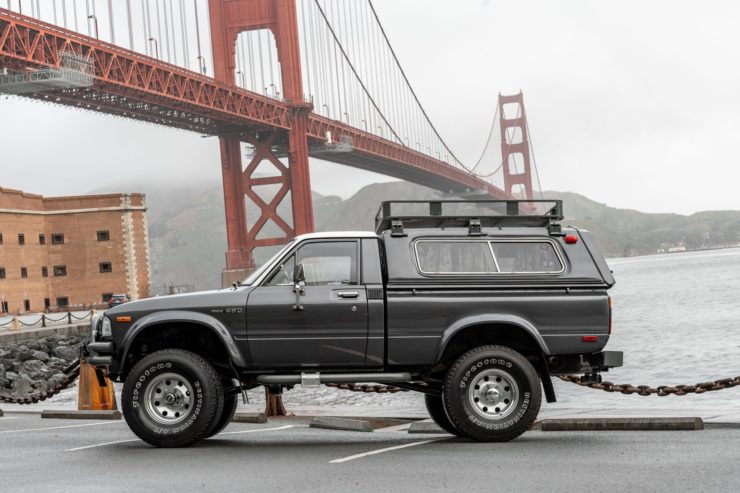 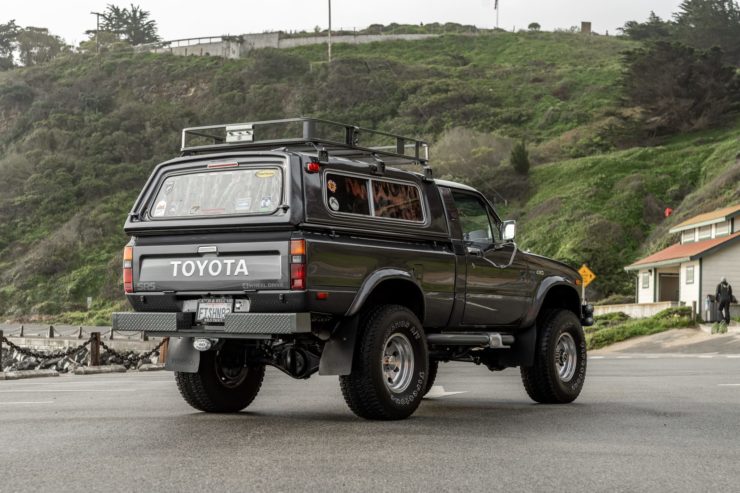 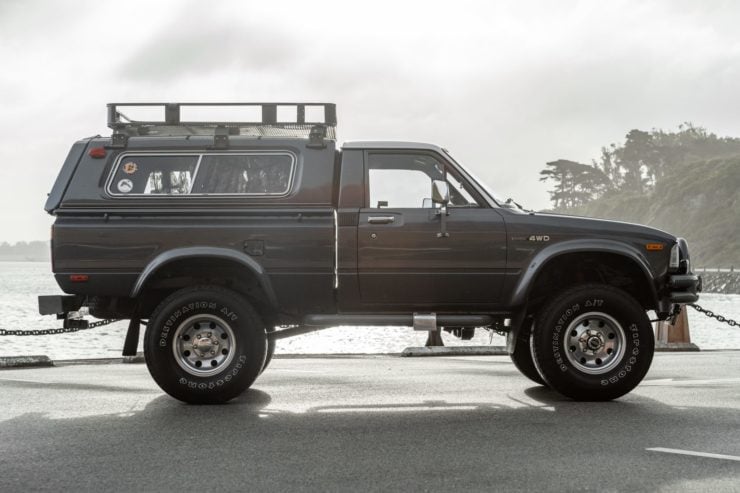 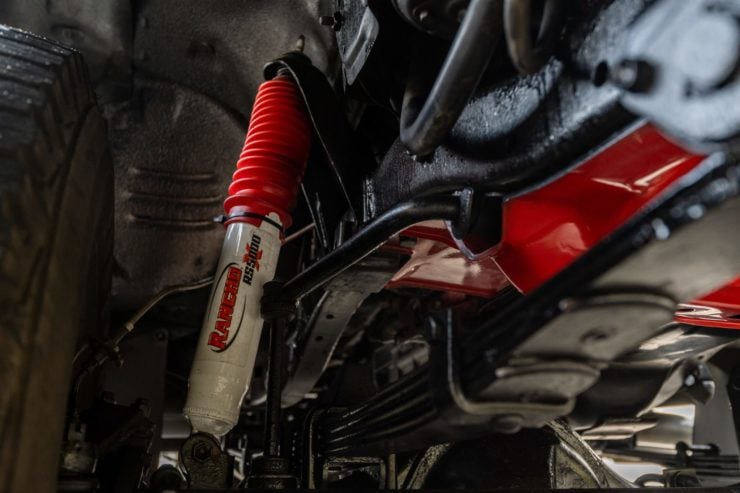 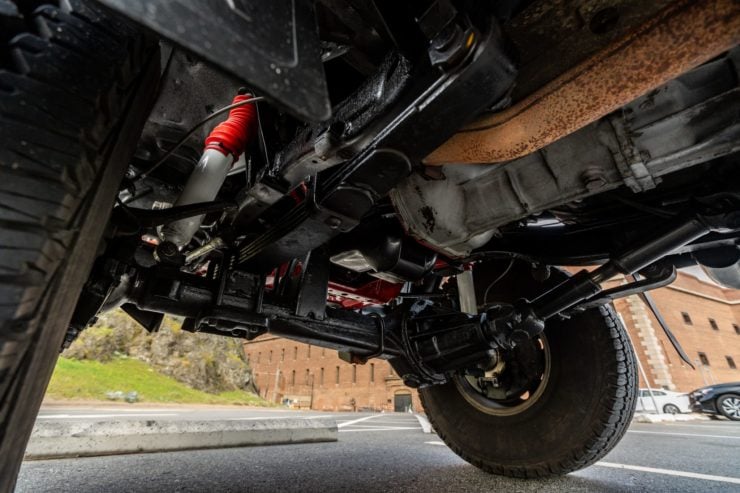 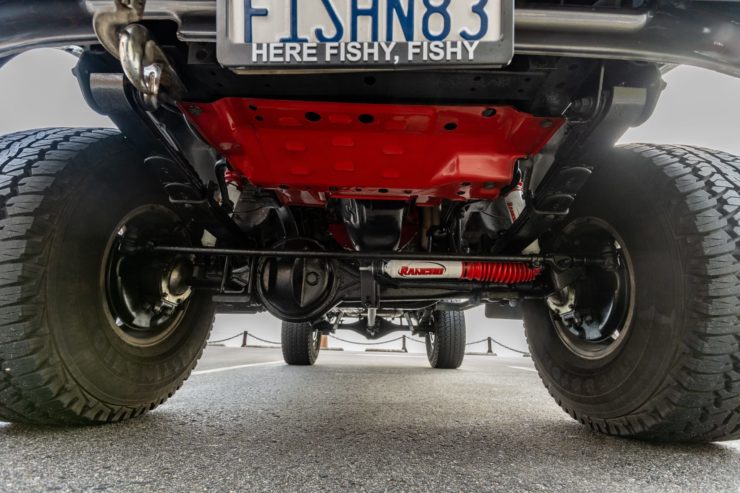 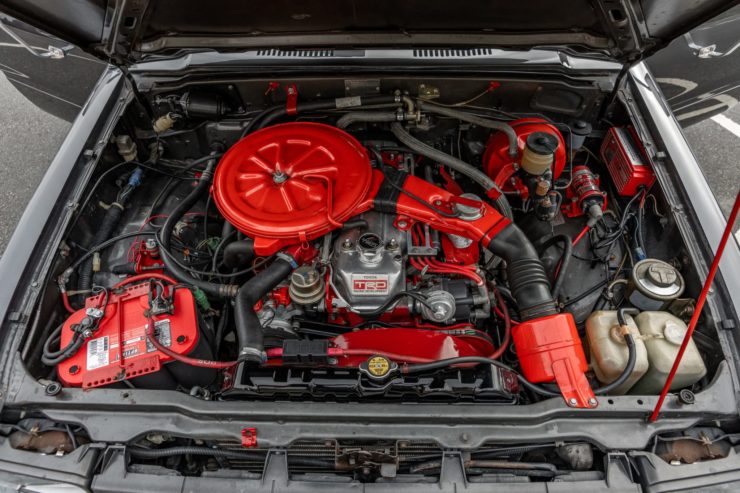 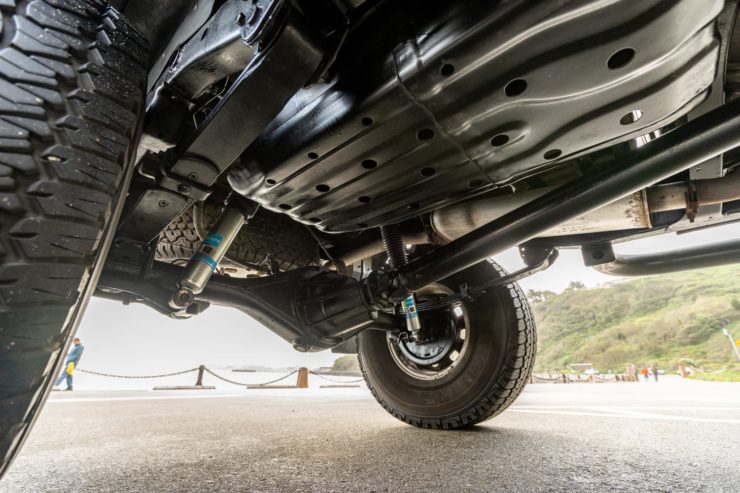 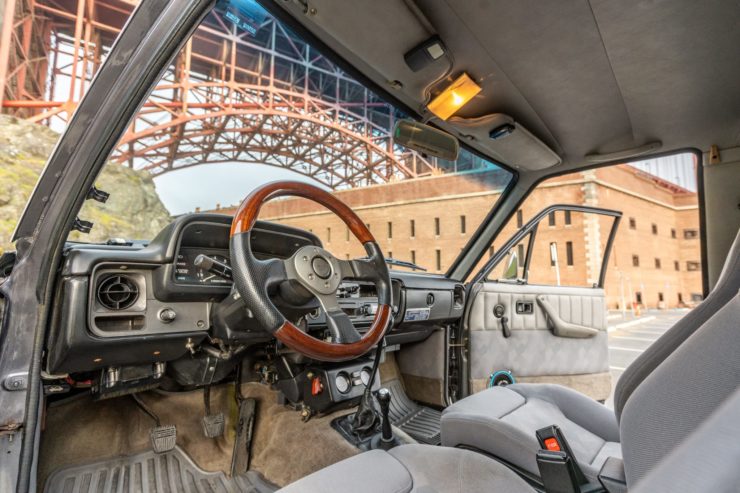