The 1965 Armstrong 500 was the sixth running of the event, an early precursor to the modern day Bathurst 1000. 1965 was the first year that non-Australian assembled cars were permitted to enter (so long as at least 250 of them had been road registered in the country), the race was separated into classes A, B, C and D.

As you’ve probably surmised, the D Class was by far the quickest. That said, there was hard racing right up and down the field – all done with no roll cages or the slightest whiff of nomex.

I can’t help but think that it’d be great if there was still a racing series where cars are taken off the showroom floor and raced in stock condition, obviously you’d have to put a roll cage, fire extinguisher and proper seat into the vehicle but keeping it in otherwise factory-spec shape would provide an excellent racing series that highlights the performance capabilities of real, road-legal production cars. 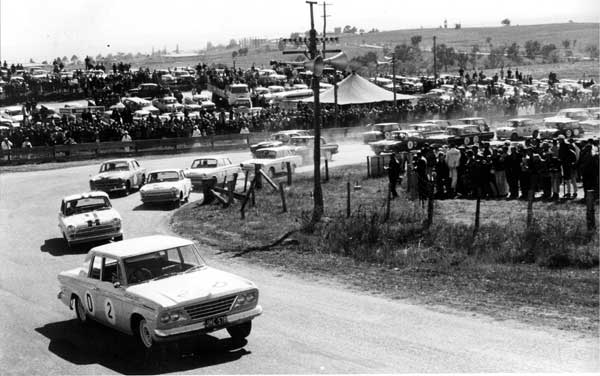