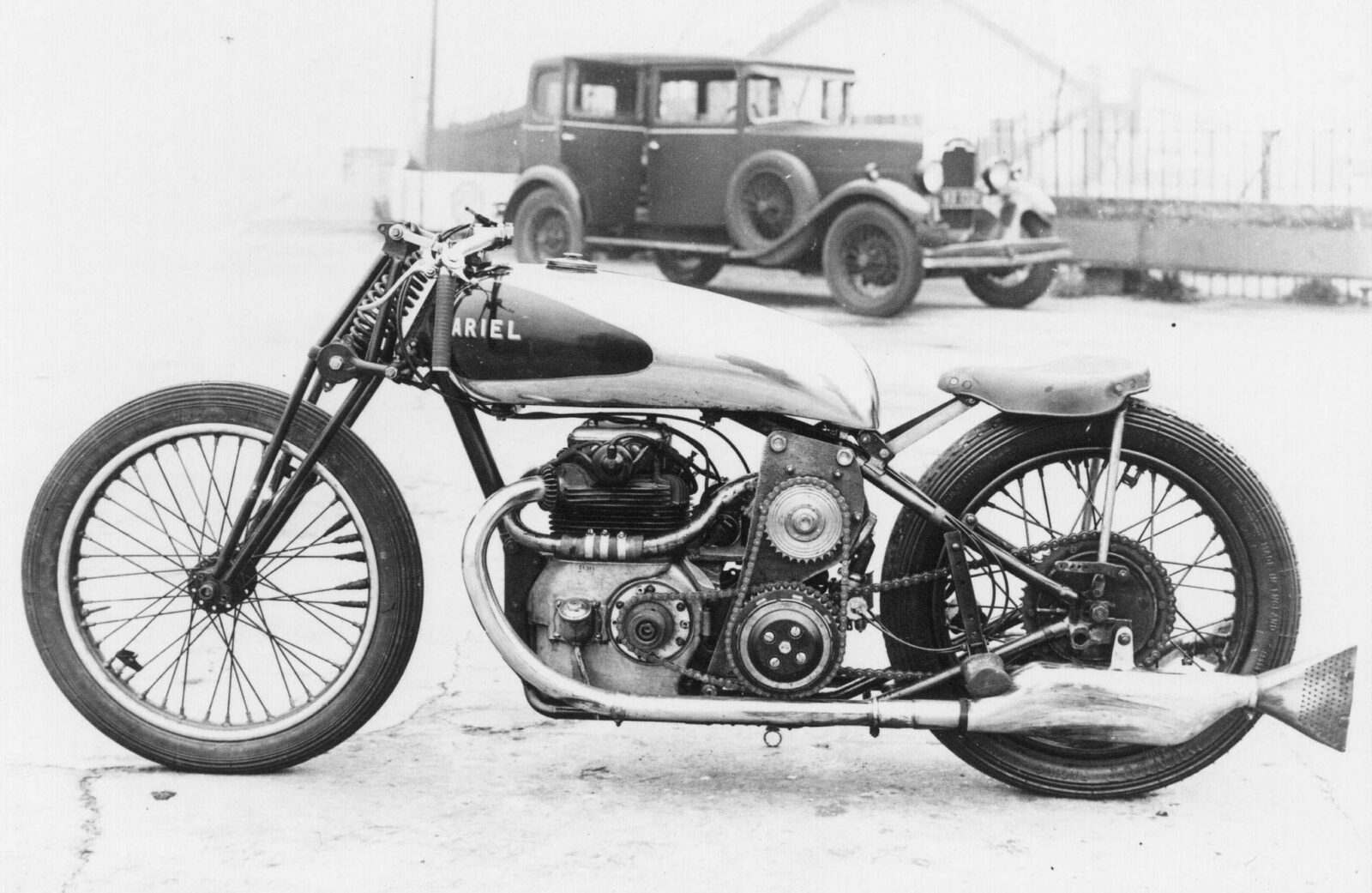 The Ariel Square Four was a sensation when it was released at the Olympia Motorcycle Show in 1930, the concept of putting four cylinders in a square and then counter-rotating the two crankshafts was a eureka moment and it allowed the engine to be exceptionally well-balanced with none of the gyroscopic forces encountered with a single spinning crankshaft.

Over the course of the model’s history it would be offered in a variety of different configurations and swept capacities, perhaps the most famous of the Square Fours would be the one you see above – it’s a supercharged 500cc version with no front brake. It was built by Ben Bickell who rode it at the Brooklands circuit in 1933, he achieved 110mph and very nearly became the first British 500cc motorcycle to cover 100 miles in 1 hour. 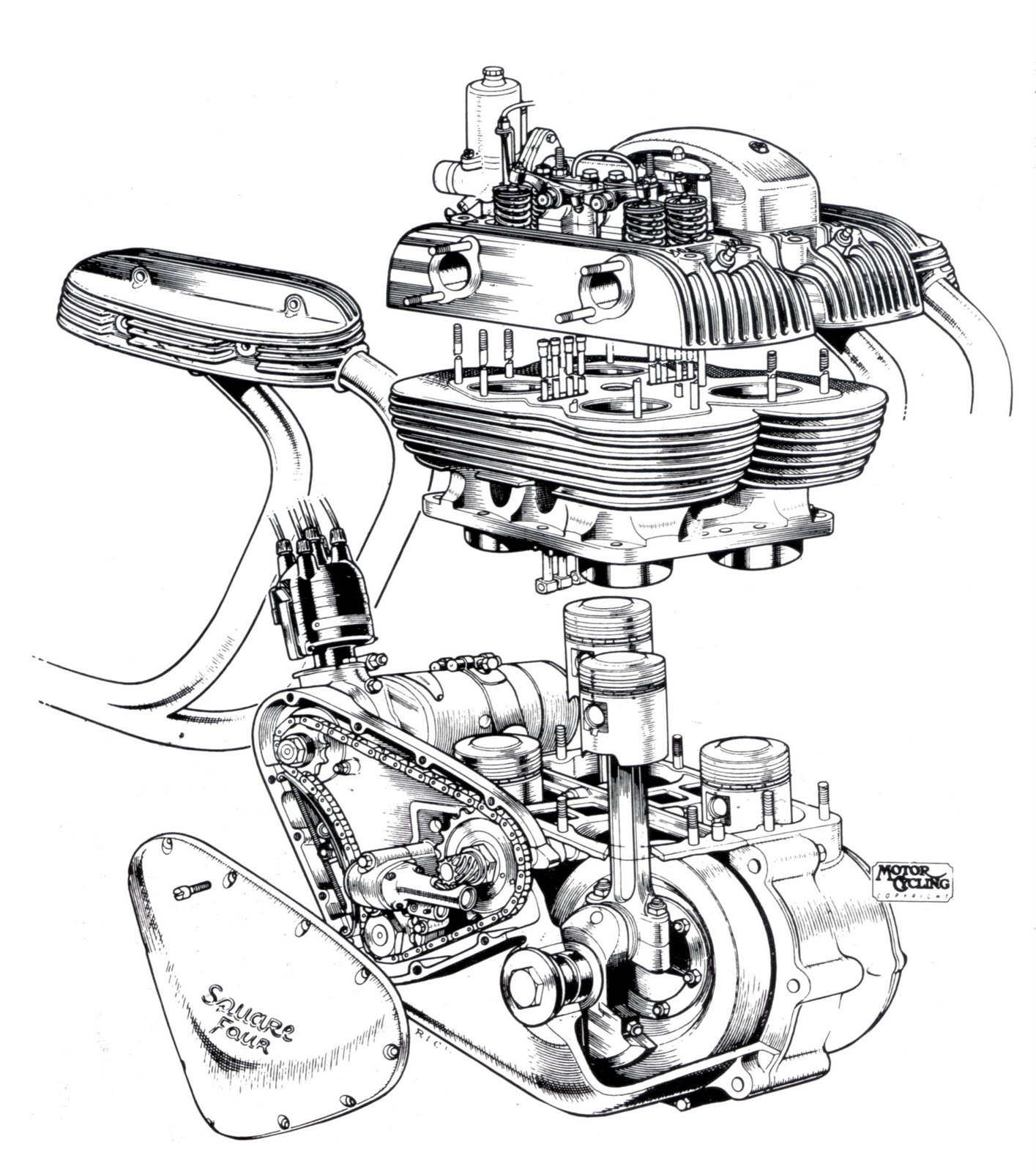 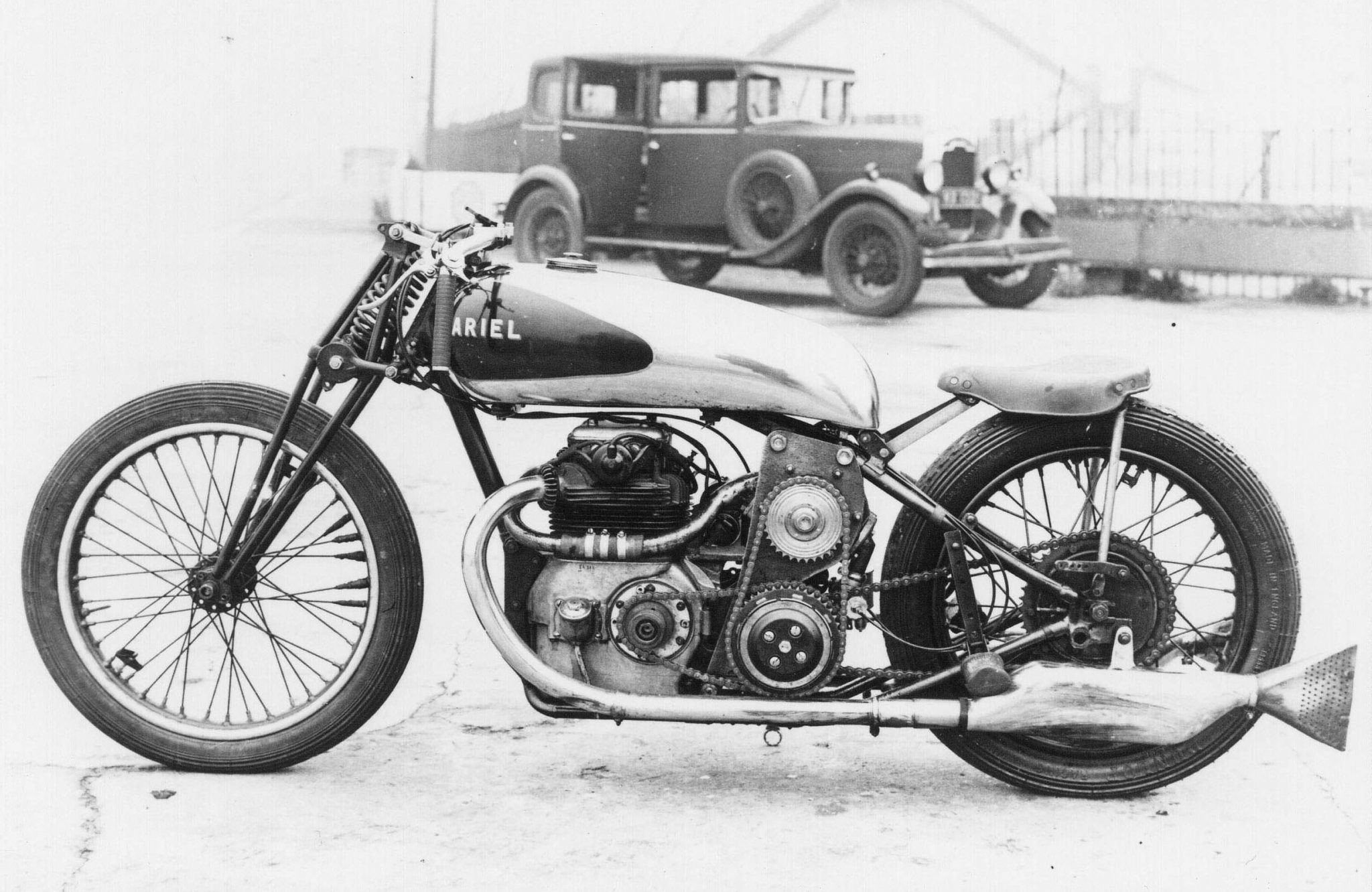