The Ariel Square Four has one of the most handsome engines ever fitted to a motorcycle, it’s an air-cooled 4-cylinder unit with the pistons arranged into a square with 2 crankshafts geared to each other. The ’54 model pictured here had a capacity of 1000cc and famously had so much torque that a rider could start the bike and ride off with it in top gear.

The Square Four was produced between 1931 and 1959, a relatively long production-run for a motorcycle and it resulted in ~15,000 units all in. Many of the original bikes are still on the road or in private collections with bikes like this one, a mint-condition ’54, coming up every now and then for auction.

The 1000cc version of the Square Four engine is capable of speeds well in excess of 100mph and the bikes provided an alternative to the powerful Vincent motorcycles of the same era. The Ariel pictured here recently underwent a 5 year restoration and hasn’t been ridden since, if you’re in the market for a classic litre bike, check out the eBay auction here. 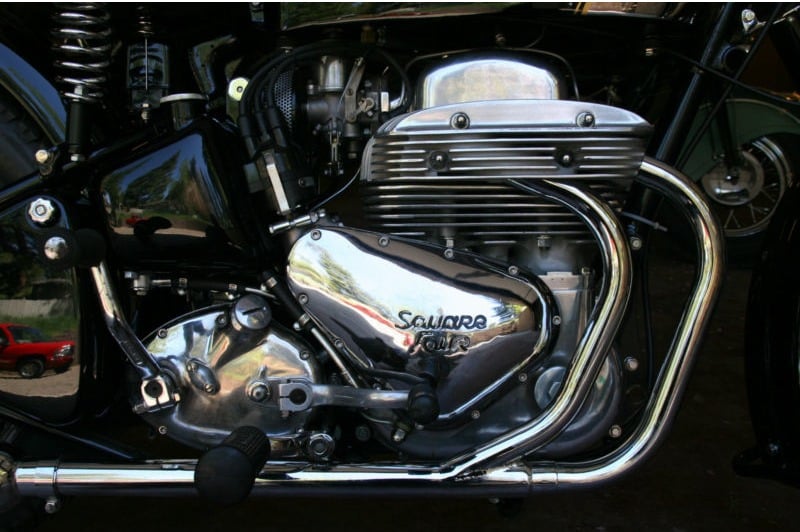 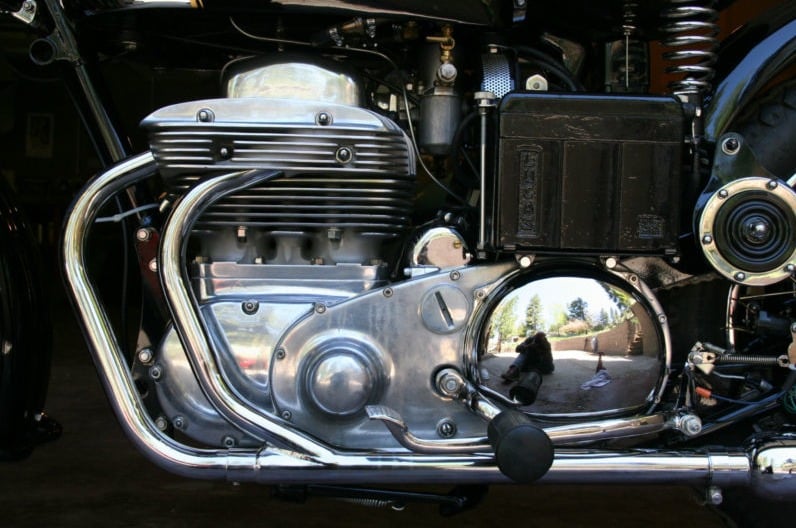 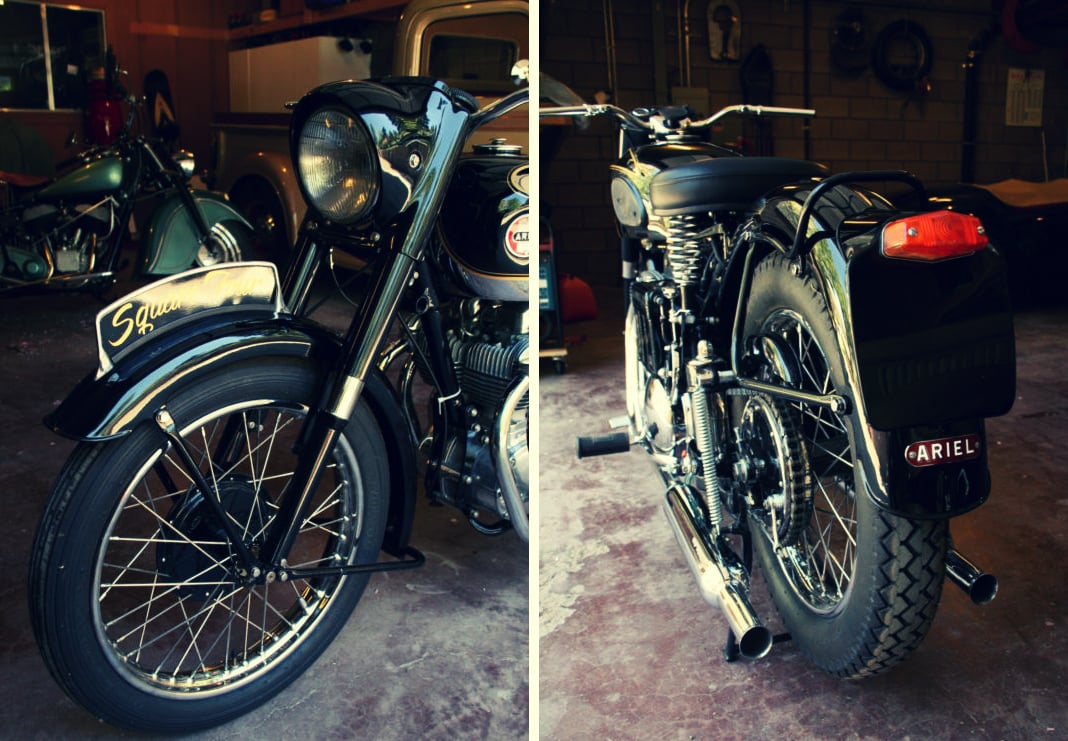 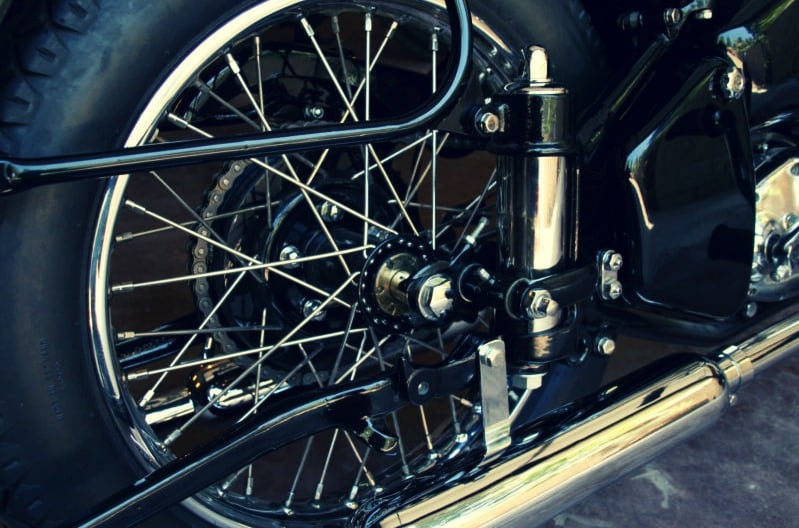 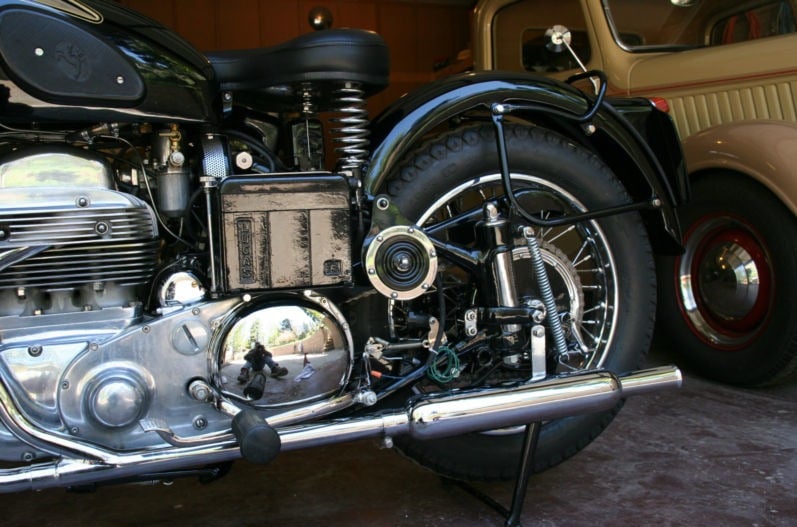