An Affordable Project Bike: 1936 Ariel Red Hunter – Would You Take It On? 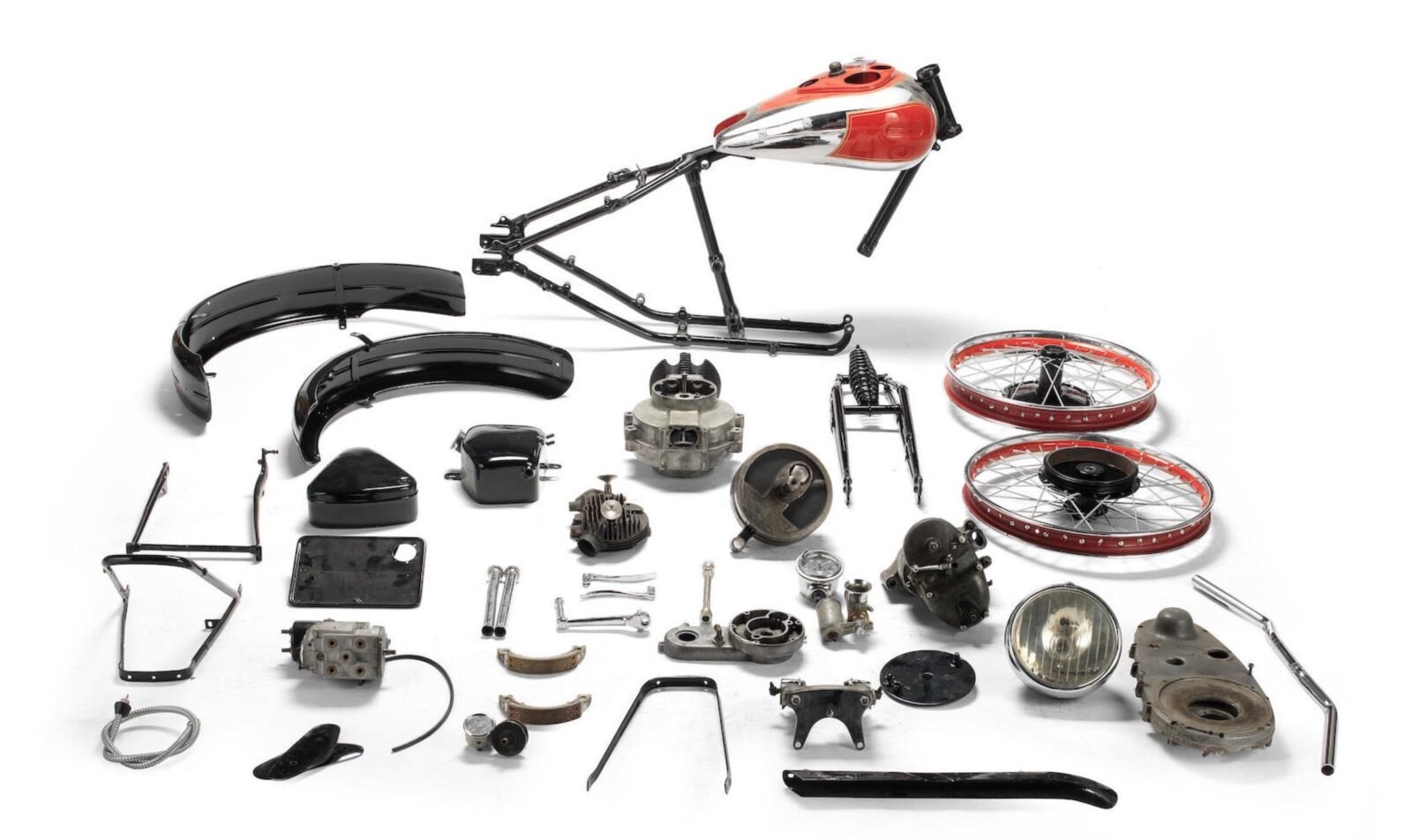 This Ariel Red Hunter project bike looks like it’s a restoration that was never quite finished, it appears as though the frame and fuel tank have been painted ready for assembly, and it looks relatively complete with the crankcase, crankshaft, barrel, head, dynamo, gearbox, frame, fuel tank, oil tank, and many other essential parts all present and accounted for.

Interestingly the Red Hunter would prove such a success that Ariel would buy Triumph in 1936, Edward Turner would then move back over to Triumph with a number of other Ariel personnel and design the Triumph Speed Twin engine. A parallel twin that would launch Triumph into the envied position of being one of the biggest motorcycle marques in the world, and the engine would power the Bonneville and a slew of other models in various guises for the decades that followed.

The runaway success of the Ariel Red Hunter can probably be attributed to the simple but highly effective engine developed by Page. Single-cylinder engines were the lifeblood of the British motorcycle industry, regularly trouncing far more complex engines in top tier motorsport competition. 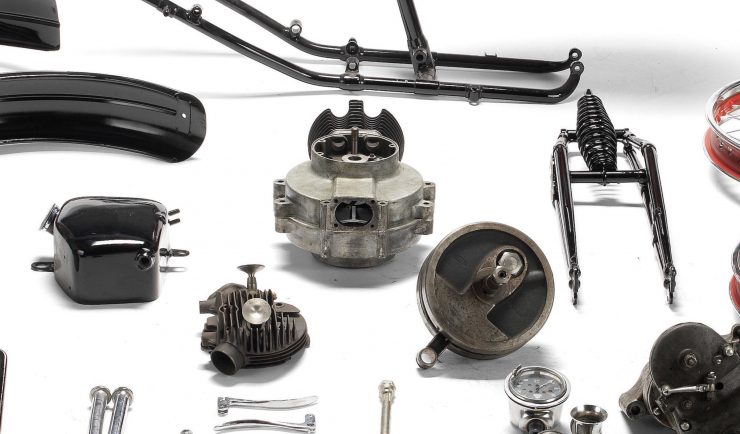 The Red Hunter entered production during the Great Depression in 1932 and would stay in production until 1959, a 27 year production run. The model was offered in a variety of specifications and engine sizes, the first models had girder forks and a hard tail rear, later models would have telescopic forks and plunger-type rear suspension.

Both race-only and road going versions were offered, high-exhaust scrambler versions proved popular and successful in off-road competition. The biggest market for the model was the United States where British motorcycles were amongst the quickest available, and the (relative) light weight of the Ariel made it a very popular choice for off-road and desert racing – particularly in California where Red Hunters could be seen battling it out with the Triumph TR6 Trophy and an assortment of other modified British motorcycles.

The 1936 Red Hunter you see here is largely complete, however the buyer will need to take an inventory of parts and figure out what they’ll need to complete the build. As a 1936 model it has girder forks and a hard tail rear, with the distinctive chrome and red fuel tank the model would become known for.

This model has the 497cc engine mated to a foot-controlled 4-speed gearbox by way of a single chain primary. Though weight varied between models based on engine and suspension specifications this model would tip the scales at approximately 370 lbs or 168 kgs.

Bonhams will be offering this project bike on the 27th of April with an estimated hammer price of between £3,000 and £4,500. If you’d like to read more about it or register to bid you can click here to visit the listing. 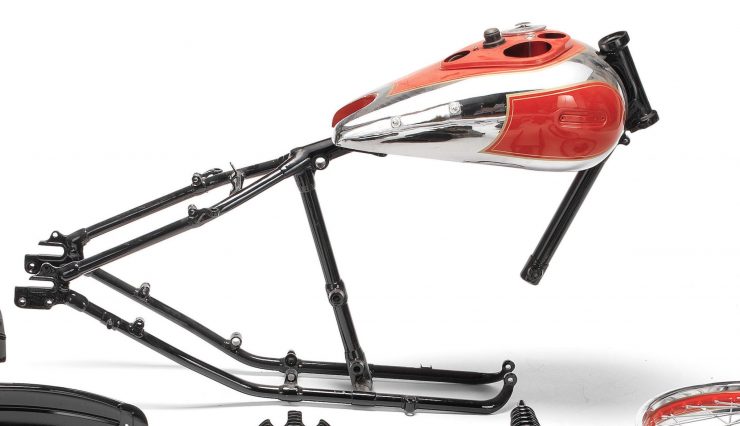 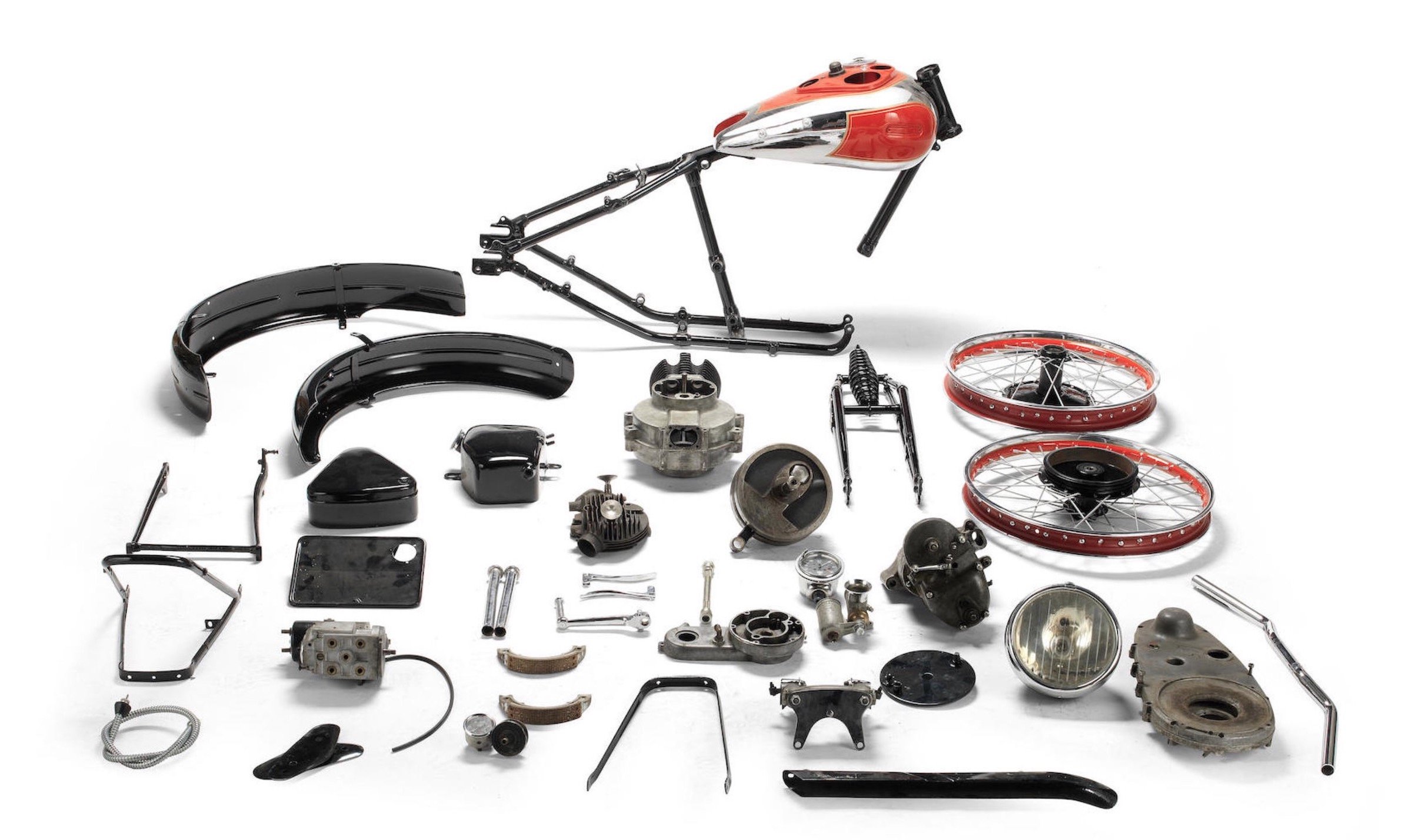