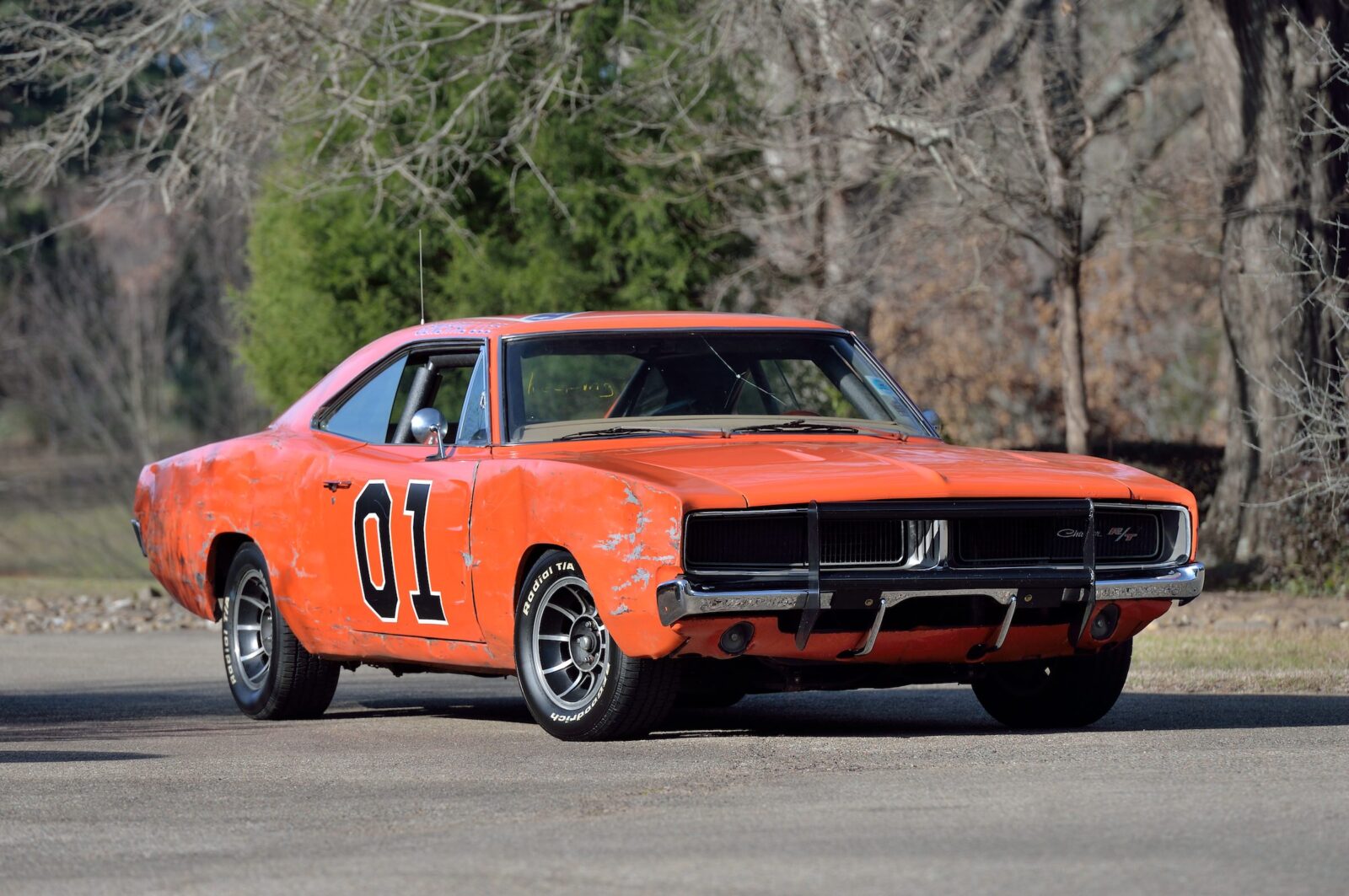 The original Dukes of Hazzard TV series and the ensuing movies have become pop culture icons, they’ve aired around the globe giving the world a look at the American South, and I’m still not sure if the most popular character is Daisy Duke or the car you see here – General Lee.

The Dukes of Hazzard was closely based on the 1975 film Moonrunners which was based on the real-life adventures of ex-moonshiner Jerry Rushing. Warner Bros approached the team behind Moonrunners in 1977, namely Gy Waldron and Jerry Rushing, with the idea of creating a 9 episode miniseries of sorts produced as mid-season filler.

Once the first few episodes were completed the executives at Warner Bros realised the show had the potential to be a hit, and they put it into full production. Interestingly in the third episode Rushing made a guest appearance as a dodgy used car salesman named Ace Parker, the episode was titled “Repo Men”.

The General Lee was originally supposed to be named “Traveller” after the similar car from Moonrunners, which was named for General Lee’s horse. It’s been estimated that 309 Dodge Chargers were used – almost all of which were destroyed in the crashes and jumps for which the show became so famous.

The original General Lee was a 1969 Charger, however a significant number of 1968 Chargers were used as well as the body panels are largely identical – they just required some modifications to the front and rear to get the look right. It’s thought that 17 of the original TV show cars have survived to the modern day, they’re now highly collectible and fetch prices at auction of $250,000 USD or more.

The specifications of the General Lee have changed over time as so many different cars have been used, it’s believed that most were automatics and all were V8s although for the 1969 model year there were six different V8 variations used with four different engine capacities.

In more recent years General Lee collectors like professional golfer and two-time Masters winner Bubba Watson have repainted their cars to better reflect concerns over the use of the Confederate flag. The new paint scheme features the American national flag (also known as the Stars and Stripes) across the roof. At least one other replica now has the Georgia state flag on the roof, fitting as this was the state where the series was set.

The car you see here is one of the stunt cars used in the 2005 film Dukes of Hazzard starring Willie Nelson, Burt Reynolds, Johnny Knoxville, Seann William Scott, and Jessica Simpson. 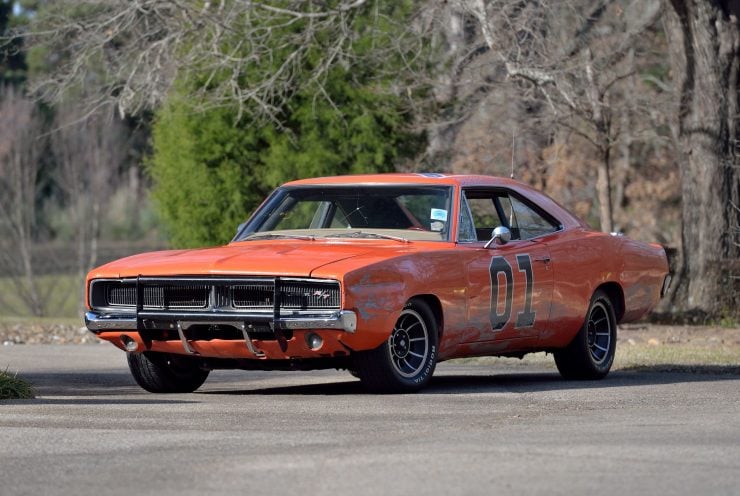 This car was used extensively on screen by stunt drivers and as such it’s fitted with (what appears to be) a hydraulic handbrake, a Hurst shifter and a four-speed manual transmission, a 383 cu. in. V8, a full roll cage, additional structural bracing in the front end, an aluminum radiator, power brakes, and American Racing Vector 10-spoke turbine wheels.

It’s officially known as Stunt Car #20, it was used for a series of rear end slides, some fish tailing, the drifting scene around Lee Circle, and the final racing scene when General Lee was being chased by a Black Shelby.

The car is presented now in carefully preserved condition, just as it was the day filming wrapped. It still carries its dents, dings, scrapes, and scratches, and I can only hope that the new owner keeps them all in place – it’s only going to be original once.

If you’d like to read more about it or register to bid you can click here to visit the listing on Mecum, it’s due to be auctioned in mid-May and there’s currently no estimate listed. 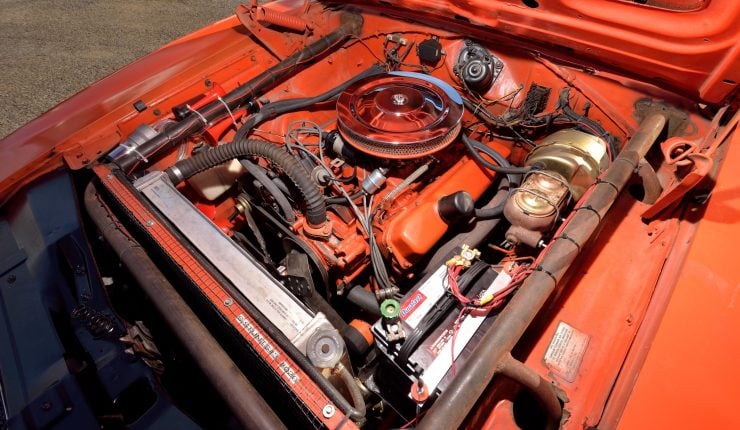 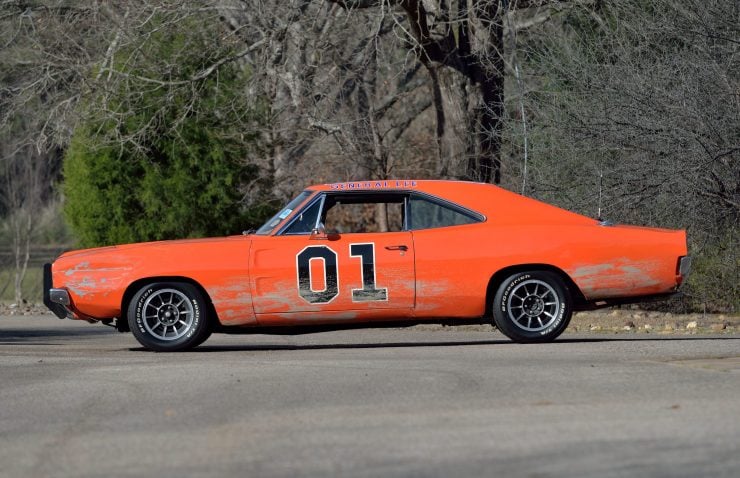 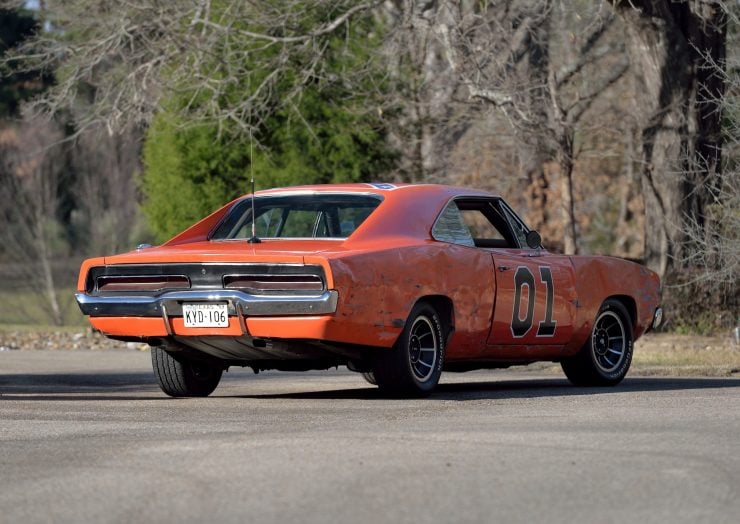 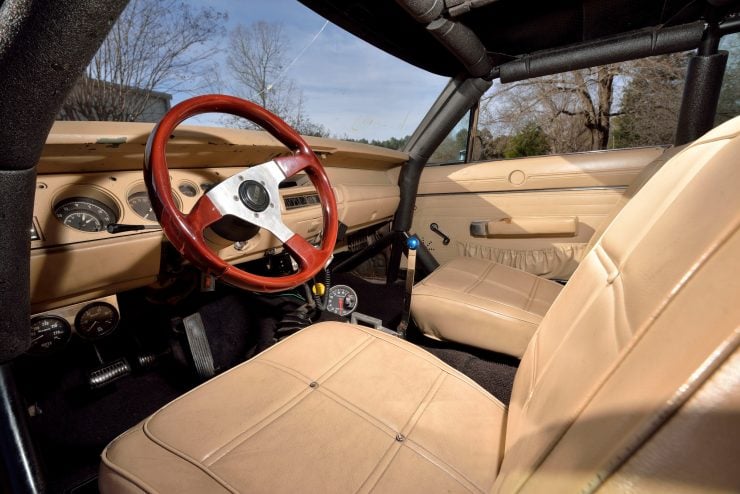 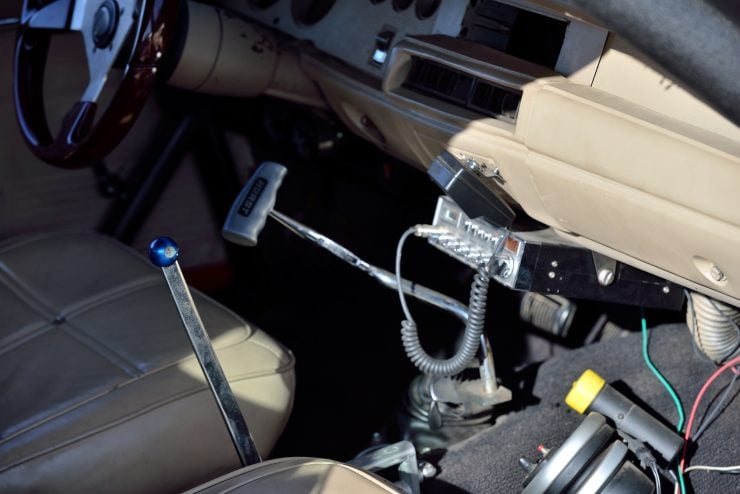 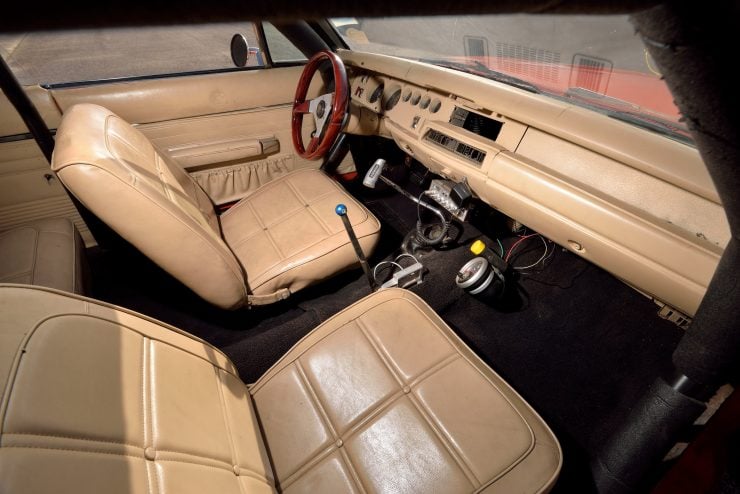 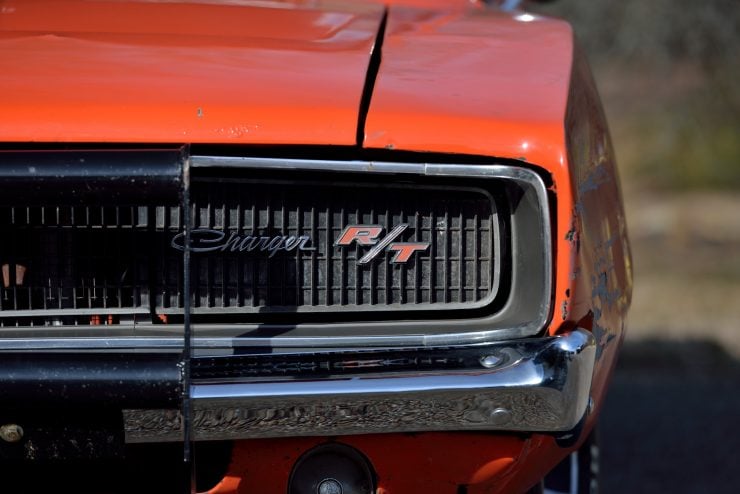 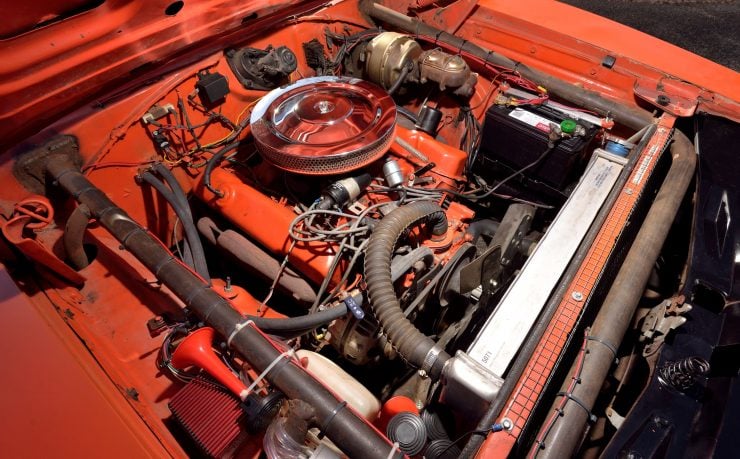 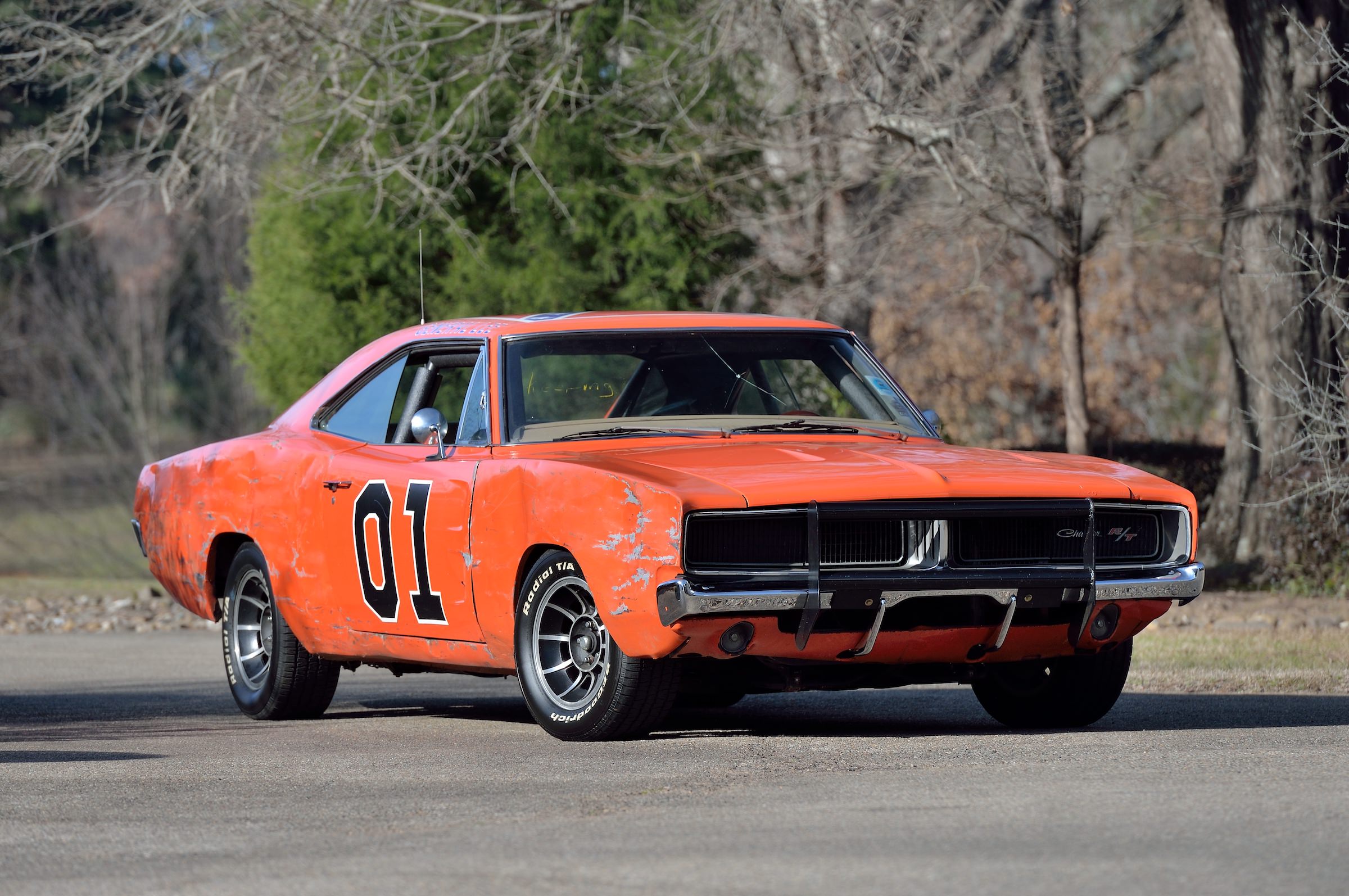