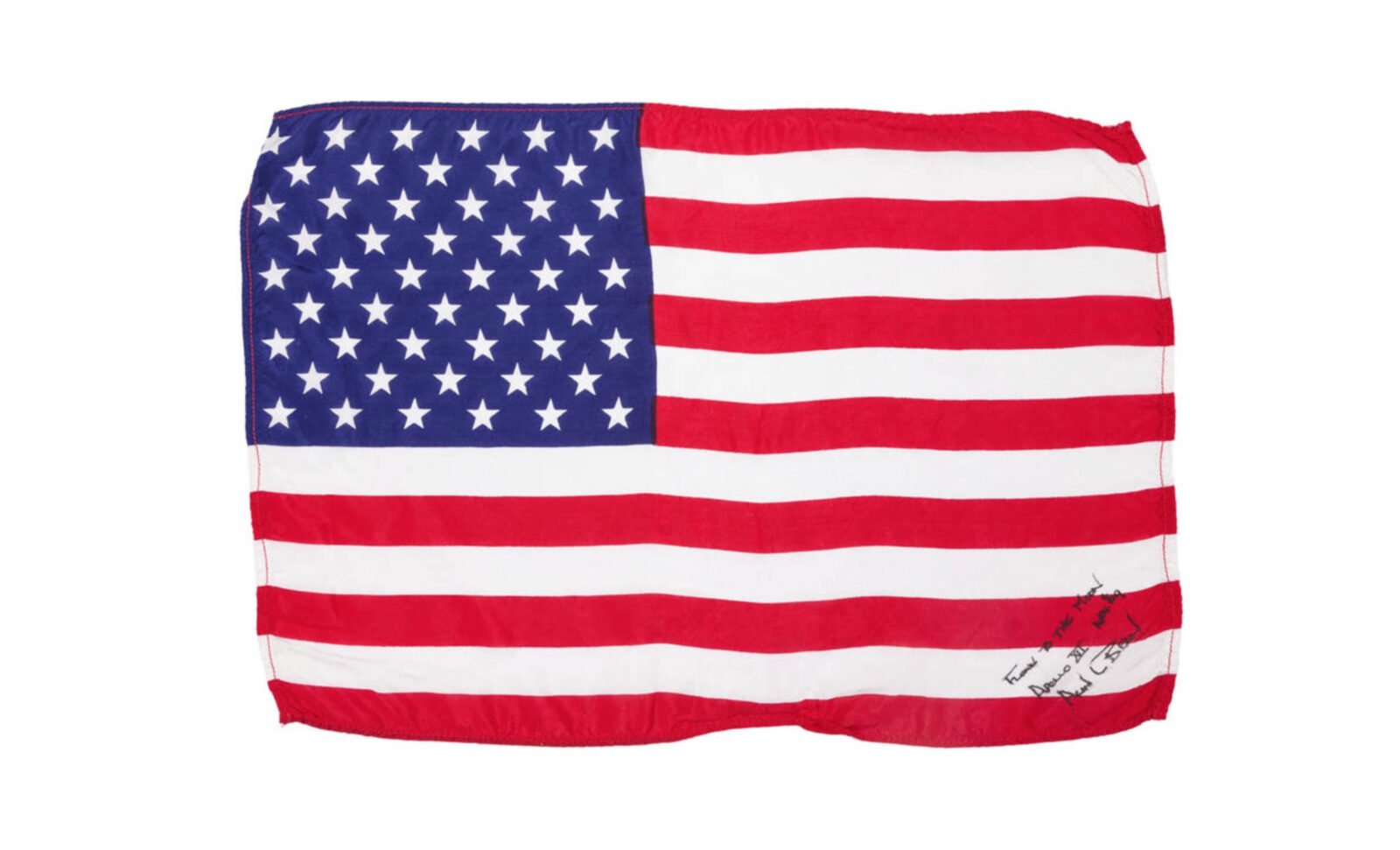 This American flag was onboard Apollo 12 for the entirety of its mission to the Moon in November of 1969, it’s made of silk and has the signature of Alan L. Bean in the lower right corner – Bean was the Lunar Module Pilot for the mission, which also happened to be his first time in space.

There a significant amount of interest emerging around the original artefacts from the golden era of space exploration, and flown pieces like this flag have been attracting white hot attention amongst collectors. With an estimated value of an almost affordable $6,000 to $8,000 USD – it’s within reach of many, although it probably won’t be for long. 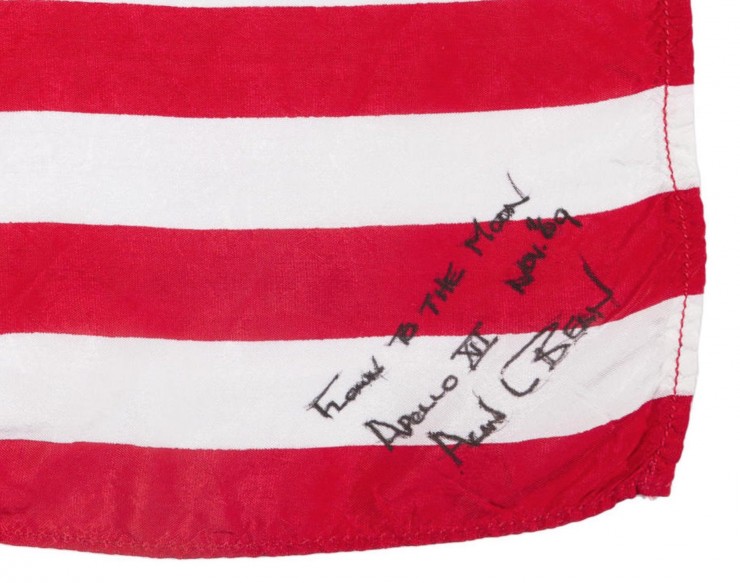