This beautiful, historical infographic-of-sorts was designed by NASA in 1967 to give the general public a better idea of what the Apollo 11 mission was actually going to do, from lift off, to lunar landing, to splash down in the Pacific.

It’s a huge file at 4550px by 1495px so you’ll need to click the image above to see the full sized version, if you’re one of those lucky people with a triple monitor set up, this may make a rather cool desktop wallpaper. 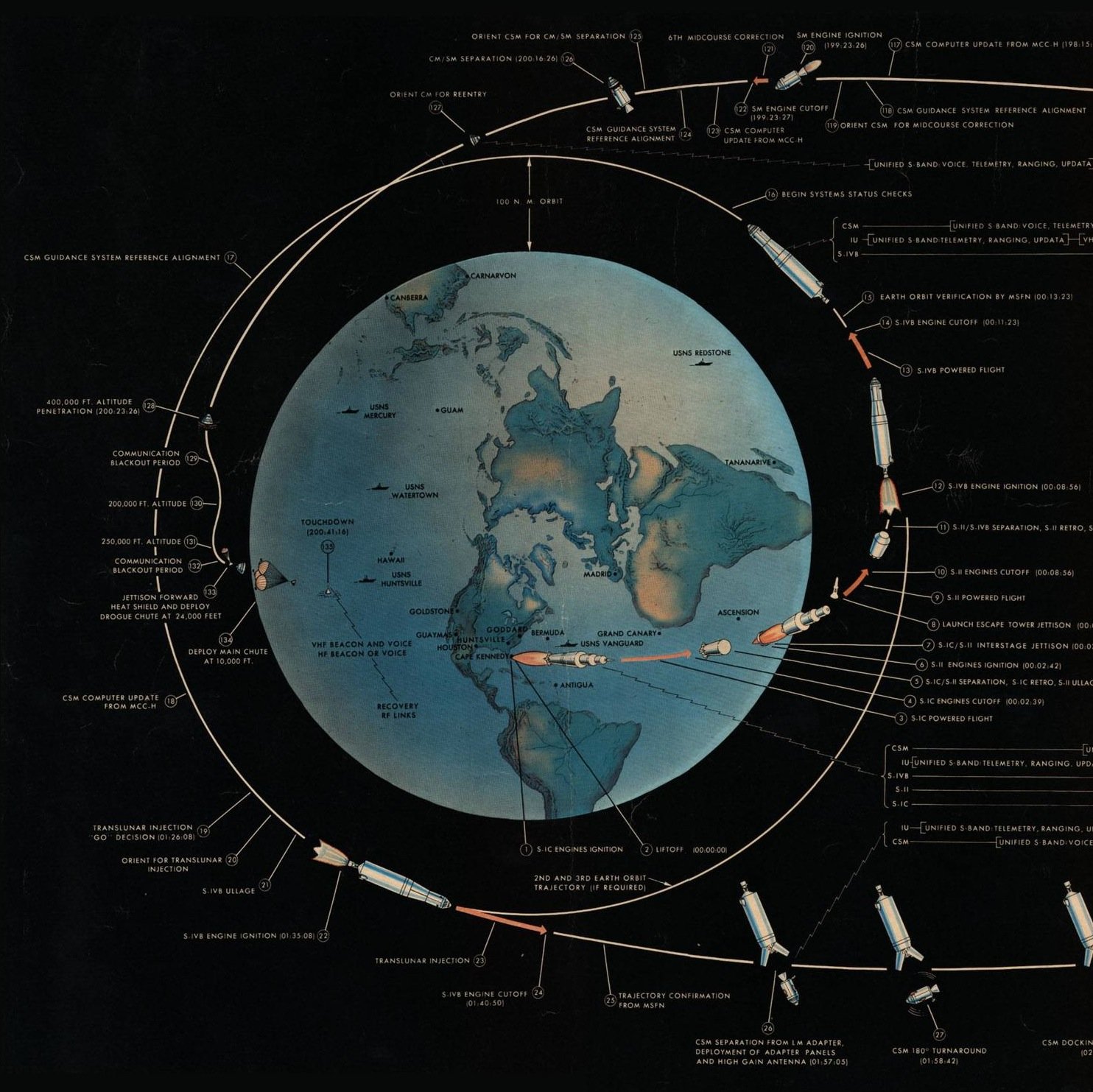 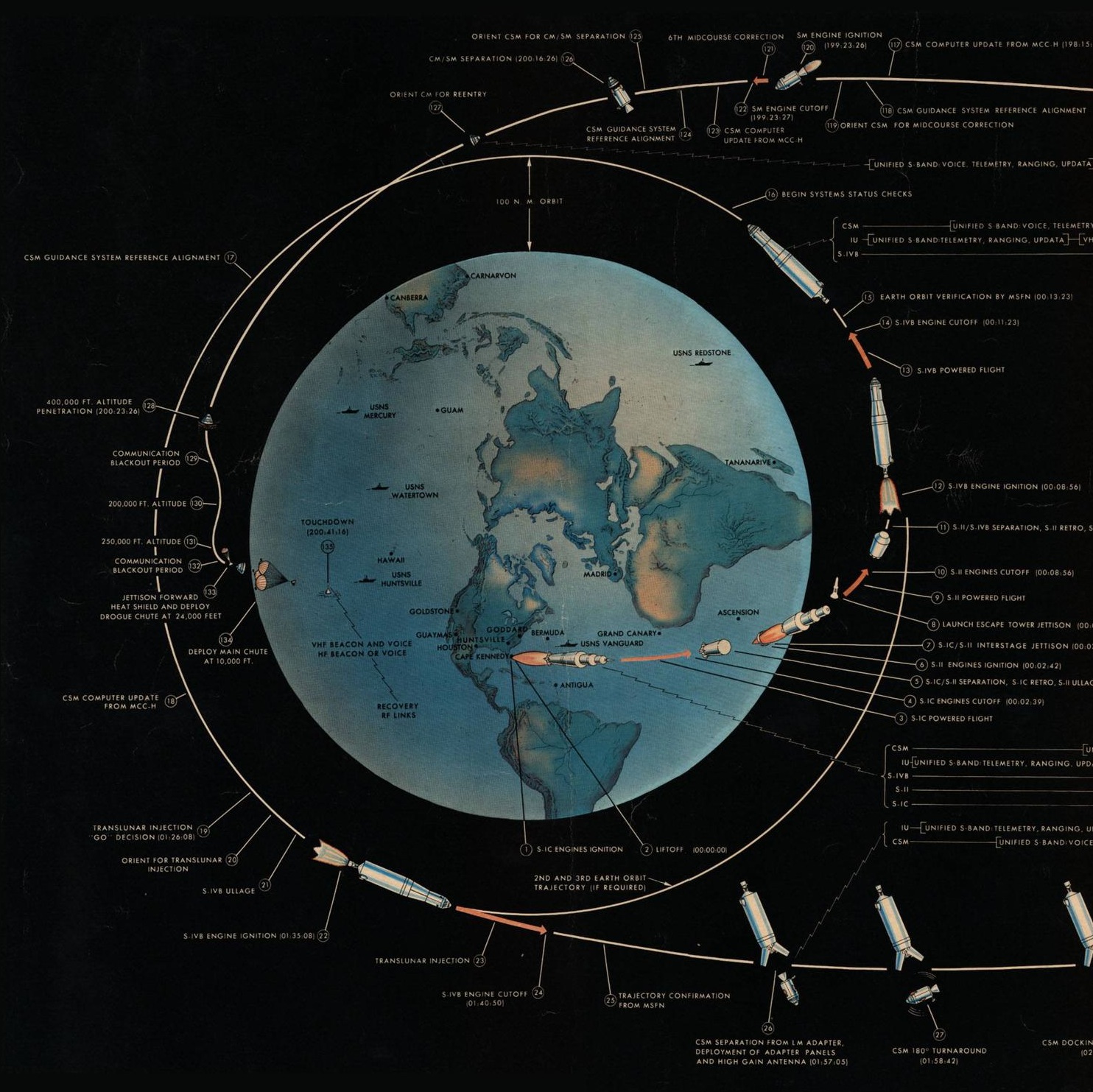