The Spacester by V-Twin Mechanic 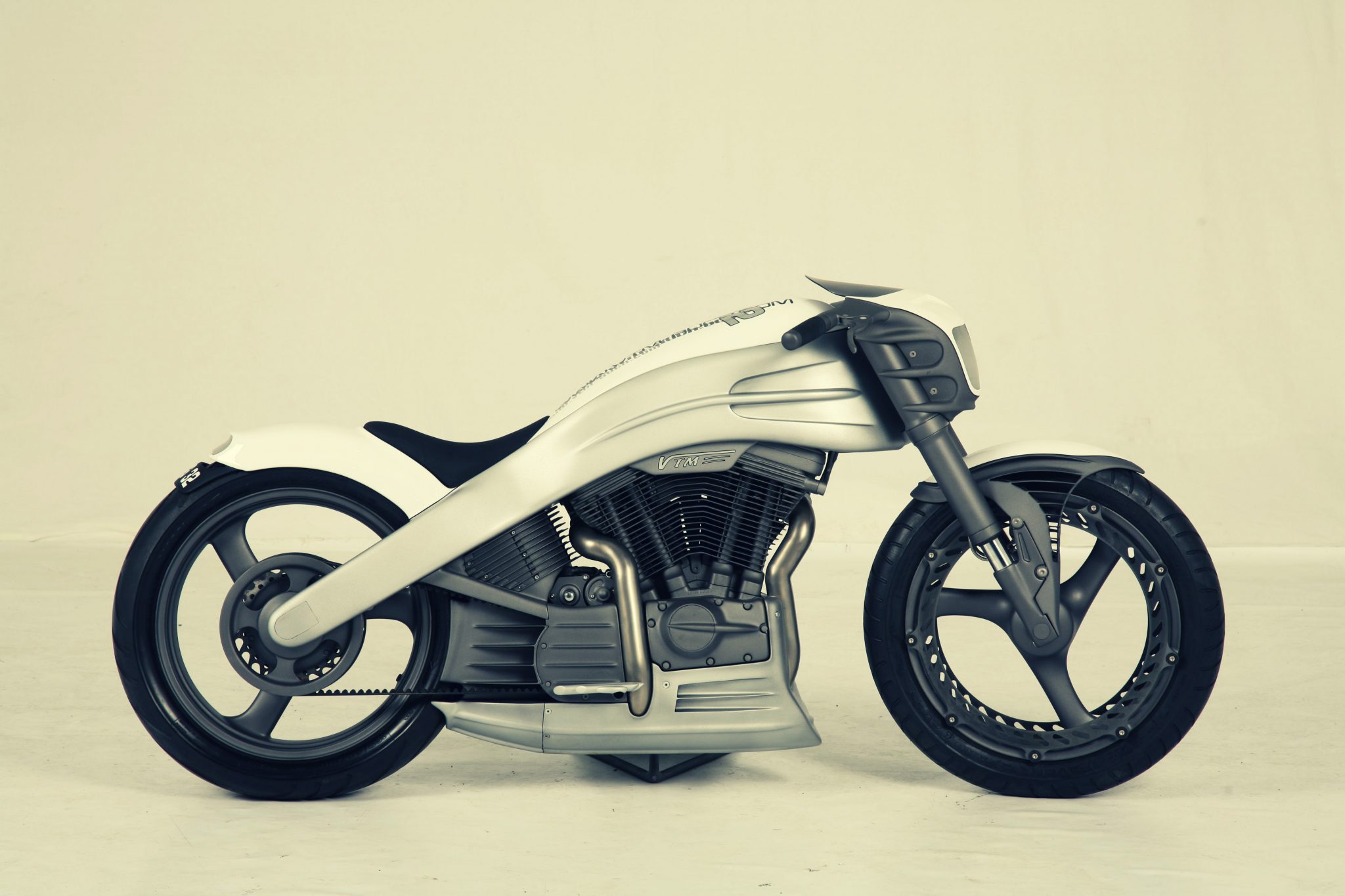 The Spacester started life as a stock ’87 XL1200 Sportster before being acquired by Bernard ‘Buck’ Massart, the owner and lead engineer at V-Twin Mechanic, a French garage specialising in….V-Twins.

Once Bernard had the bike in his workshop he stripped it back and tossed most of it away, then set about rebuilding the engine, his first job was to remove the carburettor from between the cylinders and mount it above the engine, under the fuel tank.

Once this was done he extended the heat-sink fins to join the cylinders and give the engine a unique and very clean look. Bernard then set about hand fabricating a frame from scratch, ensuring it flowed seamlessly from front to back, he also created engine/transmission covers to maintain the minimalist look of the drivetrain. The front end came straight off of a Yamaha R1 (shortened by 3 inches) and those front rim mounted discs were hand-made.

I can’t help but think that The Spacester looks like it was pulled off the set of a late-80’s Schwarzenegger action film, and I mean that in a good way. It’s the bike that the child in all of us wants to ride, preferably whilst chasing a robot from the future across the surface of Mars. 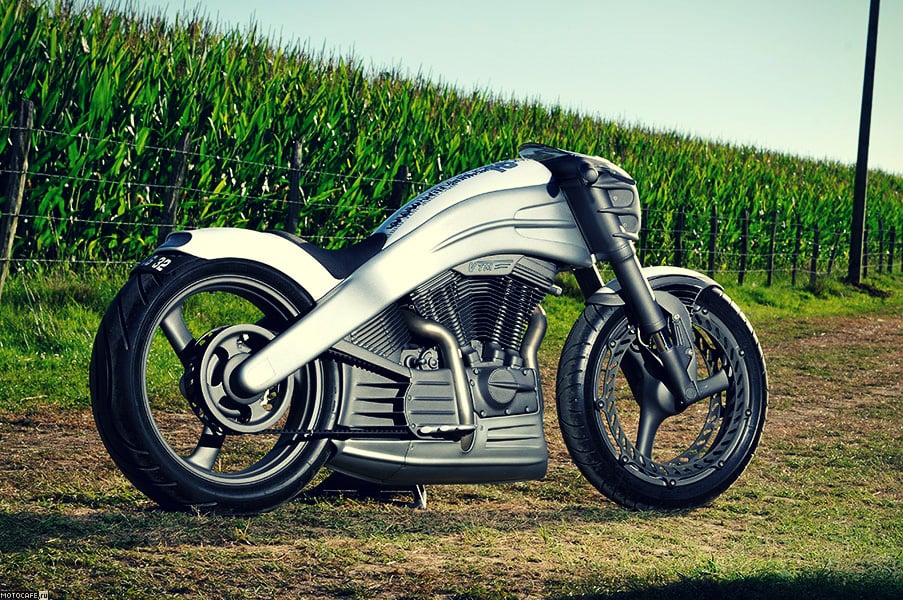 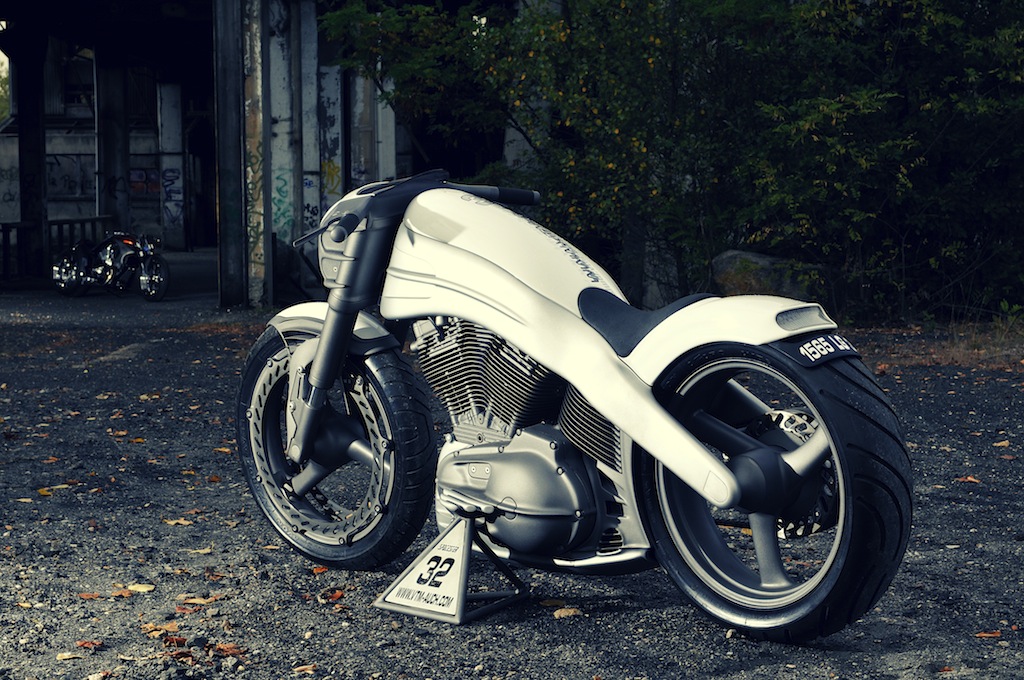 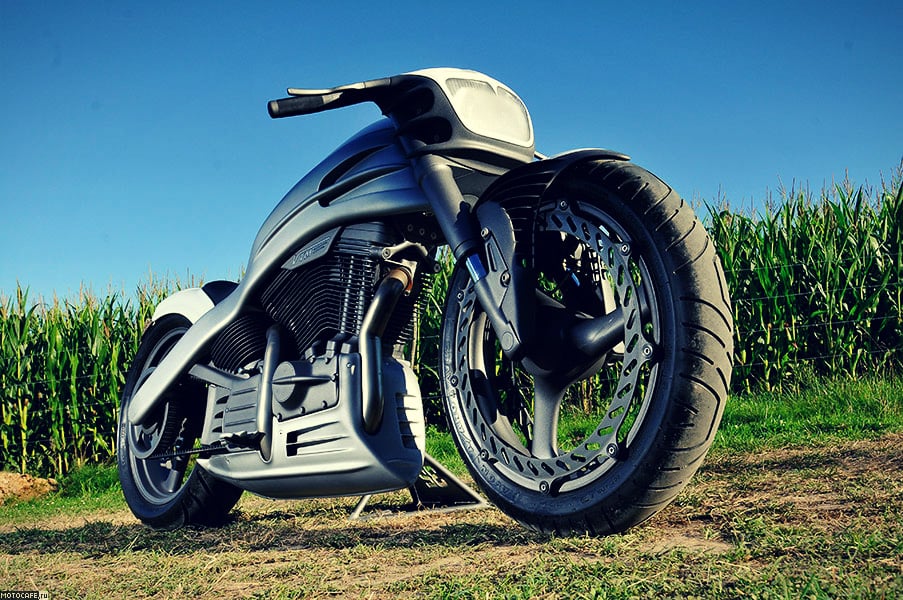 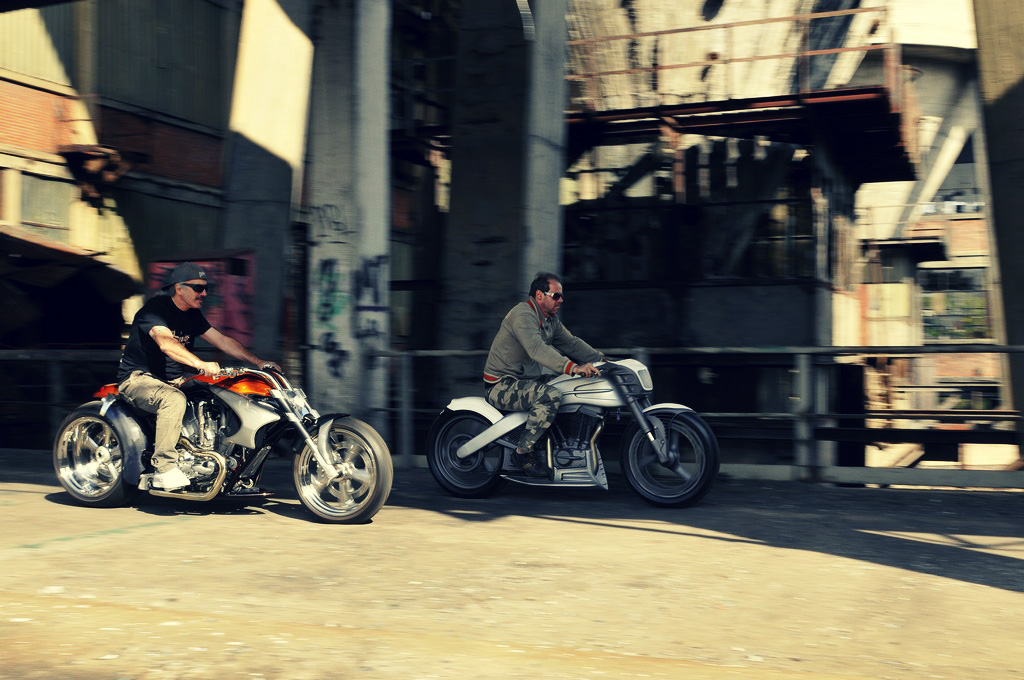 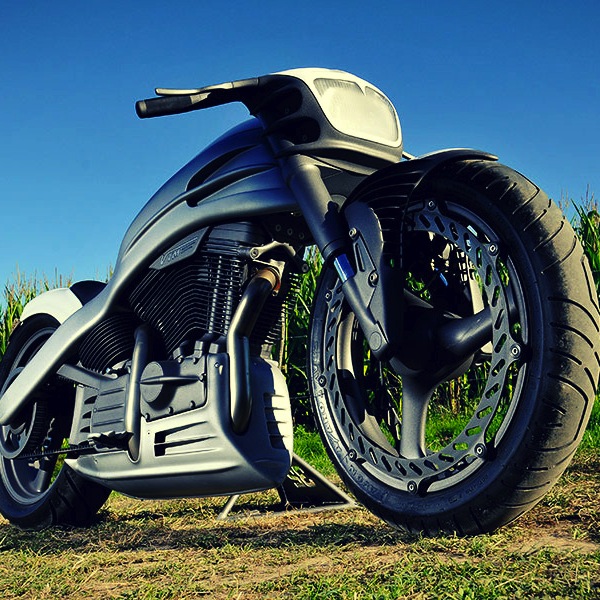