This is a training film from World War II for aircrews who might find themselves flying over desert environments, particularly the Sahara of North Africa.

In order to keep people’s attention they made the film into a dramatic story about a downed US aircrew in the Sahara, and through the film’s narrative it shows what airmen should do if they find themselves in a similar situation.

Bomber crews during the Second World War suffered exceedingly high fatality rates, particularly in the European theatre of war due to the well-prepared Luftwaffe.

This film shows various methods for rationing and conserving food and water, harvesting water from the air, building shelters to stay cool, treating water, using a sextant, map, clock, and compass to determine position, how to set signal fires, and how to navigate your way out of the desert on foot if required.

The probability that any of us nowadays might find ourselves stranded in the desert is reasonably low, however this film offers interesting insight into WWII-era survival training. 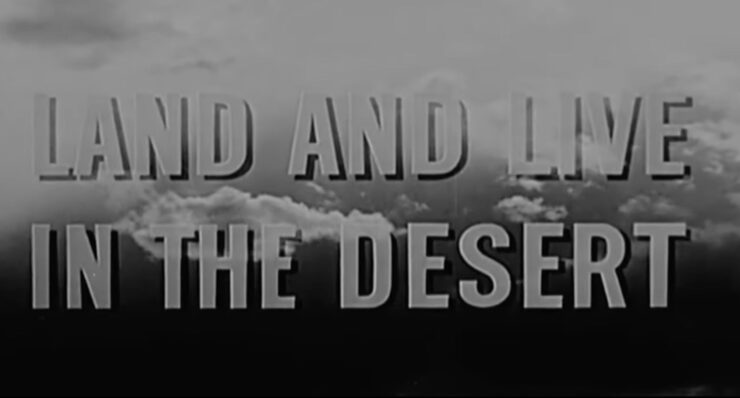 “This film dramatizes the survival of the crew of a downed military aircraft in the desert. The soldiers learned methods of conserving water, providing shelter, and signaling for help. The film features Craig Stevens and is narrated by Van Heflin.” 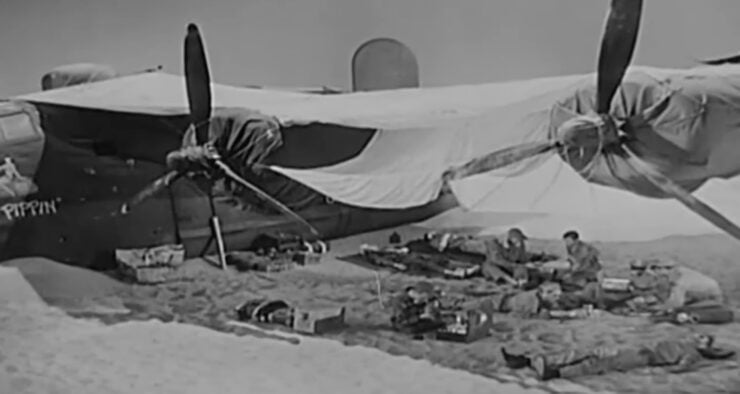 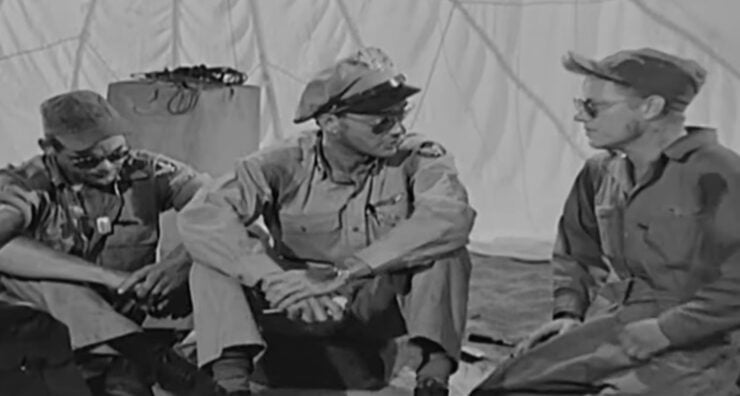