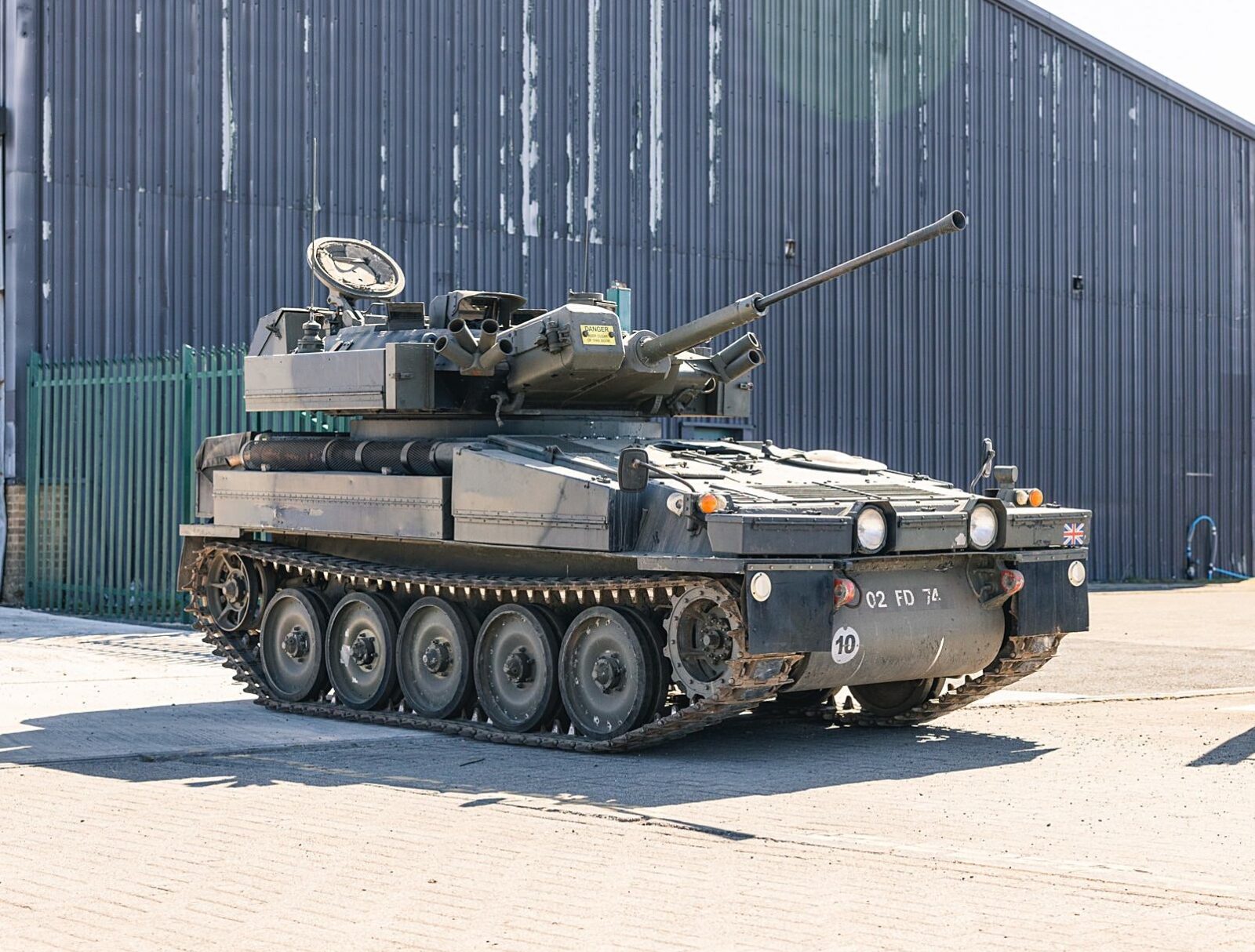 This is an Alvis Sabre light tank and it’s historically notable for a couple of reasons, the most significant of which is that it’s directly based on the FV101 Scorpion light tank which holds the Guinness World Record for being the fastest production tank in the world – it achieved 82.23 km/h (51.10 mph) during testing.

Interestingly the Alvis Sabre was never really meant to exist. Its design is an amalgam that includes the turret from the wheeled Fox Armored Reconnaissance Vehicle mounted on the hull of the tracked FV101 Scorpion light tank. The resulting vehicle was called the Sabre, it benefitted from the high-speed tracked platform of the Scorpion coupled with the 30mm RARDEN cannon from the Fox.

The Sabre was a late addition to the Combat Vehicle Reconnaissance (Tracked) or CVR(T) family of vehicles built by Alvis. If the name Alvis sounds vaguely familiar to you it may be because they started out building cars in England in 1919. Alvis would build regular cars, luxury cars, racing cars, and aircraft engines before diversifying into military vehicles.

Alvis stopped building cars in 1967 after it was acquired by Rover in 1965, all focus was then shifted to the firm’s successful armored vehicle division which would remain in production until it was taken over by the BAE Systems Land & Armaments group where it remains today.

The Combat Vehicle Reconnaissance (Tracked) originally began development in the 1960s with a view to replacing the Alvis Saladin armoured car, which had been in production since 1958. This new family of armored vehicles would be designed to share as many parts as possible while also being extensible enough to fulfill a multitude of roles for both British armed forces and the armed forces of customer nations.

The most famous member of the CVR(T) family is likely the FV101 Scorpion due to its famous top speed record but other members of the family include the FV102 Striker, FV103 Spartan, FV104 Samaritan, FV105 Sultan, FV106 Samson, FV107 Scimitar, and of course, the Sabre. 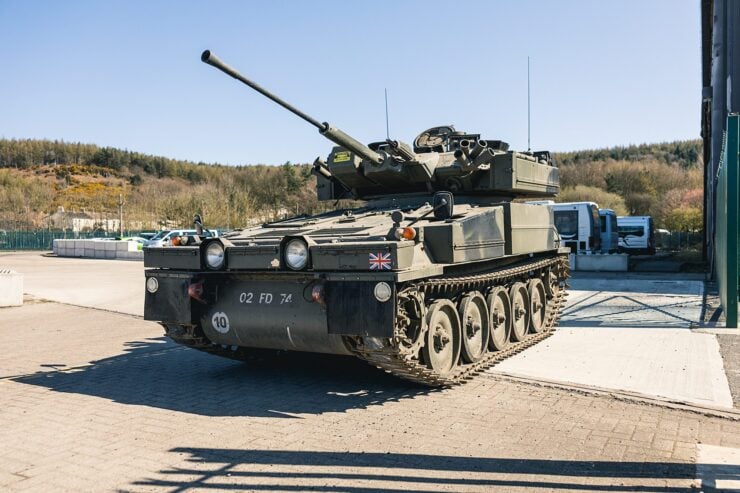 When first developed the CVR(T) vehicles were designed to use many automotive components and suspension in order to keep costs down and to ensure that spare parts would be both cheap and plentiful. The engine that was first used was the 4.2 litre version of the Jaguar XK DOHC straight-six petrol engine – an engine that had won the 24 Hours of Le Mans under the hood of the D-Type in 1955, 1956, and 1957.

Later versions of these vehicles would be fitted with the Cummins BTA 5.9 diesel engine, which was both more powerful and more fuel efficient, though sadly without the Le Mans distinction. The Sabre was fitted with the aforementioned 30mm RARDEN cannon as well as a co-axial L94A1 7.62mm chain gun, with smoke grenade launchers to keep the vehicle hidden from view when required.

Typically, each Alvis Sabre would be equipped with 160 rounds of Armour-Piercing Enhanced Penetration (APEP) and High Explosive (HE) ammunition, as well as 3,000 rounds of 7.62mm ammunition. A crew of three was assigned to each tank which included a commander, a driver, and a gunner.

It’s believed that 136 examples of the Sabre were built, entering service in 1995 and leaving service in 2004. Today many of them are either in museums or in private hands where due to their smaller size and higher speeds they make popular road-legal tanks.

The Sabre you see here is a relatively low-mileage example with just 6,088 miles on the clock. It’s believed to be fitted with a petrol engine, likely the Jaguar XK straight-six, and both its cannon and machine gun have been decommissioned.

If you’d like to read more about it or place a bit it’s currently for sale on Collecting Cars with 15 bids cast and the current bid sitting at £15,250 at the time of writing. You can click here to visit the listing, please note that the tank is currently located in North Yorkshire. 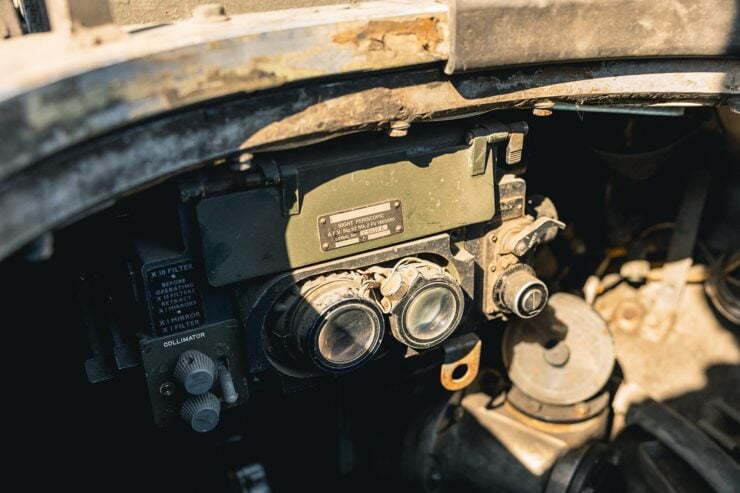 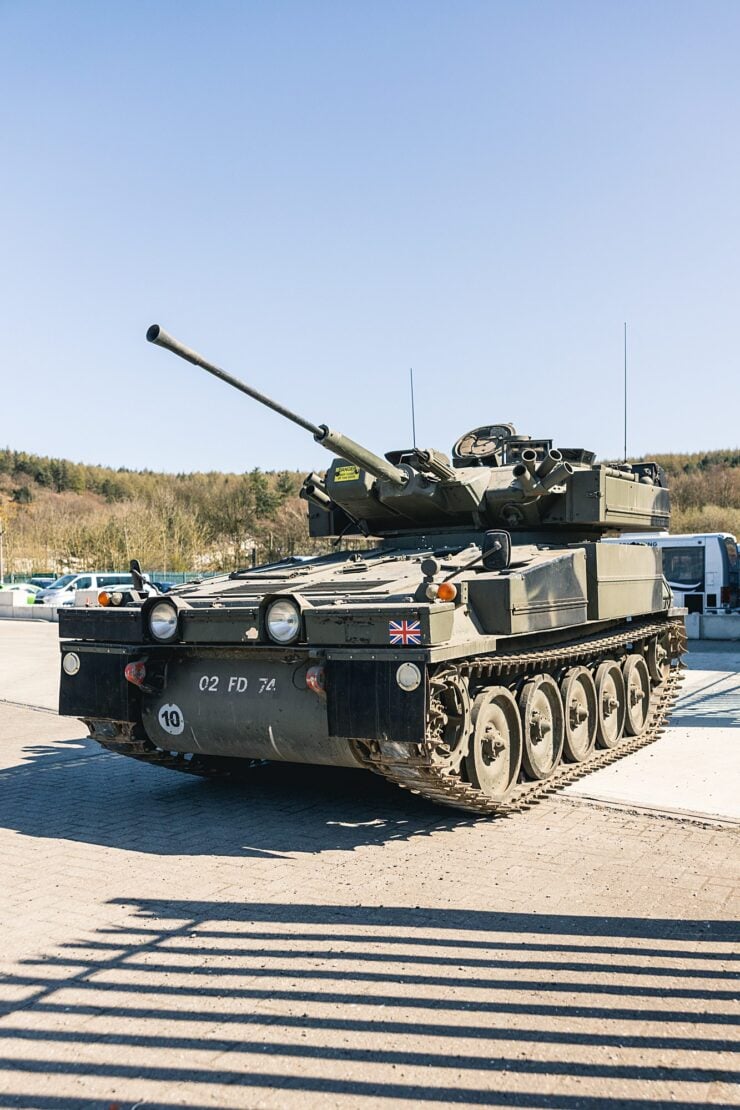 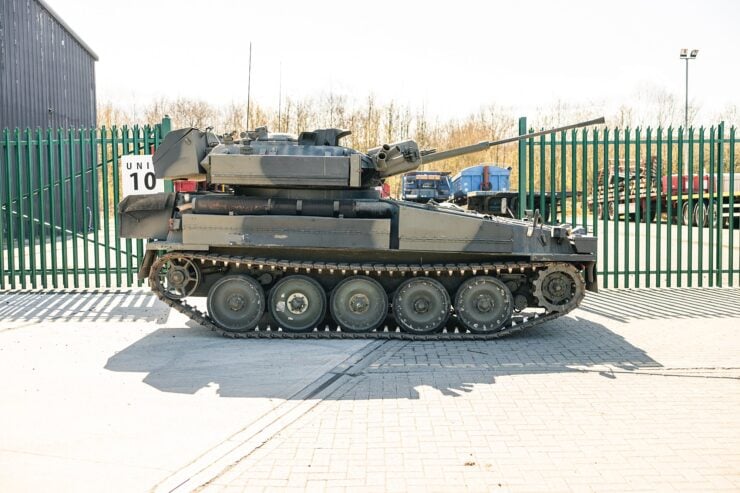 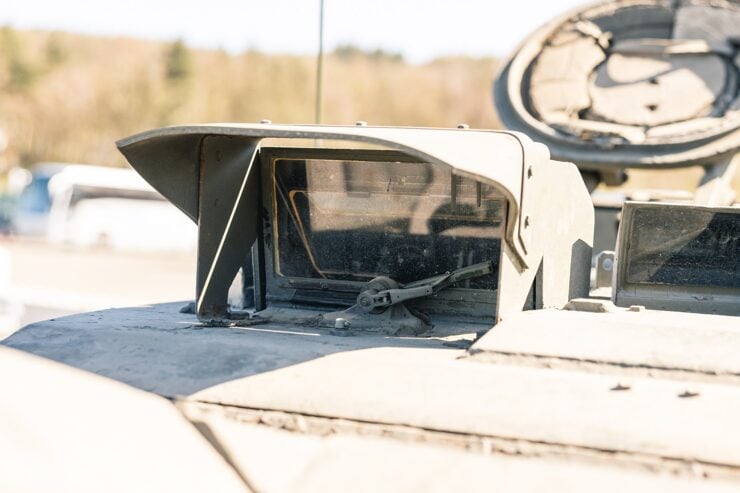 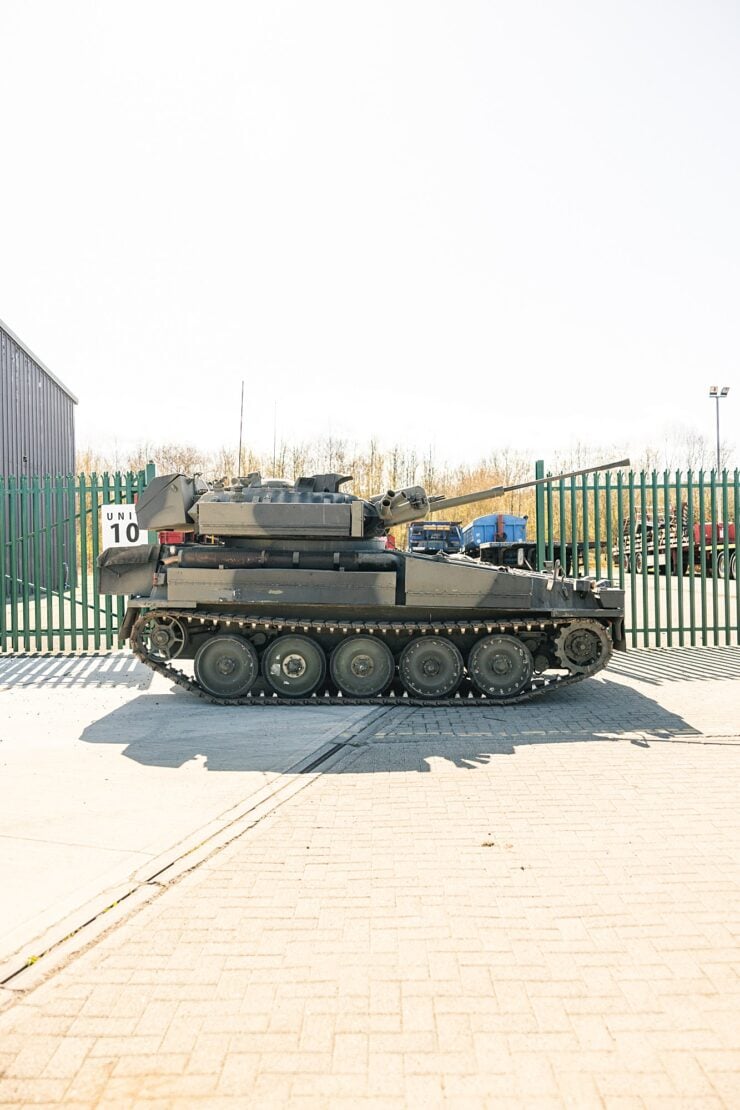 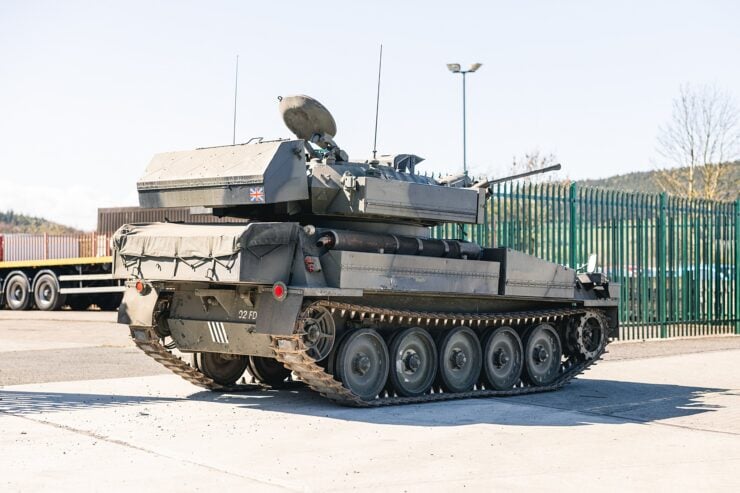 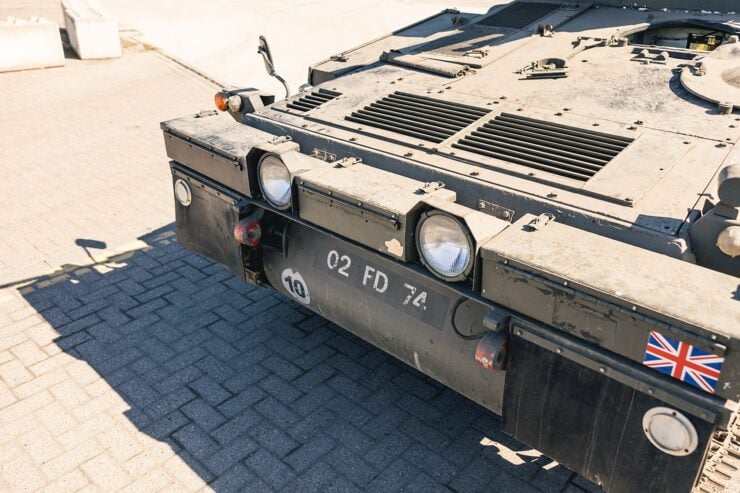 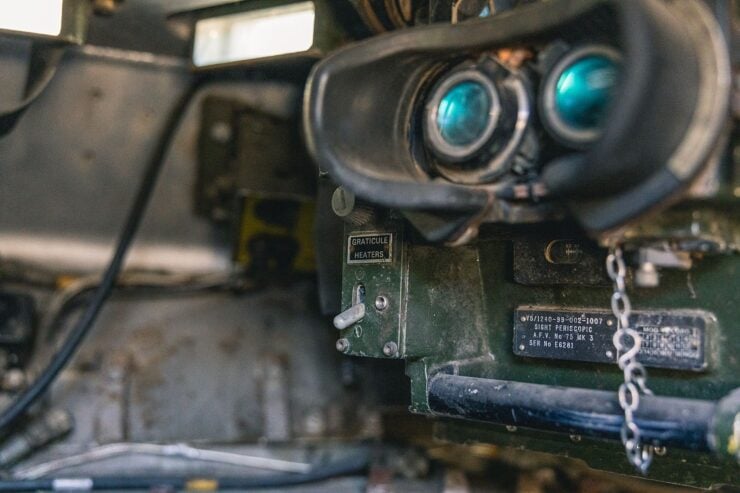 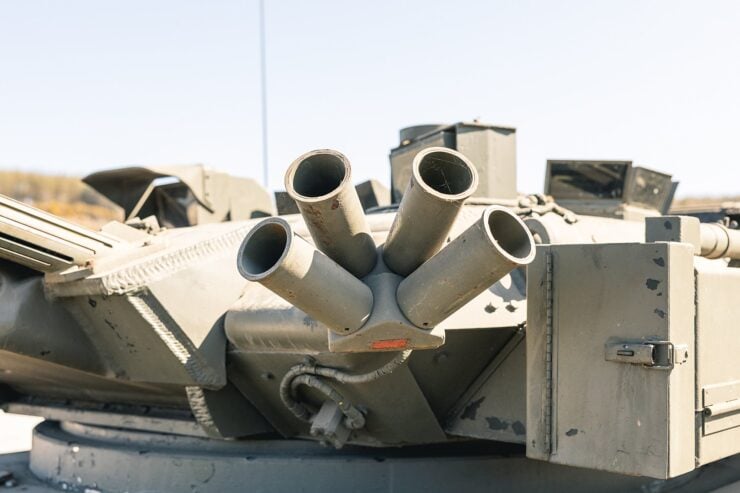 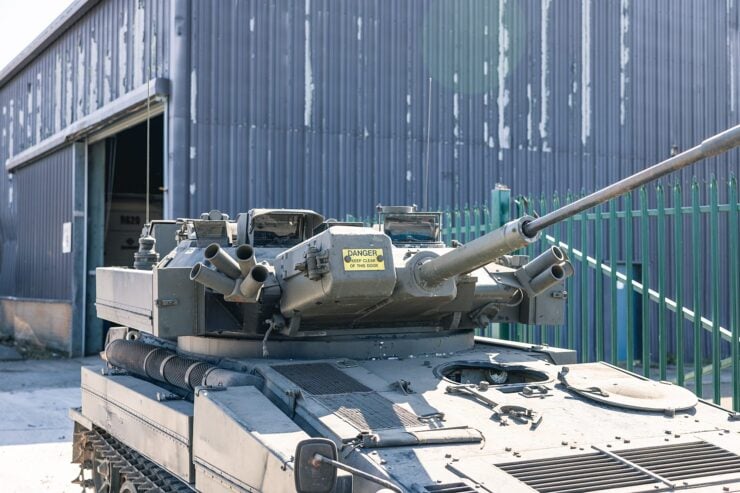 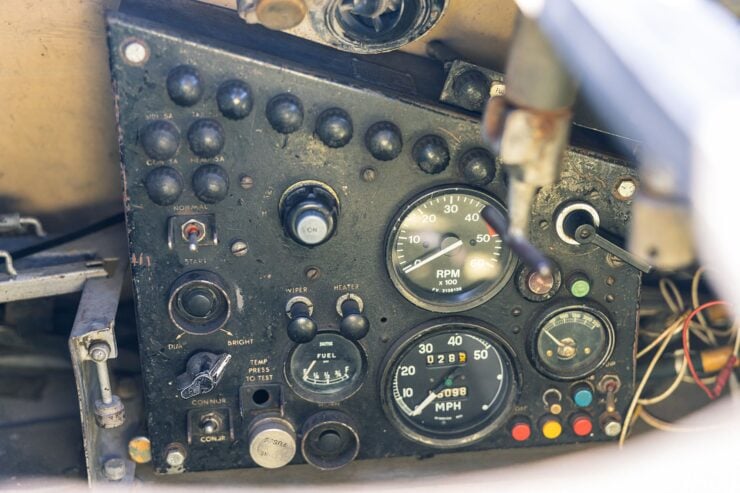 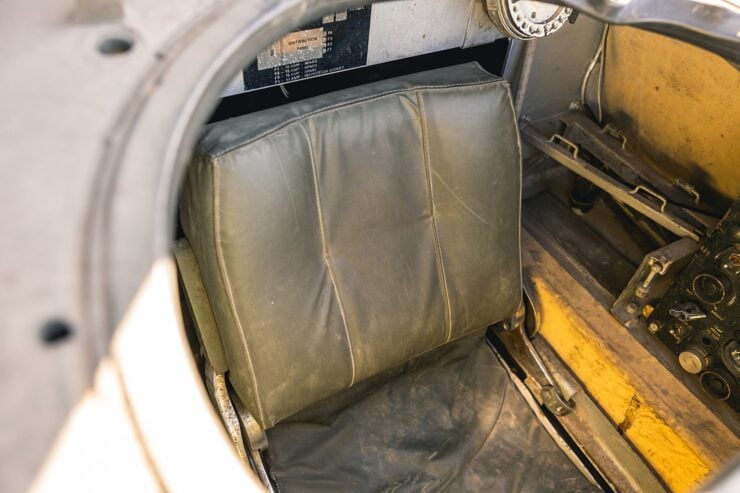 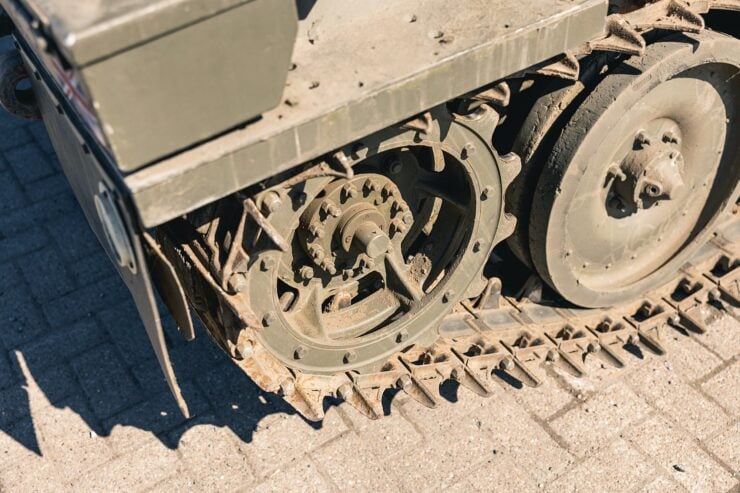 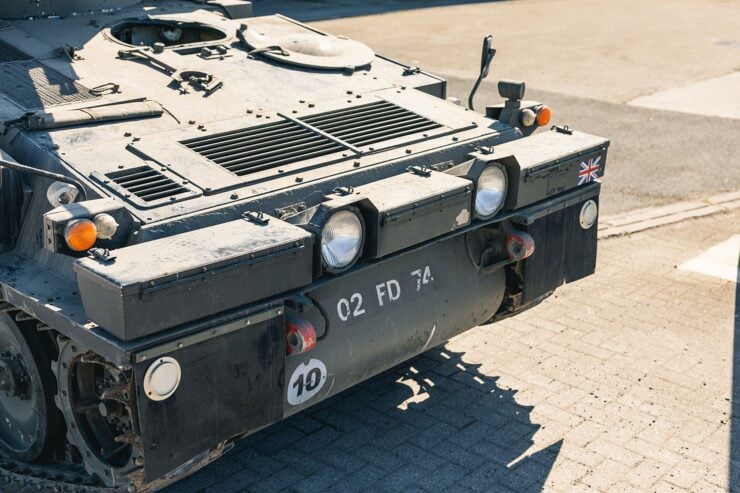 Published by Ben Branch - May 10th 2021
Related Posts
Full Documentary: The Story of the Routemaster