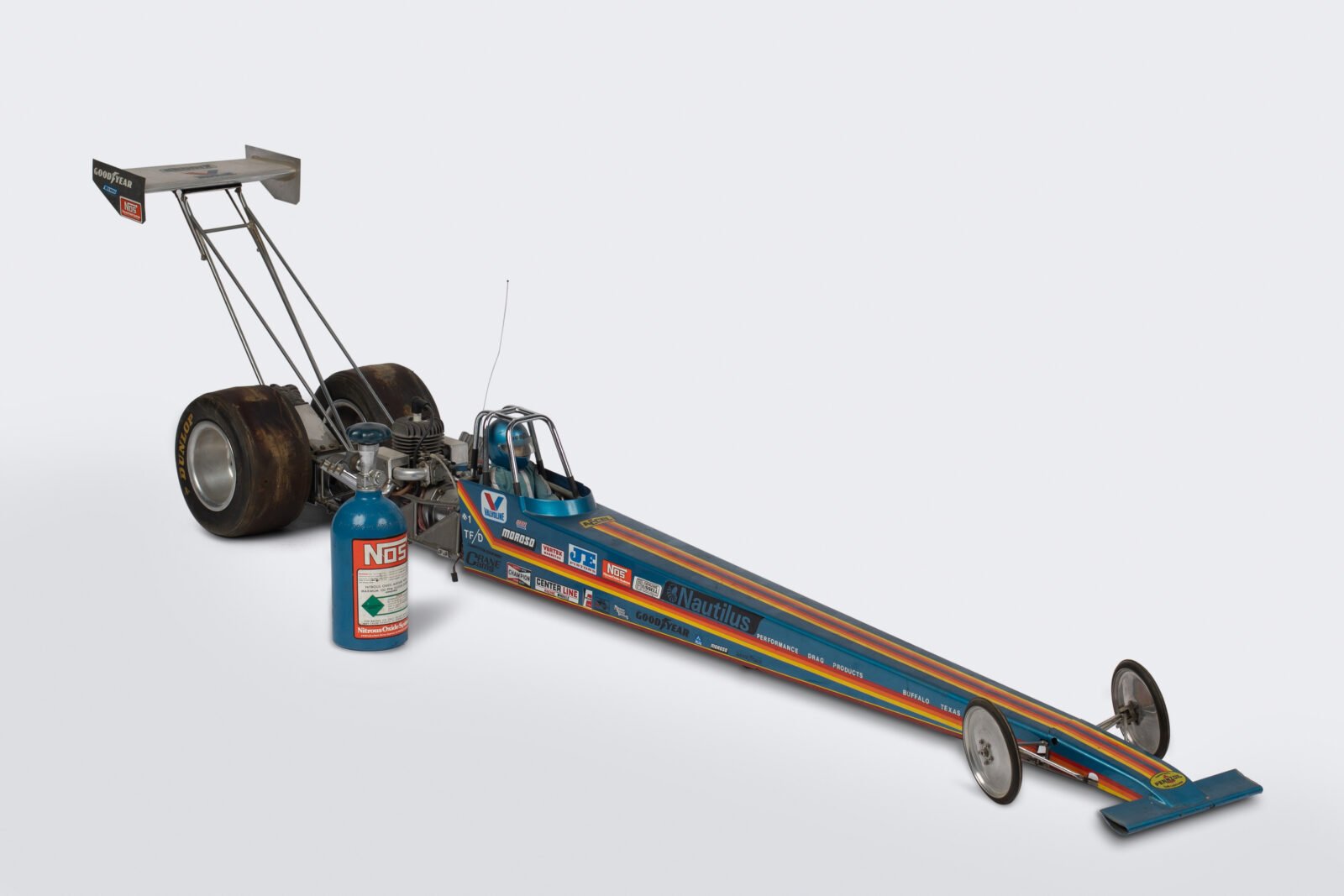 In the world of R/C cars there are your standard off-the-shelf designs popular with kids and adults alike, then there are the slightly more serious vehicles like this – the 70+ mph Cobra Dragster.

The Cobra Dragster was built by Jimmy Parker of Performance Drag Products in the early 1990s, it’s powered by a 3 hp Zenoah two-stroke engine that runs on a 64:1 fuel/oil mixture with nitrous oxide, and it has an 8,500 rpm red line.

Power is sent to the rear wheels via a centrifugal clutch and a straight driveshaft. The car measures in at 8.25 feet long, or 99 inches/251 cm, it weighs 25 lbs (11.3 kgs), and it uses a remote control handset to operate the throttle, brakes, and steering.

The car has a frame made up of strong, lightweight chromoly steel tubing and the engine is mounted behind the driver. The single-cylinder Zenoah engine is a simple air-cooled unit that has been used in a wide variety of R/C vehicles over the years, and a modern version of this engine is still in production by the company today.

Above Video: Footage of amateur drag racing in Brooklyn, it’s astonishing how quick some of these cars are able to get off the line. Skip ahead to 5:12 to see R/C drag racers like the one pictured here in action.

R/C drag racing is a highly competitive subset of the R/C racing world with local, national, and international competition levels. For fans of drag racing this offers a far cheaper and easier way to get into the sport, with the added benefit of  being able to carry your car to and from the start line.

If you’d like to read more about this unusual 1:4 scale dragster or register to bid you can click here to visit the listing on RM Sotheby’s. It’s due to cross the auction block in early May and at the time of writing there’s no price guide. 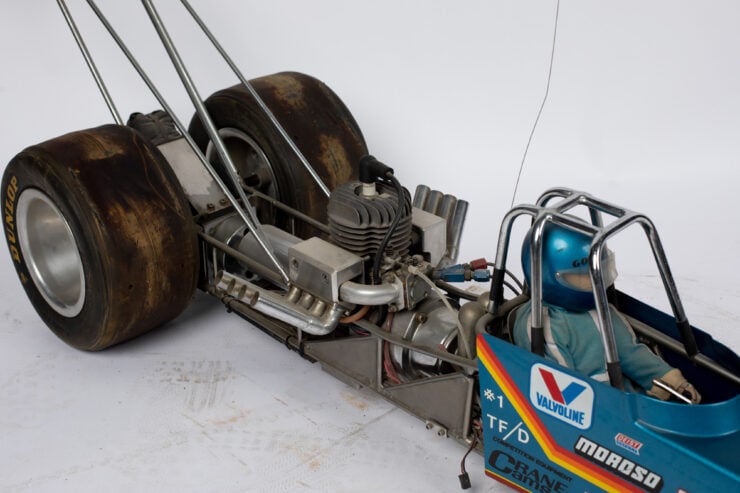 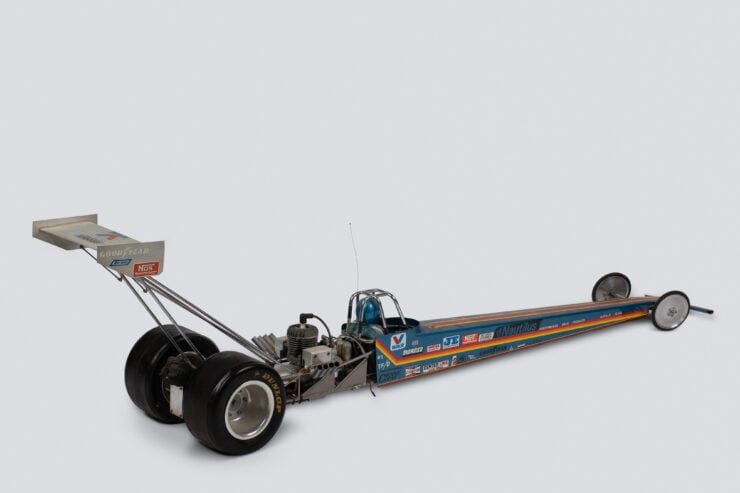 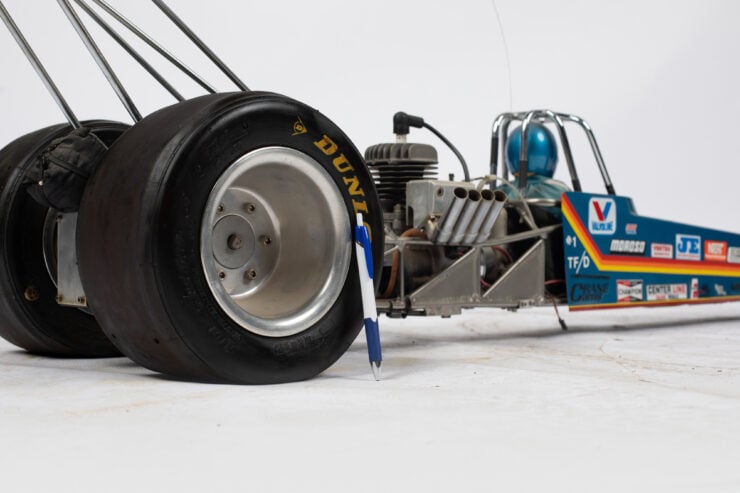 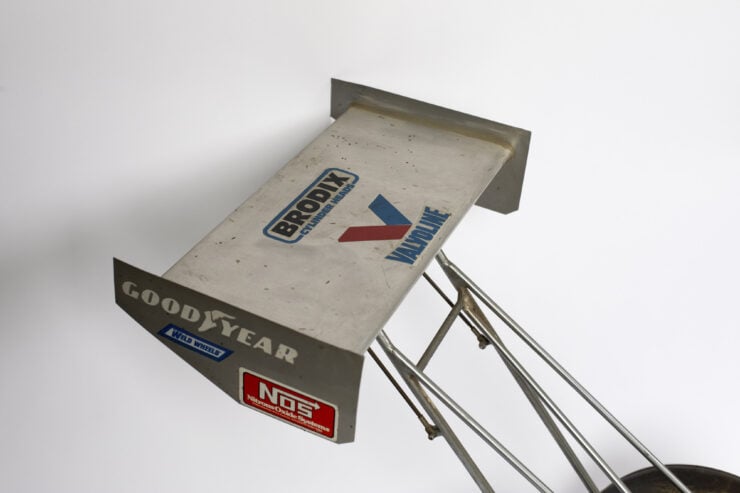 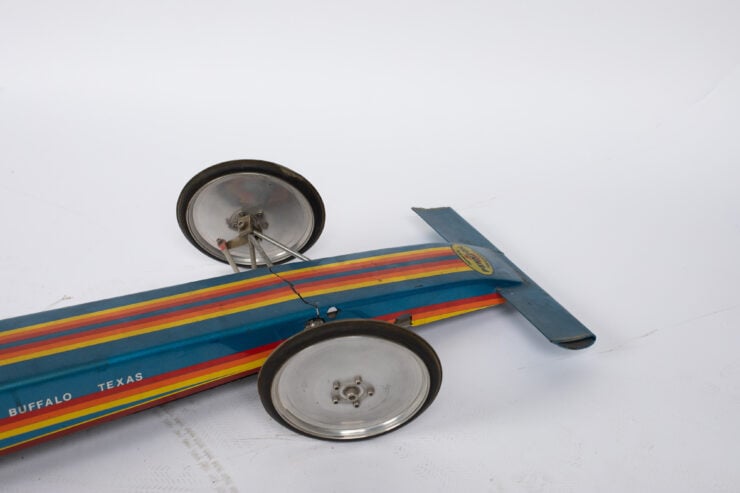 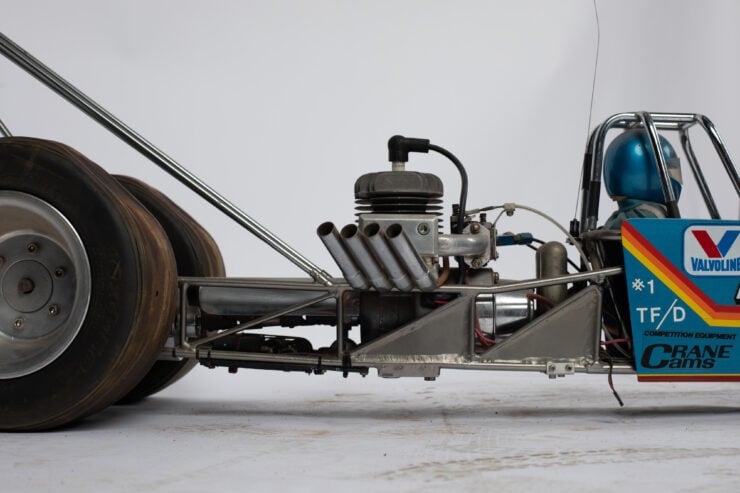