The Alps Mountaineering Zephyr tent is fantastic for hikers and mountain bikers, but it’s also excellent for motorcycle camping and cross country two-wheeled adventures. Hikers and moto-campers both face the same basic problem – they have very little space for equipment, and any equipment they have needs to be as light as possible.

The tent packs down into a  6″ x 18″ tube that weighs 4 lb. 5 oz., a great size for strapping to the back or side of your bike, and it can be assembled in a few minutes, with disassembly and packing away taking a few minutes more.

The Zephyr 1 person tent uses two aircraft-grade 7000-series aluminium poles, with a factory-sealed fly and floor seams for weather protection, a 75D 185T poly floor with a 3000mm coating, and a 75D 185T polyester fly with 1500mm coating to resist UV damage. The tent can be assembled in two ways – during the warmer, dryer months you can set it up without the fly for cooling airflow through the mesh, and when it’s colder or wetter you can attach the rainproof fly.

When the fly is attached the tent has a vestibule chamber in front of the door, allowing you to store your gear, helmet, gloves, and bag out of the weather. 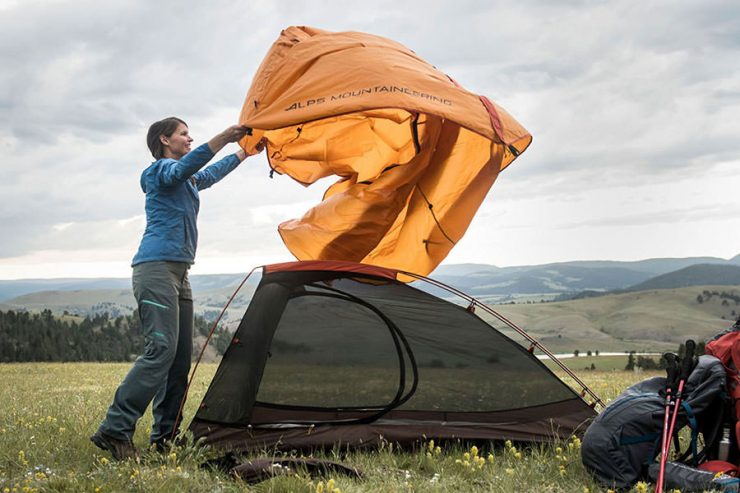