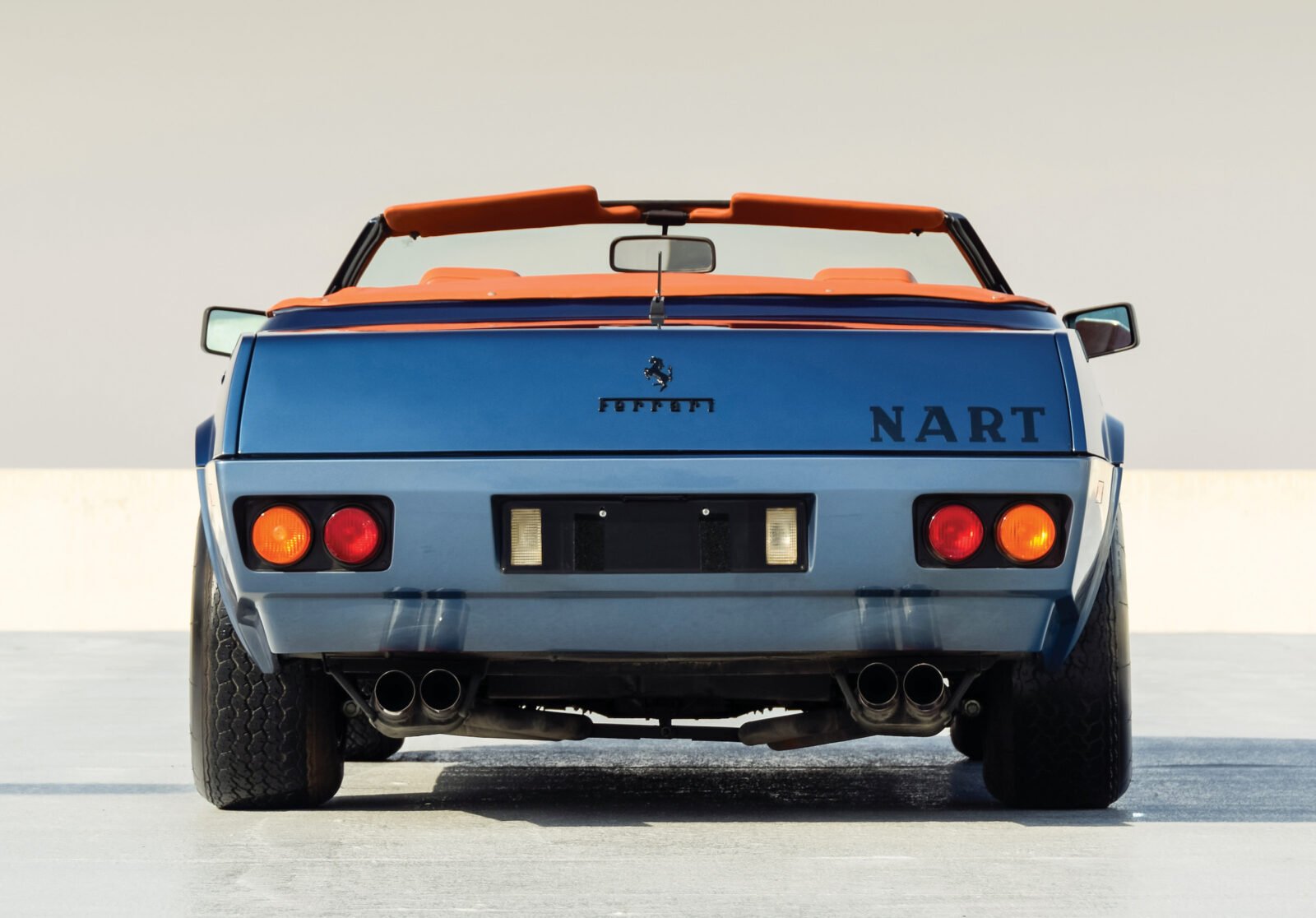 Chinetti commissioned the first Michelotti Ferrari 365 GTB/4 in 1974 and showed it at that year’s Turin Motor Show. The original design was a little more minimalist than the car you see here, it had cut-down doors, moulded bumpers front and back, and a removable targa top. 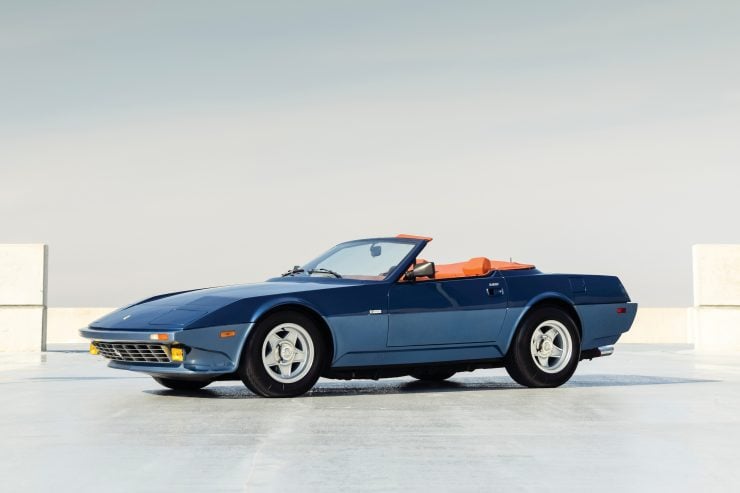 The Chinetti-Michelotti-Daytona and the 24 Hours of Le Mans

A second car was commissioned specifically to race at the 1975 24 Hours of Le Mans – Chinetti was an experienced driver in the event though he was in his 70s by this time and would have needed to turn the car over to younger drivers.

Luigi Chinetti competed in 12 consecutive 24 Hours of Le Mans races, winning it 3 times including a remarkable effort in 1949 when he drove a Ferrari 166M for 23 hours, turning the car over to his gentleman co-driver Baron Selsdon for just long enough for him to qualify as a driver.

This win would be the first for Ferrari at Le Mans, it was also the first time a V12 won, and remarkably it was the smallest capacity engine to win the event up until that point, with a capacity of just 1995cc.

Sadly the 1975 return to Le Mans would never take place due to a disagreement with the race stewards. A year later in 1976 he ordered three more Daytonas from Michelotti, configured to road-going specifications, with air conditioning and power windows, specified for the American market. 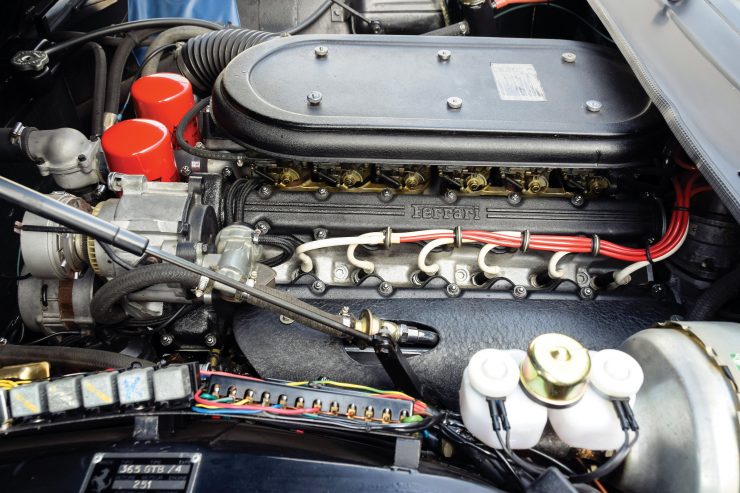 The Ferrari 365 GTB/4, nicknamed the Daytona, was developed by Ferrari to take the fight to Lamborghini. The upstarts over at Ferruccio Lamborghini’s company had released the Miura in 1966, a mid-engined supercar that forever changed the game.

Perhaps most offensively for Enzo Ferrari was the fact that the Miura was faster than any Ferrari road car with a top speed of 171 mph. The new Daytona would change this imbalance, with sleek, modern styling and a top speed of 174 mph – though it still had the engine in the front, as (former racing driver) Enzo didn’t trust “regular” people to be able to handle mid-engined car. 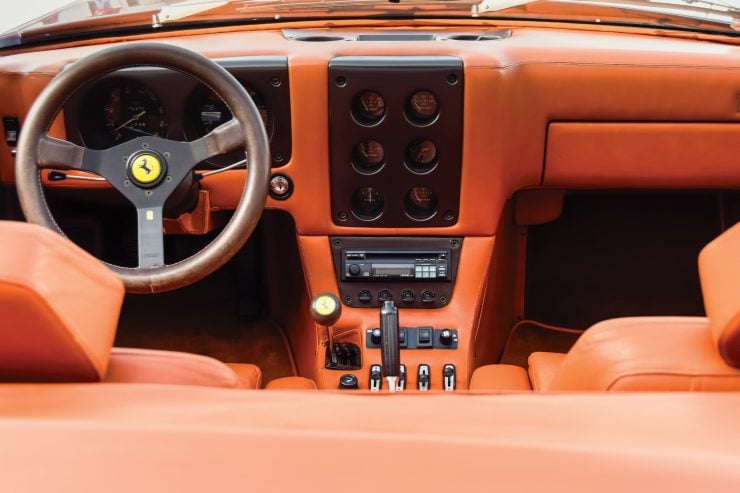 The car you see here is the first of the 3 cars built in 1976, touchingly Chinetti commissioned this car specifically for his wife and added script with her name on it when it was delivered from Italy.

Though it was rebodied in 1976 the car started life as a 1971 Ferrari 365 GTB/4 which had been sold by Chinetti’s dealership and then traded back a few years later. It was sent to Italy for a new suit, so to speak, with a two-tone color scheme of dark blue over grey with an interior in orange-hued leather.

The car saw limited use throughout the late 1970s and Chinetti loaned it to Michelotti as a display piece at the 1980 Turin Motor Show, after this the car was displayed for another two years until 1982 at the Le Mans Museum.

In the years since the car has lived in a very small number of collections including 22 years in one of them, remarkably it’s done just 5,479 miles since its 1976 rebuild. 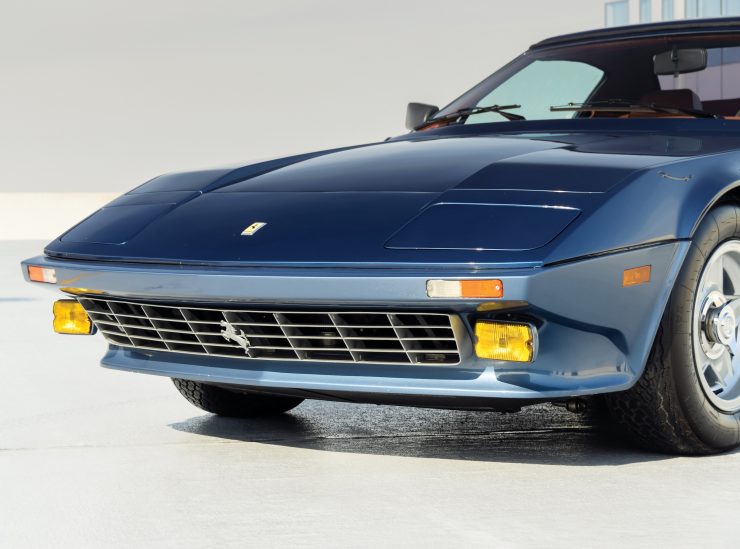 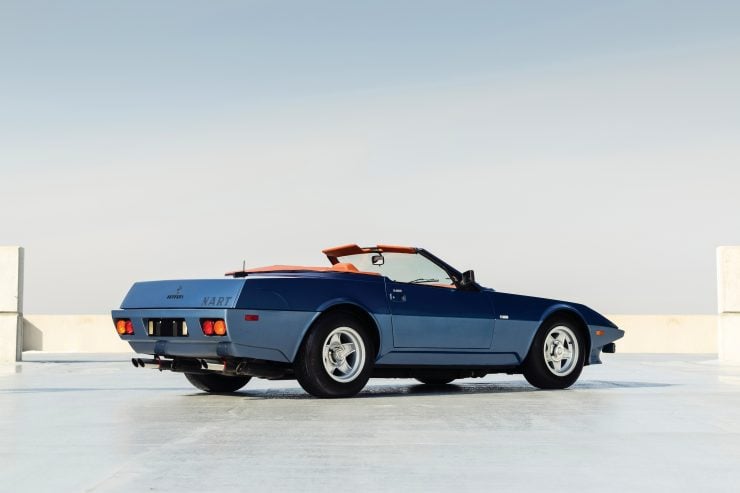 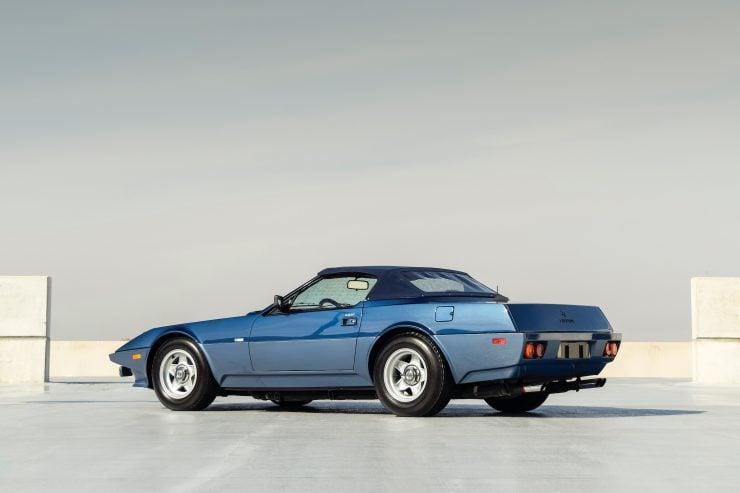 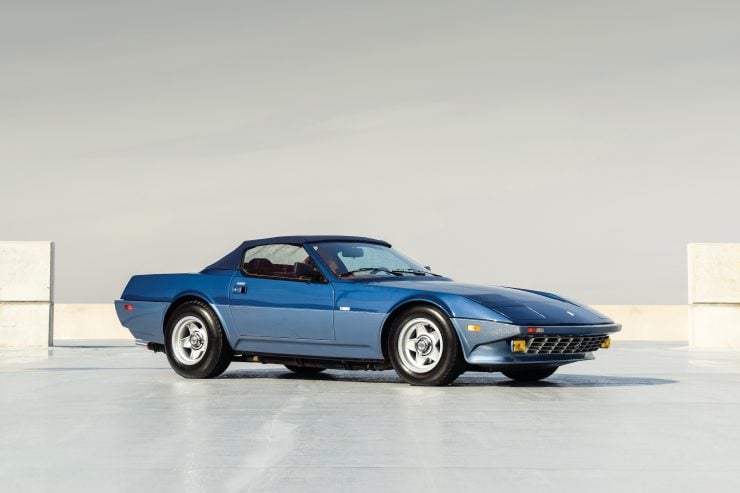 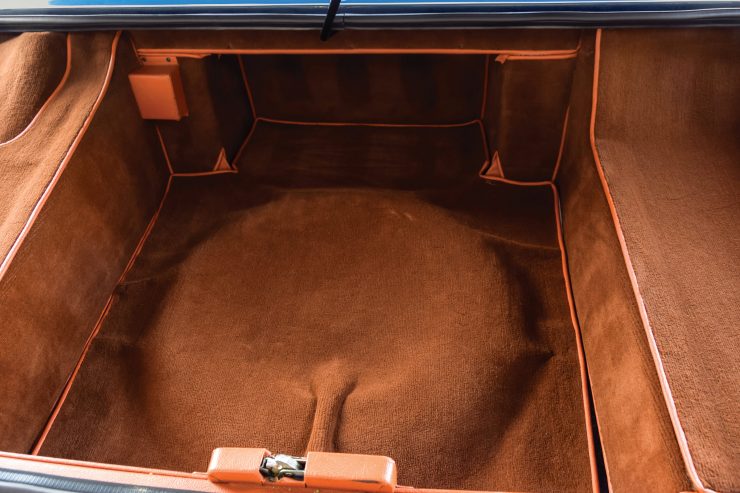 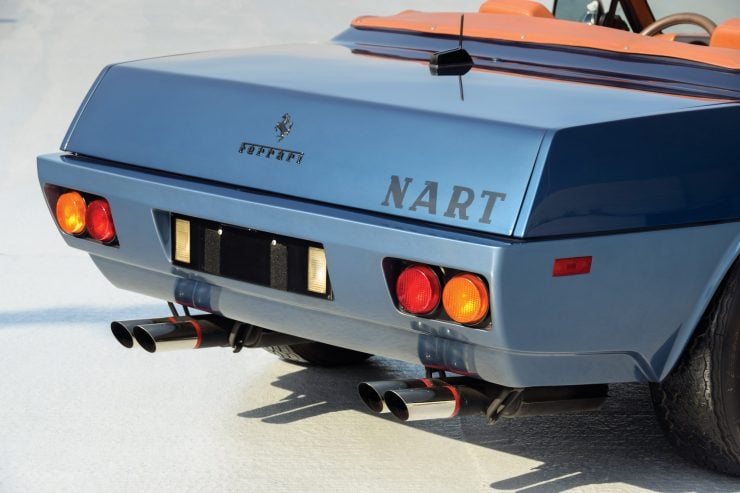 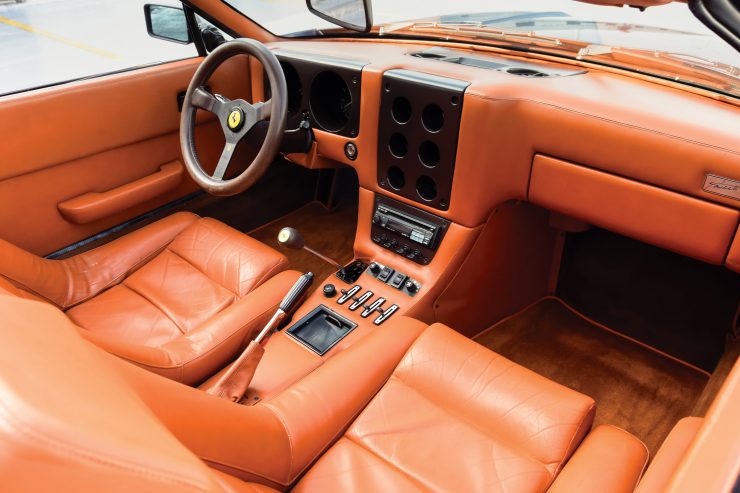 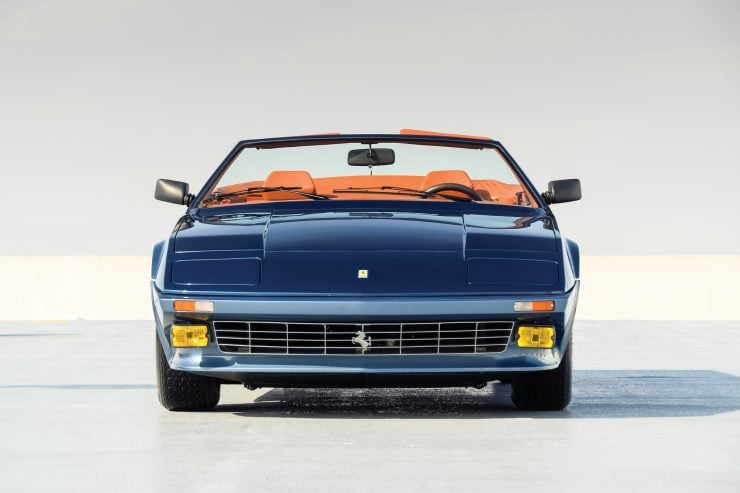 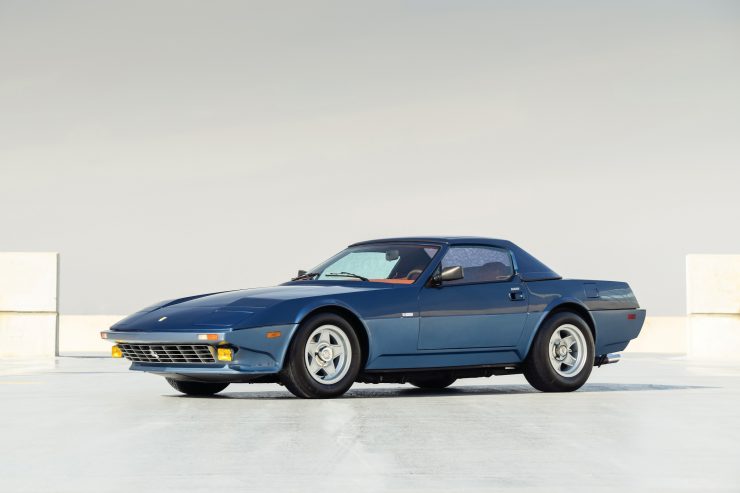 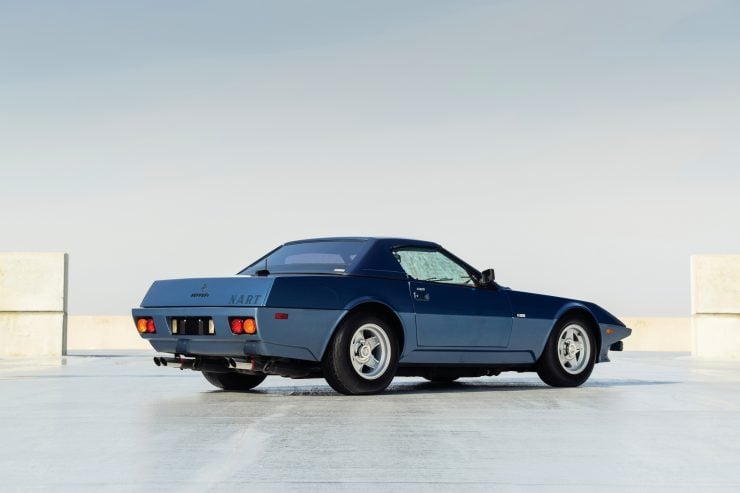 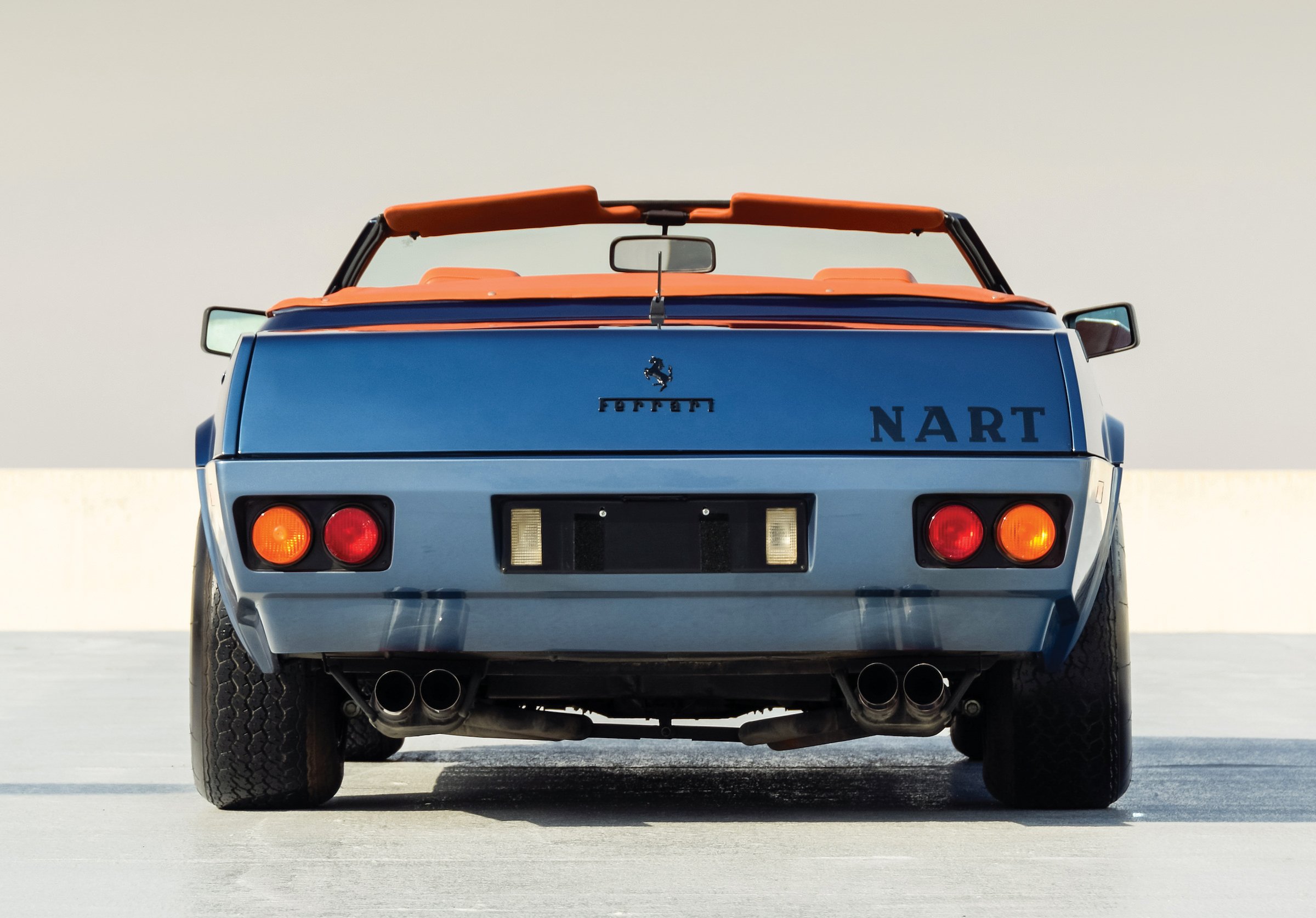