This remarkable and vividly detailed motorcycle is built from recy­cled mate­ri­als, mostly spare parts from cars, motorcycles and bicy­cles at the Ko Art Shop in Bangkok.

Now I don’t know about you but the idea of having even a low-speed head on collision on this bike scares the crap out me. It’s a hell of a bike to look at though. From a safe distance. 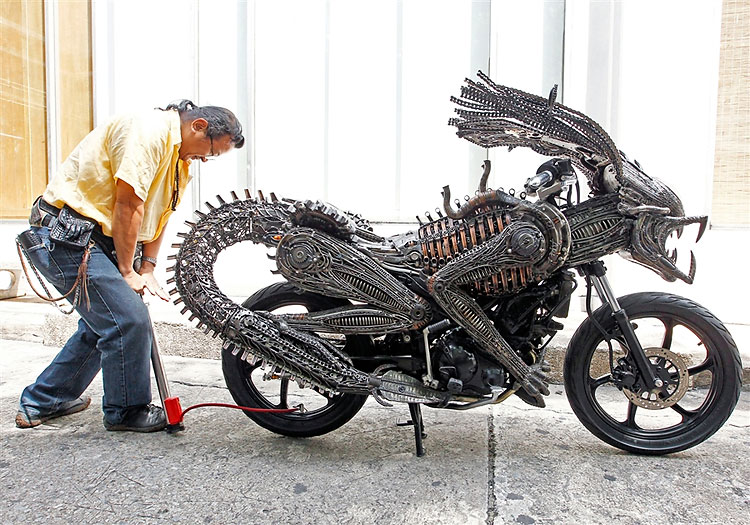