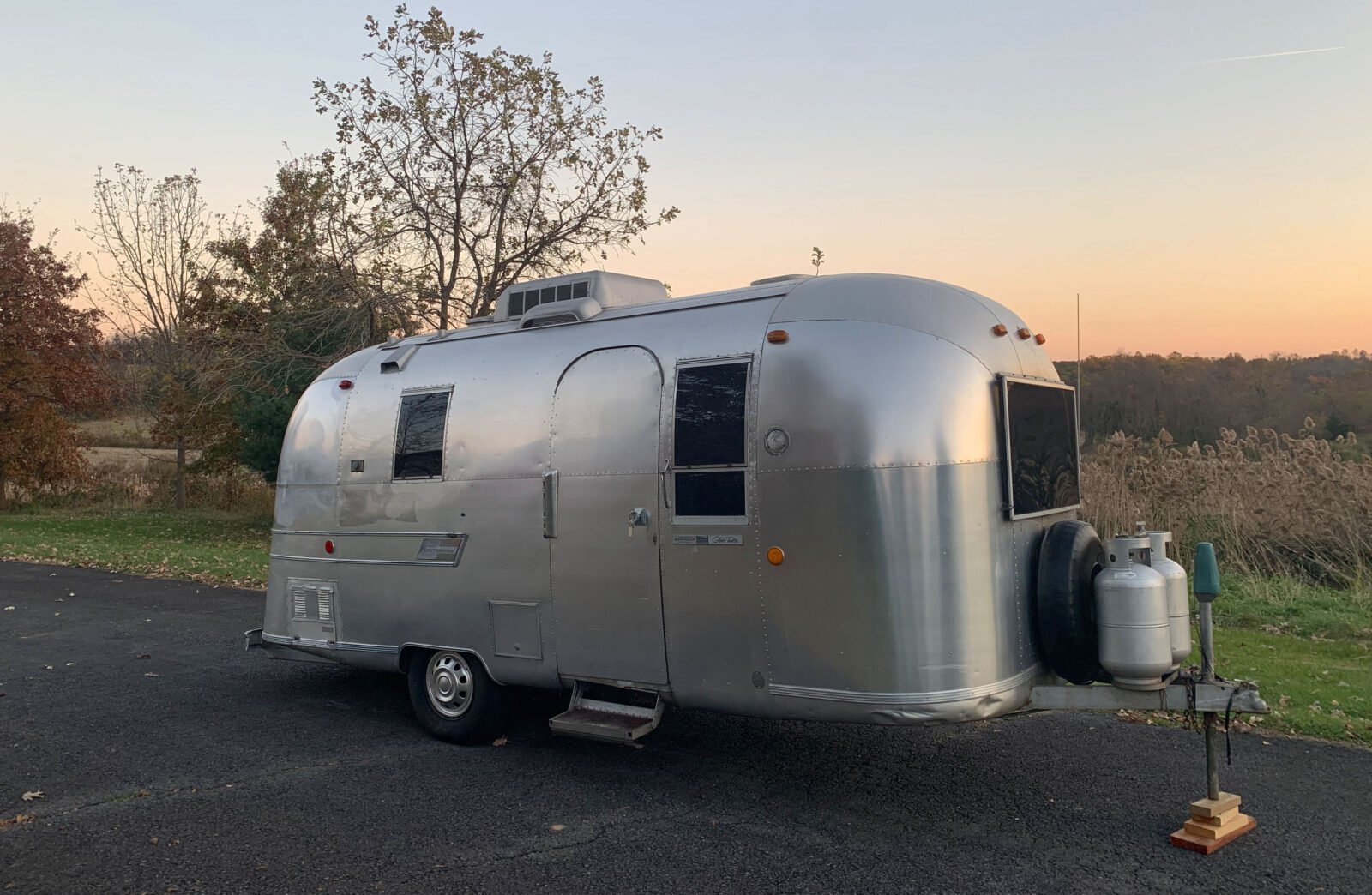 This well-preserved 1968 Airstream Globetrotter is a great example of what travel trailers were like back in the 1960s and earlier. This example has an original interior that includes a bathroom with a toilet, sink, and shower, an electric generator, a gas stove, and built-in lighting throughout.

Airstreams have always been targeted at more well-to-do travelers however this model is the more affordable single axle 20 ft model that’s also much easier to tow than the larger Airstreams.

At some point as the 20th century progressed, the Airstream travel trailer became a global icon. They’ve been used by movie stars like Tom Hanks who had his own custom Airstream built and used it on the sets of movies like Apollo 13, Forrest Gump, Philadelphia, Catch Me If You Can, Castaway, The Polar Express, Sully, and many more. 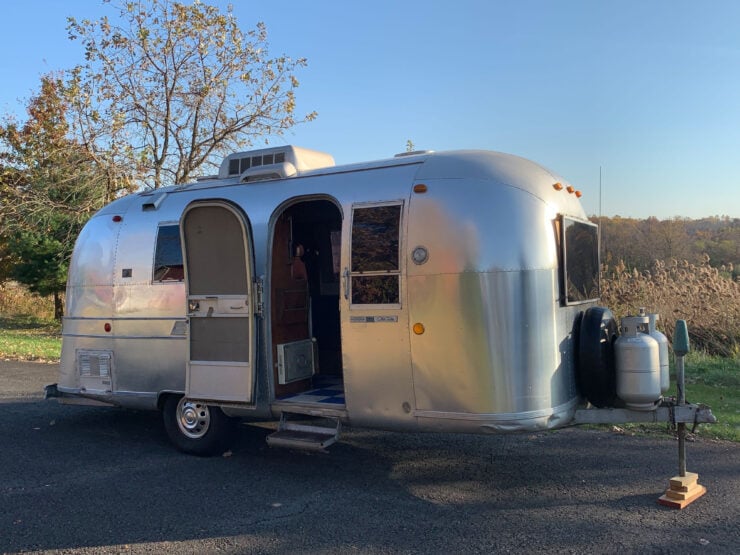 This 20 foot Airstream is an excellent size for a traveling couple, it has all the amenities you could ask for including A/C and an onboard generator, and it can be towed by many tow ball equipped vehicles thanks to its low weight.

Since Airstream first starting building aluminium trailers in 1936, it would be the only company building trailers of this type that survived the Great Depression, however it was shut down shortly after by the US involvement in WWII.

Airstream bounced back after the war, resuming production in 1948 thanks to the availability of aluminum which had been strictly rationed during the conflict and prioritized for aircraft use. This post-WWII period was an economic boom time in the United States and many Americans were buying luxury items like expensive cars, overseas holidays, and things like Airstreams.

This boom continued well into the 1960s, but which time Airstream had their travel trailers down to a fine art.

They could be ordered with all the modern conveniences of home including electrical power, a fully equipped bathroom, a full kitchen, air-conditioning, an onboard generator, built in lighting, and the larger models had seperate living, dining, cooking, and sleeping spaces. 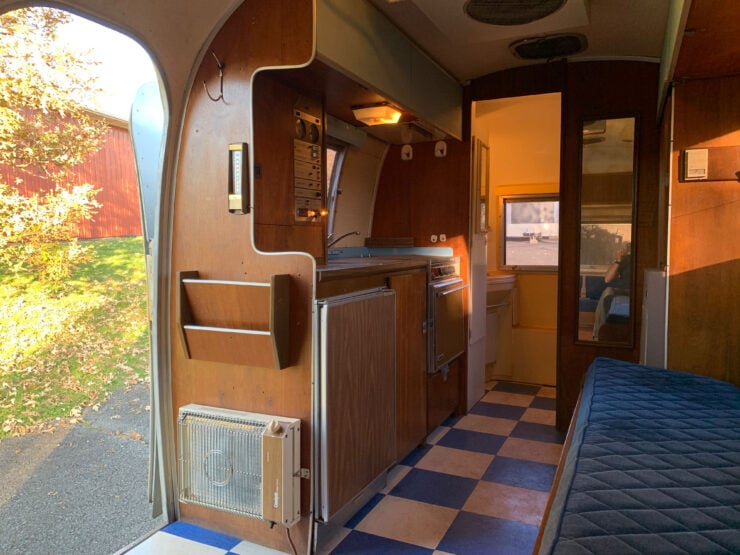 The interior retains its 1960s charm with the original cabinetry, flooring, and upholstery still in place.

The 1968 Airstream Globetrotter you see here is one of the more affordable and easier to tow models, it measures in at just 20 feet long but it still has all the modern conveniences you could ask for in the 1960s. Or the 2020s for that matter.

This Airstream is largely original, with blue diamond-stitched upholstery and blue and white checkerboard flooring in well-preserved condition throughout.

It has many high-end factory amenities including interior paneling, a bathroom with a sink, toilet, and shower, lighting throughout, roll-out windows with both clear and tinted glass, window shades, a Motorola AM/FM radio, a liquid-propane refrigerator and range stove, an electric generator, and a more modern roof-mounted air conditioner.

It’s being offered by the seller with two liquid-propane tanks, its original registration certificate and warranty card, as well as manuals and other paperwork. It’s due to roll across the auction block in the first week of December and at the time of writing there’s no price guide listed.

If you’d like to read more about this time-capsule Airstream or register to bid you can click here to visit the listing on RM Sotheby’s. 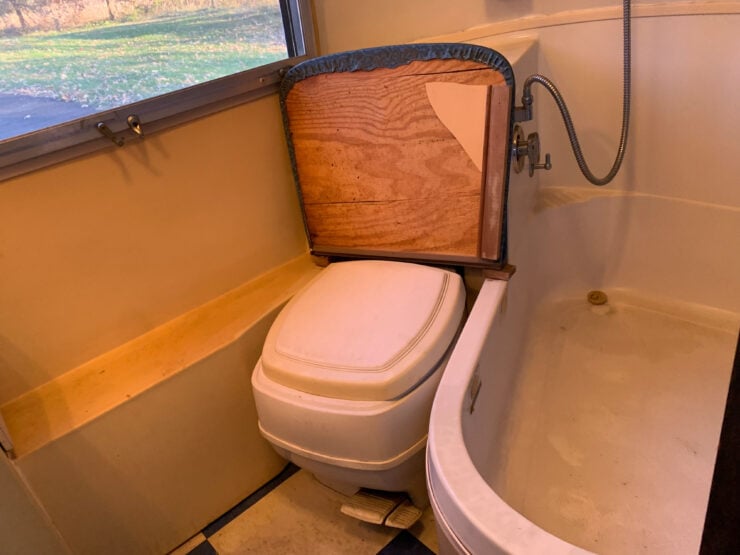 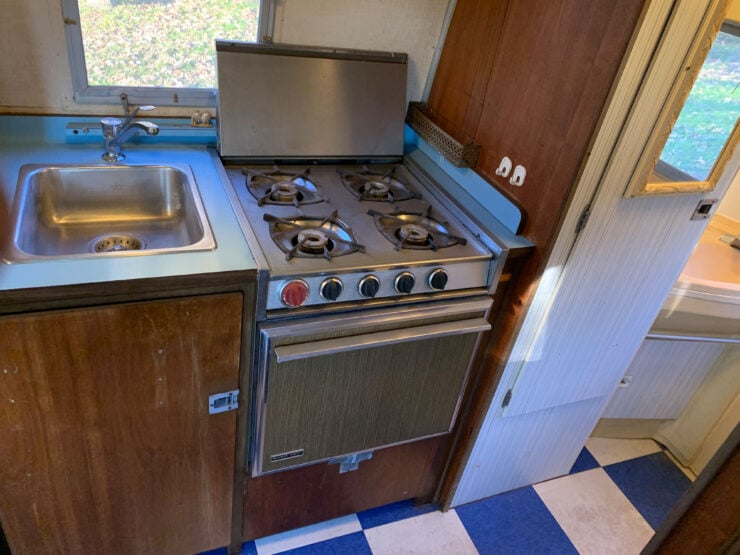 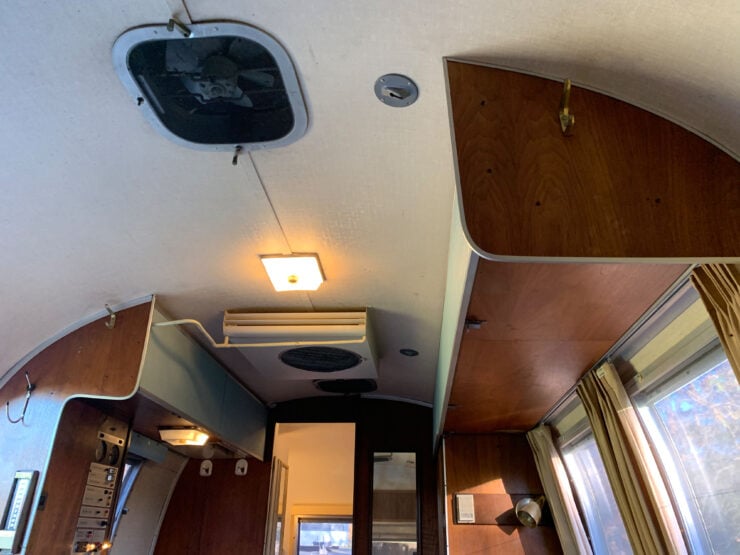 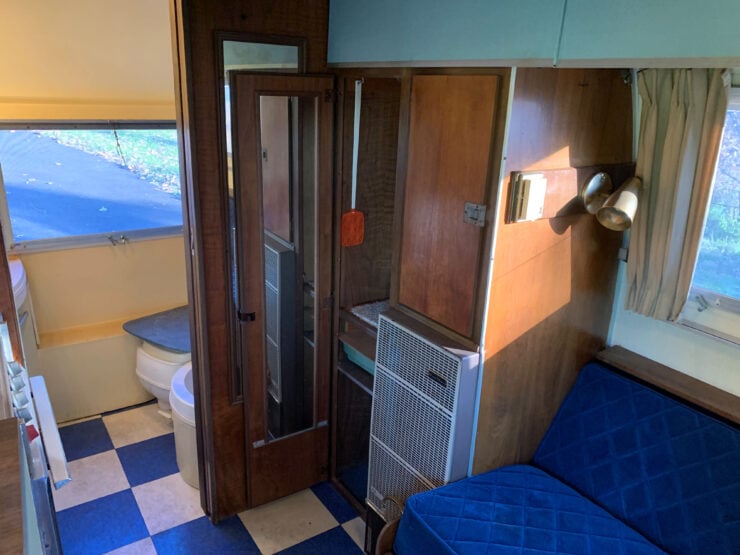 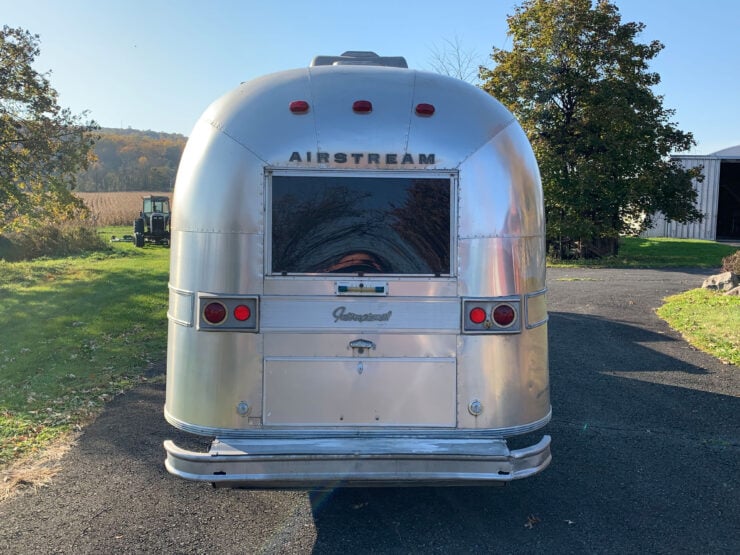 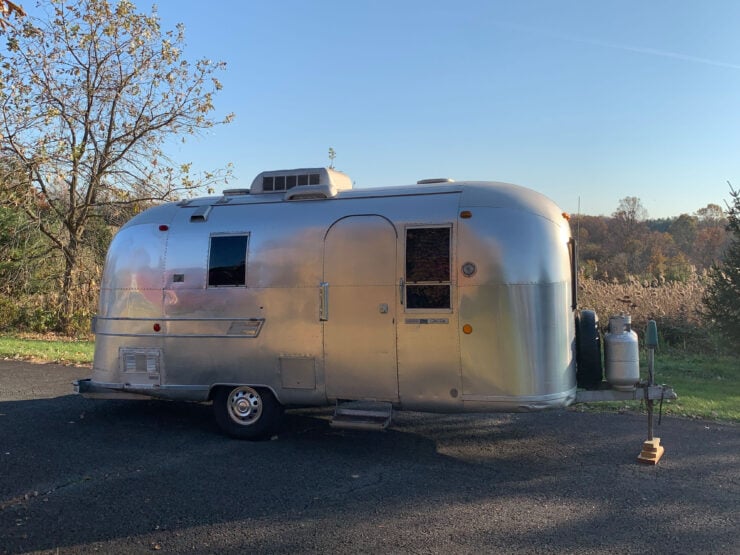 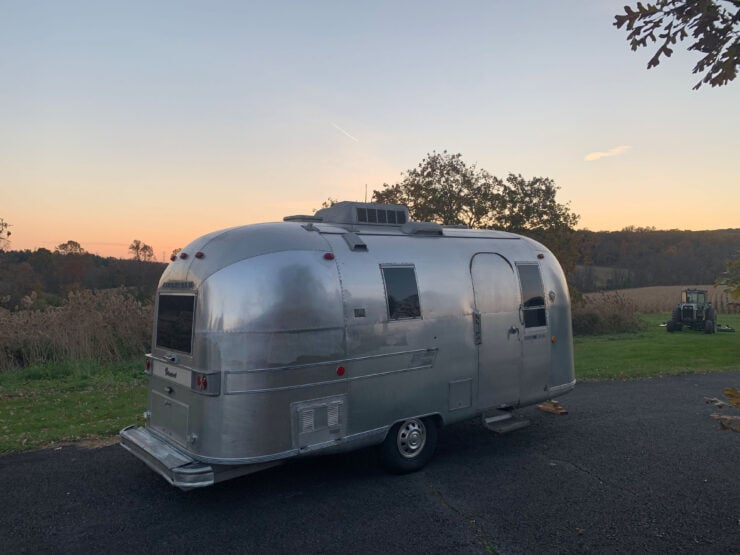 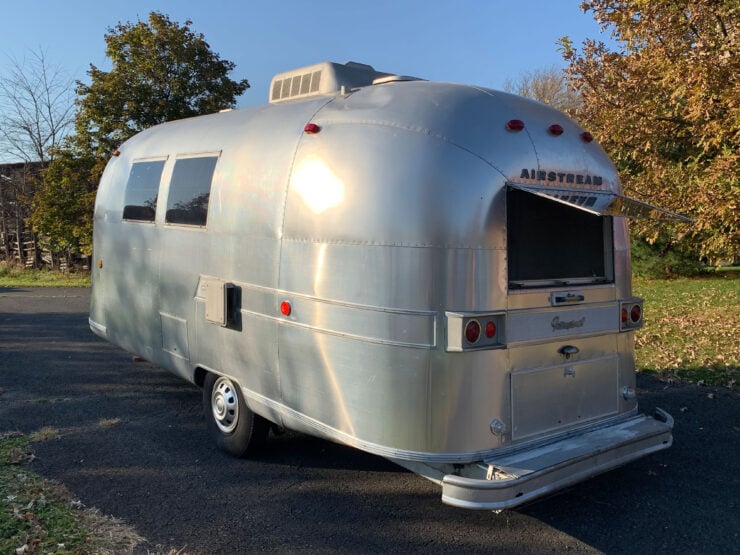