This almost hour-long documentary tells the incredible story of Thrust 2, a jet-powered land speed record car that would overcome long odds to set a new FIA flying mile record at 633.468 mph (1019.46 km/h) on the 4th of October 1983.

The record would stand for an extraordinary 12 years, 11 months, and 11 days.

The vehicle was called “Thrust 2” as the original plan by designer John Ackroyd had called for three vehicles to be made – Thrust 1, Thrust 2, and Thrust 3.

Thrust 1 was planned to be the test bed for the engine and some technologies that were being developed for the land speed record car. Thrust 2 was built as a fully-functional two seater that driver and project leader Richard Noble could take people (and potential sponsors) on joy rides up to 200 mph.

Thrust 3 was intended to be the primary record breaking vehicle, and it would be the final vehicle built in the series. 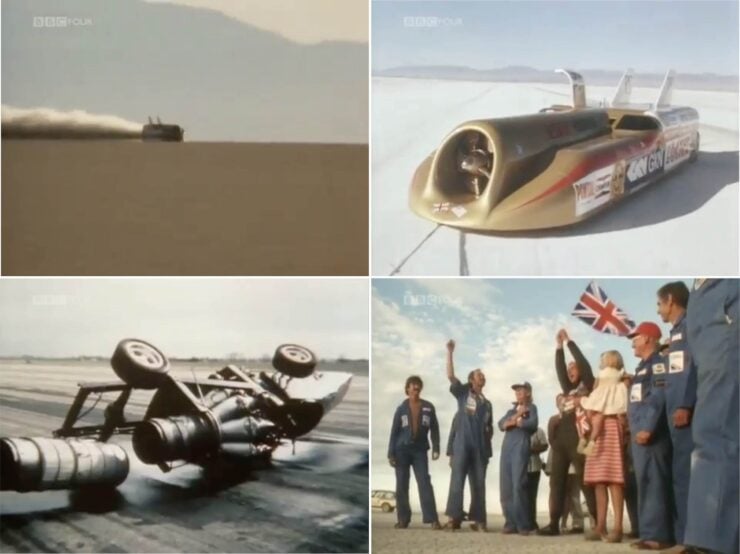 The trials and tribulations faced by the team before they landed their world speed record were almost unending, in all the project took almost 10 years to achieve its goal.

The first of many set backs happened in March of 1977 when Thrust 1 suffered a rear wheel bearing failure at 140 mph which resulted in the vehicle flipping over multiple times and being badly damaged. Noble and Ackroyd would then streamline their plans, shifting the record breaking attempt to Thrust 2 and cancelling Thrust 3.

The sheer number of setbacks endured by the team was extraordinary, they seemed to attract rain to regions of the world where rain only rarely occurs, including the Bonneville Salt Flats in Utah and the Black Rock Desert in Nevada.

The stubbornness of Richard Noble and his uncanny ability keep sponsors onboard even after 9 years years of setbacks resulted in a new world record in 1983, a record that would stand until 1997 when Richard Noble once again set out to break it as the project leader of Thrust SSC project.

This car, was driven by Squadron Leader Andy Green, broke the sound barrier in 1997 and set a new world record in the process. 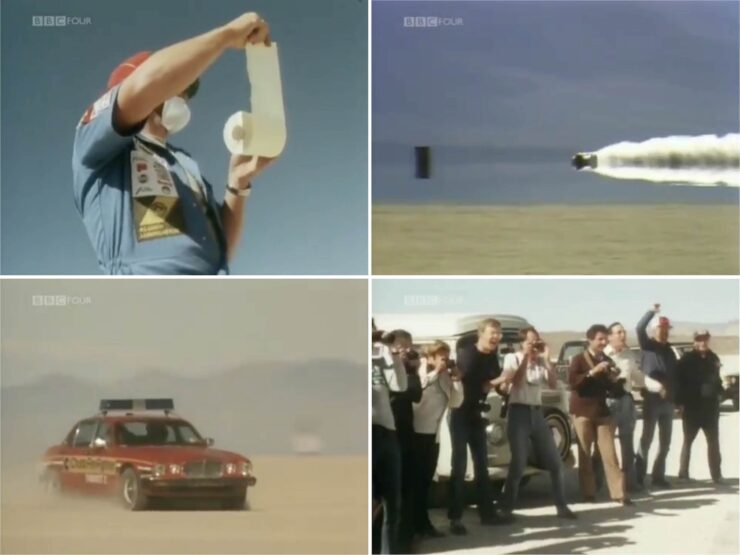