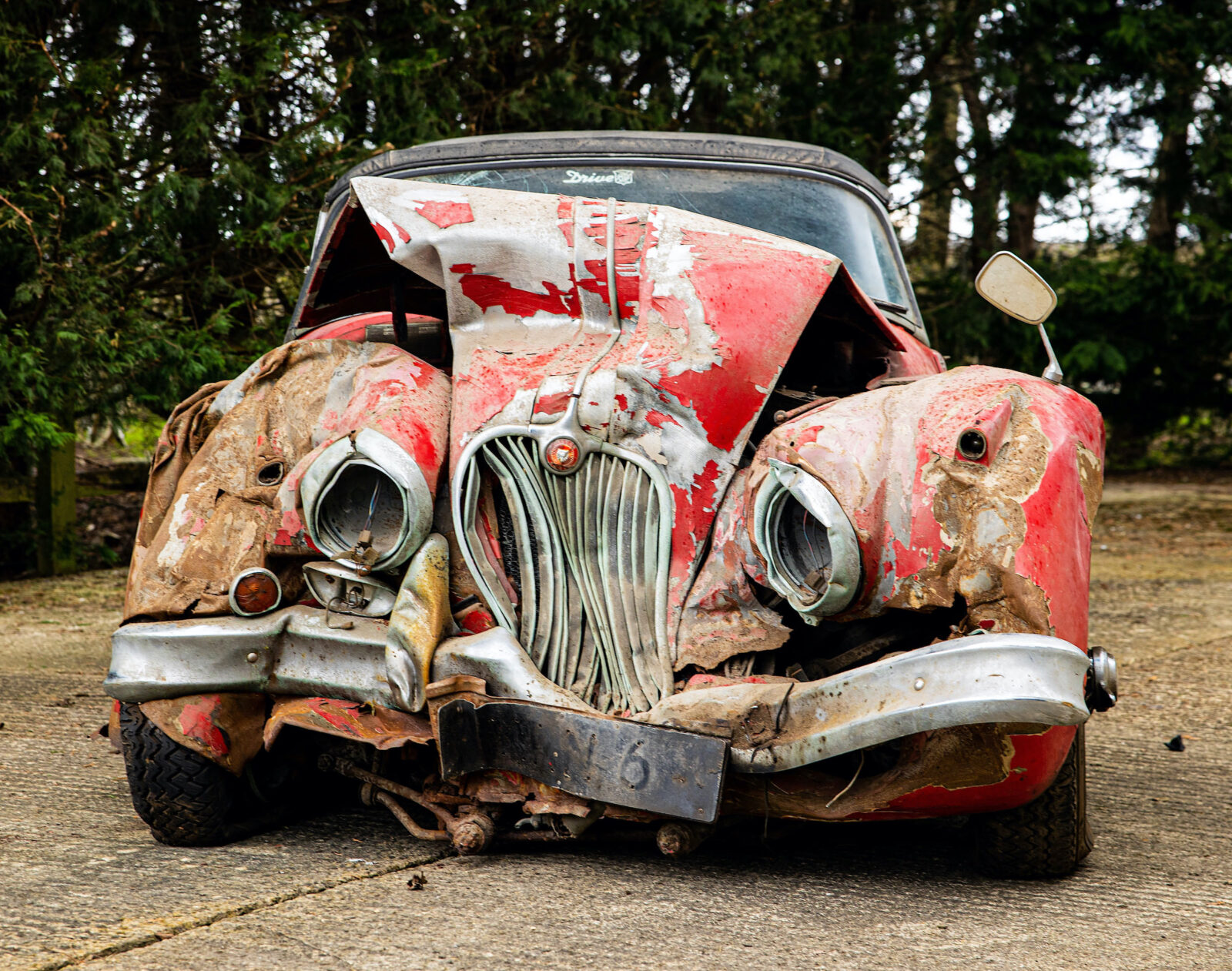 The final version of the Jaguar XK150 S was released in 1960, it would be the most powerful version of the car ever made with 265 hp and a top speed of 135 mph – a remarkable figure for the era.

The XK150 S you see here has obviously seen better days. The reason it looks the way it does is because on one rainy day in 1996 the owner had a slight mishap on a rain soaked curve in the road. The car spun off into a tree leaving the front severely damaged, the rear right side seriously indented, and the driver miraculously unharmed save for a tow truck sized dent to his pocket book.

After the accident the owner kept the car tucked away out of sight and weather for almost 25 years, only rolling it out recently to have it photographed for the upcoming Bonhams MPH May Auction due to be held on the 22nd of this month.

With a price guide of $14,000 to $21,000 USD this is undoubtably the least expensive Jaguar XK150 S for sale anywhere in the world at the moment, particularly considering it’s in complete (albeit damaged) form with the engine, gearbox, chassis, and body all accounted for.

The Jaguar XK line of sports cars was heralded by the arrival of the XK120 in 1948, just three short years after the end of WWII. The XK120 came about almost by accident, it was developed as a show car to display the then-new Jaguar XK engine to the general public at the 1948 London Motor Show. 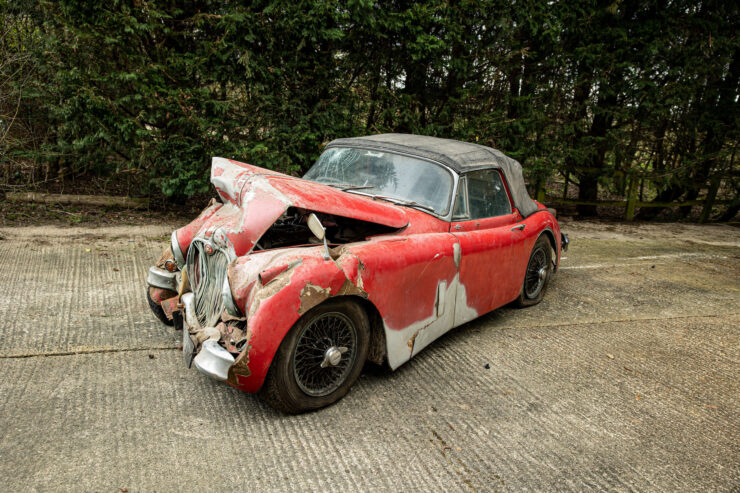 Above Image: This XK150 has certainly seen better days, though hopefully it’ll soon be in the hands of restorers.

The overwhelming positive reaction to the car was such that Jaguar put it into production, so quickly was it put into production that the first 242 cars had handmade wooden body frames with hand-shaped aluminum alloy body panels. Later cars would be all steel once the factory had been tooled up for full scale production.

The post-WWII boom years were a golden age for many parts of the world and cars like the Jaguar XK series were driven by some of the most famous and influential people in the world including Clark Gable who took delivery of the very first XK120 production car.

When it was first released the XK120 was the fastest production car in the world with a top speed of 120 mph, this top speed would be bettered by each following generation with the XK140 achieving 125 mph and the “S” version of the XK150 managing the aforementioned 135 mph.

Jaguar had ensured that its XK series had always been luxurious by the standards of the time, however the level of luxury increased slightly with each of the three generations culminating in the XK150 which was more of a gentleman’s grand tourer rather than the dashing droptop sports car piloted by Clark Gable back in 1949.

When it was first released the XK150 was offered as either a fixed head coupe or a drop top coupe. For the uninitiated a fixed head coupe is a two door car with a fixed metal roof and a drop head coupe is a convertible with a thicker, heavier roof that provides almost coupe-like levels of noise and weather protection. An open top roadster with a minimal folding roof would be released a year later in 1958.

As with all the XK models the XK150 was powered by the Jaguar XK engine with had donated its name to the model line. This was the engine that launched Jaguar to the very pinnacle of motor racing in the 1950s with triple back to back wins at the 24 Hours of Le Mans in the engine bay of the Jaguar D-Type in 1955, 1956, and 1957 with the D-Types taking five of the top six places in 1957.

The combination of speed, beauty, and luxury have made the XK150 an enduringly popular car with a devoted following around the world. Of all of the surviving cars the most highly sought after are the XK150 S models like the one shown here – so there can be little doubt this car will be snapped up by someone who’ll have it rebuilt. 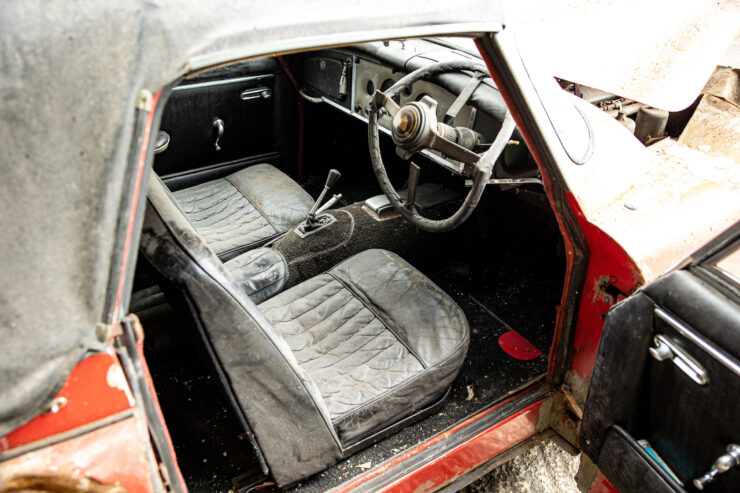 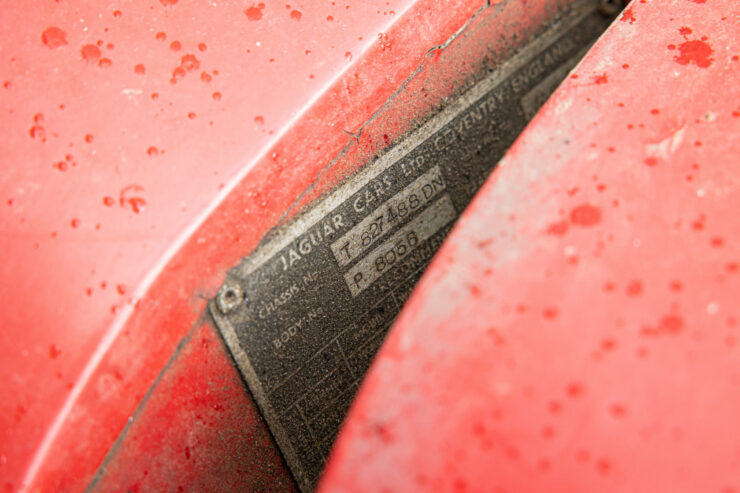 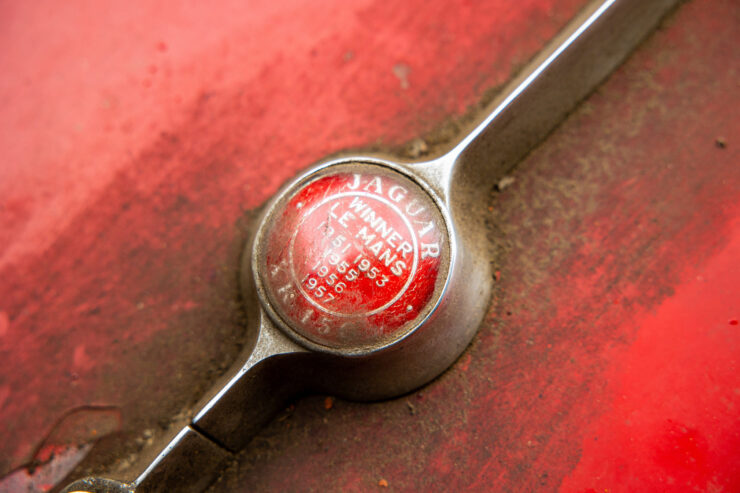 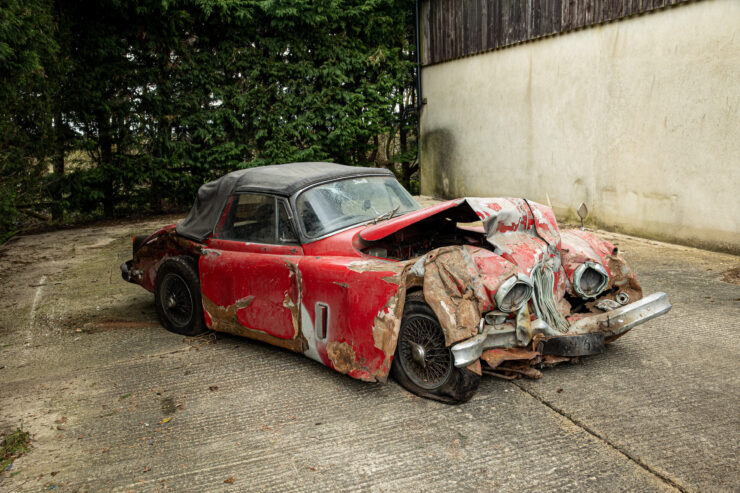 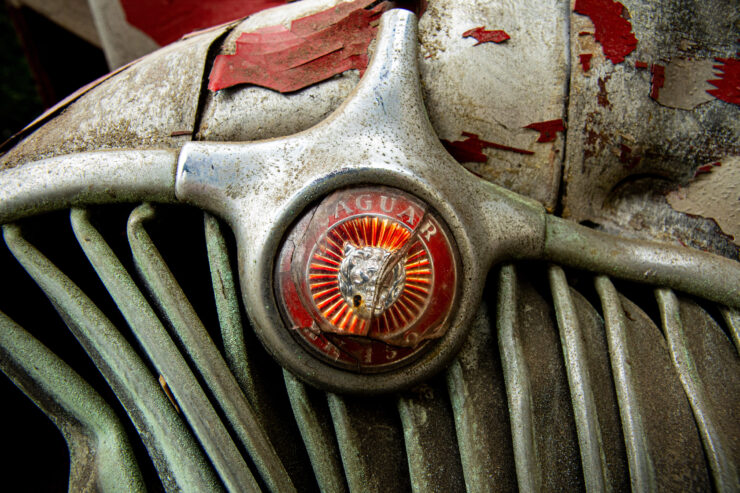 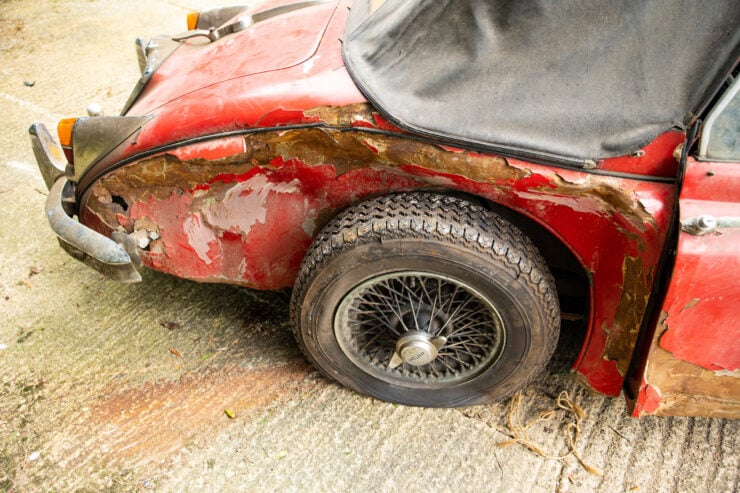 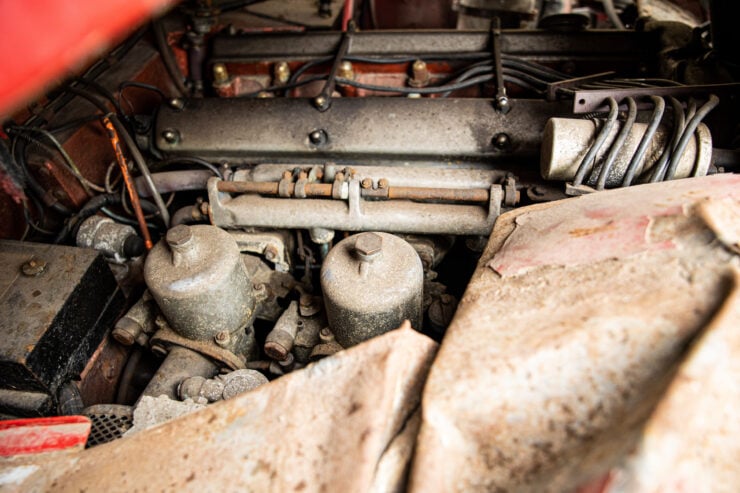 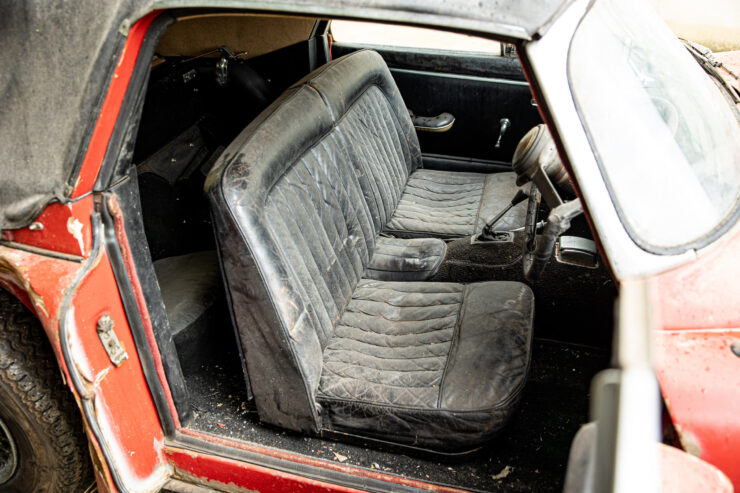 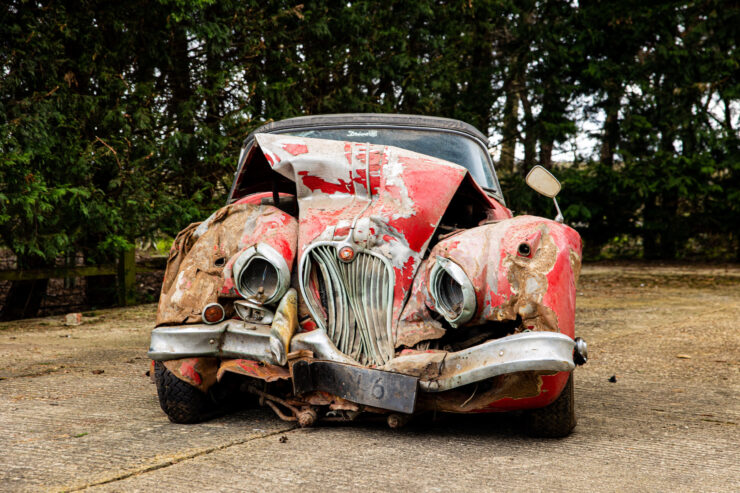 Published by Ben Branch - May 18th 2021
Related Posts
For Sale: A Defender SVX From The James Bond Film “Spectre”