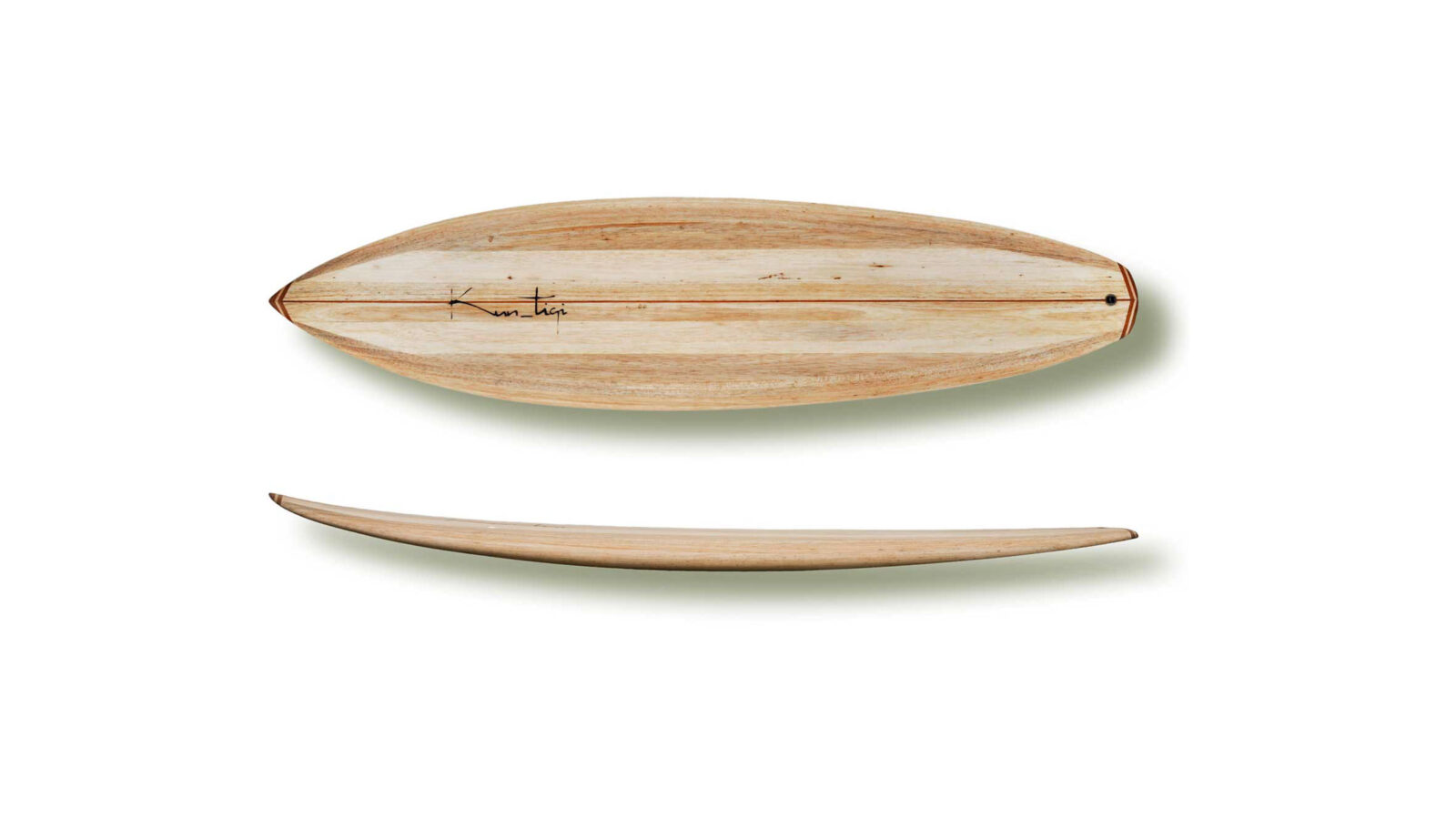 The 70s Singlefin by Kun_tiqi Surfboards is a great example of what modern surfboards would look like if materials like expanded polystyrene had never been invented. It uses a core of balsa wood with a hardwood stringer, and a hardwood tip and tail, the board is then layered with fibreglass for strength and longevity.

Kun_tiqi pride themselves on using only the most sustainable, environmentally friendly materials and methods available, but all of that aside I think we could probably all agree that wooden boards just look better, both in and out of the water.