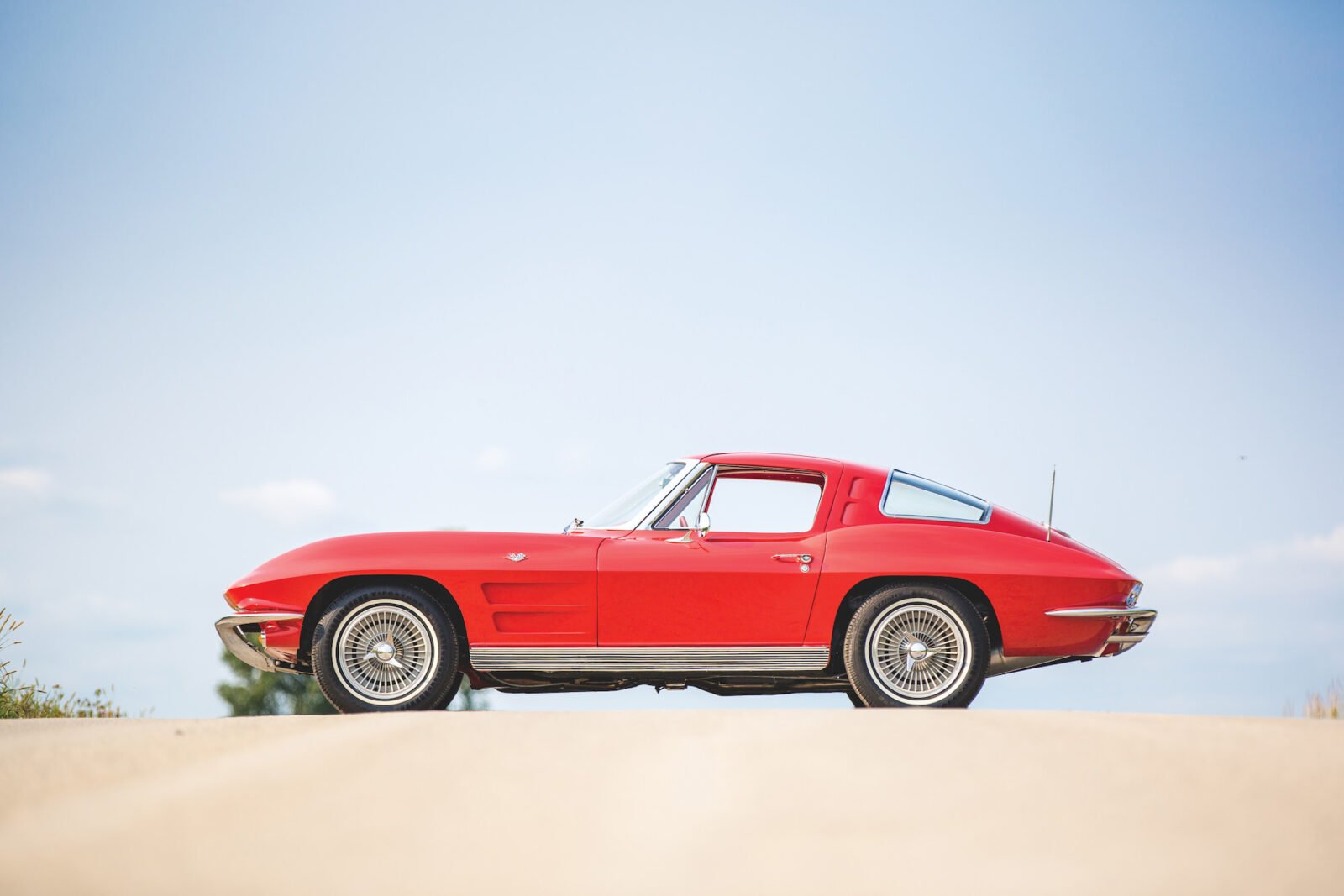 The second generation Corvette was introduced in 1963, it was a substantial update over the original 10 year old design and for the first time a hardtop version was offered. From an engineering perspective the most important update in the C2 Corvette was the introduction of independent rear suspension, the C1 had a solid rear axle – and this hampered the Corvette’s ability to effectively compete with the sports cars pouring out of Europe.

The tin top version of the ’63 Corvette had a split rear window, a contentious design feature that the original designer Bill Mitchell loved – but the Corvette chief engineer Zora Arkus-Duntov didn’t like it due to the hampered rear visibility. By 1964 Arkus-Duntov had won the debate and the Corvette had a single pane of glass running across the back, over the years since the 1963 “split window” Corvette has become highly collectible.

For 1963 the new Sting Ray Corvette was offered with a single engine capacity of 327 cubic inches that could produce varying amounts of power depending on specification. The base model produced 250 hp but this could be increased to 300 hp, 340 hp, or 360 hp – aftermarket parts could then be fitted to further boost output if the owner desired.

The ’63 Sting Ray you see here is fitted with the 340 hp engine option coupled to the 4-speed manual transmission, with 4-wheel hydraulic drum brakes. The car was restored three and a half years ago by a Philadelphia-based collector who finished it off in Riverside Red with a red interior, it still has its original knock-off wheels and matching numbers drivetrain so it’s estimated value is between $80,000 and $120,000 USD.

If you’d like to read more or register to bid you can click here to visit RM Sotheby’s. 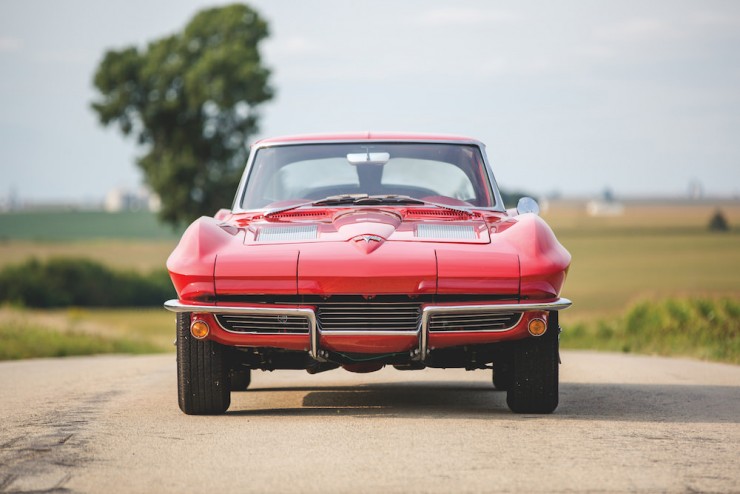 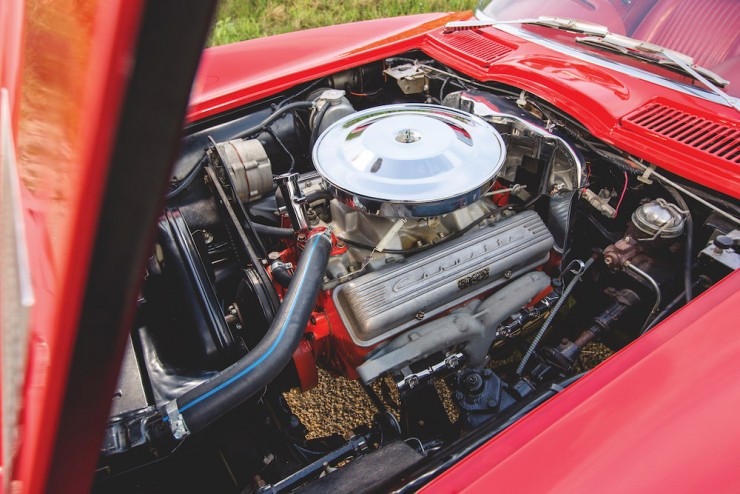 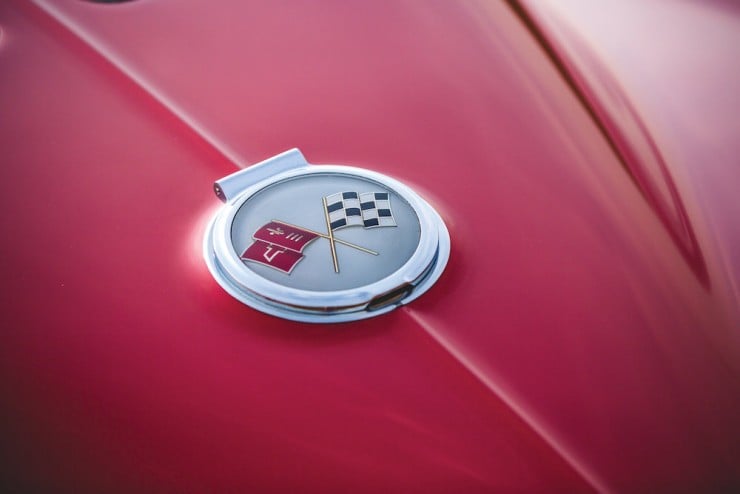 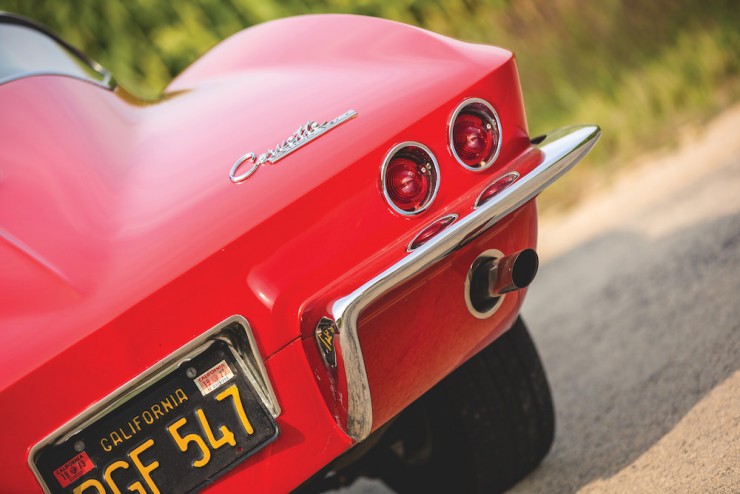 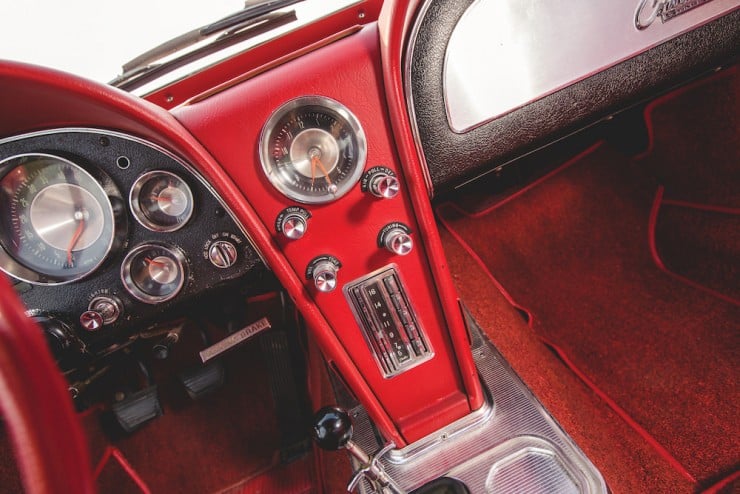 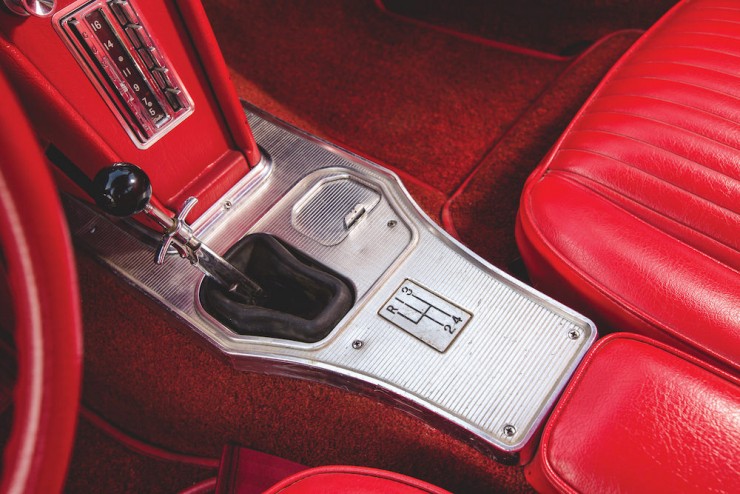 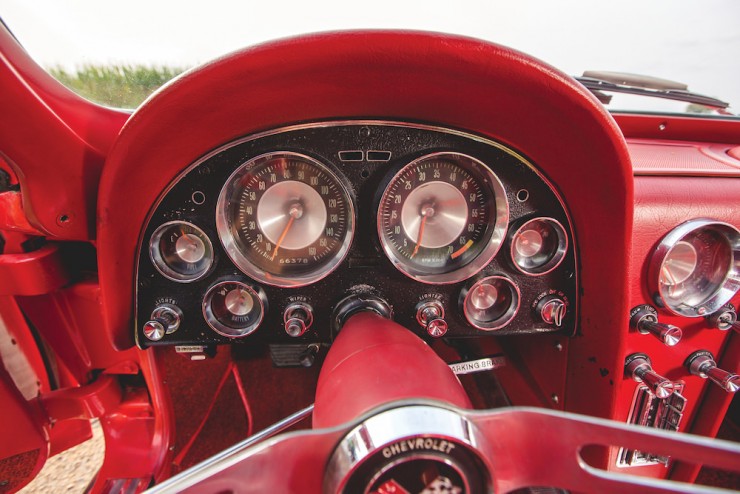 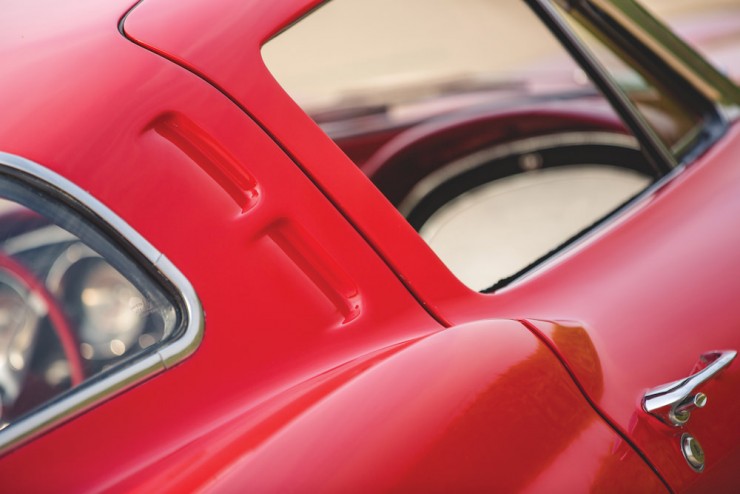 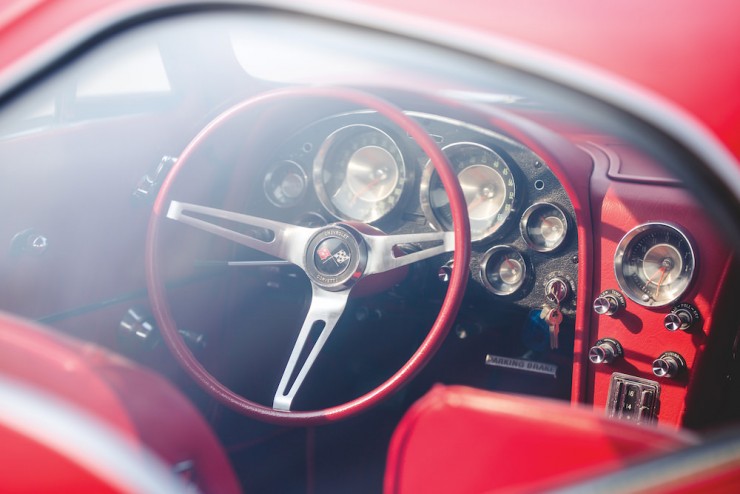 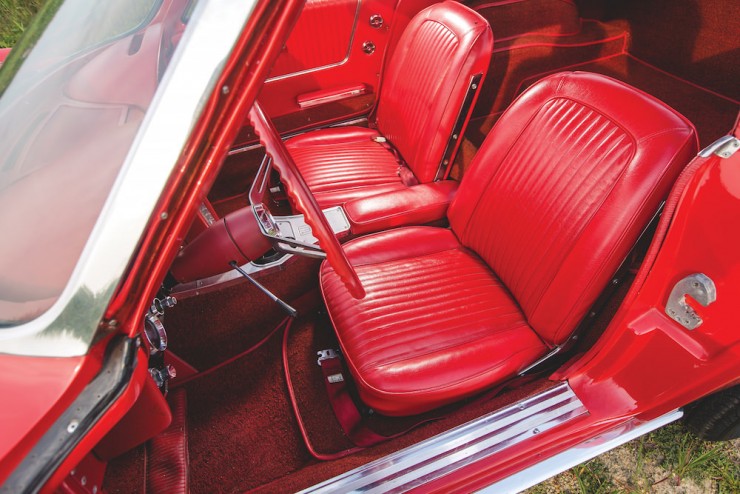 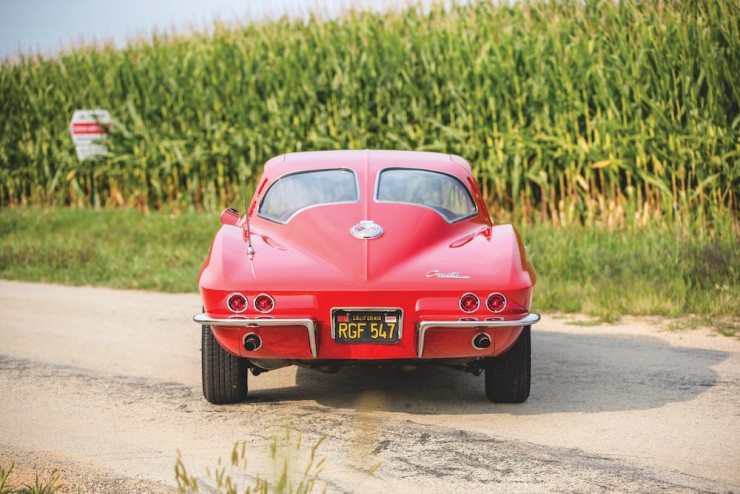 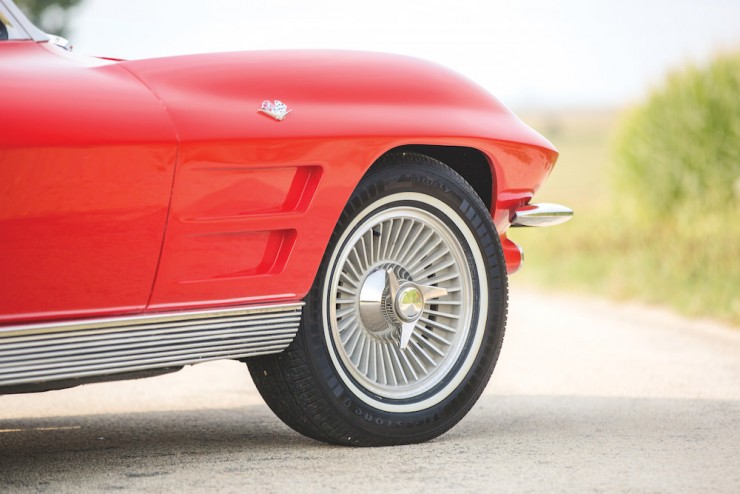 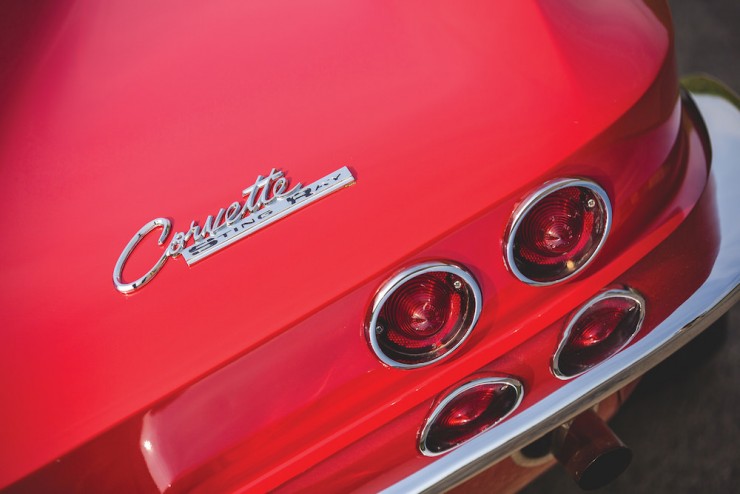 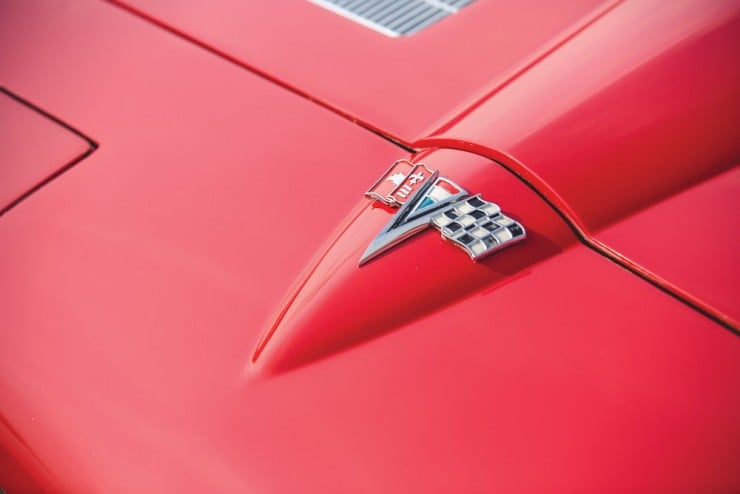 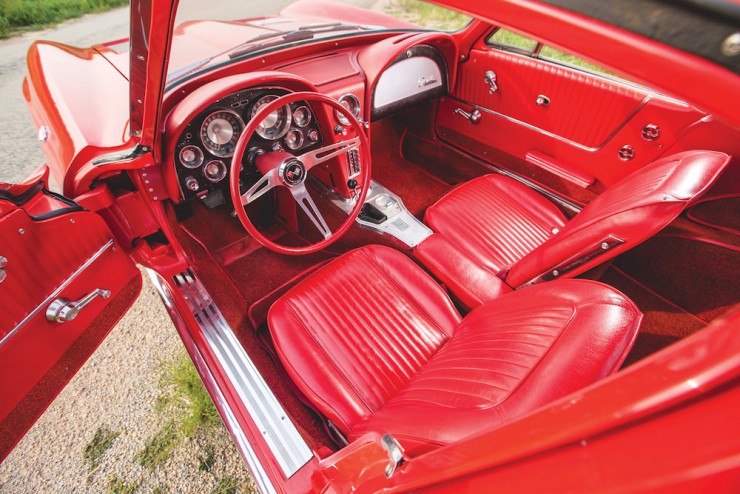 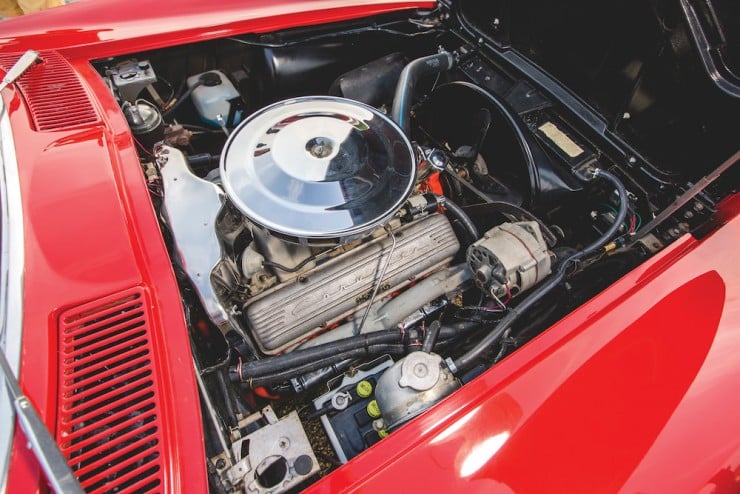 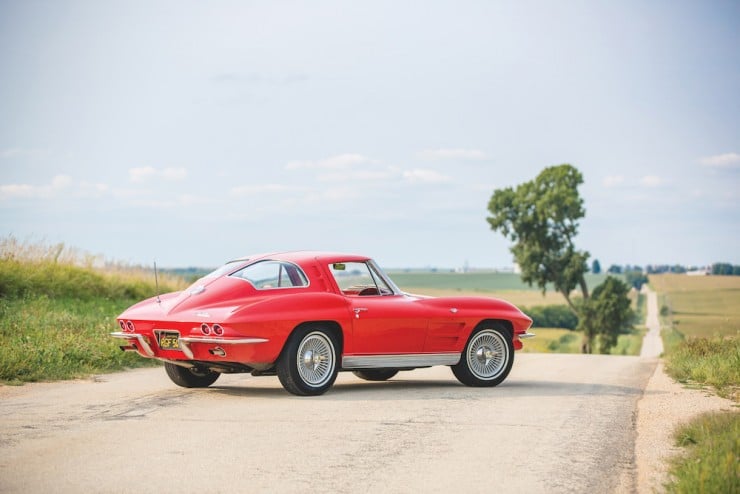 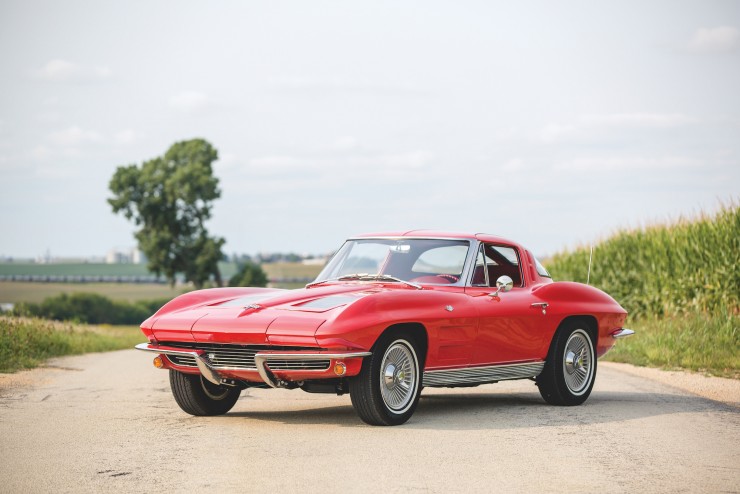