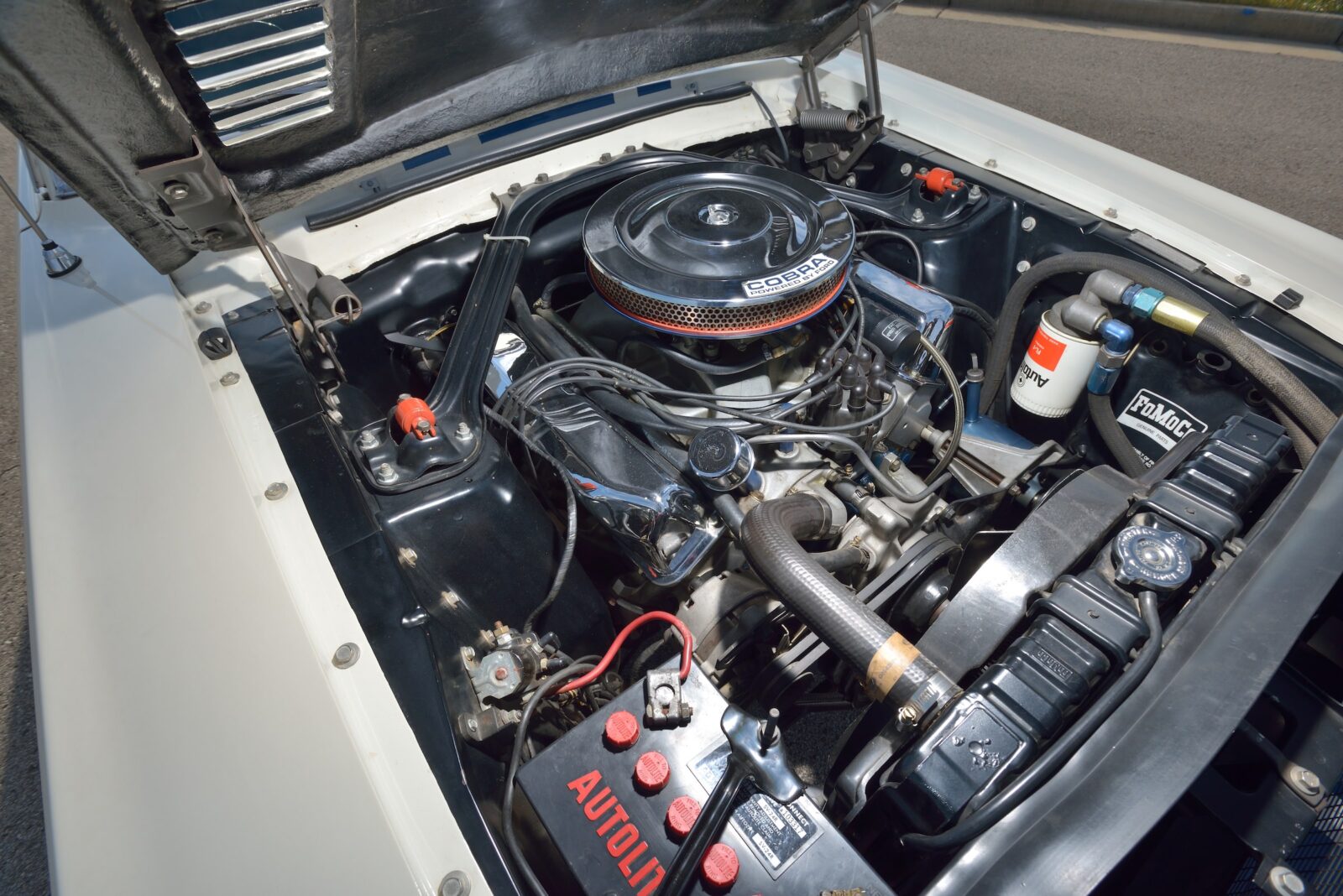 The car was built as part of a Goodyear marketing stunt for their new line of Thunderbolt tires, a range of affordable economy tires designed to offer a very long service life.

In order to ensure positive headlines from coast to coast, the Goodyear marketing folks approached Carroll Shelby (who was also a West Coast Goodyear distributor) with an idea to run a high-speed 500 mile test of the new tires. 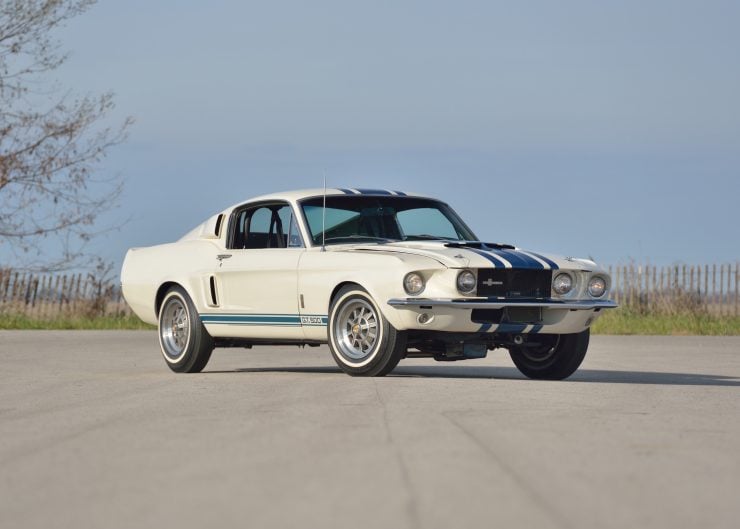 The original plan had been to fit the tires to a standard Shelby GT500, however former Shelby American Sales Manager Don McCain approached Carroll and suggested something that would genuinely test the capabilities of the tires.

Don’s suggestion was to drop a racing 427 engine into the GT500 for the Goodyear test, the same engine that had just beaten Ferrari in France triggering breathless news coverage around the world, then sell 50 examples of this very limited-edition car.

Carroll Shelby was a master of PR, and he immediately saw the brilliance of Don’s plan. He instructed Shelby American’s Chief Engineer Fred Goodell to build a GT500 with the 427 racing engine. Due to the extra power Fred also changed out the rear axle for a stronger unit, and fitted a stronger gearbox. 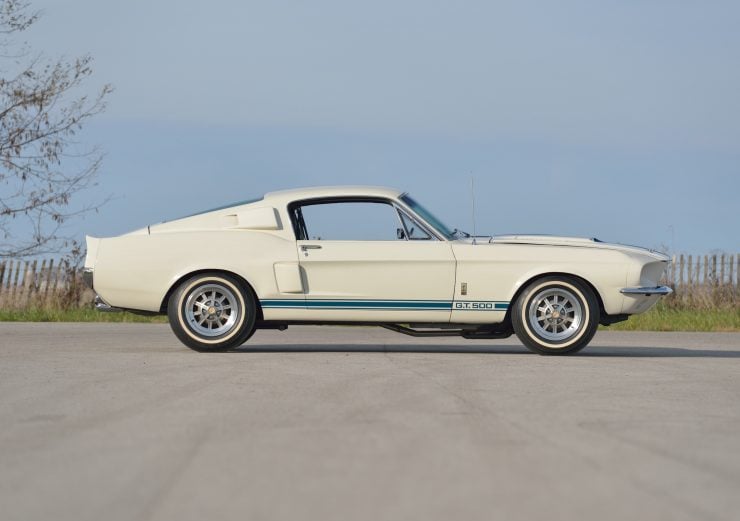 That lightweight 427 racing engine was was built for sustained running at 6000 rpm, it was fitted with high-performance aluminum heads, an aluminum water pump, a forged crank, Le Mans-specification connecting rods, and a slew of internal parts designed to ensure the engine could produce its rated output of 600+ hp for at least 24 hours straight with no failures.

Fortunately the engine bay of the 1967 Ford Mustang had been expanded specifically to fit big block V8s, so fitting the GT40 engine wasn’t particularly challenging with the exception of the exhaust. The famous “bundle of snakes” exhaust system used on the GT40 was also used on this car, with some variations to ensure it would fit.

An external oil cooler, braided lines, and a remote oil filter were also installed, as well as stiffer springs and shock absorbers on the passenger side to help counteract the high-speed cornering forces it would experience on Goodyear’s 5-mile oval testing track. The only other major change was the use of Goodyear Thunderbolt tires – by far the skinniest rubber ever fitted to a GT500.

In the last week of March in 1967, the bespoke GT500 was sent to the Goodyear testing grounds in San Angelo, Texas. Carroll Shelby was in attendance as was Shelby American Chief Engineer Fred Goodell, and a collection of some of the most influential journalists in America, including the editors of both Time and Life magazines.

The GT500 was fitted with Shelby 10-spoke aluminum wheels mounted with 7.75 – 15 Thunderbolt whitewall tires that had been overinflated with nitrogen to keep the sidewalls from overheating.

Shelby, himself a former Le Mans winning racing driver, took the journalists on a series of laps and posed for the cameras – but it would be Goodell who drove the 500 mile test at an average speed of 142 miles per hour. Shelby had a serious heart condition and it’s likely that no doctor in the USA would sign off on him being the test driver.

The test was a huge success for Goodyear, the tires retained 97% of their tread after the 500 mile high-speed run. That said, it would be inadvisable to run them on a GT500 for prolonged periods due to the fact they were just too skinny to be safe. 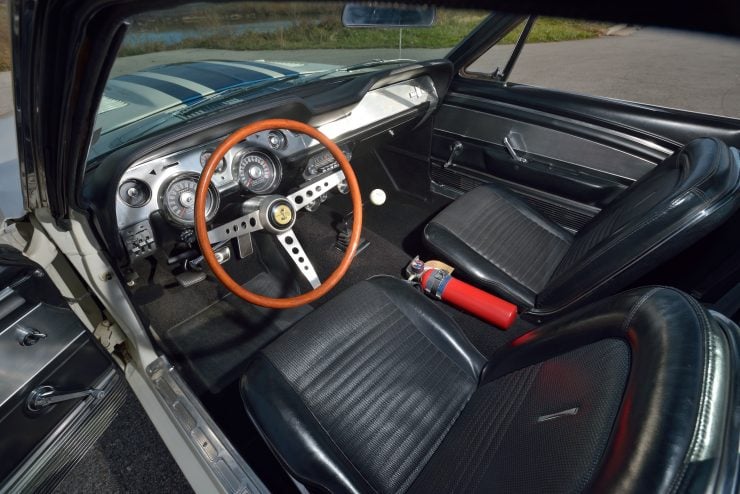 Sadly the plan to build 50 examples of the 1967 Shelby GT500 Super Snake never materialised. The car would cost double that of a brand new Shelby GT500, and buyers were hard to find.

The prototype example you see here is the only one that was ever built, and somewhat amazingly the current owner even managed to track down a set of new-old-stock Goodyear Thunderbolt tires to go on it in the right size. Although due to the time that’s passed it would obviously be best not to attempt any significant driving on them. 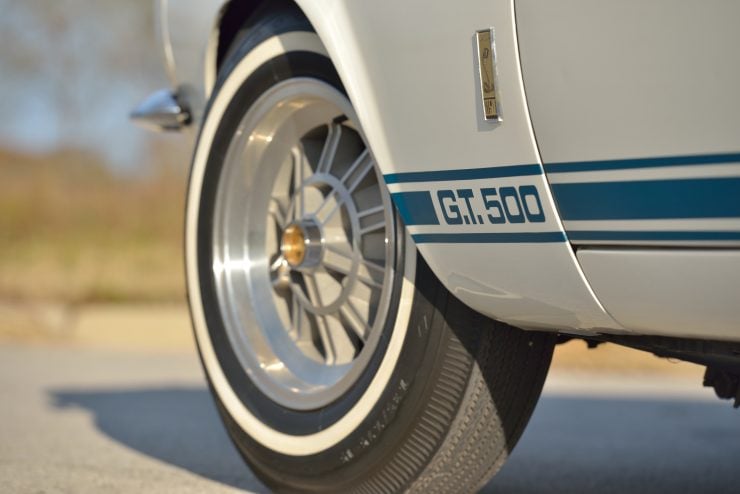 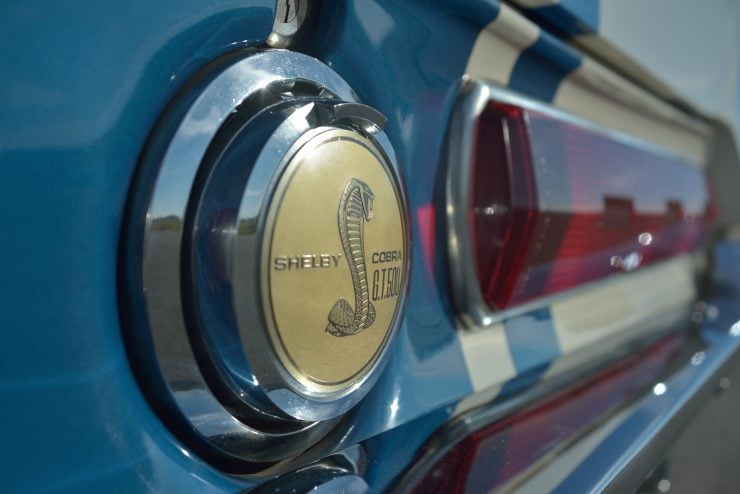 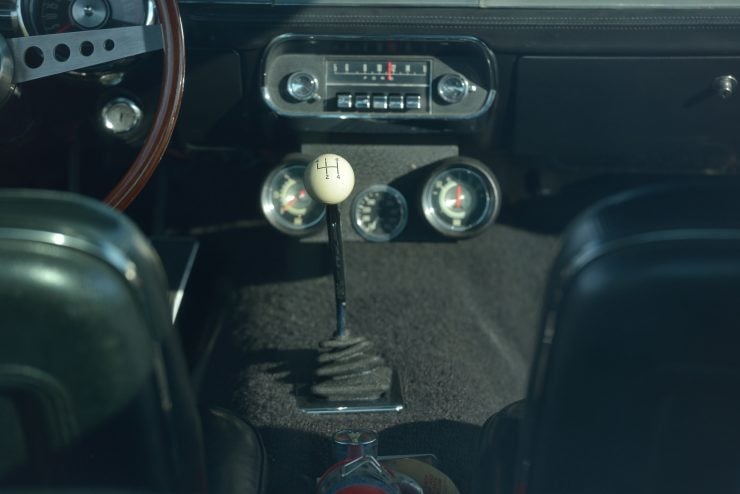 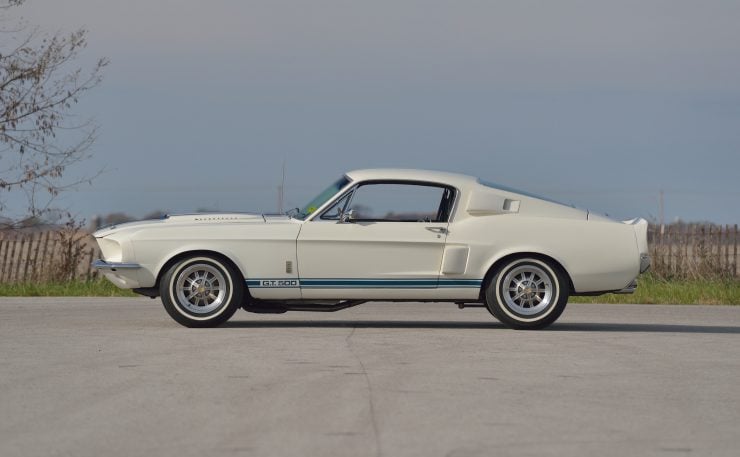 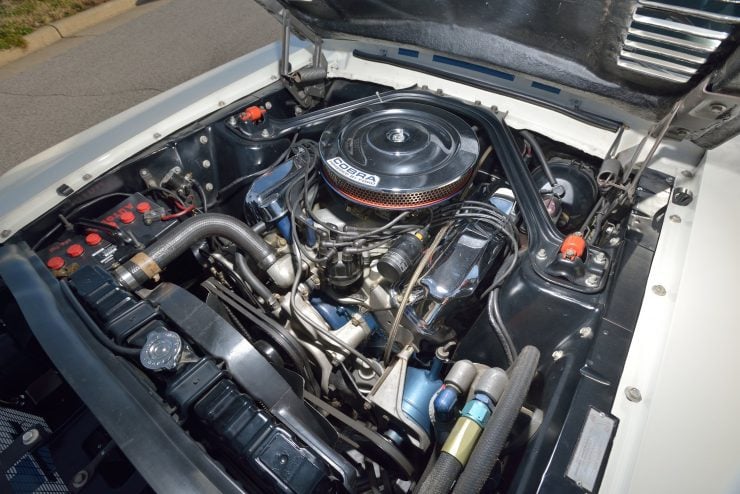 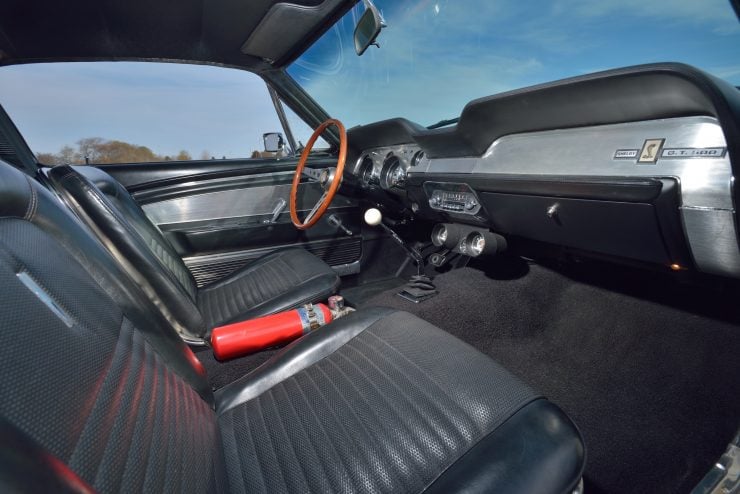 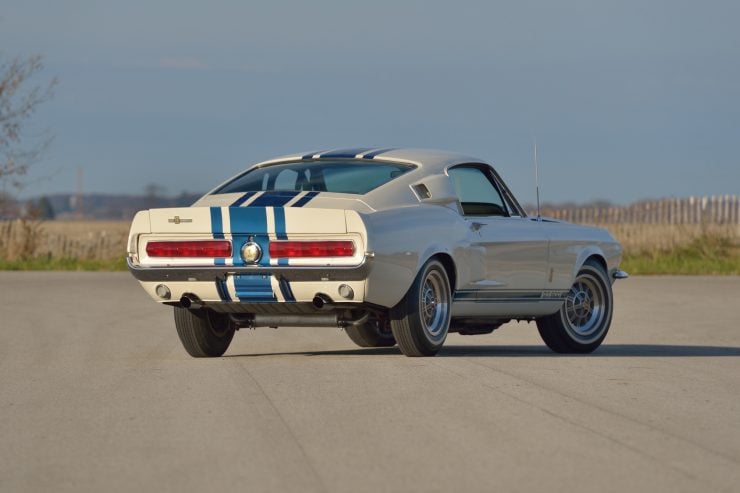 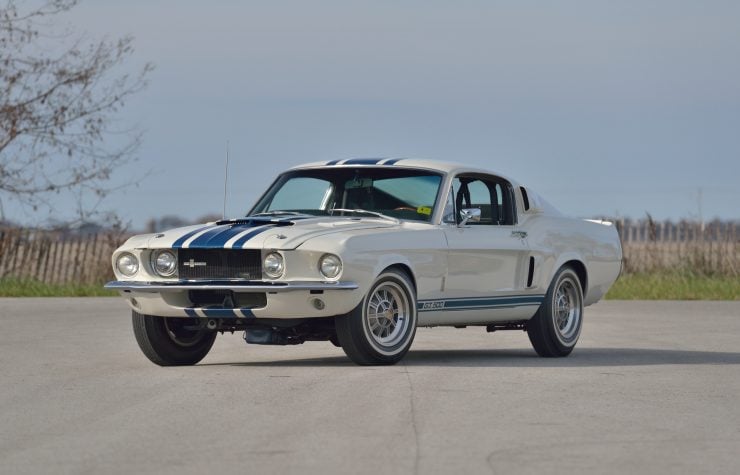 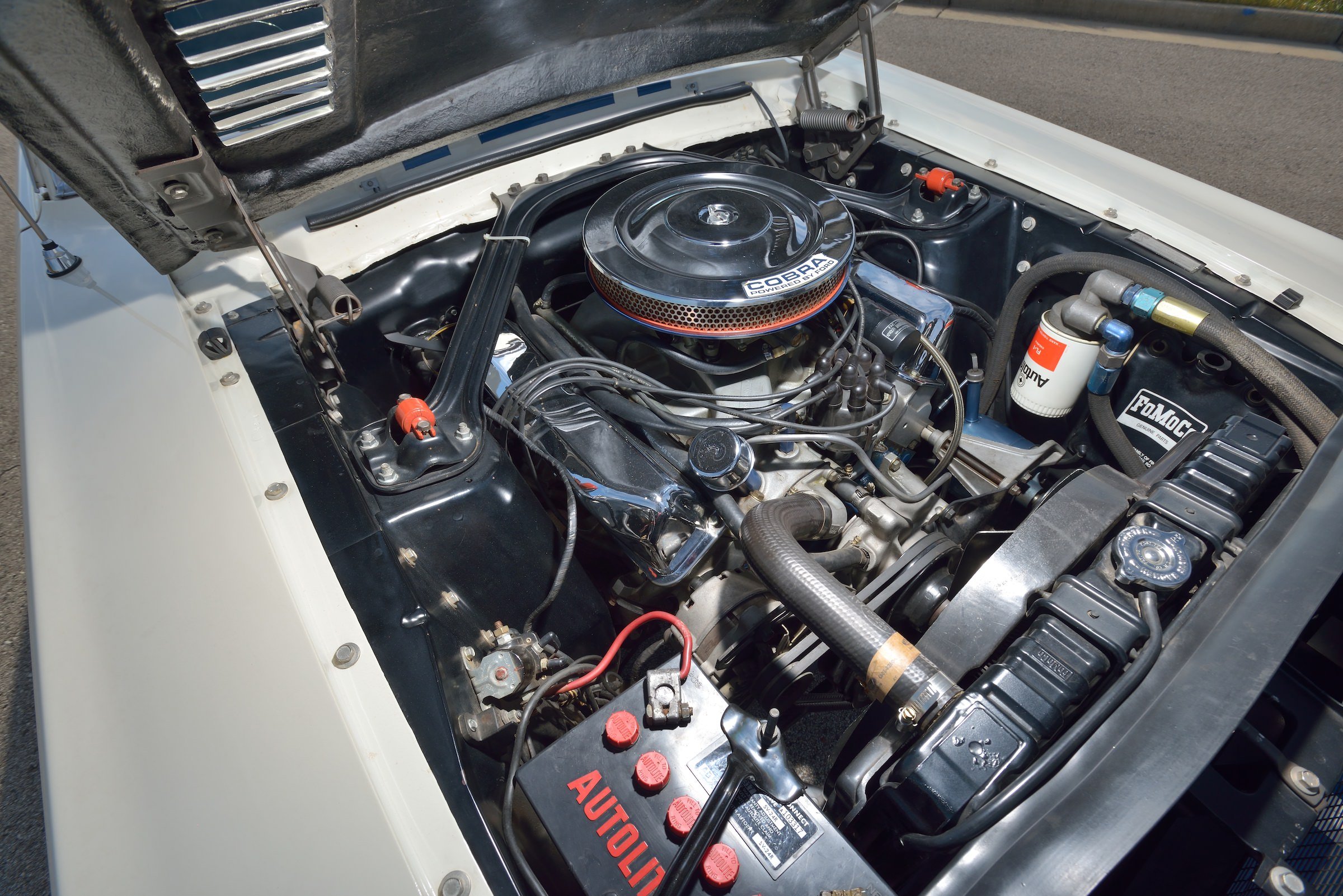