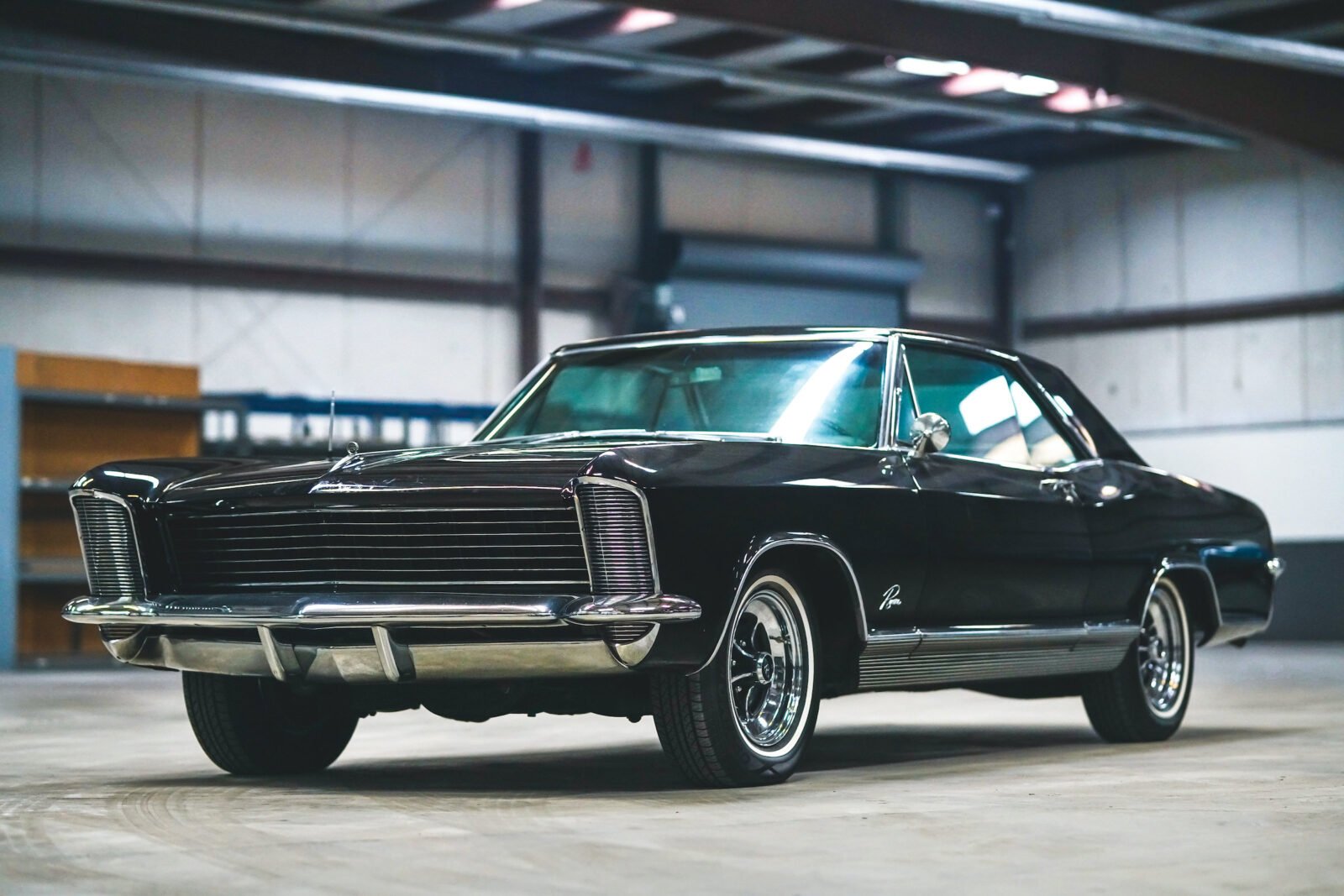 The first generation of the Buick Riviera was developed specifically to compete with the Ford Thunderbird, a luxurious grand touring coupe with elegant styling, seating for four adults, and a prodigious American V8 under the hood. Buick had previously used the Riviera name on vehicles back in the 1940s but a standalone Riviera model was first released in 1962 as a 1963 model year vehicle.

Unusually for Buick, the Riviera had an entirely unique bodyshell unrelated to any other vehicles, platform sharing to lower costs was (and still is) commonplace, however it was felt that an all-new design was going to be needed to take the fight to the Thunderbird.

The Riviera had elegant styling that was developed to ensure that even non-car people would be able to recognise the shape. This was the same tactic employed widely and with varied success in the automobile industry, notable successes include the Ford Thunderbird, the Porsche 911, the Volkswagen Beetle, the Mini, the Jeep, Land Rover, and many more.

The design of the Riviera was so successful that the usually reserved Jaguar founder and designer Sir William Lyons commented that the team at Buick had done “a very wonderful job”, Sergio Pininfarina went one step further by saying that it was “one of the most beautiful American cars ever built; it has marked a very impressive return to simplicity of American car design.” When it debuted at the Paris Auto Show, legendary industrial designer Raymond Loewy said the Riviera was the “handsomest American production car” – apart from his own Studebaker Avanti of course.

The first generation Buick Riviera was sold from 1963 till 1965 with over 112,000 units selling to discerning buyers, and no doubt creating a notable impact on the sales of the formerly untouchable Ford Thunderbird.

The 1963 and 1964 Riviera look similar though there are differences that’ll be immediately spotted by enthusiasts, it would be the 1965 Riviera that would be the most famous of the first generation cars thanks to its signature headlights that are hidden inside the front fender grilles when not in use – a design feature originally featured on the XP-715 concept car design. The 1965 model also benefitted from the removal of the fake side scoops. 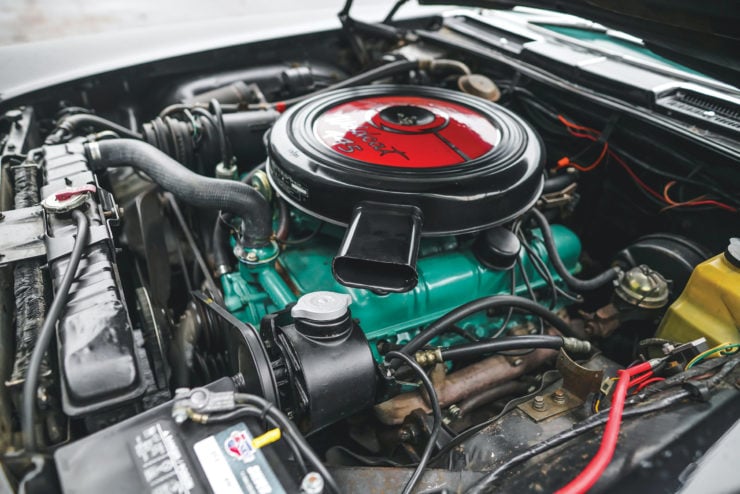 This engine was mated to an improved 3-speed Super-Turbine 400 automatic transmission, offering a top speed of 115 mph and a 0 to 60 mph dash in approximately 8 seconds. Not bad numbers for an American luxury grand tourer in the mid-1960s. Fuel economy was roughly 10 mpg (combined) but this was the pre-fuel crisis USA where gasoline cost pennies and any self-respecting V8 needed to be the size of a three bedroom suburban house.

An entirely new design was created for 1966 and it proved successful, though a series of ill-considered redesigns from 1970 onwards would cause a crash in the number of Rivieras being sold.

The Buick Riviera you see here is a desirable 1965 model featuring those Ned Nickles-designed disappearing headlights from the XP-715 concept car. It has a black-on-black colour scheme that suits the car’s almost ominous presence – more than one cinema bad guy has arrived in a ’65 Riviera and for good reason and the model made an appearance in the 1990 film “Goodfellas”.

The original owner optioned the car with air-conditioning, an AM/FM stereo, and power steering, it also has power brakes and classic whitewall tires.

If you’d like to read more about this car or register to bid it’s due to be offered by RM Sotheby’s in Arizona in mid-January. The estimated hammer price is between $40,000 and $50,000 USD and you can click here to visit the listing. 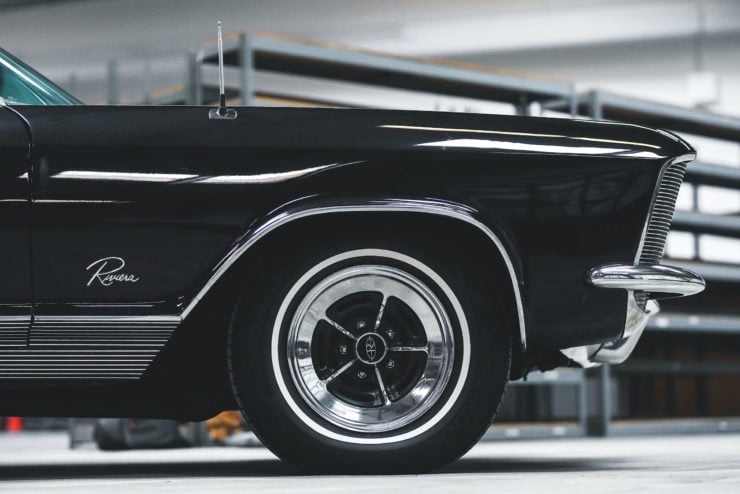 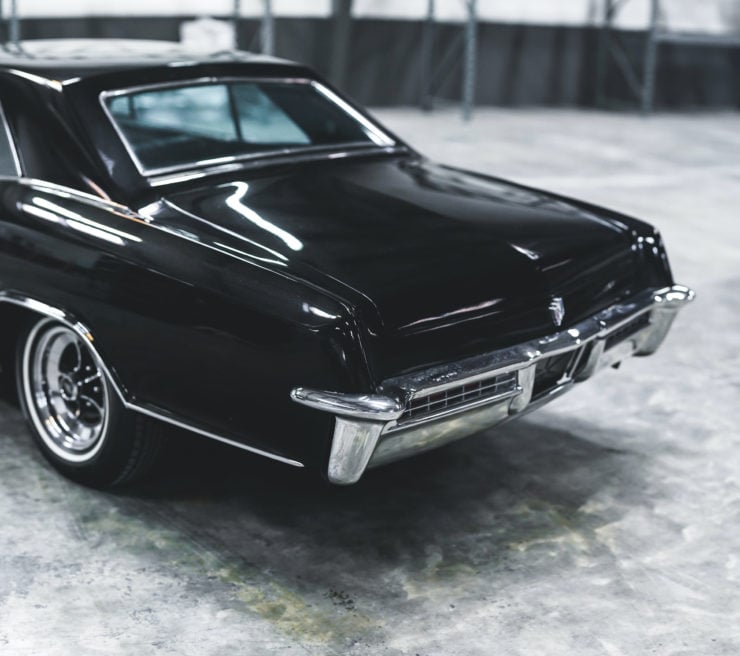 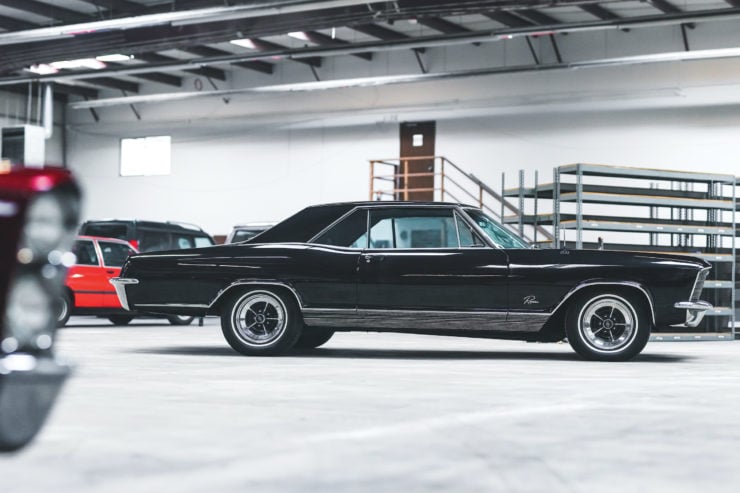 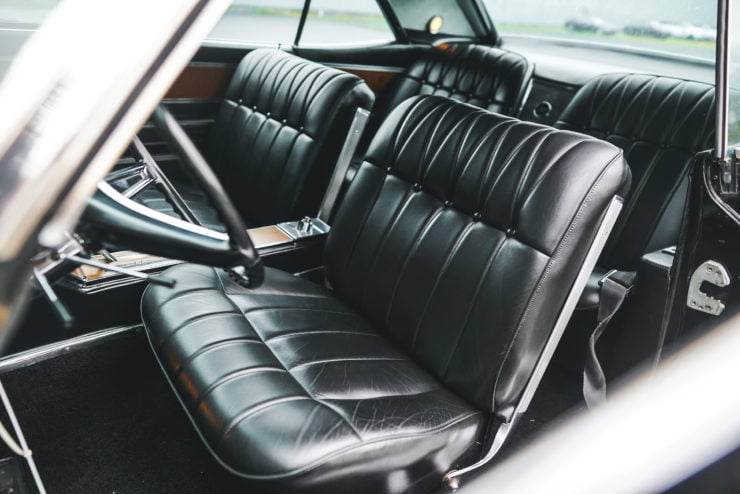 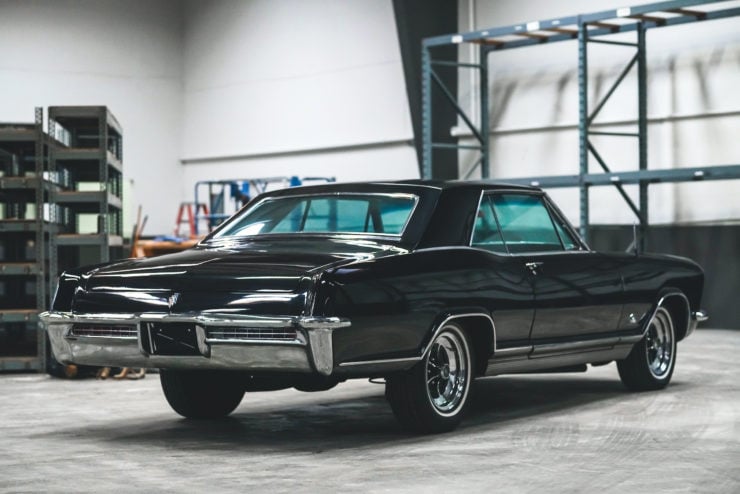 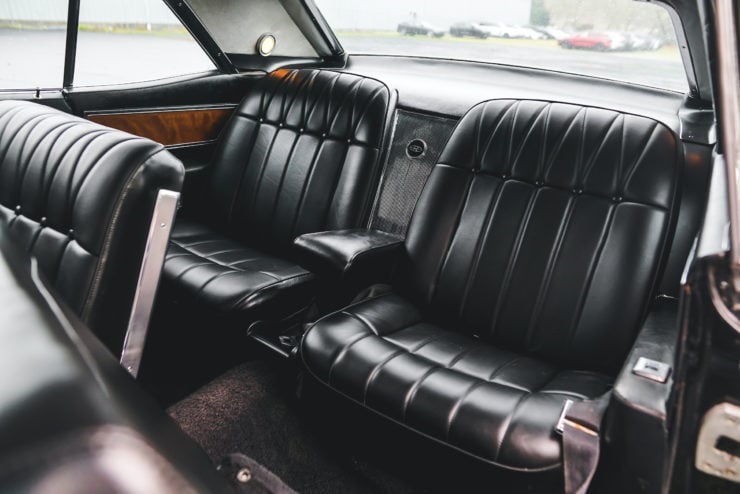 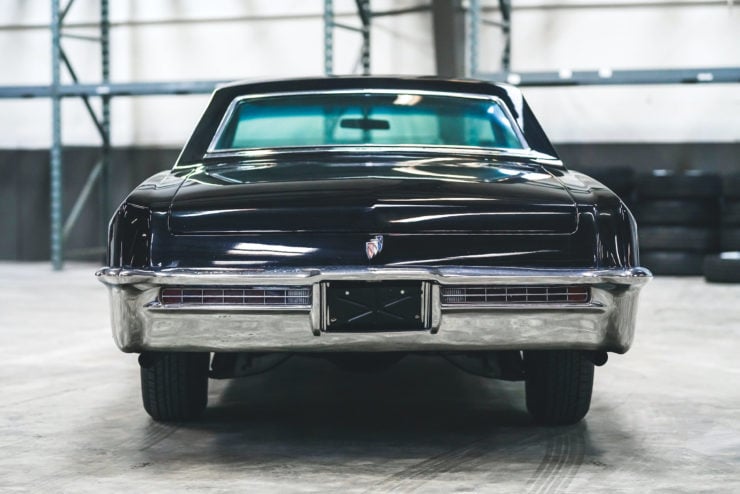 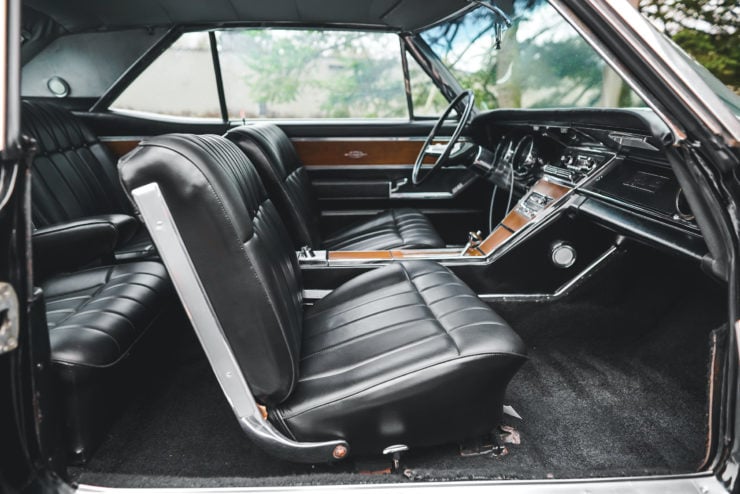 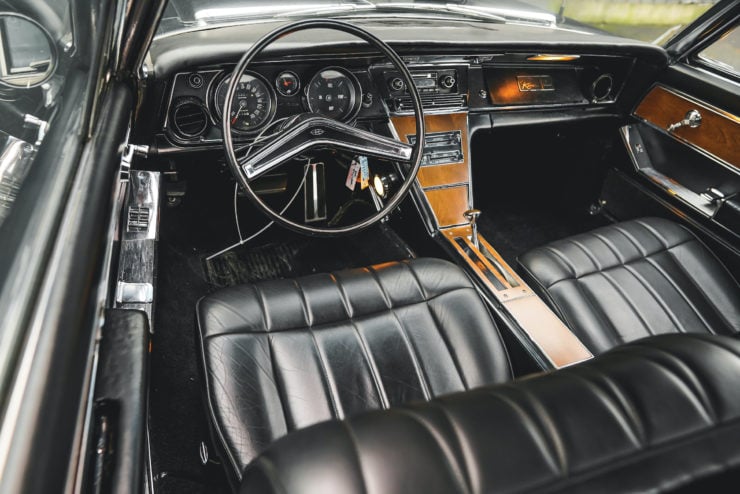 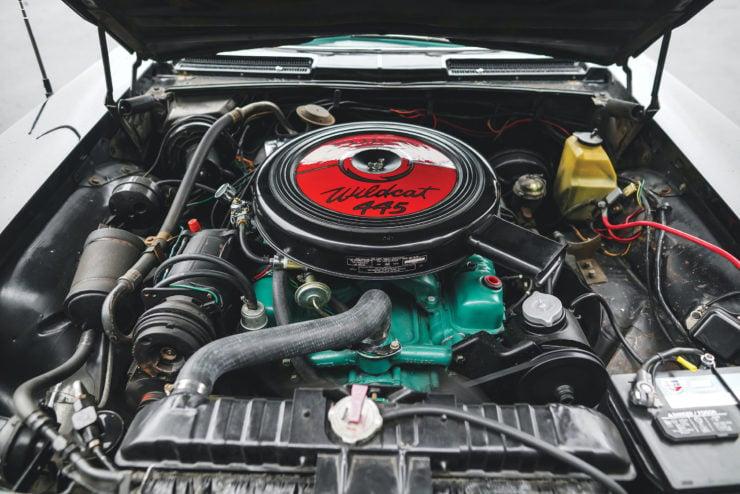 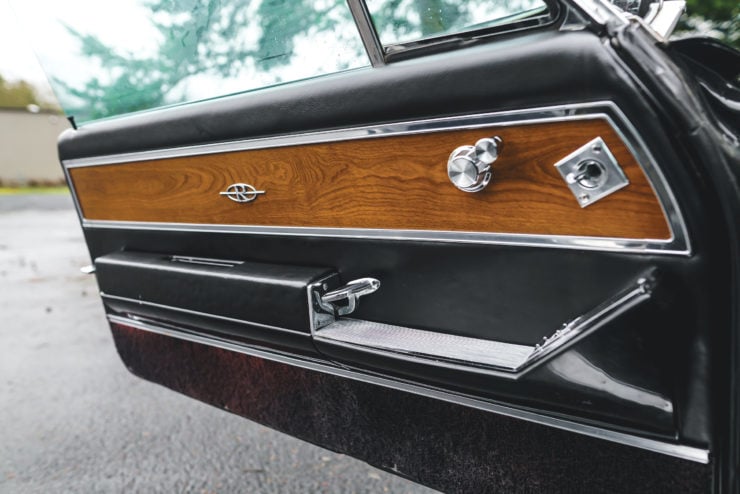 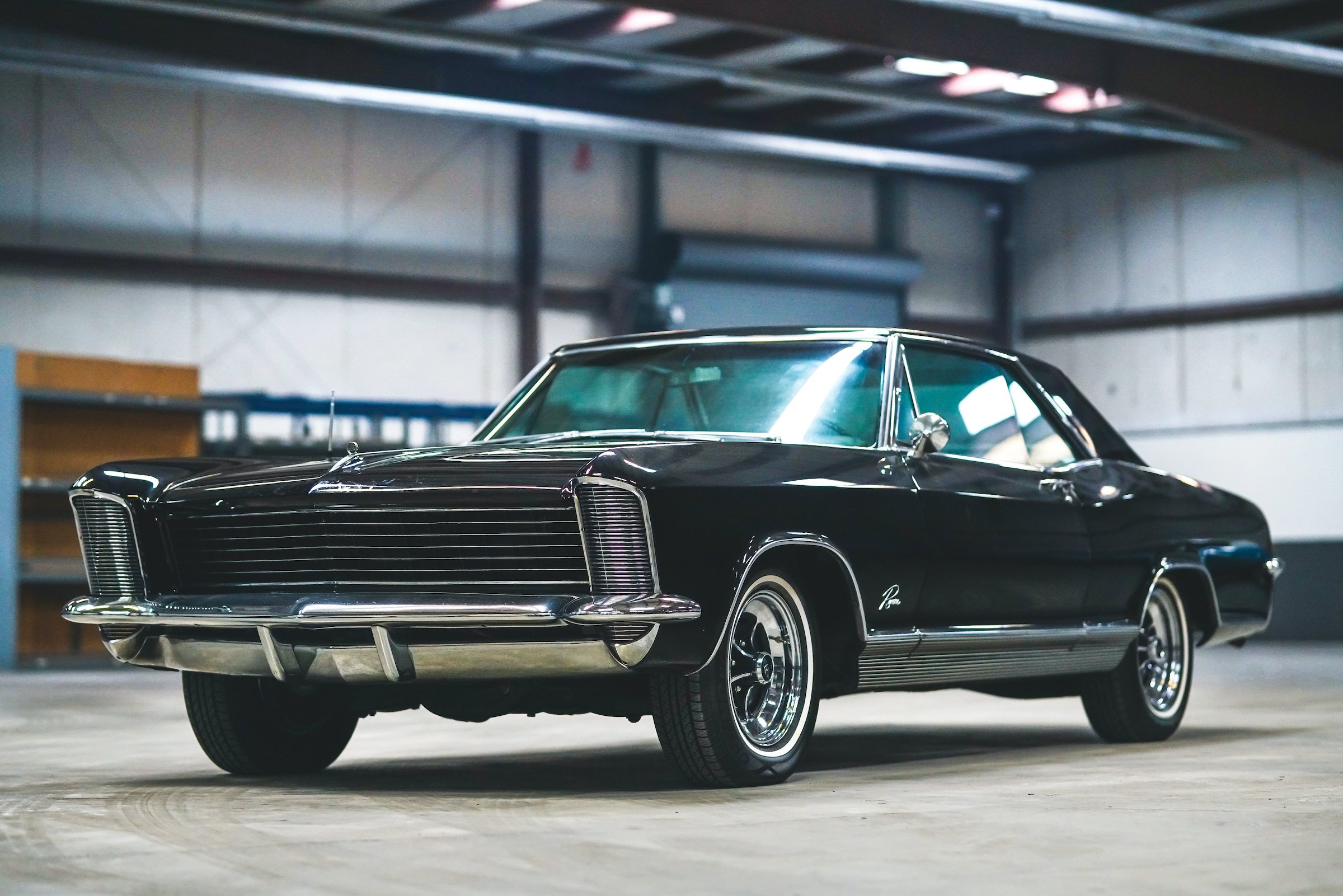