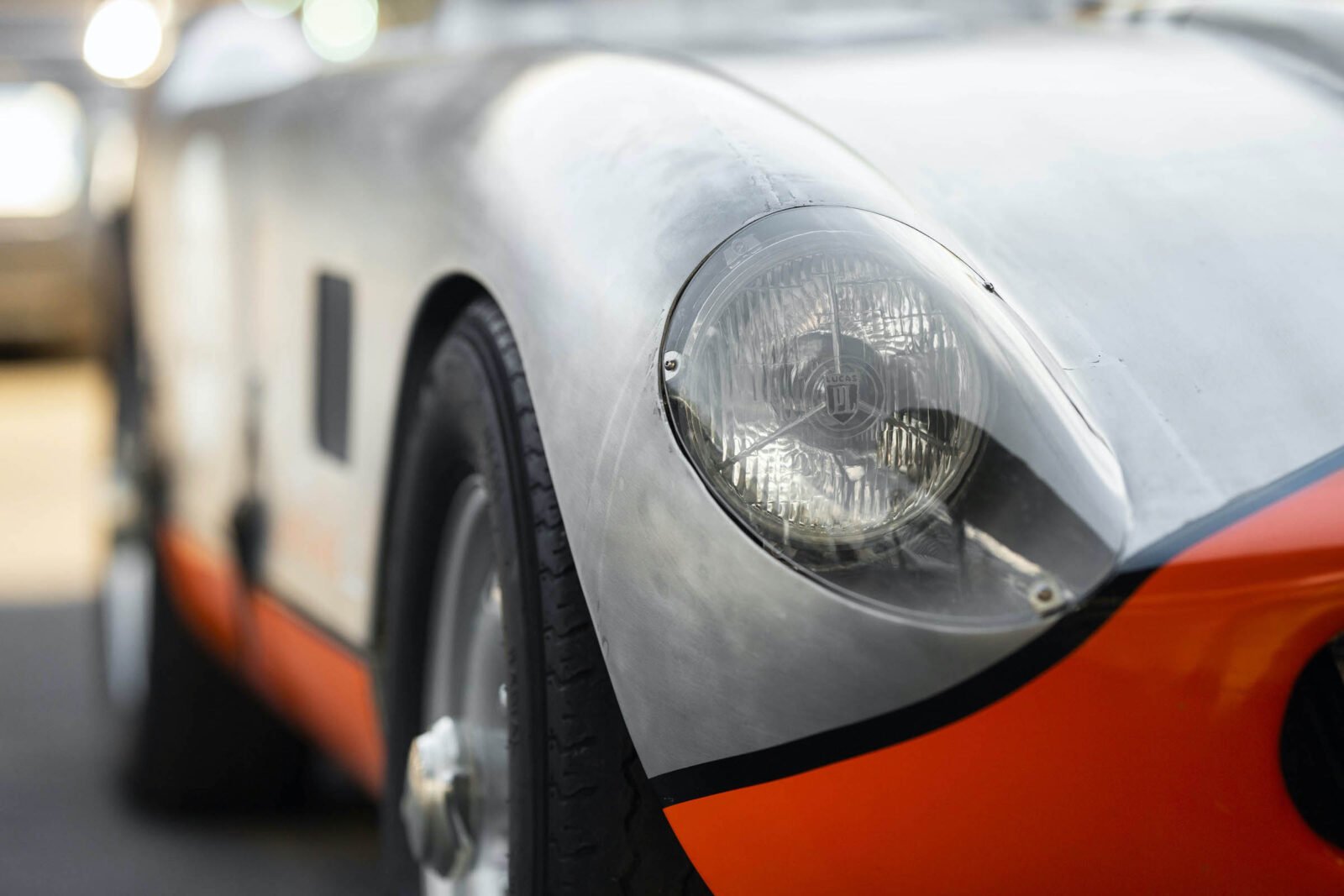 The 1959 Tojeiro California Spyder is a car that was designed and partially built in the late 1950s before being placed into storage for years until it was completed decades later on the other side of the world.

If you have even a passing interest in motorsport the name John Tojeiro is almost certainly already familiar to you, he was a revolutionary engineer who built some remarkable and significant racing cars back in the 1950s and 1960s.

Tojeiro developed the underpinnings of the AC Ace which would famously be morphed into the Shelby Cobra by Carroll Shelby. He designed the Tojeiro EE for Ecurie Ecosse – one of the first sports racing cars to use a mid-engine layout, it pre-dated both the Lola Mk6 and the Ford GT40. He also developed a series of sports racing cars, many for legendary Scottish Le Mans and occasional Formula 1 racing team Ecurie Ecosse. 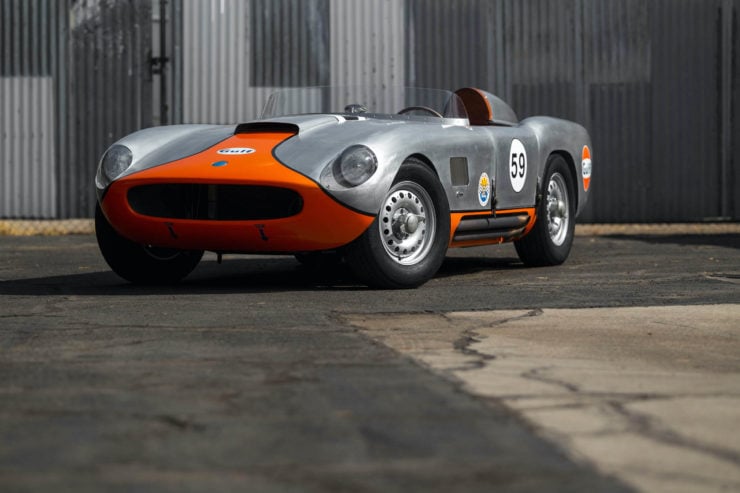 The life story of John Tojeiro is fascinating, he was born in Portugal to an English mother and a Portuguese father. His father died when he was very young, his mother returned with him to England and this is where he did most of his schooling.

Tojeiro didn’t do particularly well in school, but many of history’s greats have followed a similar path – struggling in a formal school setting and then excelling once sent out into the real world.

Tojeiro served as an engineer in the Fleet Air Arm during WW2 and acquired skills that would serve him well for the rest of his life. After the war he began developing his own cars and his own chassis, he learned by trial and error, before long he was signing an agreement to use one of his designs for the underpinnings of the AC Ace. 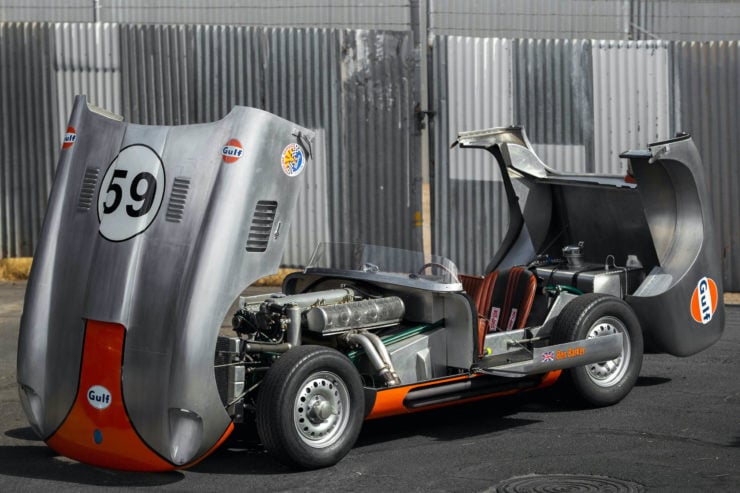 As with almost all of Tojeiro’s cars the California Spyder featured a body designed by Cavendish Morton – a fine art painter who would literally paint the car design not a canvas which would then be used as a blueprint of sorts.

It was around this time that the project to build the revolutionary mid-engined Ecurie Ecosse Tojeiro would begin and as a result, the Tojeiro California Spyder chassis, suspension, and design was put to one side.

It sat in the back of Tojeiro’s shop until it was bought by Gilbert Dickson, manager of the Tojeiro Registry. Dickson never completed the car but fortunately he kept it safe and all in one place, meaning that when he sold the package on to American auto-archaeologist John Muller the process of finishing the car was easier than it would otherwise have been.

Once Muller had the chassis and associated parts back in Kansas City, Missouri he was able to begin the years-long process of finishing it. He used the original chassis and components, with a new alloy body Coachsmithing of Blair, Wisconsin using Tojeiro-built wire bucks that were converted to wooden bucks. 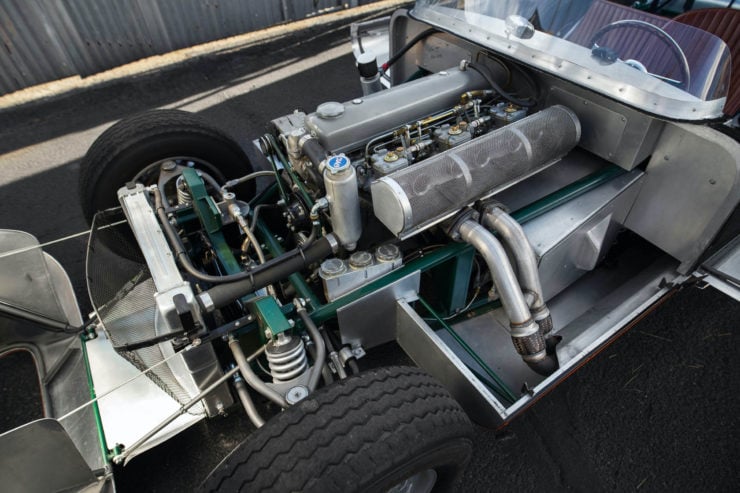 Tojeiro had originally intended to use an American engine in the car, so Muller fitted it with a 292 cu. in. GMC inline 6-cylinder engine which had been bored out to 302 cu. in. to fit just within the 5 litre class while increasing power. After the performance-oriented rebuild the engine now produces over 300 hp and 325 ft lbs of torque.

This engine was mated to a Muncie “Rock Crusher” 4-speed manual transmission which sends power back to a Jaguar-sourced heavy duty limited-slip De Dion rear end.

Upon completion the car competed in a 2018 SVRA National Championship race in which it posted the second-fastest lap time in a field of over 40 cars. An astonishing feat considering it was the first race outing and a strong indication that the car is set to be a race winner as the new owner dials it in. 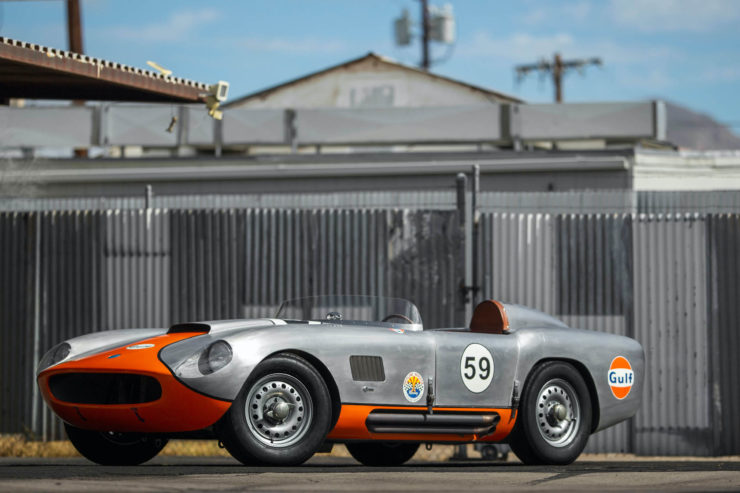 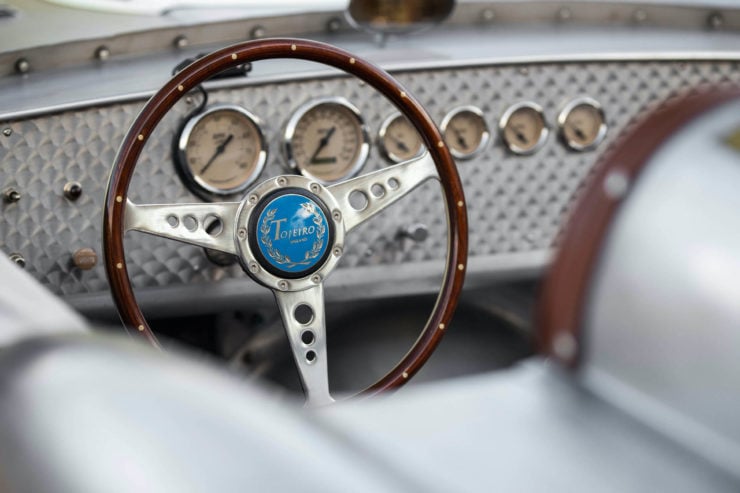 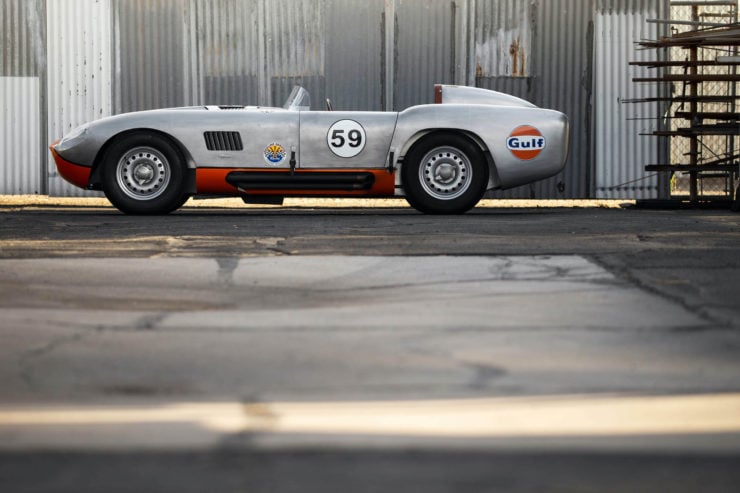 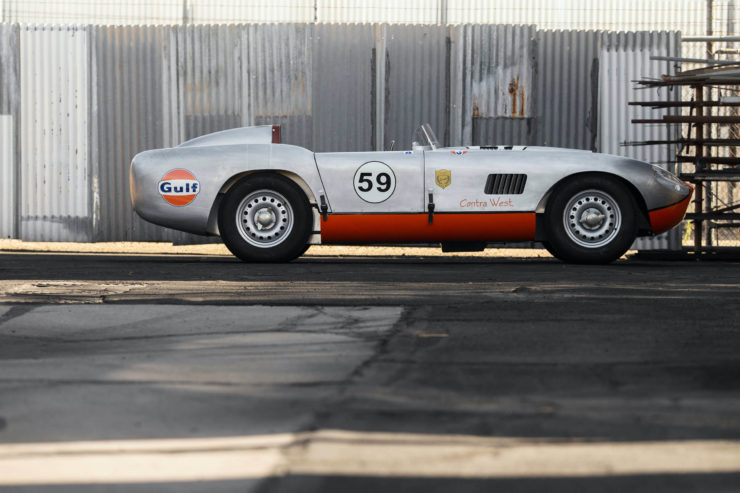 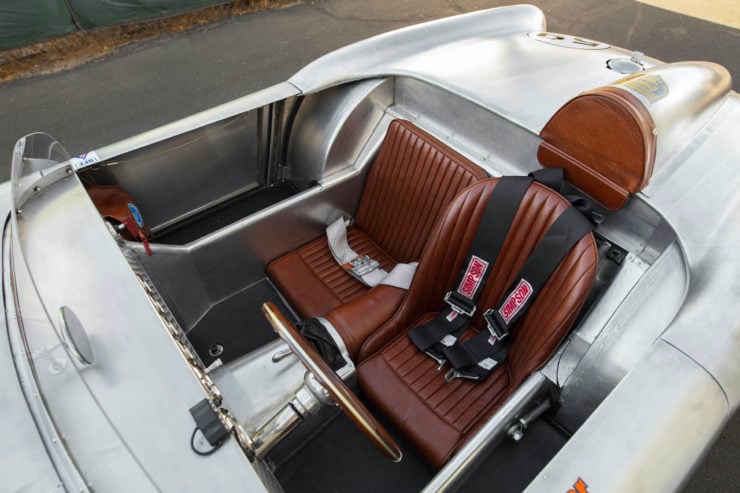 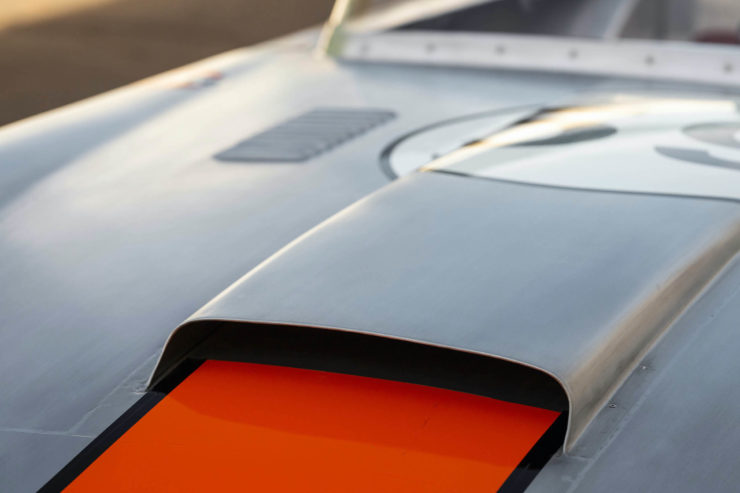 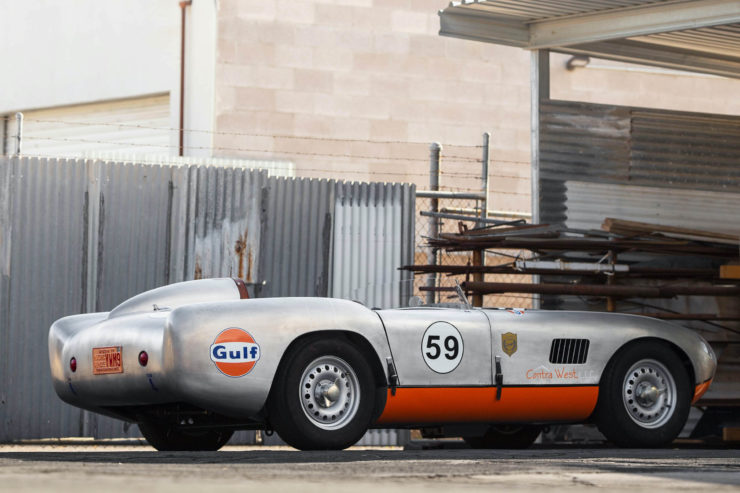 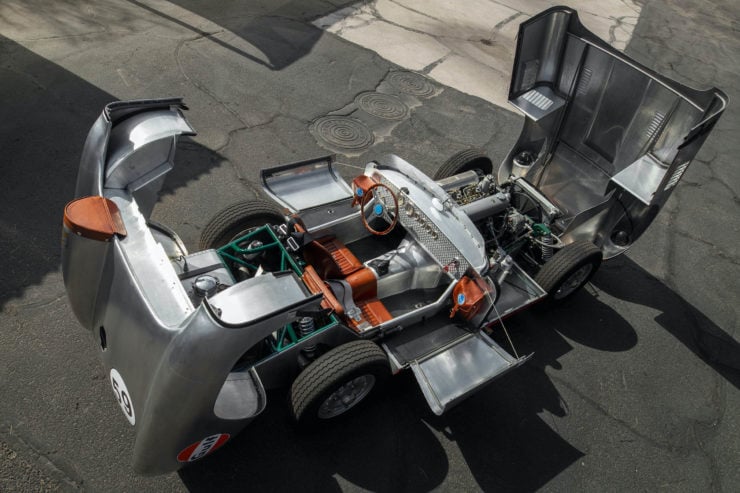 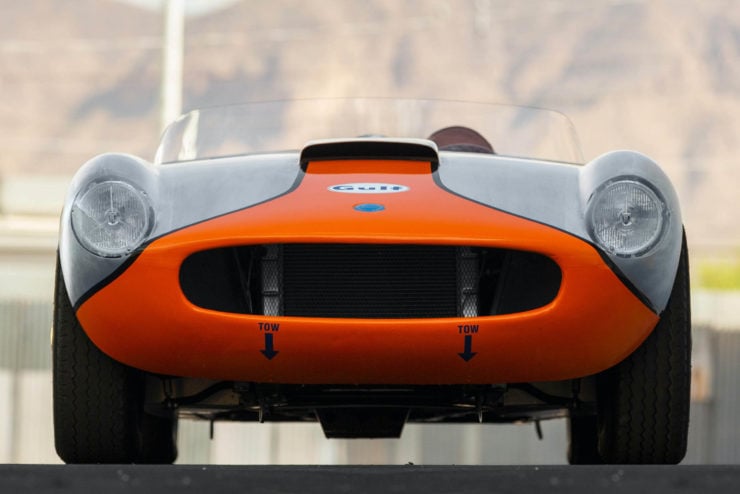 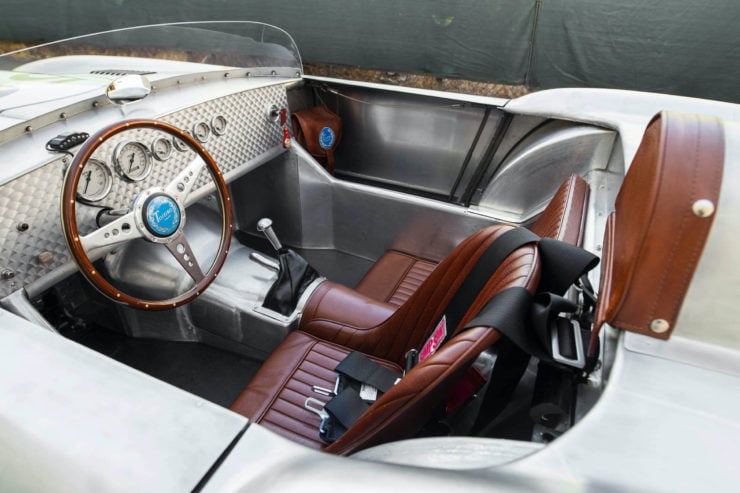 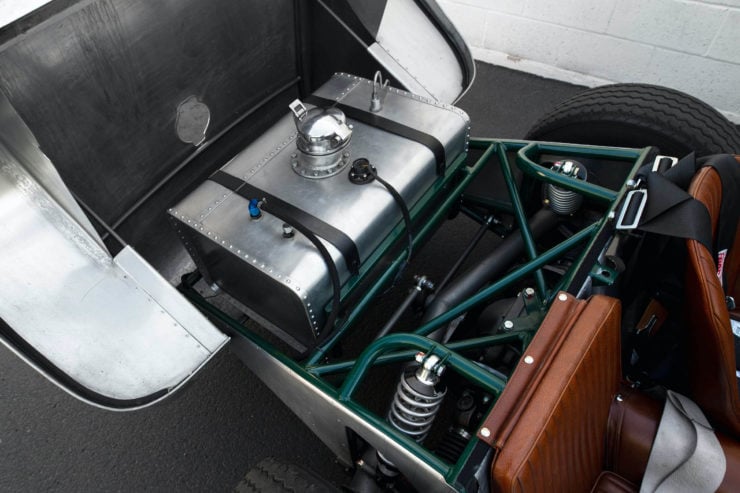 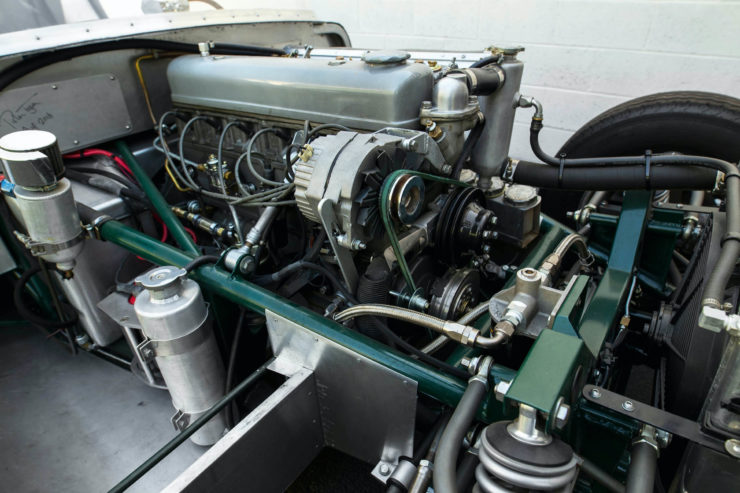 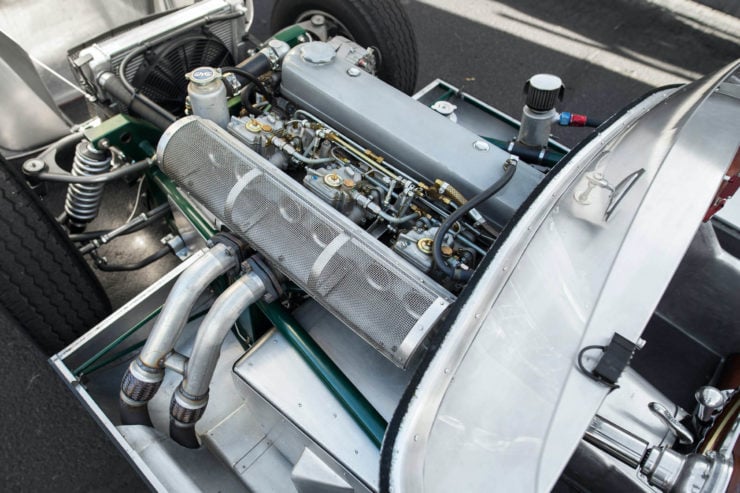 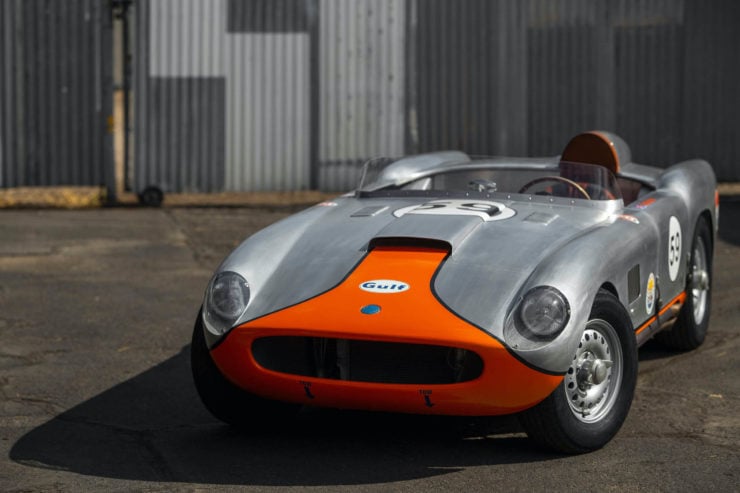