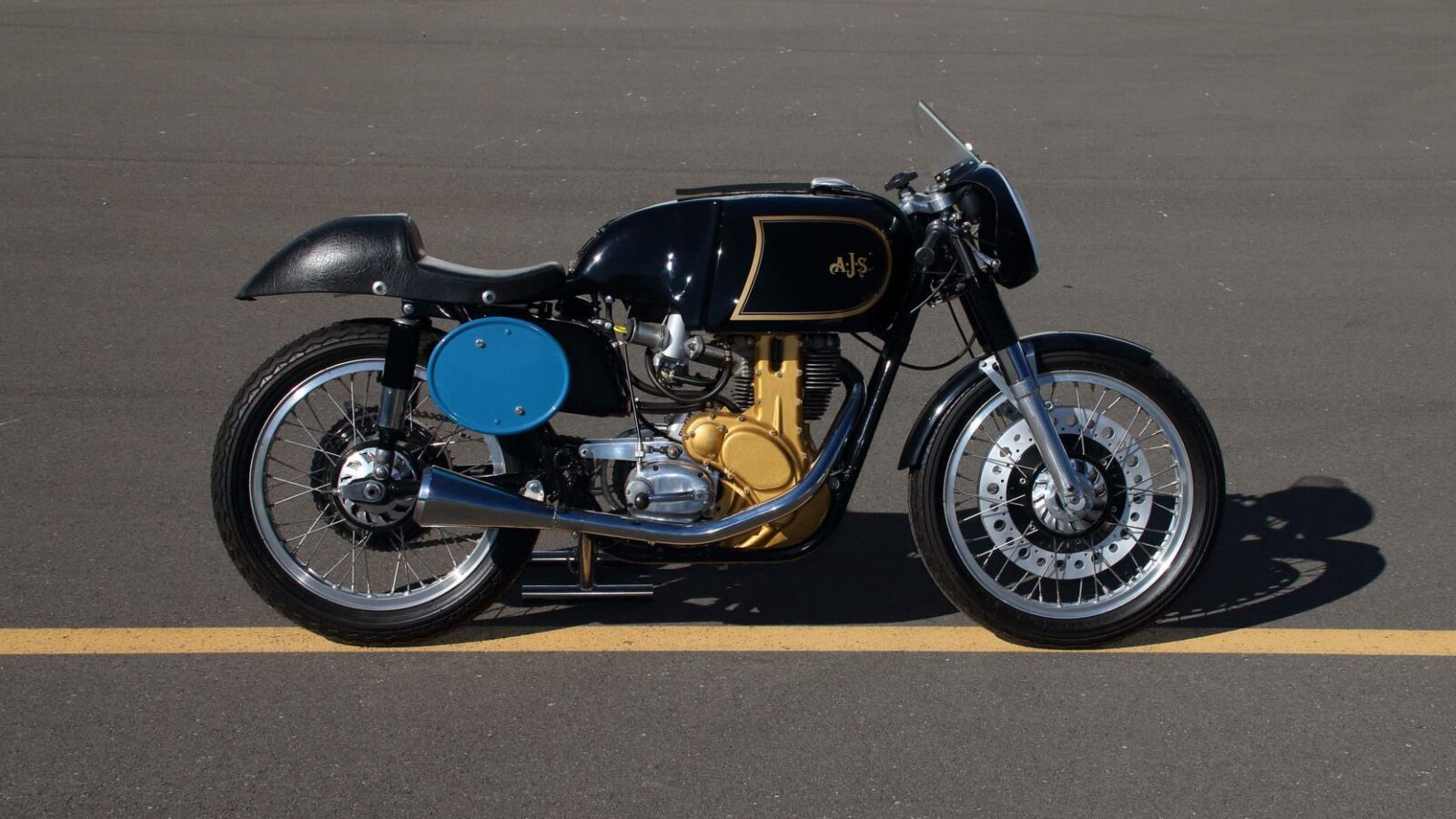 THE STORY OF THE AJS 7R

Phil Walker designed the 7R with a single cylinder, single overhead camshaft engine – based on the lessons learned with the pre-WWII “cammy” engines. The chain driven overhead camshaft gives the 7Rs engine a distinctive look on the timing side, with an oftentimes gold-painted timing and cam cover sitting below the AJS fuel tank with its large knee indents on either side.

The air-cooled engine sits in a duplex frame, and suspension is handled with telescopic shock absorbers at the rear and Teledraulic forks up front. A small headlight fairing with a Perspex shield offers the rider a little cover when crouched down behind the dials on the straight.

The original AJS 7R had a relatively svelte kerb weight of 285 lbs (129 kgs), which meant its 37 bhp could be put to good use. Over the course of its production run the model was progressively modified in an effort to keep up with the advanced multi-cylinder race bikes coming out of Italy. The bore/stroke was squared a little from 74 x 81 mm to 75.5 x 78 mm to allow a higher red line, and the valves angles were narrowed. 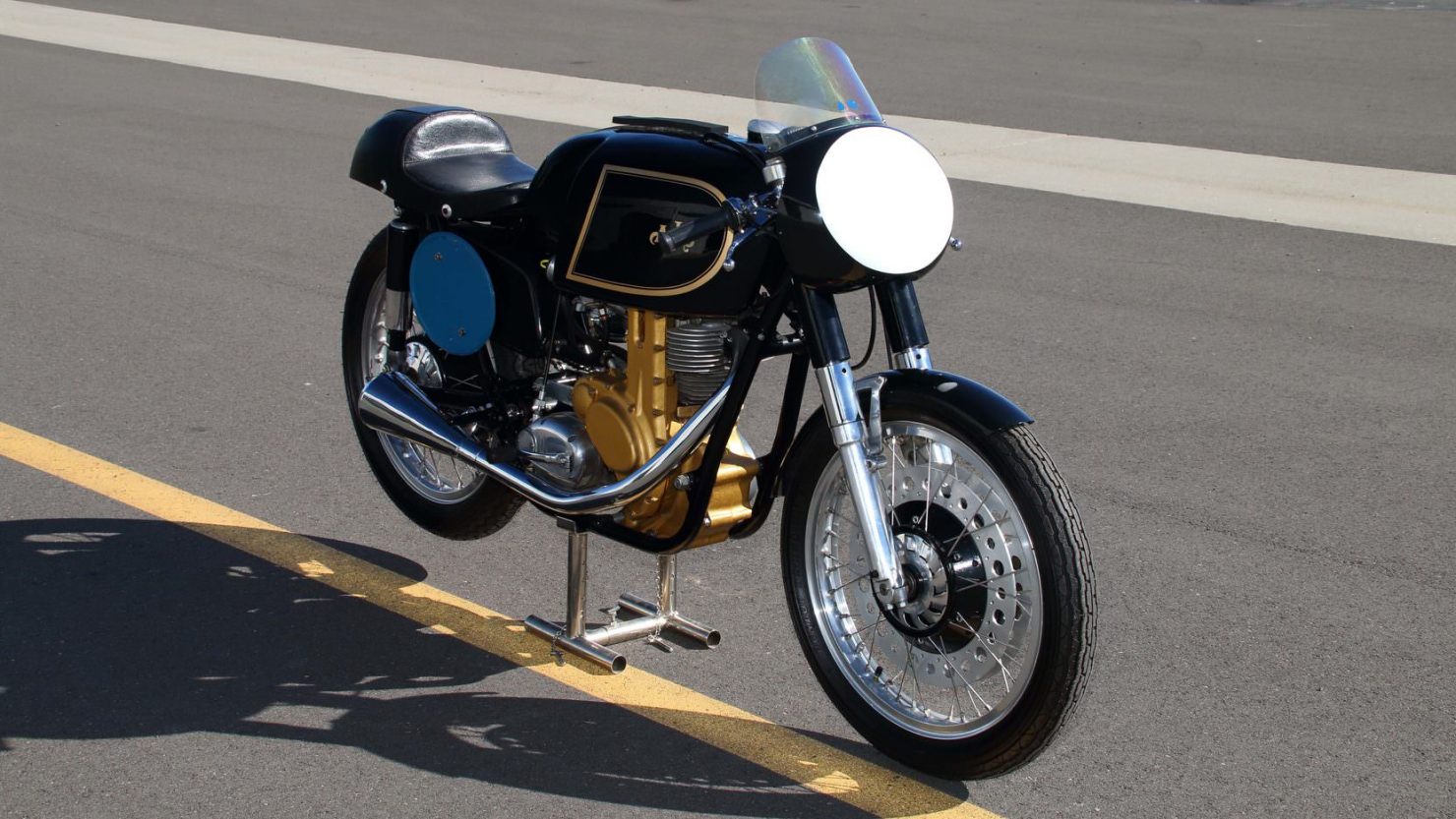 In 1951 an experimental derivative called the AJS 7R3 was built with a 3-valve head, and in 1954 the 7R was further improved – the engine was lowered in the frame to lower the centre of gravity, and further engine tweaks improved power to 40 bhp (at 7800 rpm). This newly improved 7R won the first two rounds of the World Championship and took a win at the Isle of Man TT – not a bad effort for a bike first introduced 7 years earlier – especially when you consider the pace of engineering advancement at the time.

Wins for the AJS 7R would continue right into the 1960s, with victories at the Junior Manx Grand Prix races in 1961, ’62, ’63, and a 2nd place finish in 1966. Interestingly the 7R also won the inaugural F.I.M. 500cc Motocross World Championship in 1957 – Bill Nilsson of Sweden modified a 7R road racer into a motocross machine and nailed a convincing victory. Not something Phil Walker ever likely envisaged for the model. 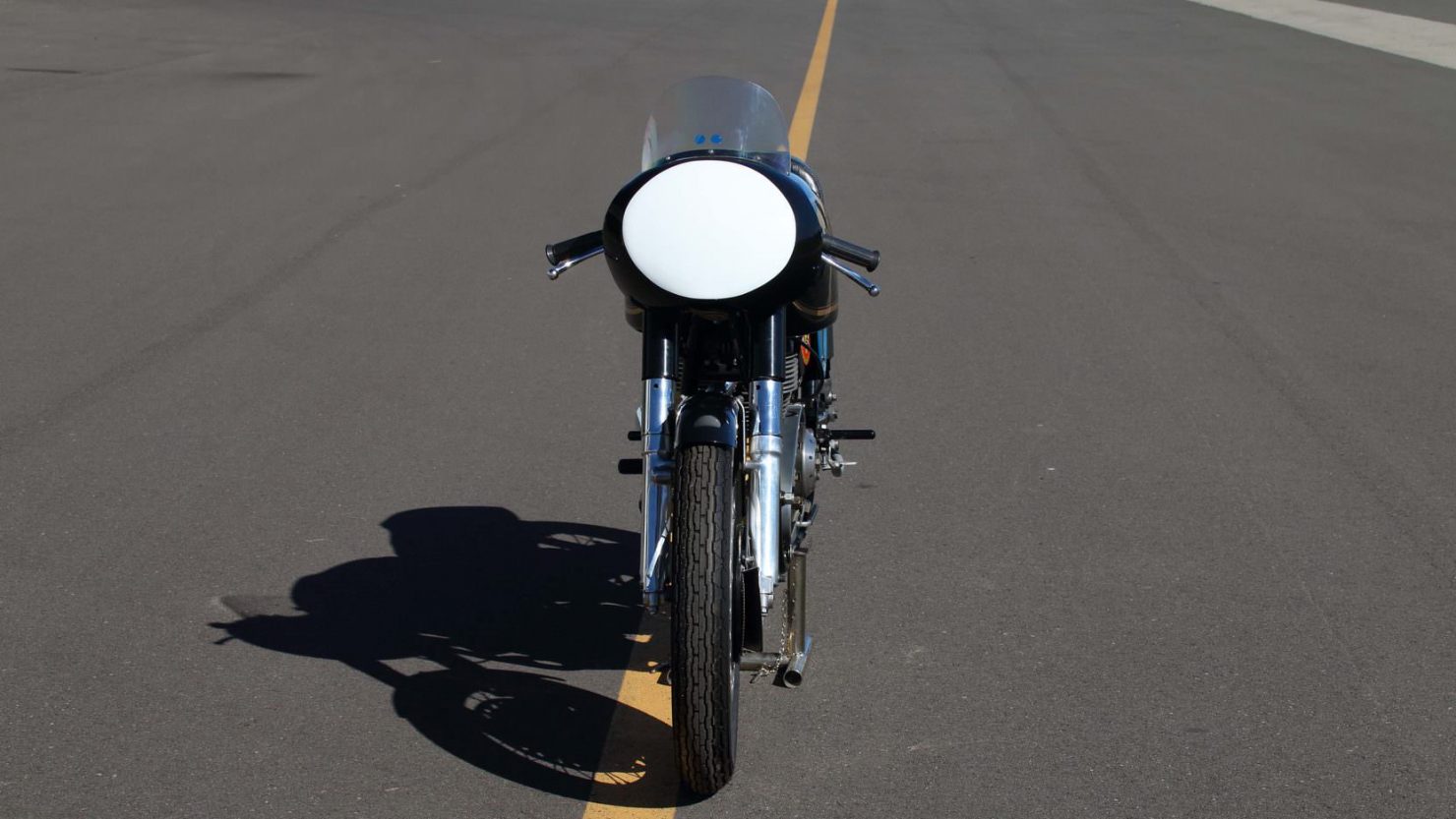 The 7R you see here has been comprehensively restored to original and correct specification, including its correct AMC gearbox  – which had been chosen to replace the somewhat antiquated Burman unit in 1958.

It’s difficult to overstate the importance of the 7R, despite the fact that many of us now view a 350cc as a “small” motorcycle, this bike was anything but. With 37 bhp and a kerb weight of 285 lbs (129 kg), the mighty AJS 7R is a hugely entertaining bike to ride, with handling abilities better than many far more modern motorcycles.

The 7R shown here is due to roll across the auction block with Mecum between the 16th and 19th of August, it’s a matching numbers bike in remarkable restored condition, and it’s likely to attract significant interest from collectors who are well-versed in 20th century motorcycle history. If you’d like to read more or register to bid you can click here to visit the listing. 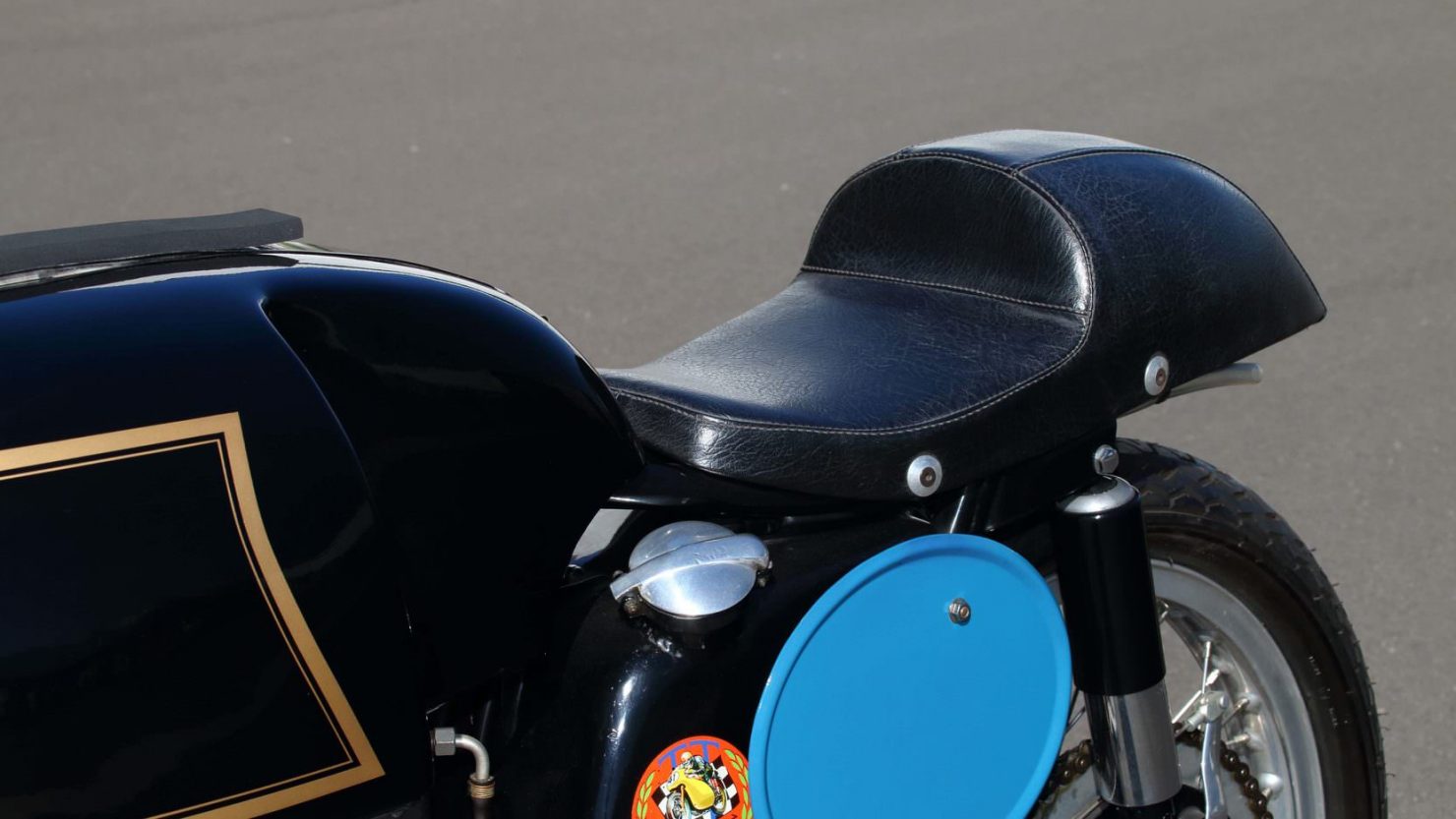 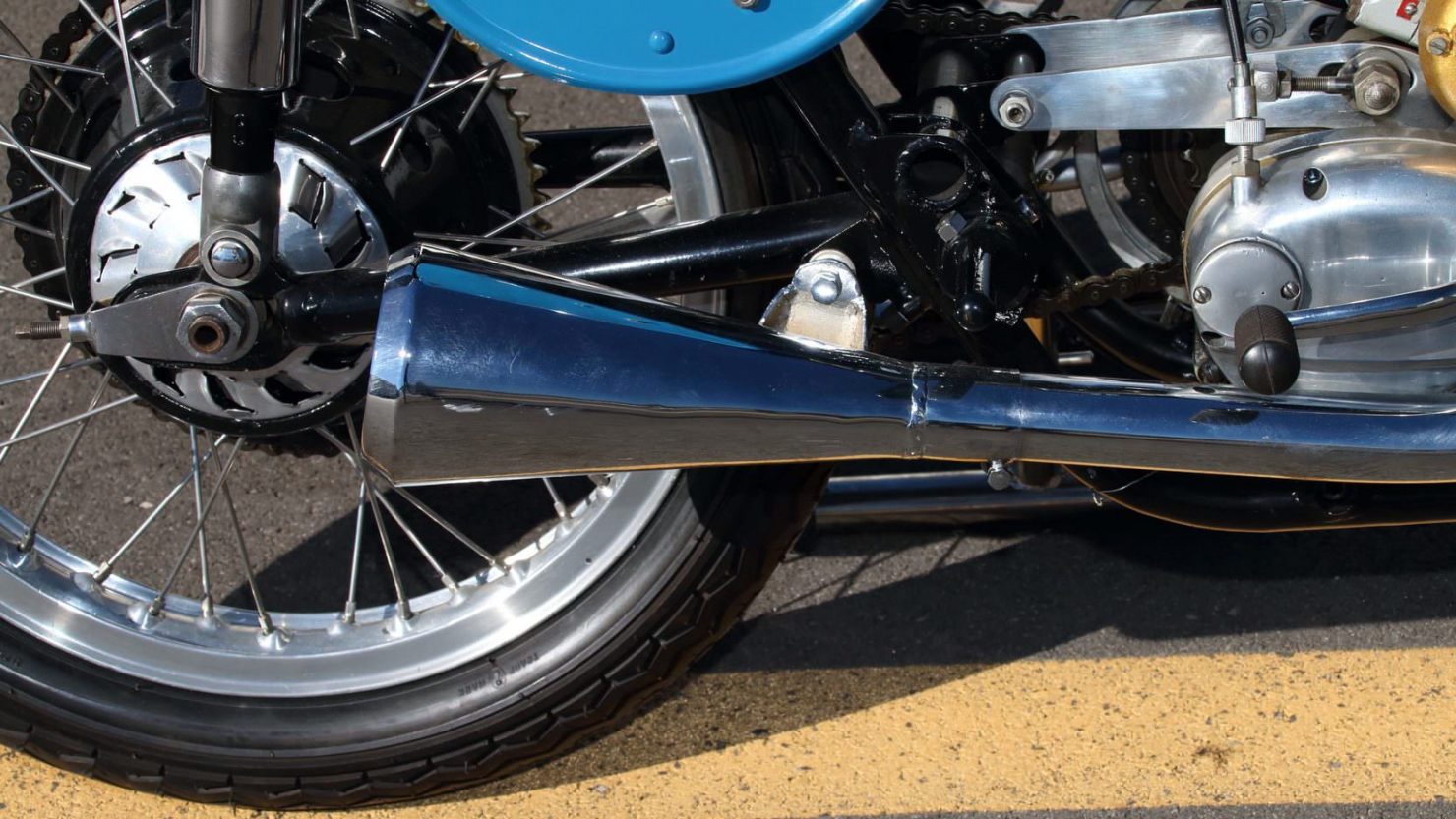 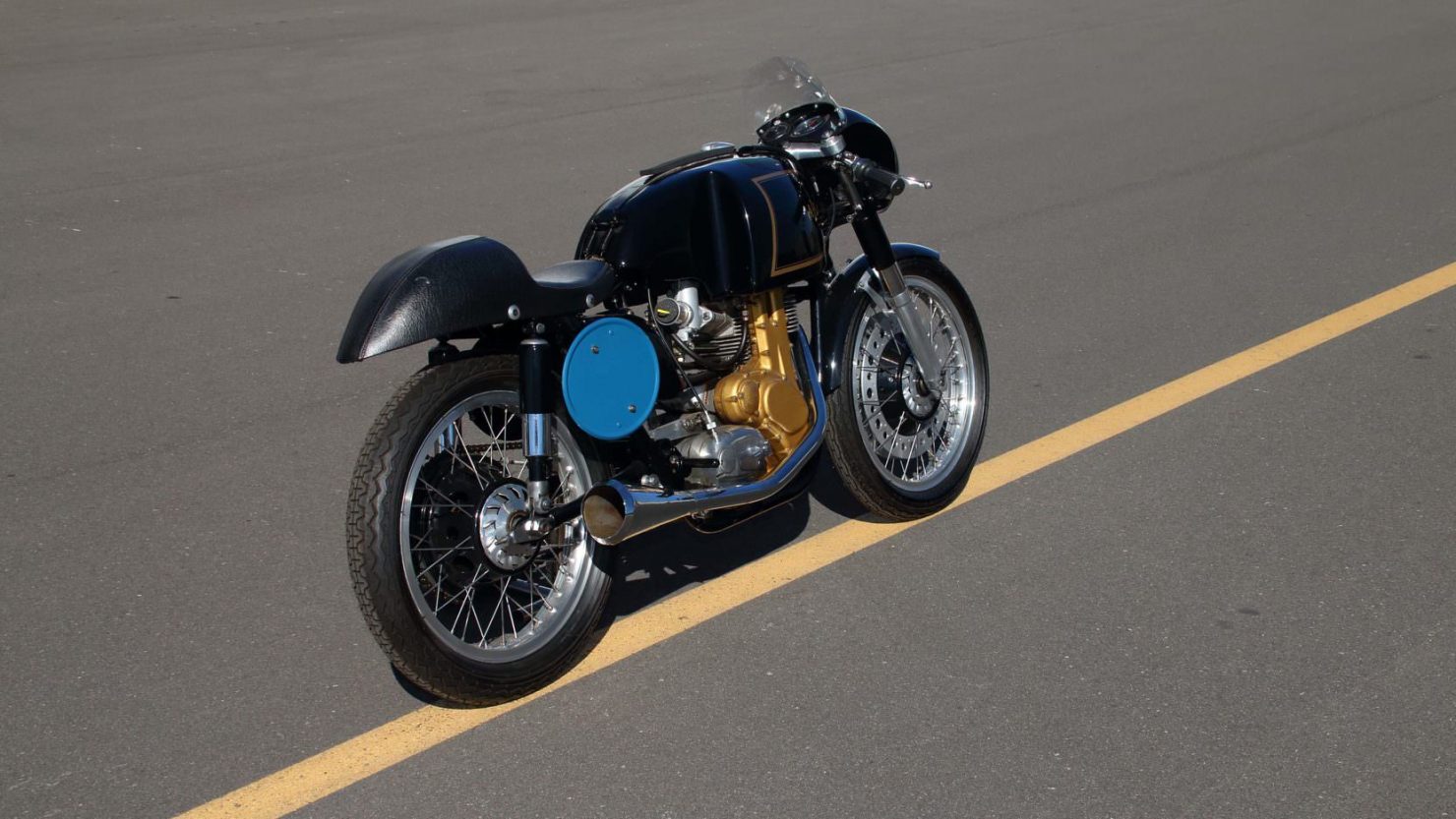 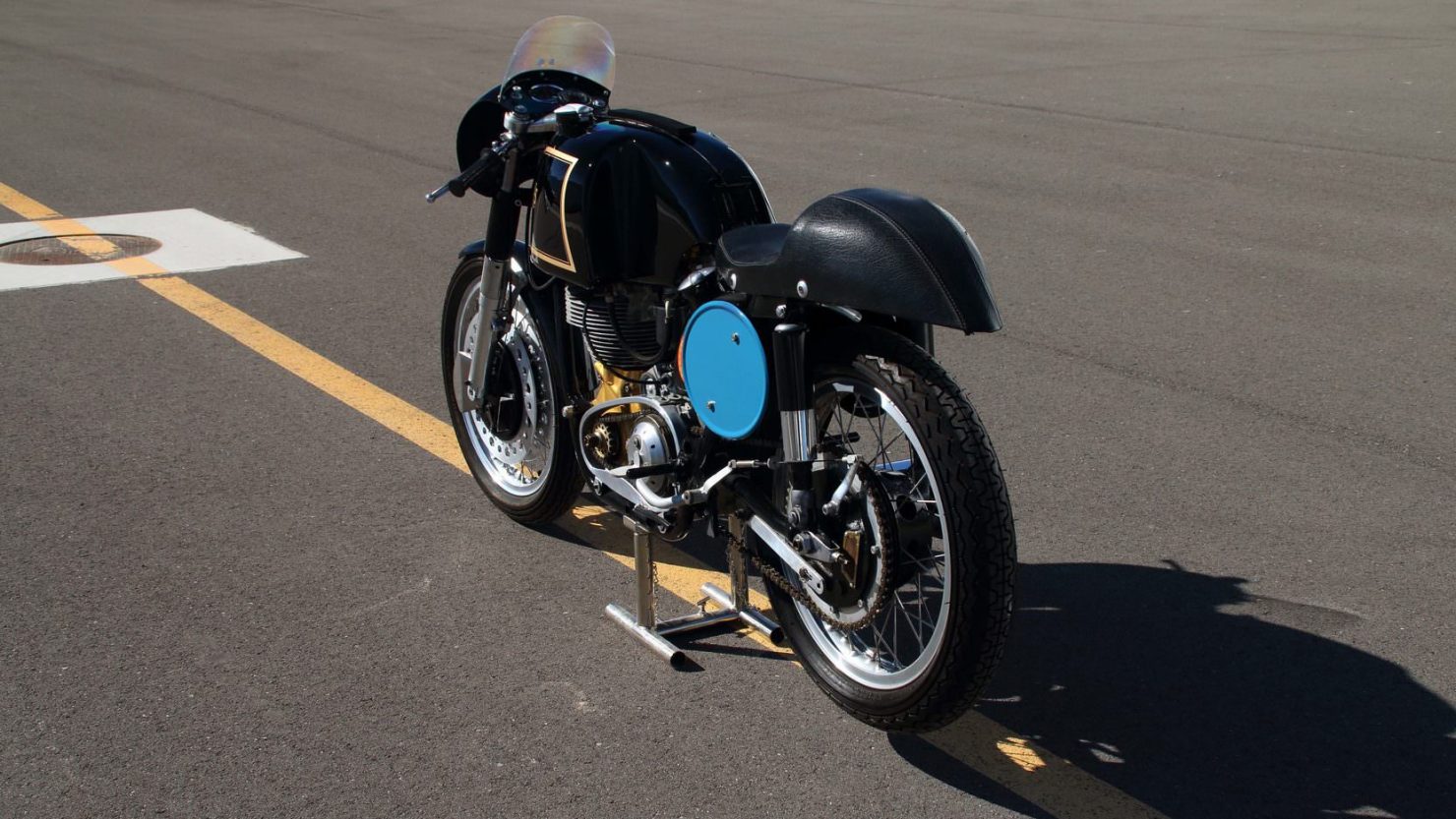 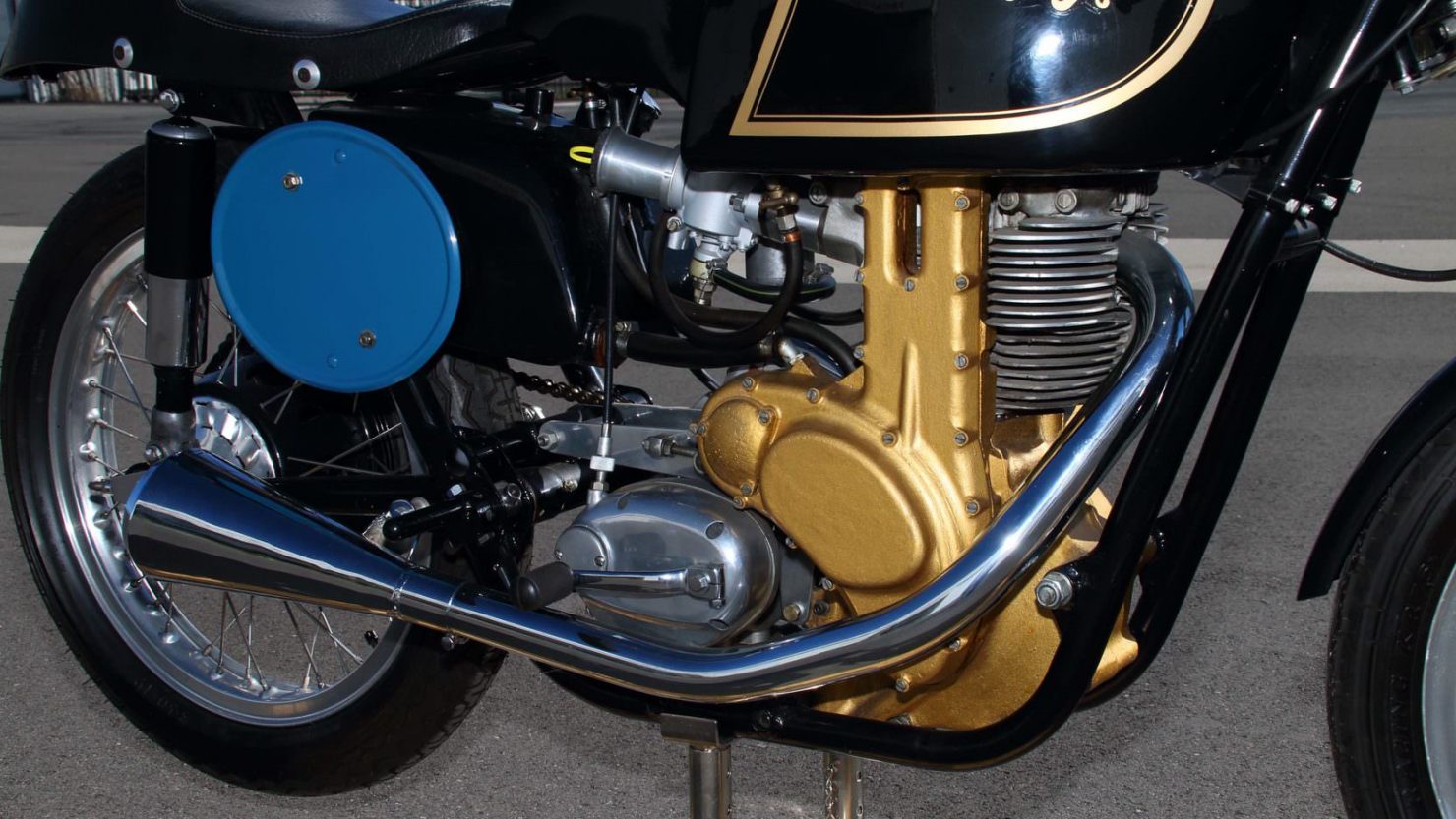 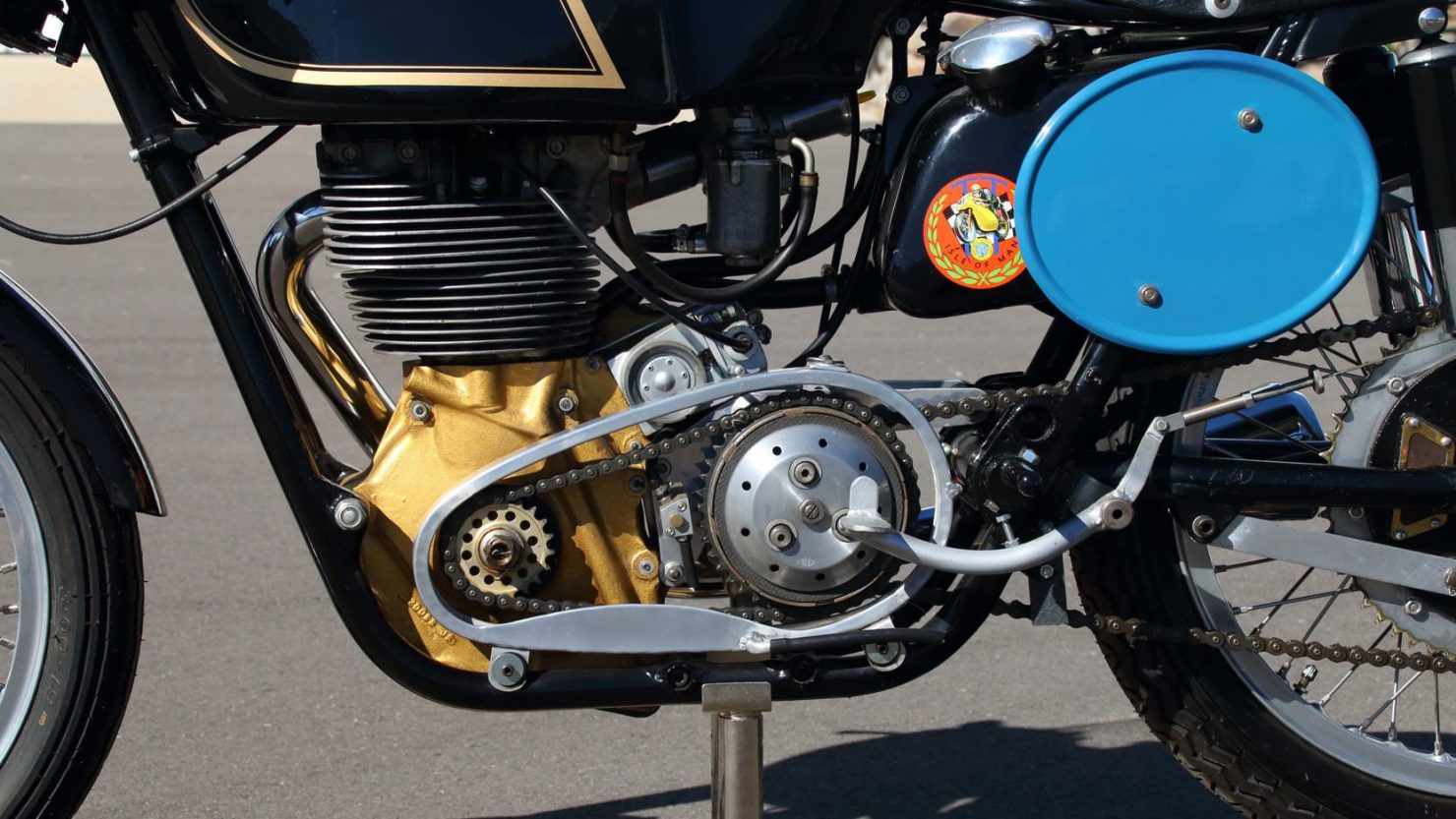 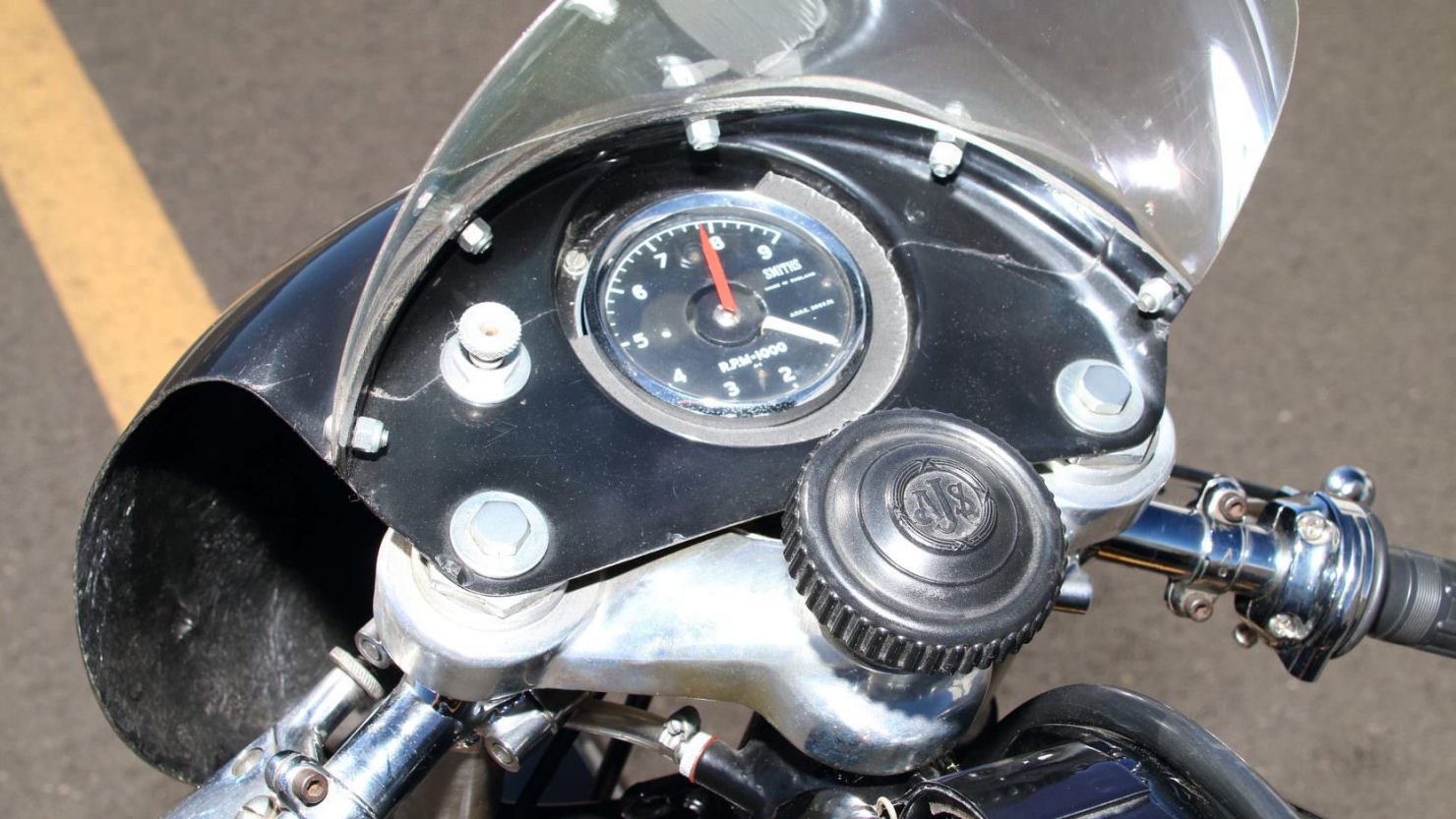 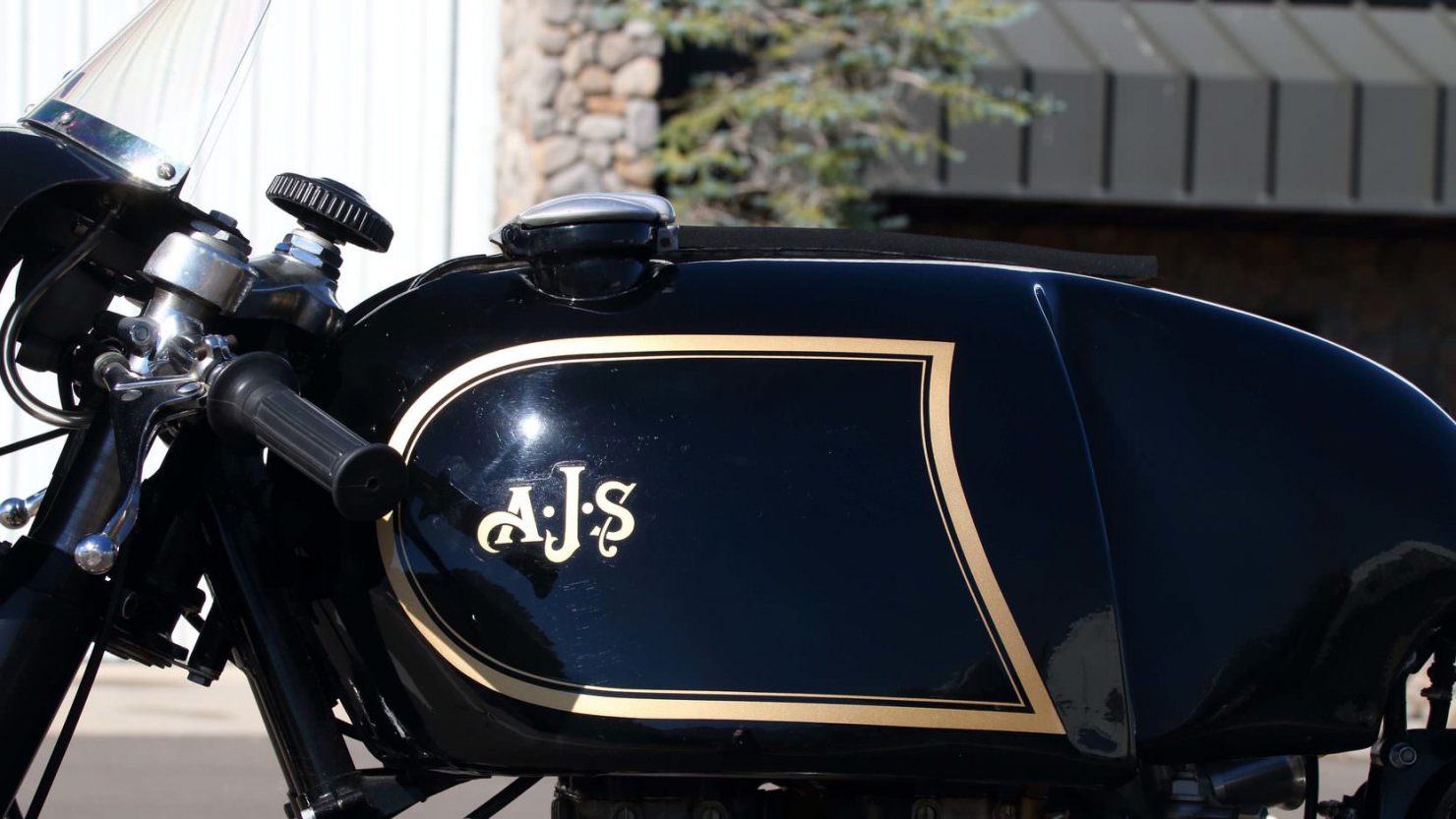 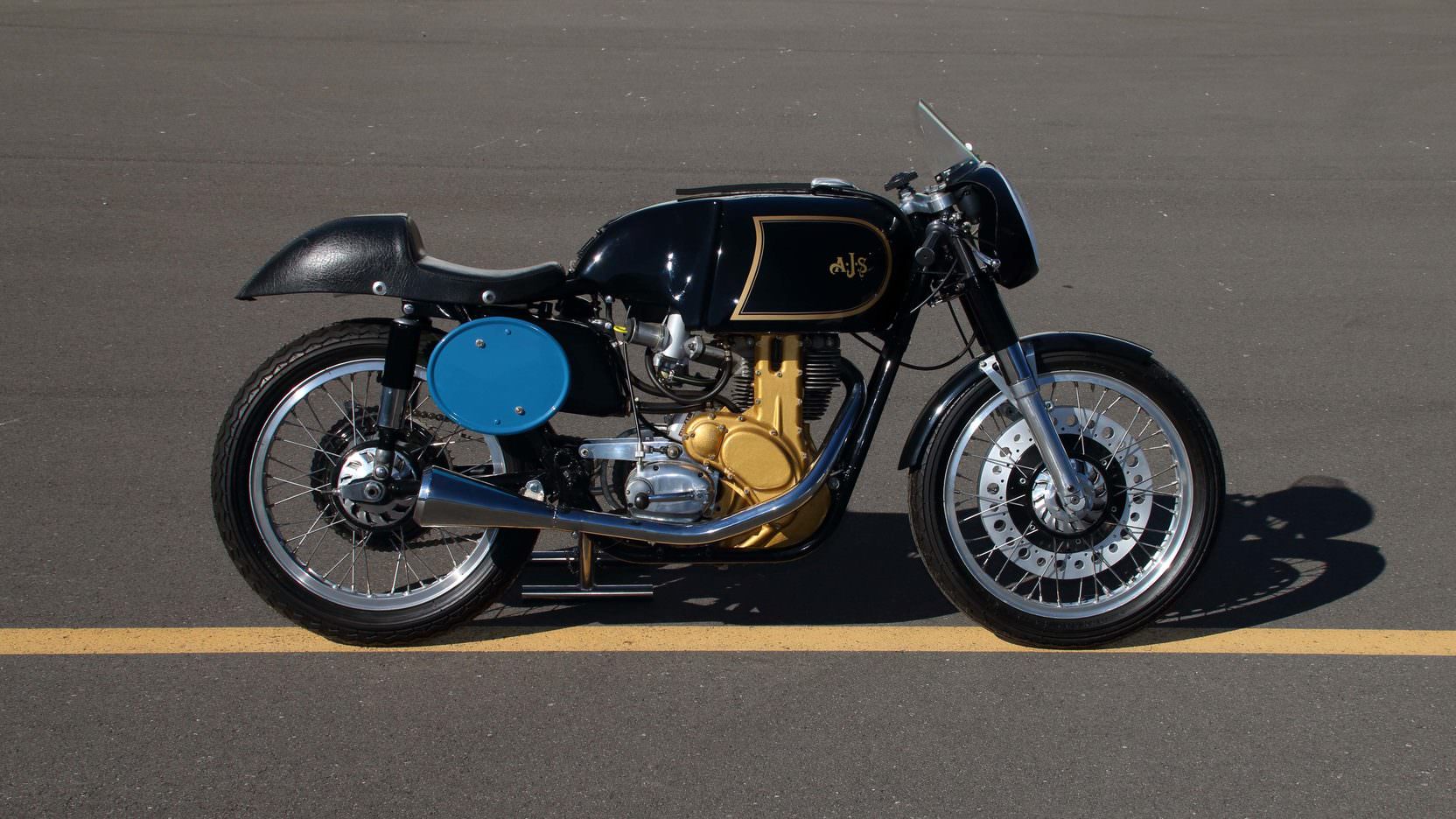