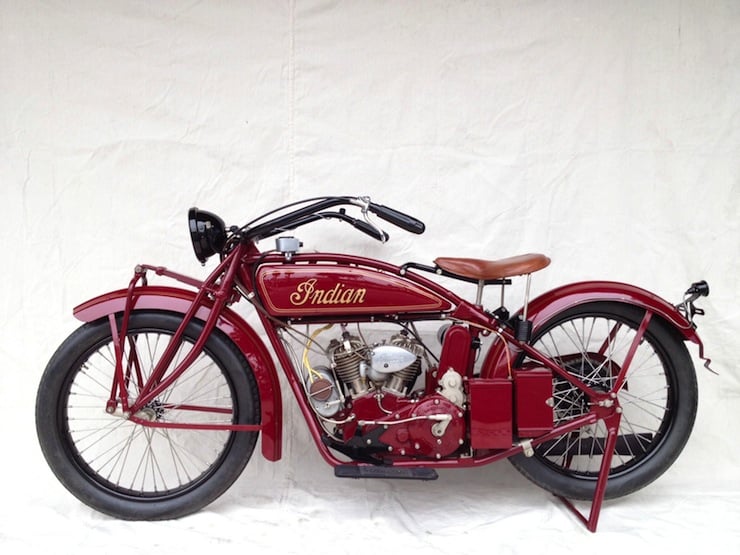 This 1924 Indian Scout V-Twin is actually an amalgamation of the best parts from three separate 1924 Indians, each of which was a basket case. The finished bike is a stunning example of the famous Scout, it’s even finished in the right shade of red – the only colour that really makes sense on a bike with heritage like the Indian.

The Indian Scout saw an incredible production run lasting 29 years from 1920 to 1949, the first series of bikes were made from 1920 to 1927 and were fitted with staggeringly reliable v-twin engines with a capacity of 606cc (37 cubic inches). These early Scouts were used for everything from flat track racing, to farming, to a normal office worker’s commute – so their versatility quickly became legendary.

If you’re in the mood for a little motorcycling history, you can click here to visit this bike’s official listing on MidAmerica Auctions. It’s due to sell in San Diego on the 14th of September 2013 so you still have a month or so to save your pennies. 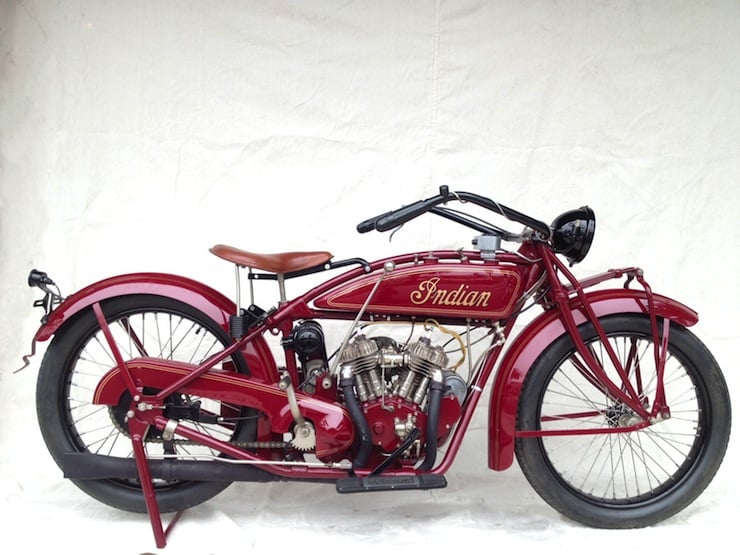 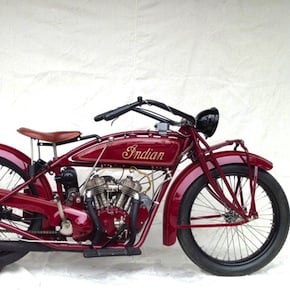