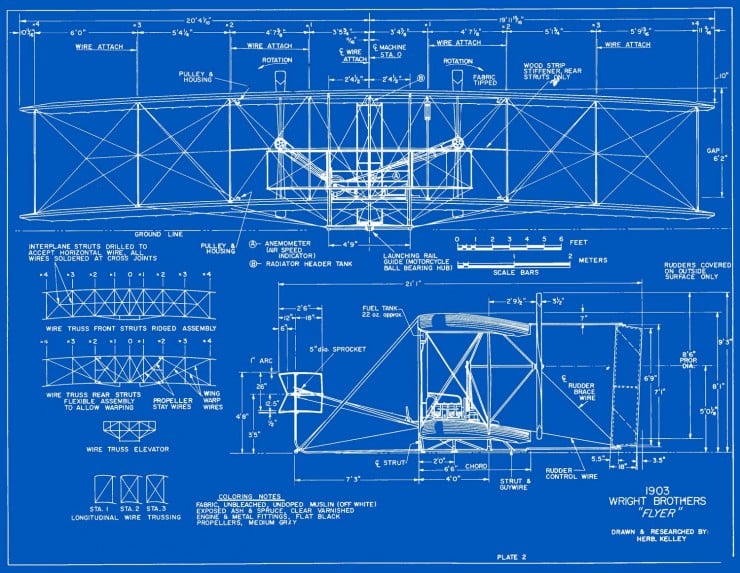 The 1903 Wright Flyer is a small, fabric covered piece of engineering that will live on as one of the most important achievements of mankind in the 20th century, and probably in all of our recorded history. The original plane was restored after its last flight, which had resulted in a crash-landing, and is now on permanent display at the National Air and Space Museum in Washington D.C.

These blueprints of the 1903 Wright Flyer are 1500px wide and should include all the information required for a person to build one – so long as that person is patient and in possession of an intellect superior to mine. Which isn’t really asking much.

You can click here to download both images as a zip file, alternatively you can click the image you want to download and it’ll load in a new window, then drag and drop it to your computer’s desktop.

Click here to read more about the Wright Flyer courtesy of Wikipedia. 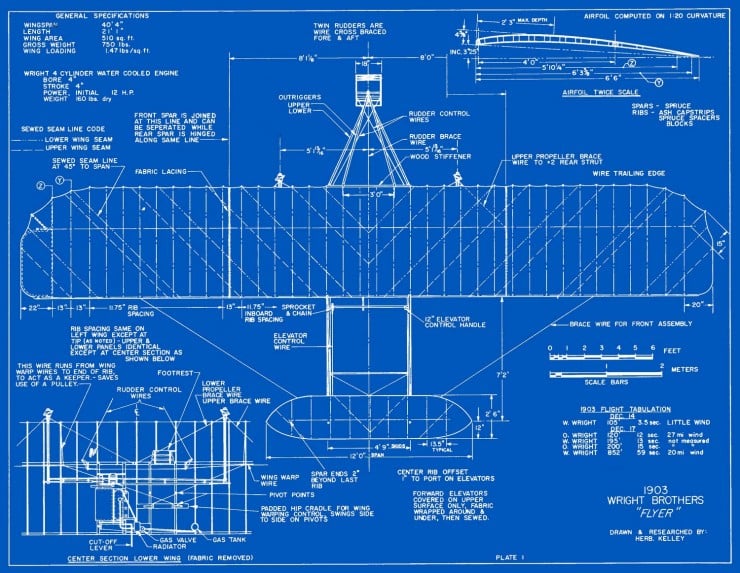 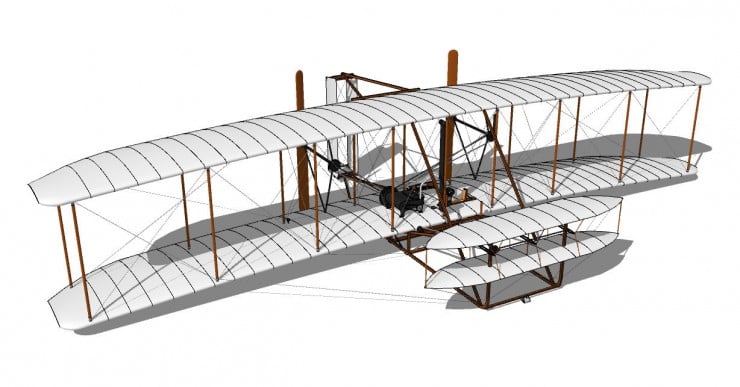 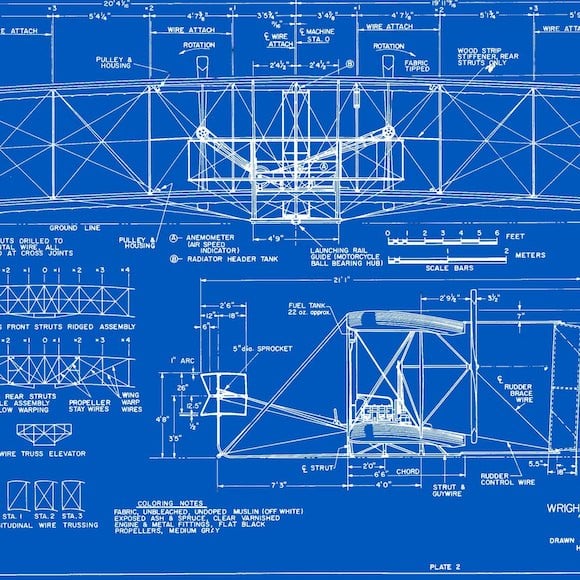