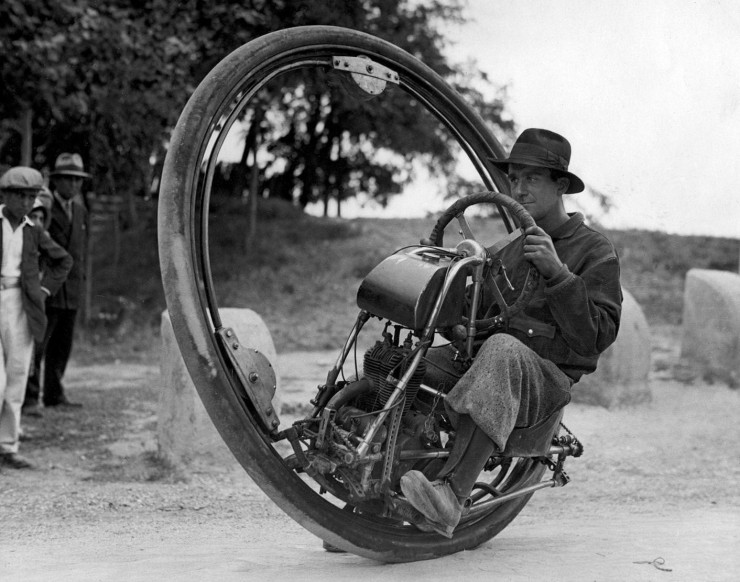 Monowheels are one of those interesting historical curiosities that (sadly) just didn’t catch on. This particular monowheel was built by the Italian M. Goventosa from Udine, in Northeast Italy, just before WWII. It looks like it’s powered by a single cylinder air-cooled engine and it’s drivetrain is unlike anything I’ve ever seen, I’m not even entirely sure how it works.

There are actually people still building and selling monowheels, if you’ve ever wanted one you can hit the link here and pick up a rather polished red example to use whilst pootling around your country estate. 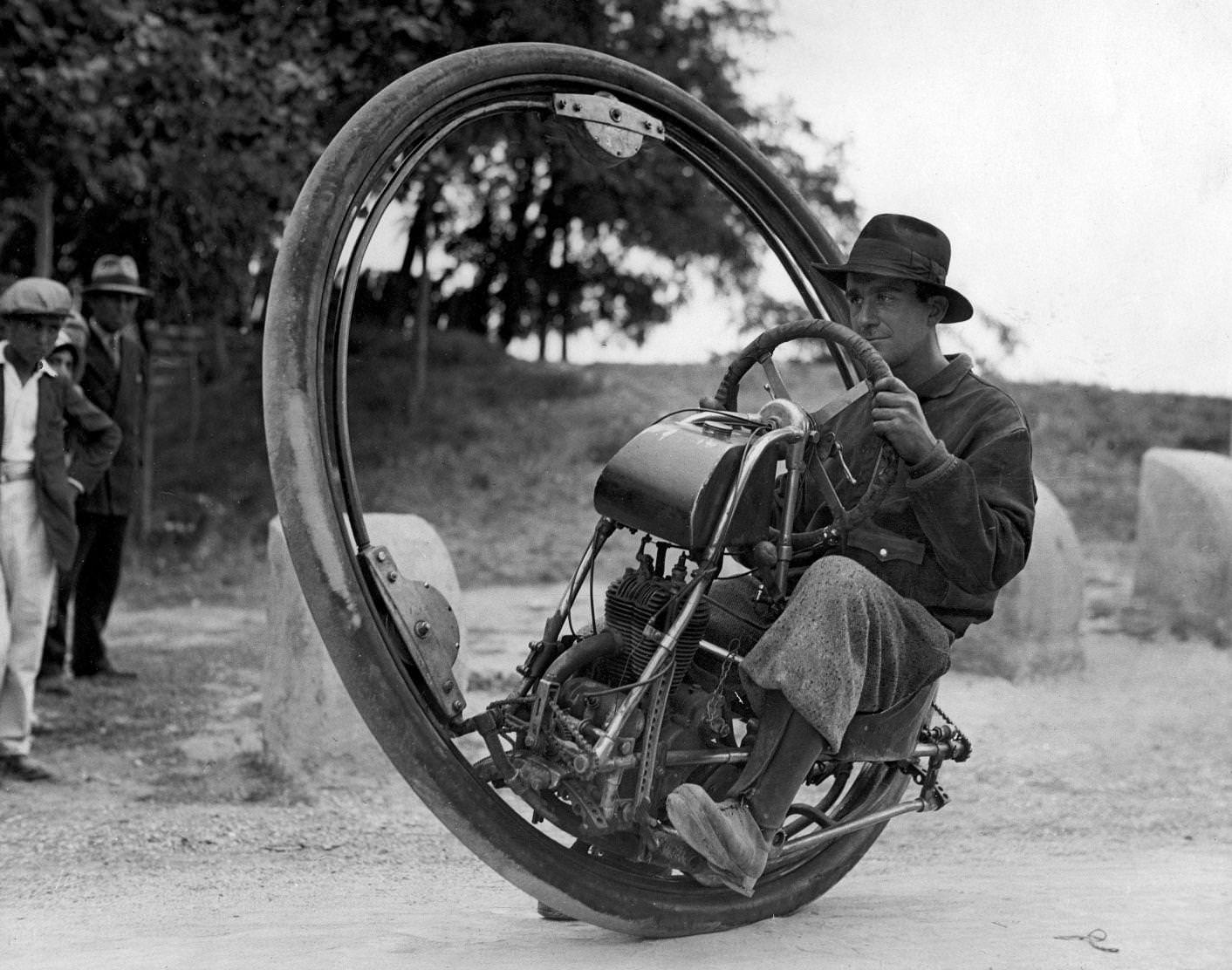