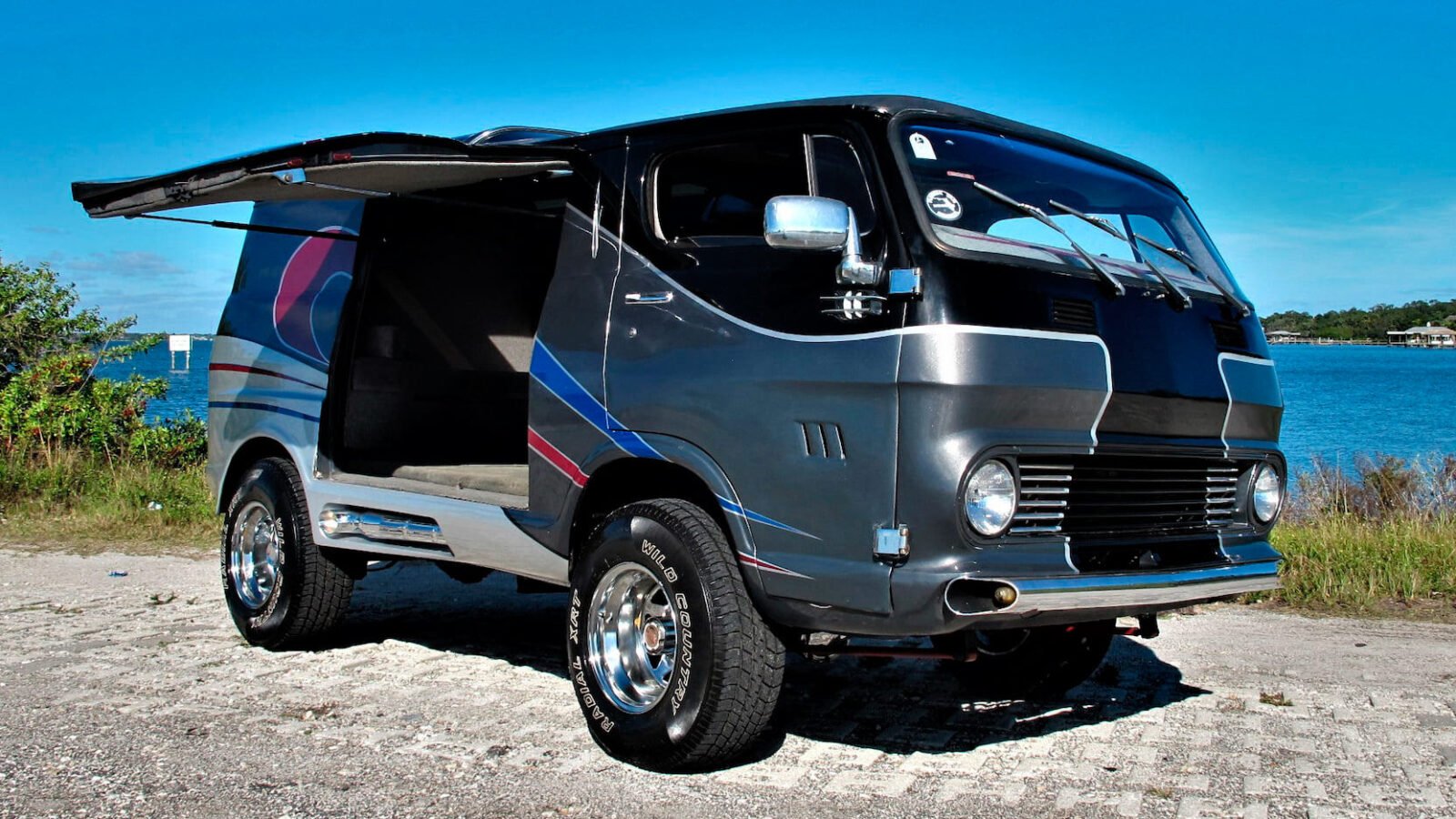 This highly customized 4×4 van was built by Ed Fucci over a period of decades, it was designed to be suitable for both cruising and camping, with a sofa in the back that converts into a bed for two people when required.

In total Fucci would own this van, nicknamed “Zelda,” for 44 years from 1974 until 2018. Zelda became a legend in the American van community, being featured in multiple magazines, winning 56 best in show awards and 160+ other awards over the years.

The 1970s were a big time for van culture in the United States and around the world. It was a time when the hippie “flower power” VW Kombi vans of the 1960s were giving way to the more hard-edged custom culture of the 1970s. 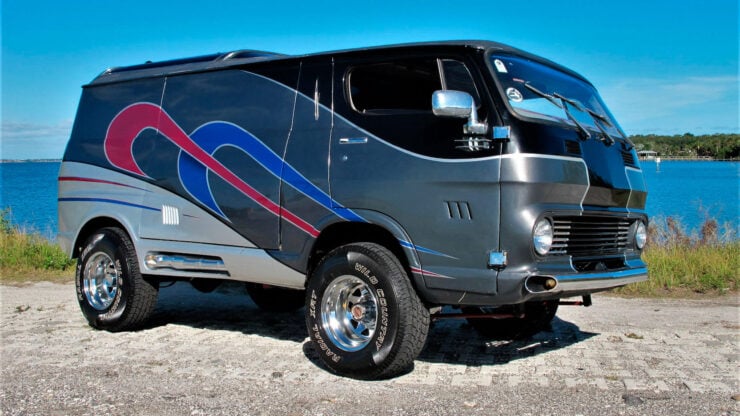 Zelda has a new side entry door and a sealed rear, the chopped roof and higher 4×4 ride height give it a distinct look, very unlike a normal G10 van.

A young American man named Ed Fucci would arrive into this new 1970s van culture in 1974 when he bought a secondhand 1969 Chevrolet G10.

It was his first vehicle and he began customizing it immediately, but he couldn’t have known then that he would eventually build the van six different ways, including adding a full custom four-wheel drive system with selectable two and four-wheel drive as well as high and low range.

Ed would develop his own 4×4 system with parts from the original Chevrolet G10 van, a Chevy Blazer, and a Jeep CJ7. It’s a system that works remarkably well too, Ed was an integral member of the Adventure Vans Club in Florida and took Zelda on many off-road adventures including weekends on various beaches.

The drivetrain consists of a rear axle from a Chevy Blazer, this is mated to a transfer case from a Jeep CJ7, which is also paired from the front end from a CJ7. Power is provided by a 305 cubic inch (5.0 liter) Chevy small-block V8 which sends power into a Turbo 350 automatic transmission.

Ed chopped 5 inches out of the roof, though this sounds simple it actually requires a lot of fabrication work to get right. All the curves in the pillars and doors need to be matched and a lot of work goes into a getting things like the quarter and wind-up windows to still function properly.

Above Video: This 15 minute video is hosted by Ed Fucci, the man who originally built it. Ed goes over the major elements of the van in detail, showing just how much work went into Zelda over the years.

The interior of the van was completely redone by the team at Valley Vans on Long Island, it now has full custom upholstery, lighting, and that aforementioned sofa in the back that converts into a double bed for nights out off the beaten track.

The interior now includes two televisions with VHS players, a full stereo system with a CD changer, and AM/FM radio.

Sadly Ed passed away in 2018 and Zelda has now been put up for sale in the hopes that a new enthusiast owner will buy it and carry on its remarkable story.

With the surge in interest around vanlife culture in recent years Zelda would be a prime candidate for someone who wanted to modify the interior for more permanent living and spend some time adventuring both on and off road.

Zelda is due to roll across the auction block with Mecum in Florida in January, if you’d like to read more about it or register to bid you can click here to visit the listing. 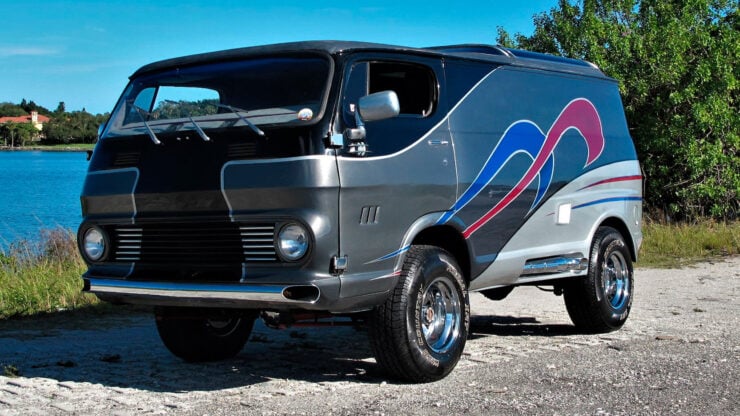 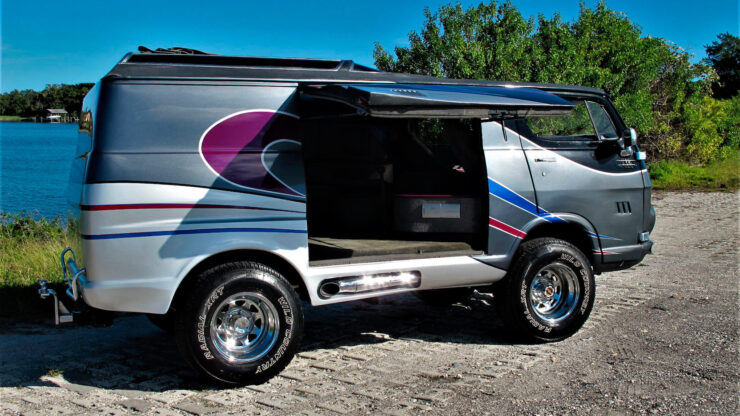 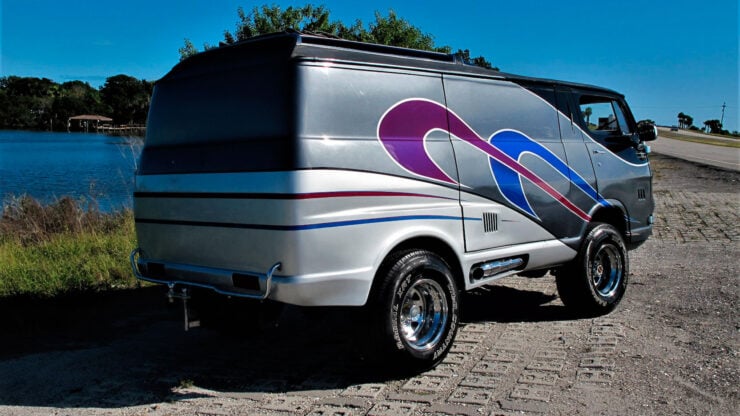 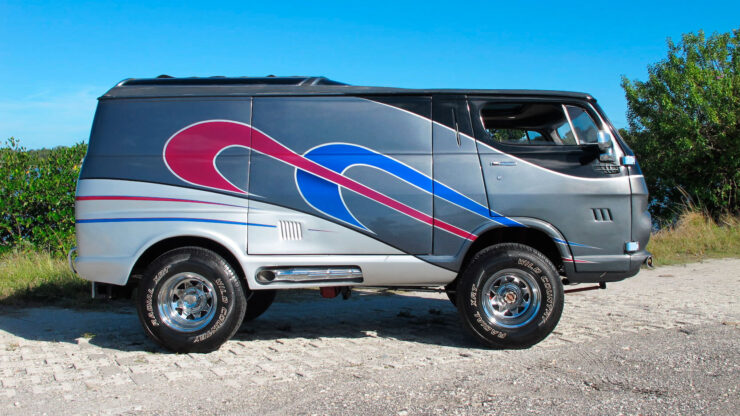 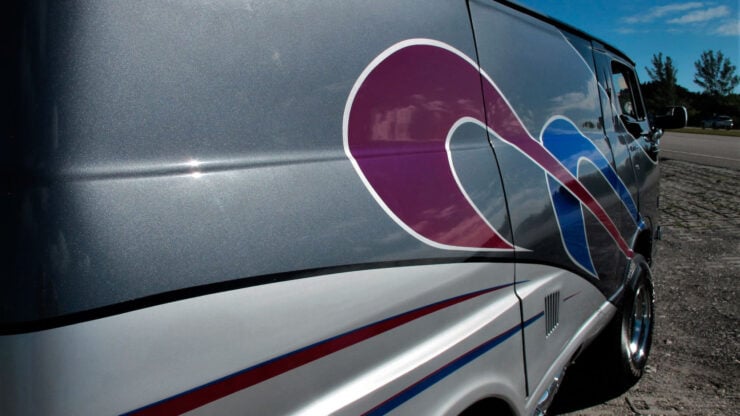 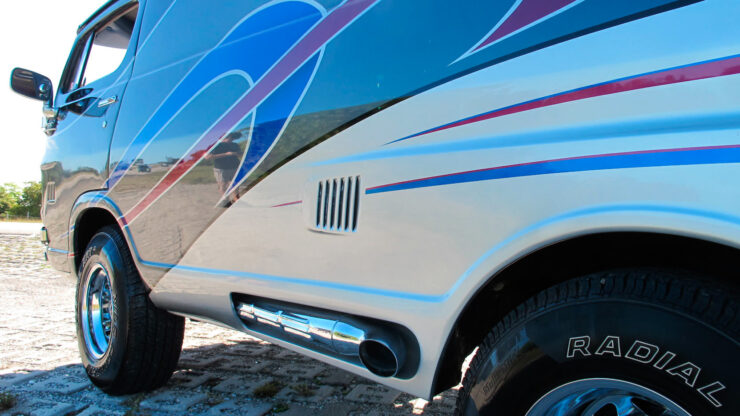 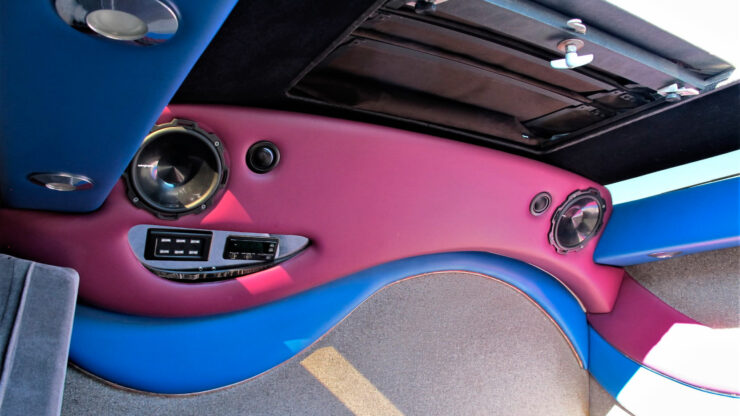 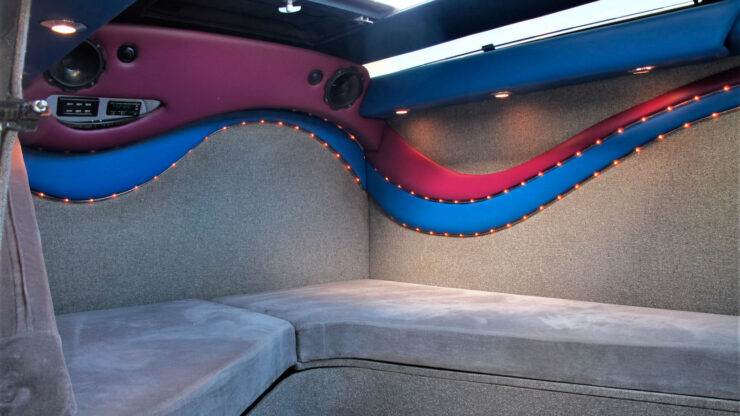 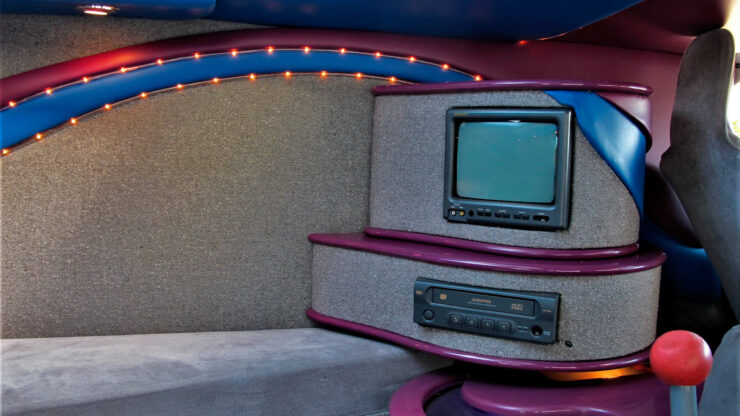 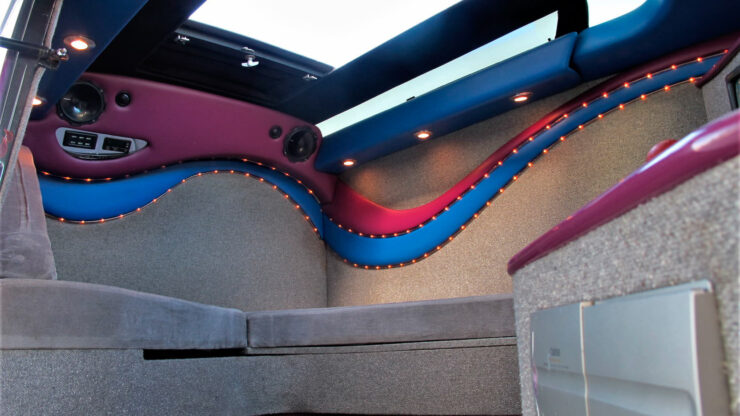 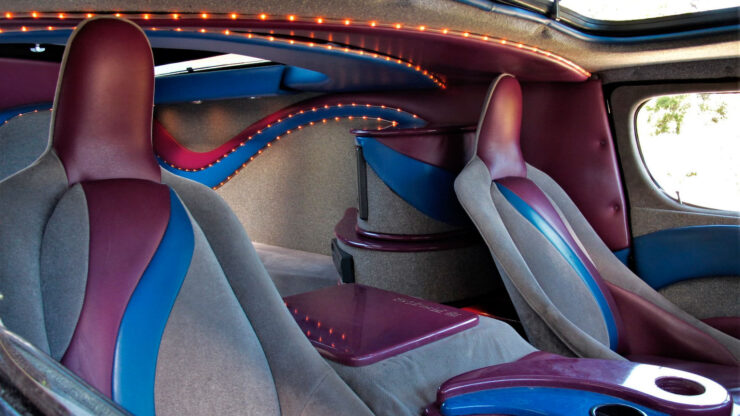 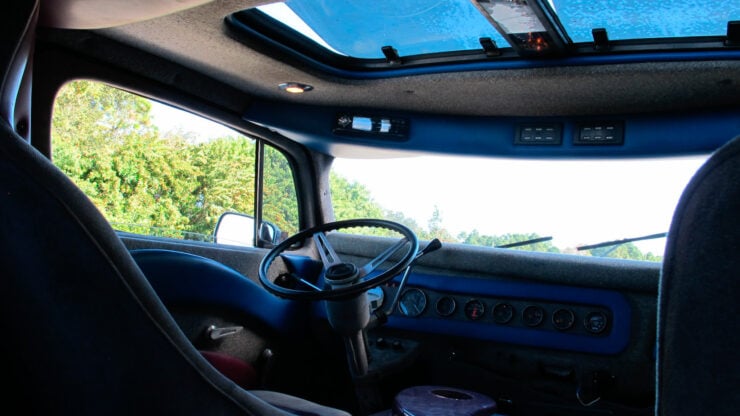 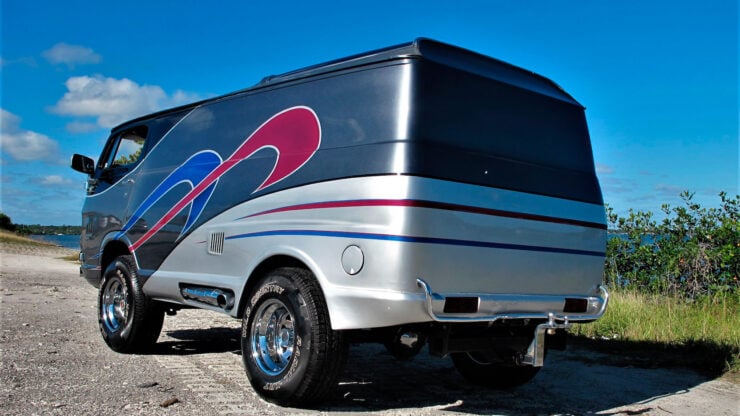 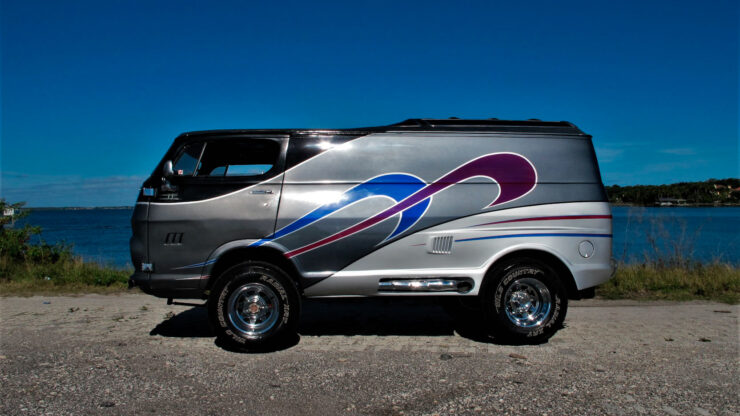