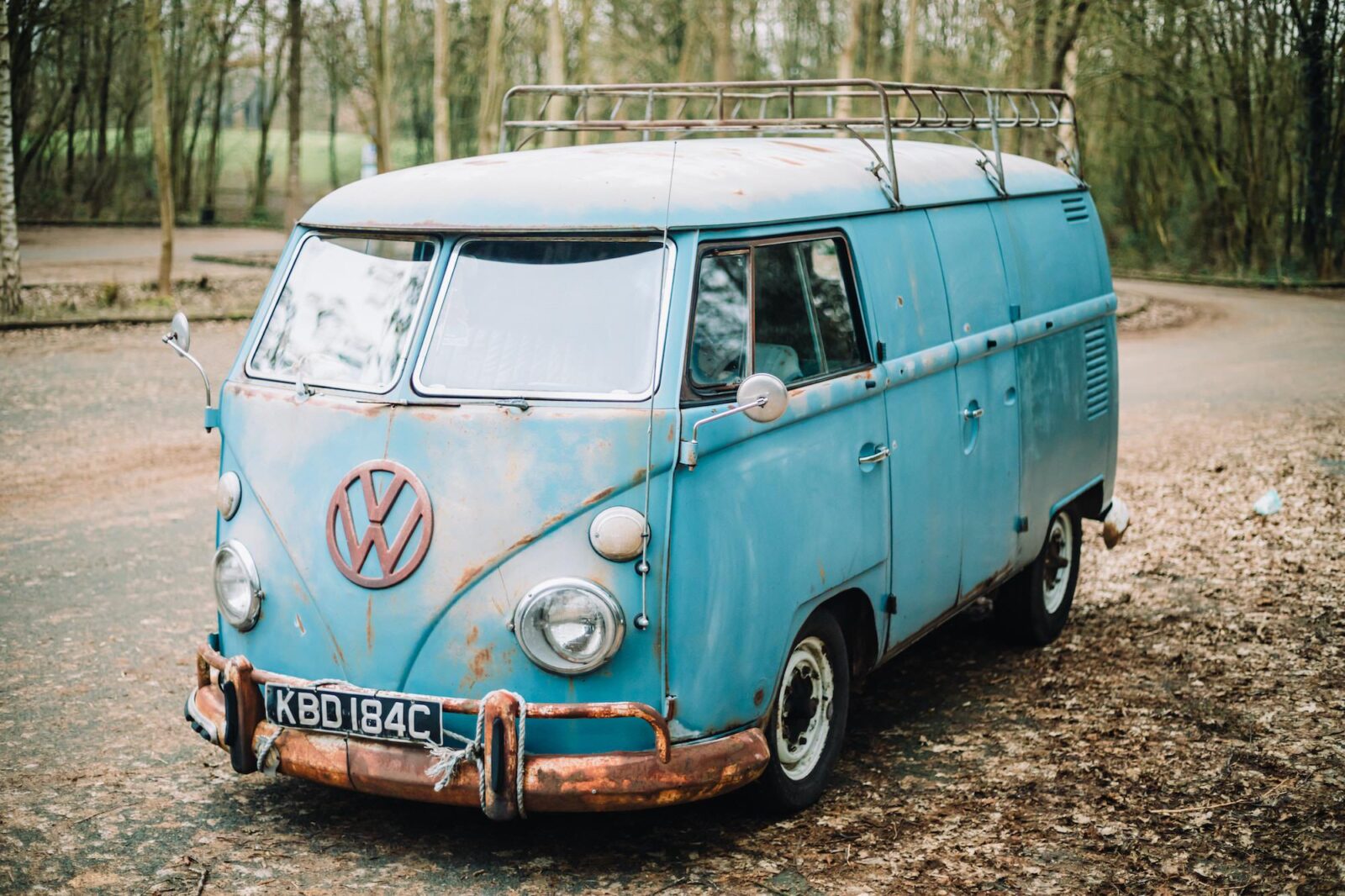 There are few vehicles as universally loved as the VW Type 2, the air-cooled van has a number of different names depending on region and specification including Transporter, Kombi, Microbus, Bus, Camper, or Bulli.

Much like their distantly-related Porsche 911 cousins, the Type 2 has seen their values skyrocket in recent years, but good deals can still be had by buying examples that need some work done.

The current owner of the Type 2 you see here has embraced the rat rod ethos, proudly displaying the van’s decades of patina and sun exposure. This is a look that will appeal to many, others may prefer to restore the van back to factory original specification, and others still would want to drop a Subaru engine in the back and really upset the purists.

Being a famously logical people, the Germans named their new van the “Type 2” as it used a modified version of the drivetrain and running gear from the Type 1, otherwise known as the VW Beetle. 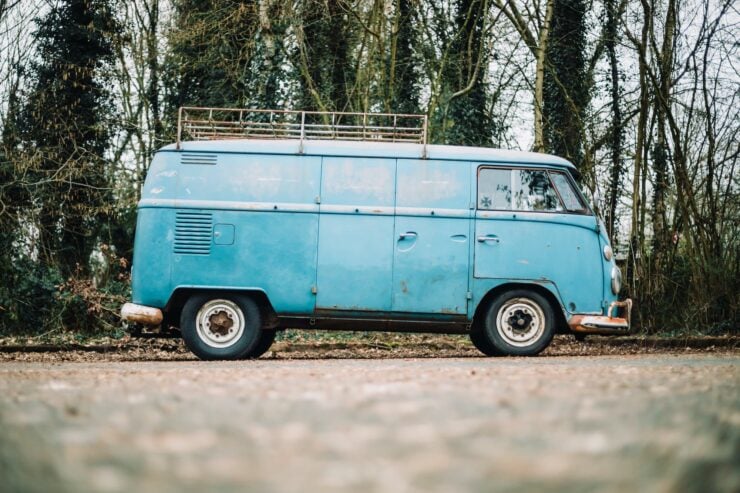 Above Image: As a “Double Door” this Type 2 has twin opening doors on either side for easy loading and unloading.

As the story goes it was actually Dutch Volkswagen importer Ben Pon who conceived of the idea of a VW van after seeing the simple parts movers or “Plattenwagen” used at the Wolfsburg factory that had been built on the Beetle platform.

Pon sketched the first design in 1947 and it would set the basic architecture for the Type 2 including the driver/passenger sitting at the very front with a long cargo section in the rear, and boxy styling to maximize interior space.

Volkwagen was flat out filling Beetle orders and so the Type 2 wouldn’t see production until 1949. Secondhand versions would be cheap by the 1960s and as a result they would form an essential part of the Hippie movement, providing an all-in-one solution for cheap transportation, a home on wheels, and flat-sided billboards for messages of peace, love, and flower power.

So popular did the van become that Volkswagen has kept vans in production from 1949 to the modern day, the sixth generation is called the VW Transporter T6, it was released in 2015 and it remains as popular as ever.

The Type 2 you see here is a 1965 Volkswagen Splitscreen Panel Van, as you may have guessed the “split screen” part of the name refers to the dual windscreen arrangement, a key feature that distinguishes earlier Type 2 T1 vans from later Type 2 T2s. 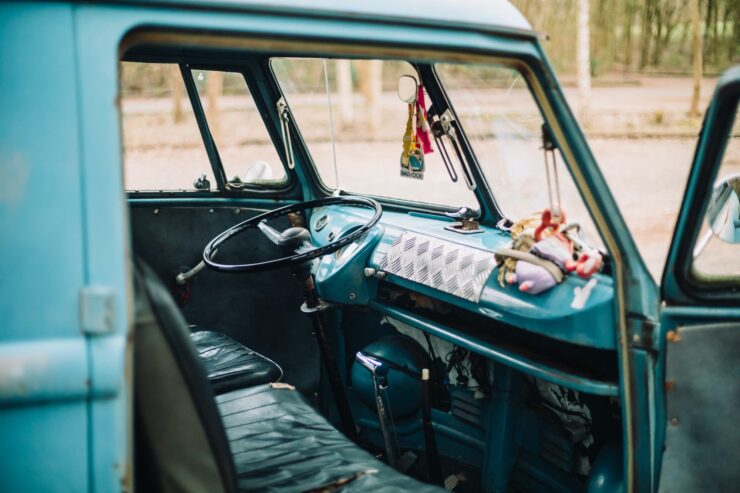 Above Image: Originally an American-delivered vehicle this VW is left-hand drive.

This van is believed to have an air-cooled, flat four 1641cc engine, though this engine capacity isn’t confirmed, and it sends power to the rear wheels via a four-speed transmission.

The van is wearing what is believed to be mostly original Pigeon Blue paintwork, with the surface rust and paint fading having been kept deliberately in place for that popular rat rod-look.

The vehicle has had some bodywork done in the past and it would now benefit being in the care of a new owner who can choose the next direction for it – be it a full restoration or a light refurbishment.

The van is currently for sale on Collecting Cars, at the time of writing there’s still some time to bid with the current high bid sitting at £6,200. If you’d like to read more or visit the listing you can click here. 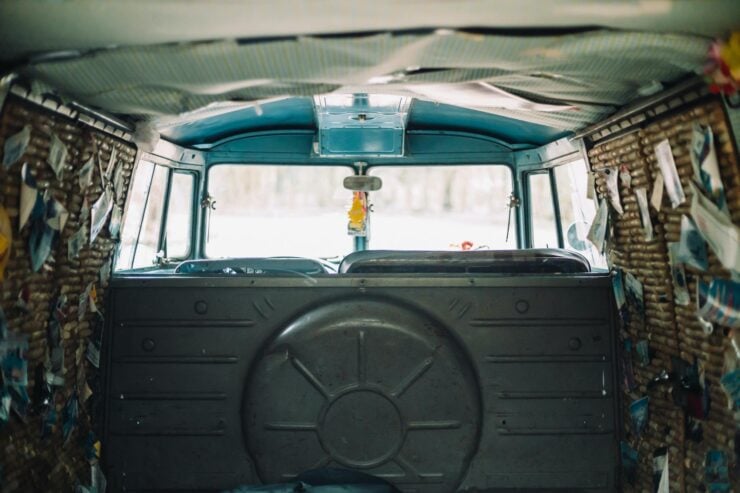 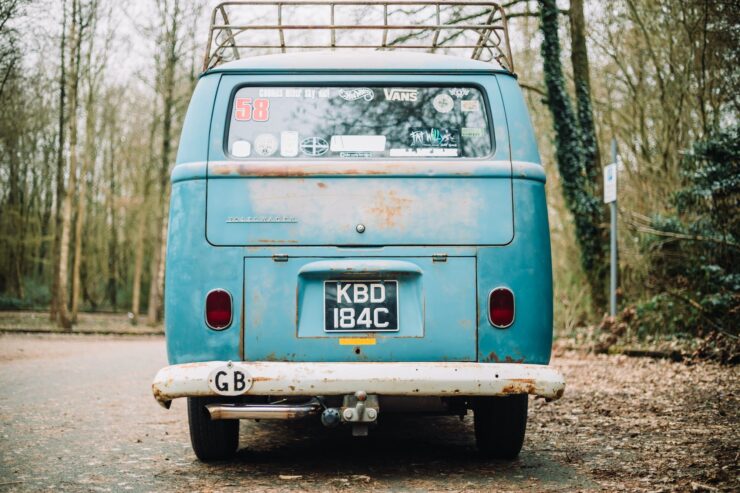 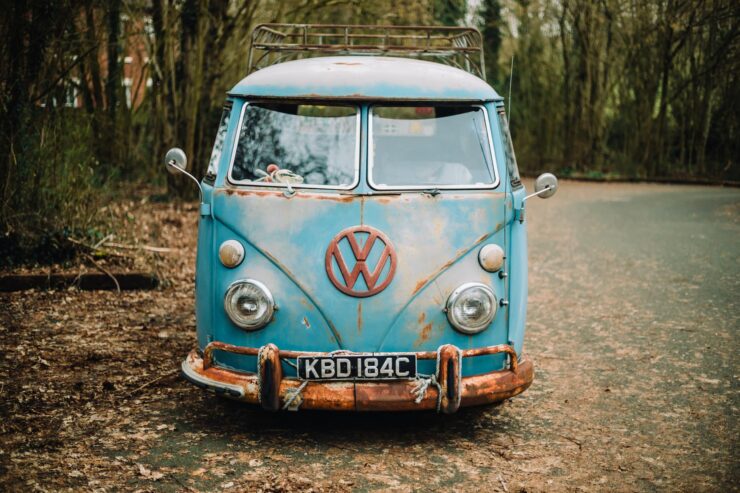 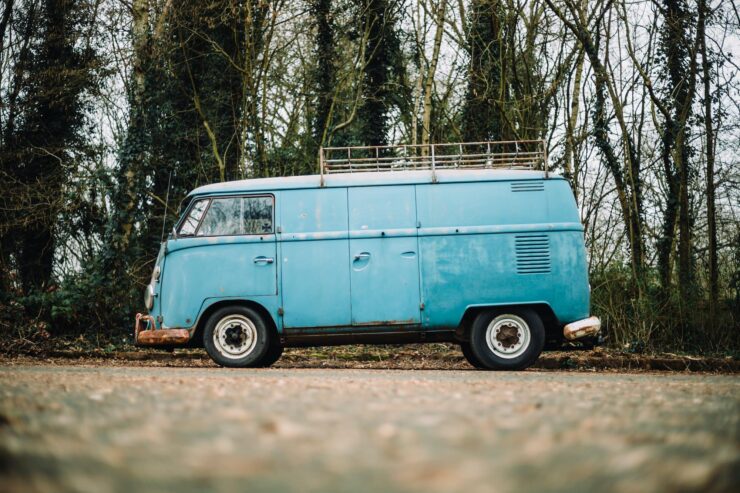 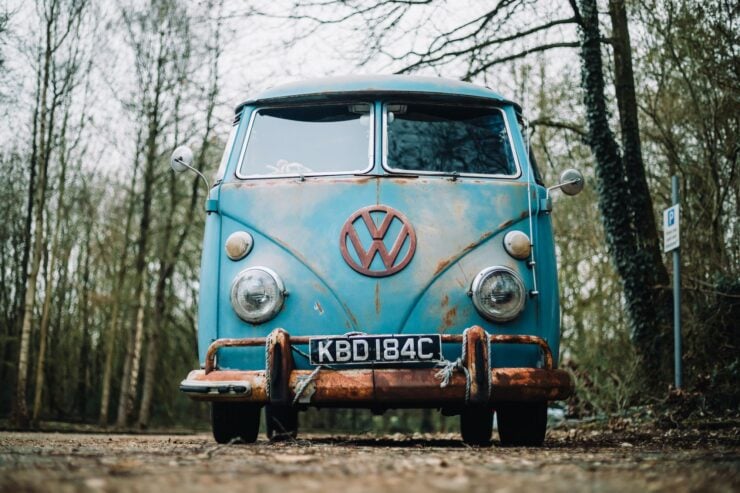 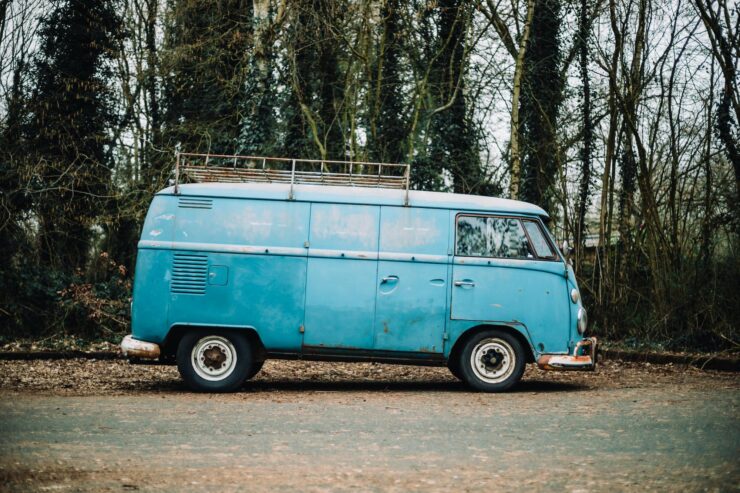 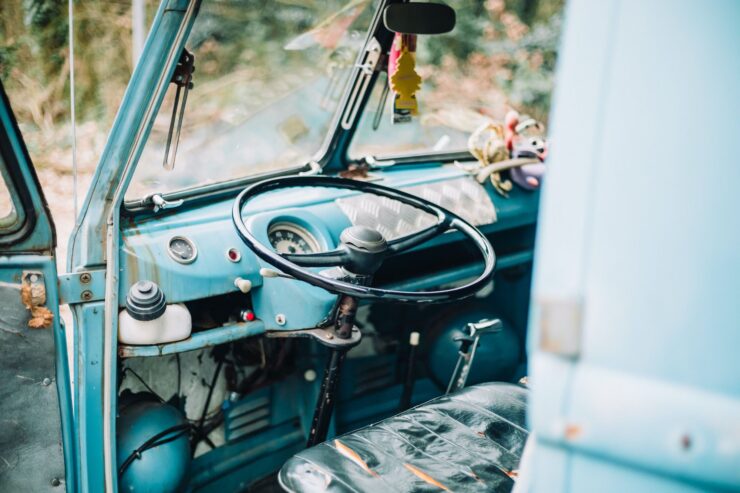 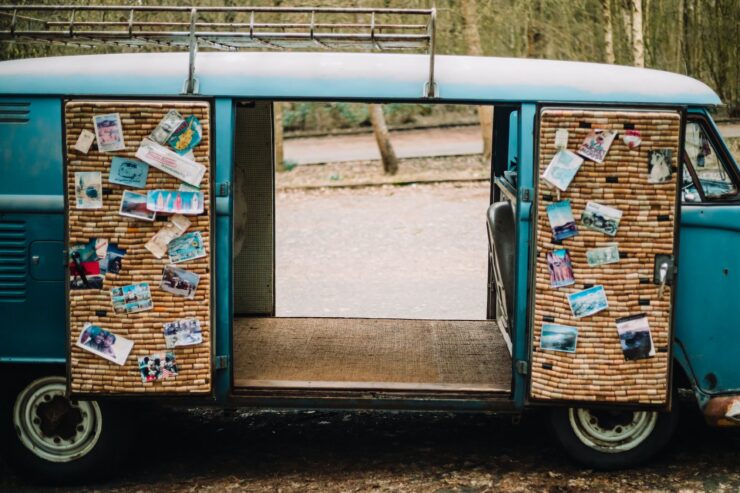 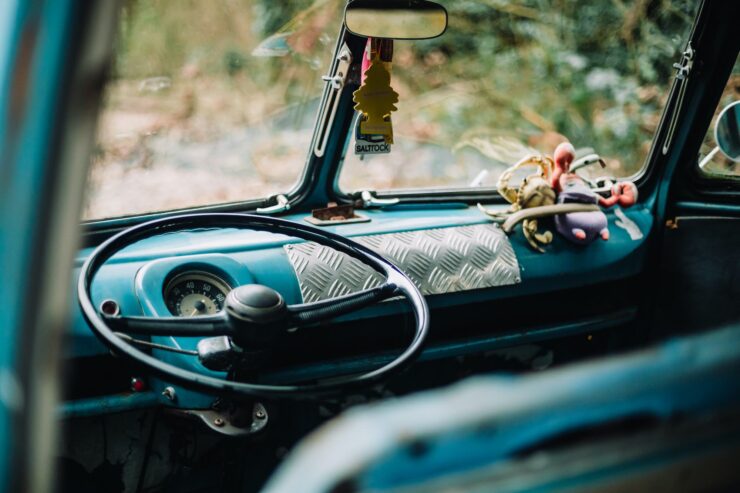 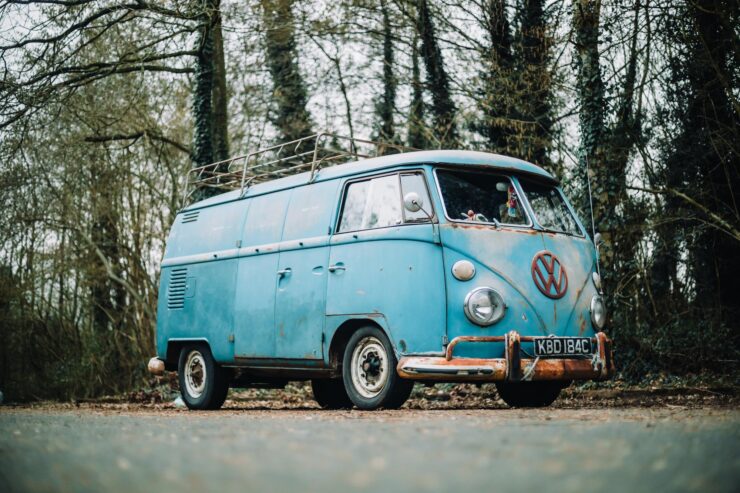 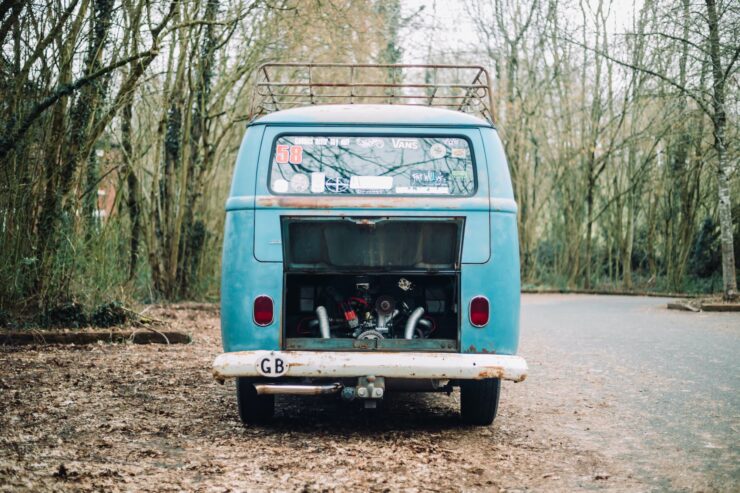 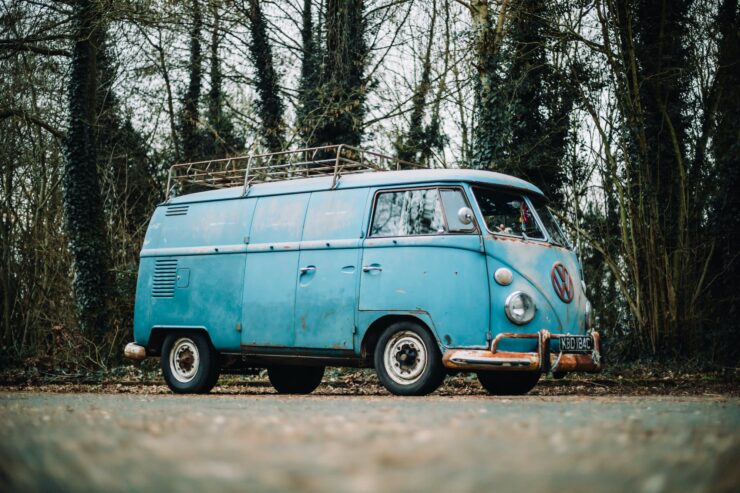