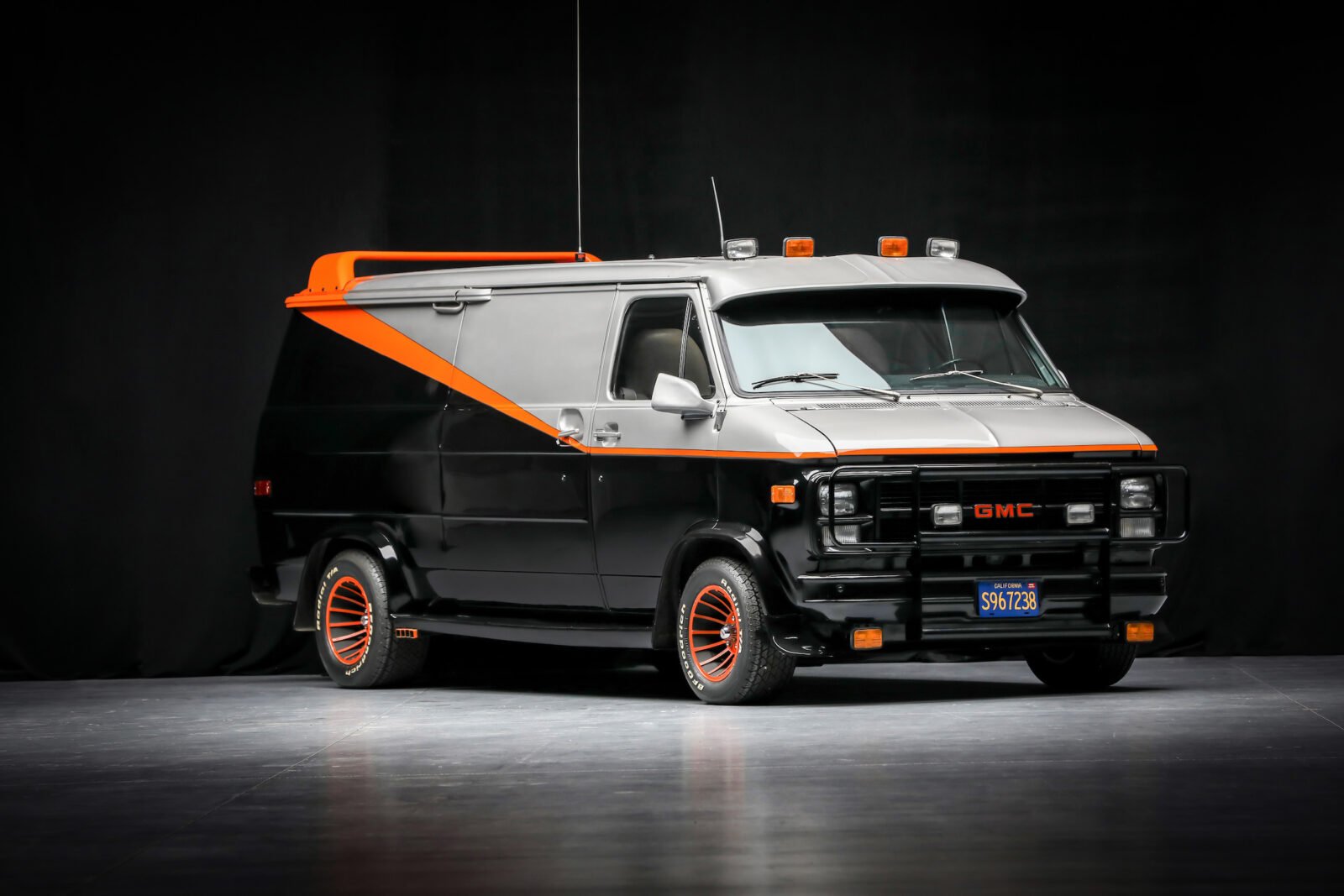 This 1979 Chevrolet Van is one of just six that were built and licensed by Universal Studios to Hollywood Productions Inc. to promote the TV series throughout the U.S. and Canada from 1983 to 1987.

The vans that were built for use on screen were mostly destroyed and few are known to remain, the video clip below is a good example of what happened to most of them – the scriptwriters of The A-Team were just as fond as body-bending jumps as the Dukes of Hazzard writers.

In The A-Team TV series that ran over five seasons from 1983 to 1987 a number of GMC G-series/Chevrolet Vans were used – all painted with the distinctive black lower body, with a red stripe, and a grey upper body. They were fitted with a rear spoiler, a front air dam, quad exhaust tips on either side, and 15″ American Racing “Turbine” 14 spoke wheels with 60 Series BF Goodrich Sport Truck T/A radial tires.

Above Video: A compilation of A-Team van jumps from the original TV series.

Unlike many vans, the G-series offered considerable power thanks to their 350 cu. in. V8 mounted upfront, they were originally topped with a two barrel carburetor but aftermarket parts suppliers offered all manner of upgrade kits for them – as a result some were genuinely quick and drivers could easily get themselves into trouble.

Throughout the 1970s and 1980s the van craze was in full swing, there were even “vansploitation” films made to cash in on the movement. In more recent years we’ve seen a modern resurgence in vans thanks to the van life movement, where people buy themself a cheap van, set it up with basic living amenities and take to the road for adventures.

The A-Team played no small part in making vans desirable to a wide audience, and replica A-Team vans are commonly made from surviving GMC G-series vans, right down to the replica machine guns in the back. 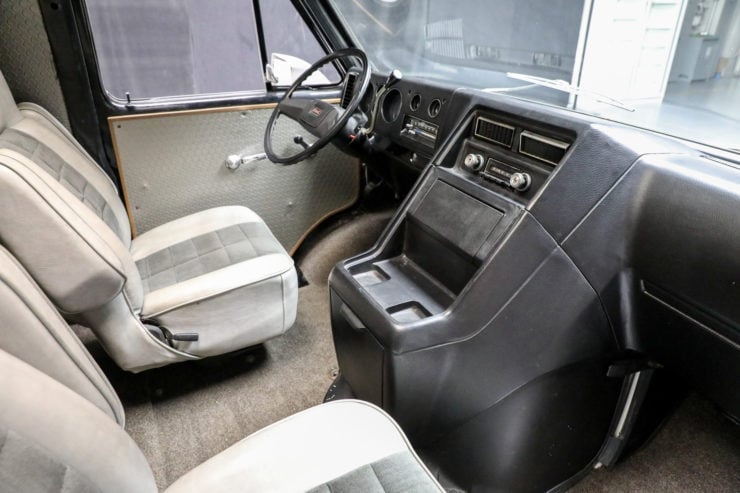 The A-Team TV series hit the airwaves in 1983, it had originally ben pitched as “a combination of The Dirty Dozen, Mission Impossible, The Magnificent Seven, Mad Max and Hill Street Blues, with “Mr. T driving the car”, it’s not hard to see why the studio gave it the green light.

The term “A-Team” was originally a nickname coined for US Special Forces’ Operational Detachments Alpha (ODA) during the Vietnam War, it was chosen for the series as the four main characters are former Special Forces who are on the run after being court-martialed “for a crime they didn’t commit”. 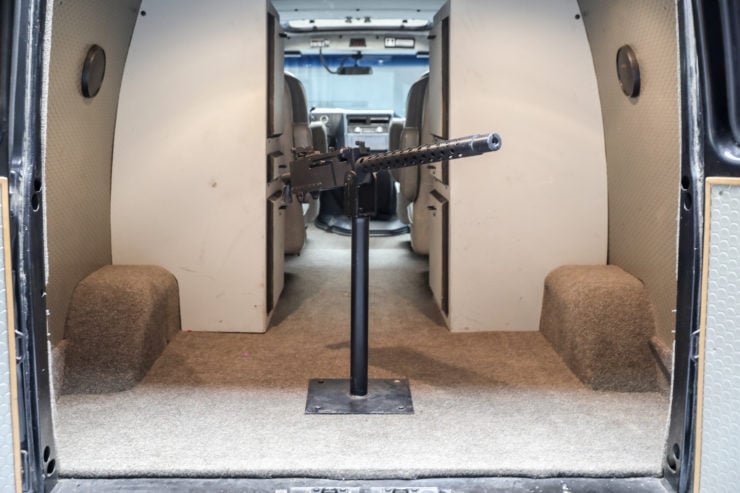 As mentioned in the intro, this van was built and licensed by Universal Studios to Hollywood Productions Inc. to promote the TV series throughout North America. In this role it will have attended countless shows and appeared frequently in various local media stories.

Inside the van you’ll find the signature four white bucket seats, cabinets for storing weapons and equipment, guns mounted to the wall, and most importantly, a belt-fed machine gun mounted in the back to shoot at pursuing enemies.

Worldwide Auctioneers are offering this van without reserve at the Scottsdale Auction on Saturday January 23rd, with the proceeds benefiting the J. Kruse Education Center, a 501(c)(3) organization providing career pathway development to students and transitioning veterans.

Above Video: The wildly popular opening sequence and theme song from The A-Team. 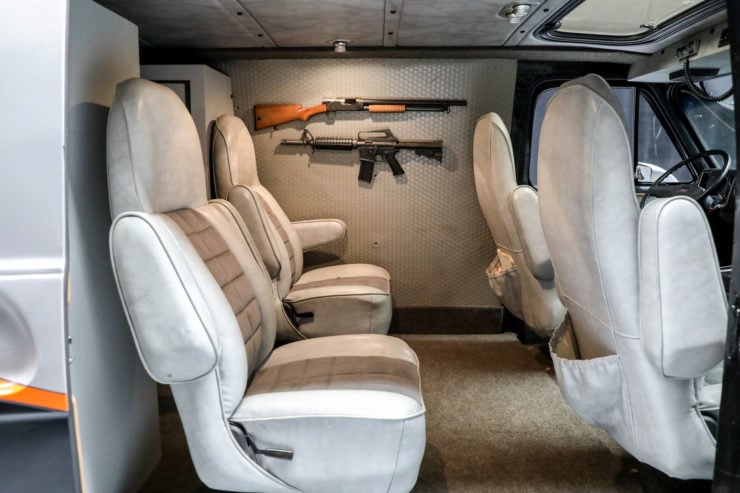 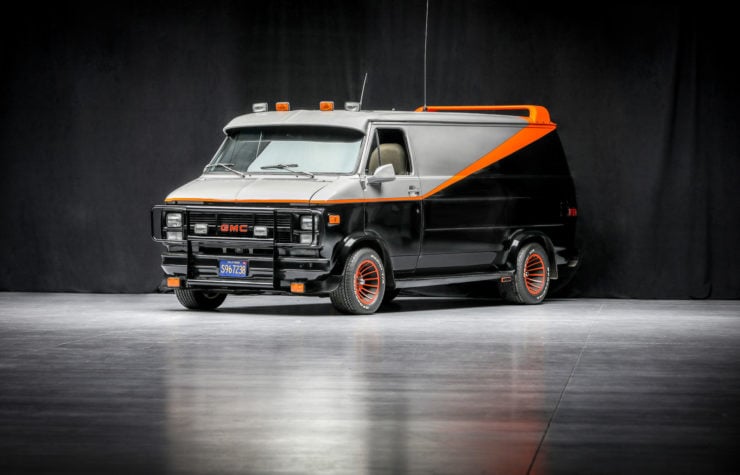 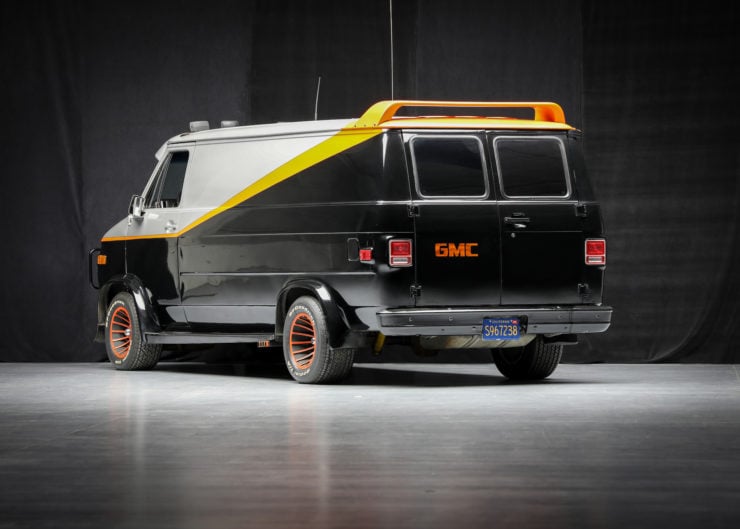 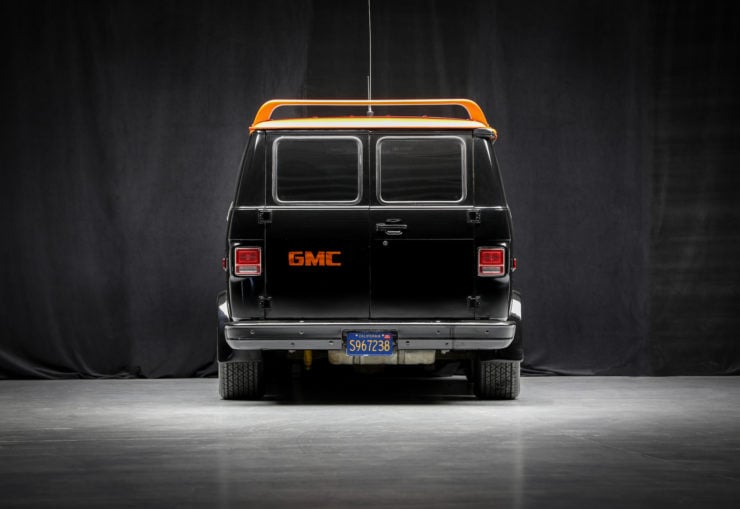 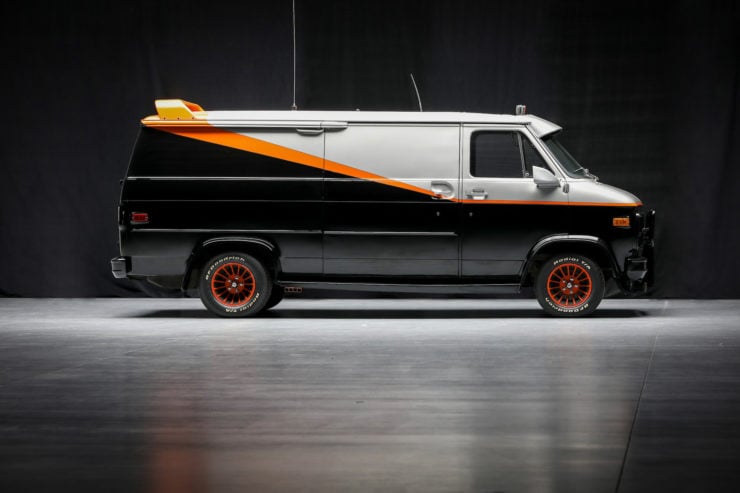 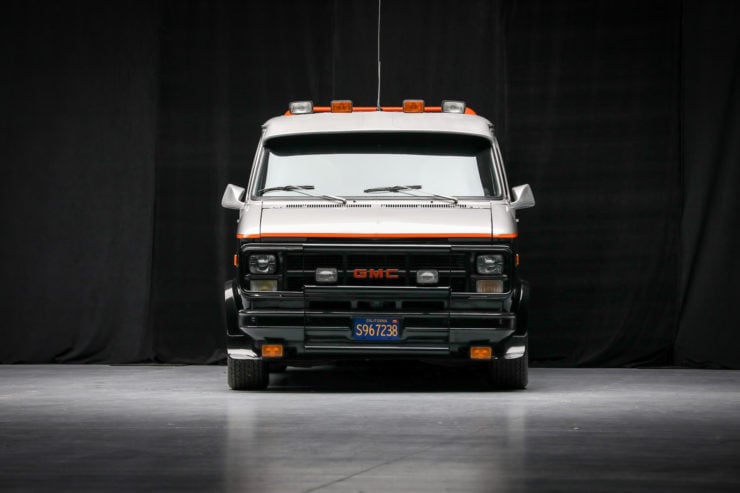