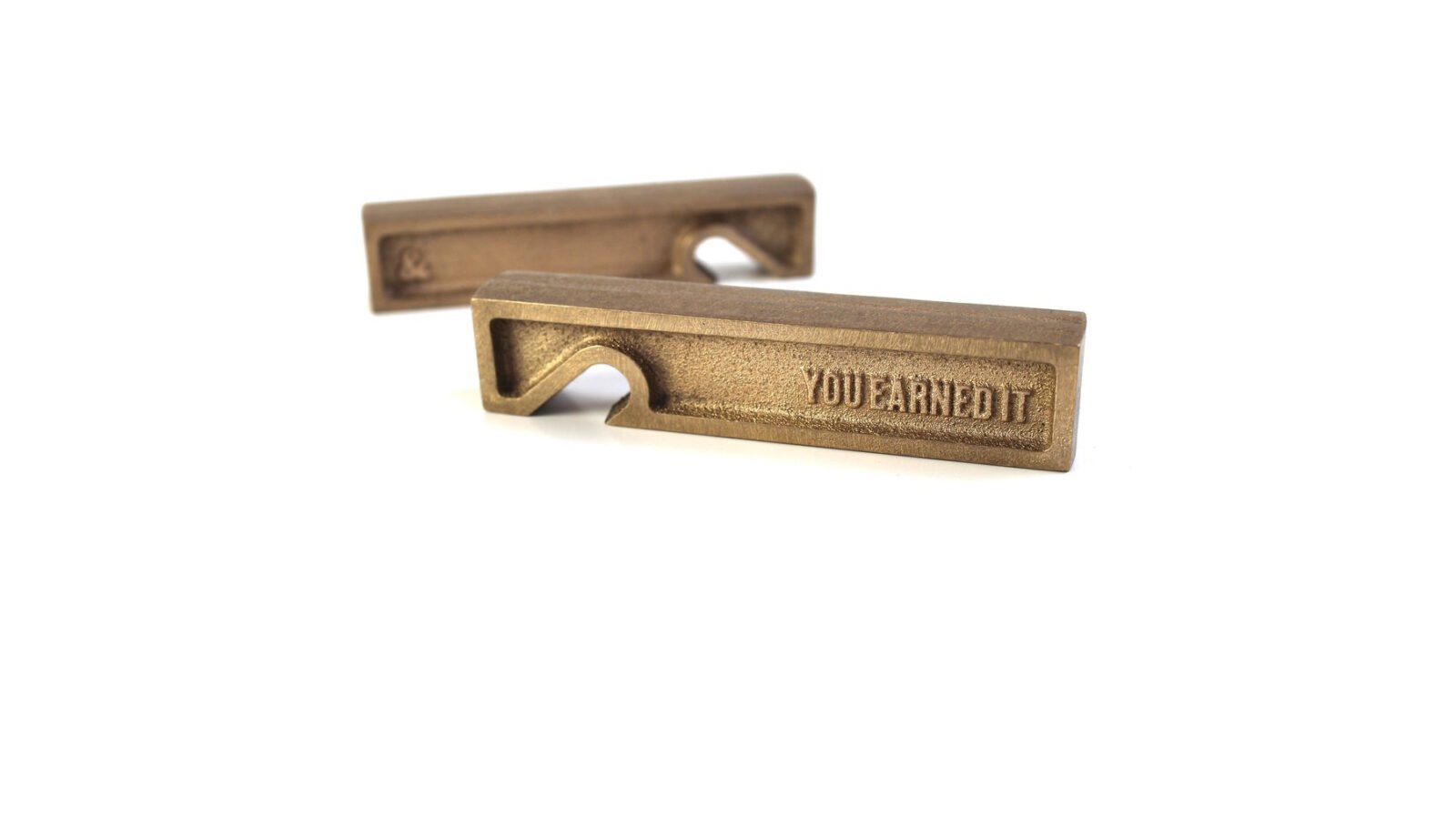 These 1/2 pound solid brass bottle openers are made in the USA using traditional sand casting techniques, before being tumbled and hand polished.

They’re designed to be a buy-it-for-life item that’ll open every bottle of beer you ever drink at home, and they include a handy piece of encouragement cast into the side. Although if you’re anything like me, you don’t need any encouragement at all. 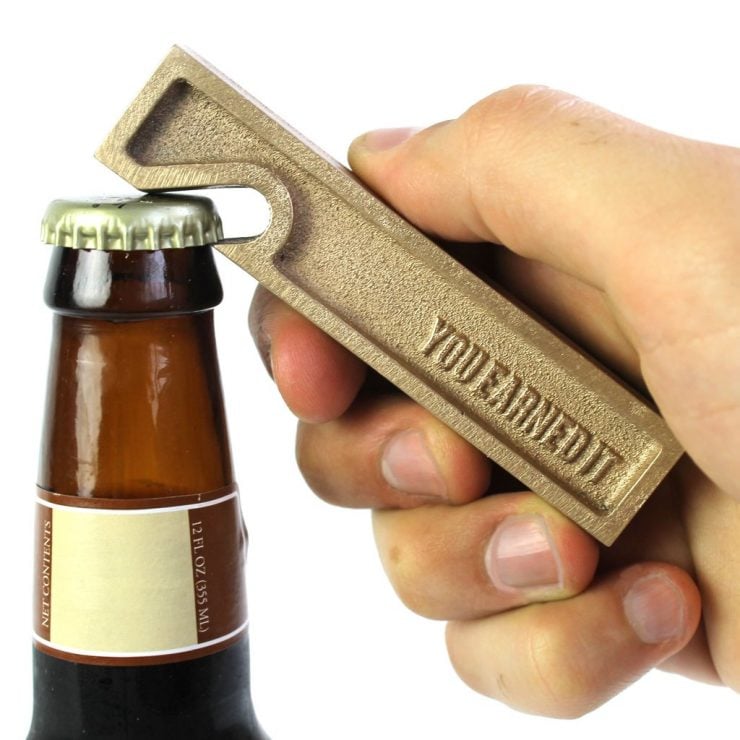