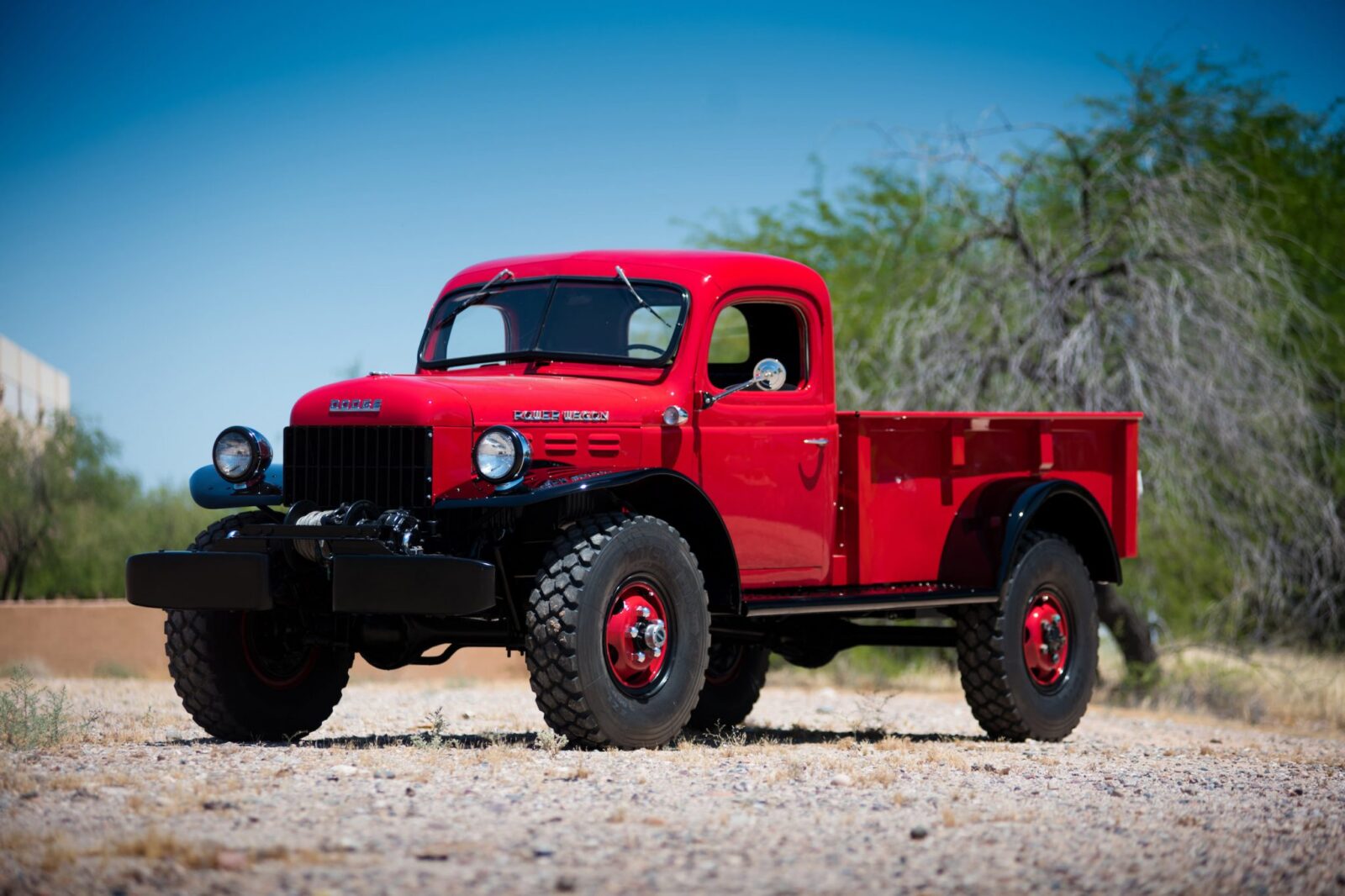 A Short History of the Dodge Power Wagon

The Dodge Power Wagon was introduced in 1946 shortly after the end of WWII as the more refined civilian version of their tough-as-nails Dodge WC series 4×4 military trucks. During the war the Dodge WC had been equipped as everything from weapons platforms to ambulances, there were 38 variations in total, but all shared approximately 80% of the same parts to simplify production and repairs.

Dodge had been building civilian trucks since 1914 and were keenly aware that there would be strong demand for a 4×4 truck with a large load carrying capability and front/rear power takeoff to power agricultural machinery and auxiliary equipment. A similar concept was soon to be developed in Britain called the Land Rover, albeit with less load carrying ability.

Dodge marketed the Power Wagon as a “self-propelled power plant” thanks to its front/rear power take-off, and customers could order an optional front-mounted winch that also operated off the PTO system. The Power Wagon proved to be immediately popular with farmers, but its utilitarian nature meant that it was also a popular choice for snow ploughing, towing, and payload delivery – particularly over difficult terrain. 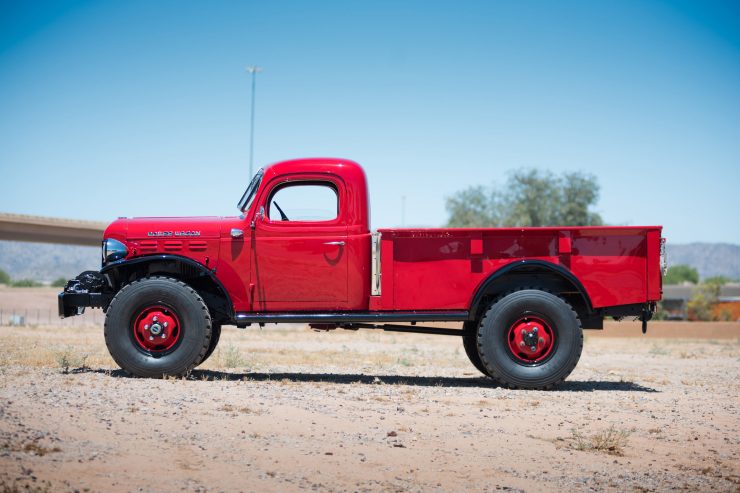 The first generation Dodge Power Wagons were all fitted with the 3.7 litre flathead inline-6 (230 cubic inch), it wasn’t a particularly advanced or economical engine, but it was relatively easy to fix and tough enough to be reliable despite its oftentimes difficult life.

Later generations would be fitted with larger and more modern engines, and the model remained in production until 1980 with consistent updates and improvements. Production ceased for 25 years before a modern version of the Power Wagon was returned to showrooms as a special off-road version of the popular Dodge Ram 2500.

In recent years the popularity of the first generation Power Wagons has skyrocketed. Trucks have always been popular in America, and the lure of vintage trucks has seen companies founded that focus 100% of their time on finding, restoring, and upgrading classic American off-road trucks.

The bright red 1947 Dodge Power Wagon you see here has been through a comprehensive frame-off restoration , and it’s still wearing all of its original steel panels including the floor, outer body panels and fenders.

There are few colours better suited to use on the Power Wagon than fire engine red, and this one is shod with a set of brand-new, non-directional Michelin all-terrain tires.

If you’d like to read more about this vehicle or register to bid you can click here, it crosses the auction block with Barrett-Jackson on the 21st to the 24th of June. 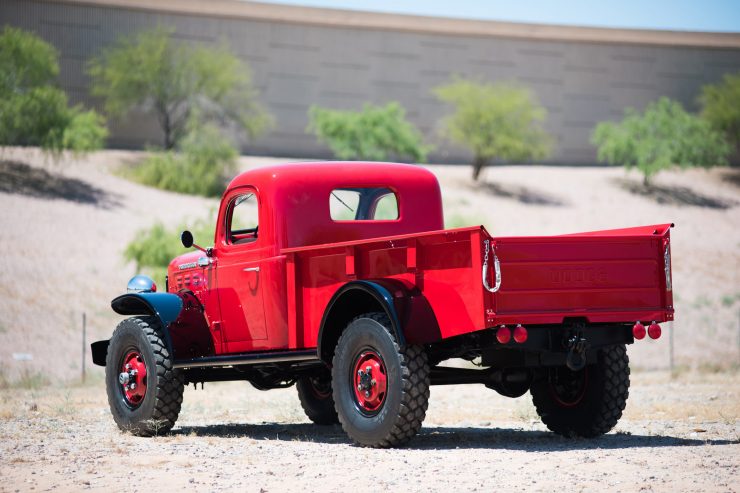 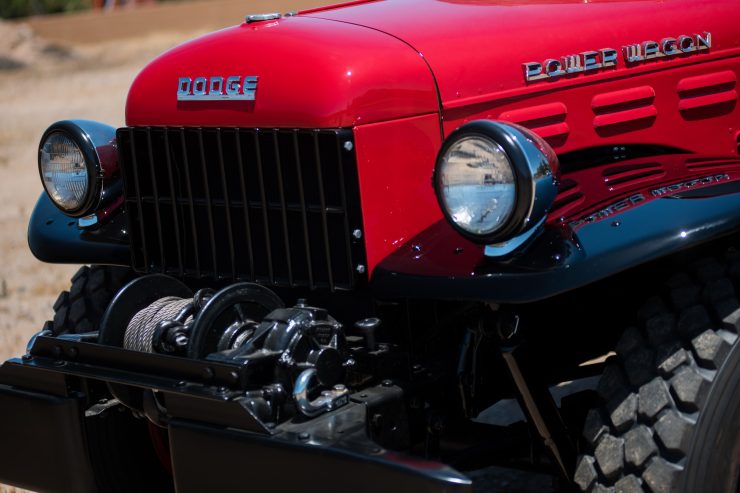 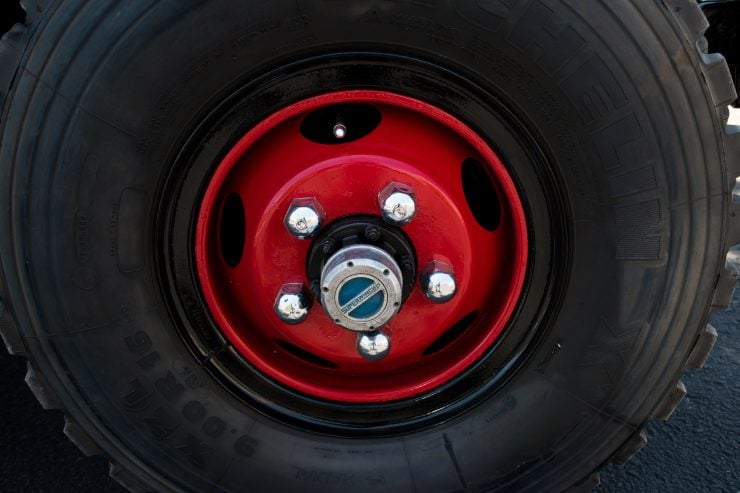 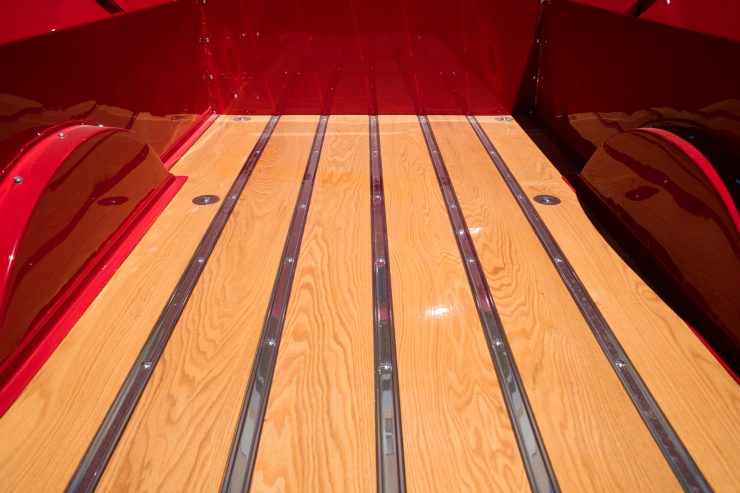 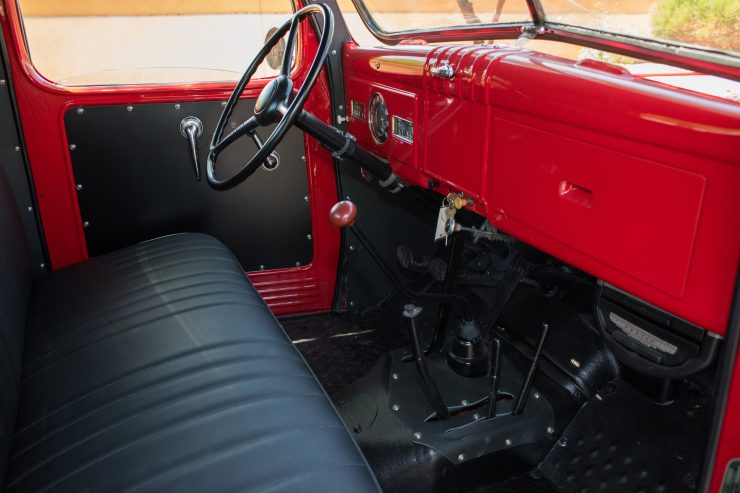 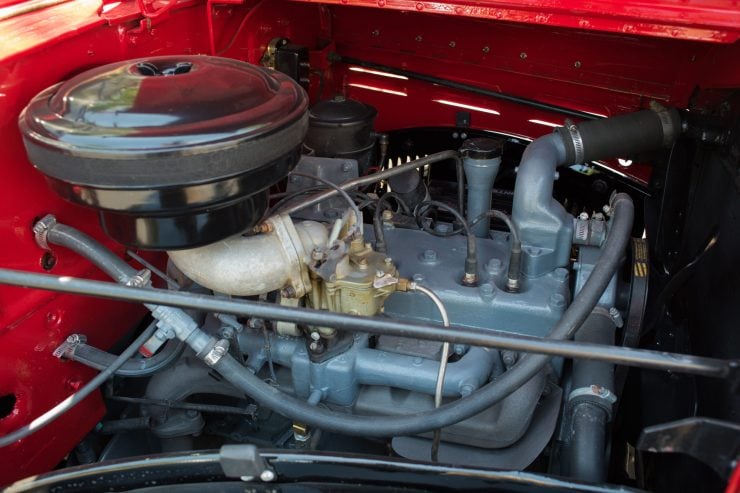 Published by Ben Branch - June 1st 2017
Related Posts
For Sale: A BMW 507 Front End Mounted To A Display Base