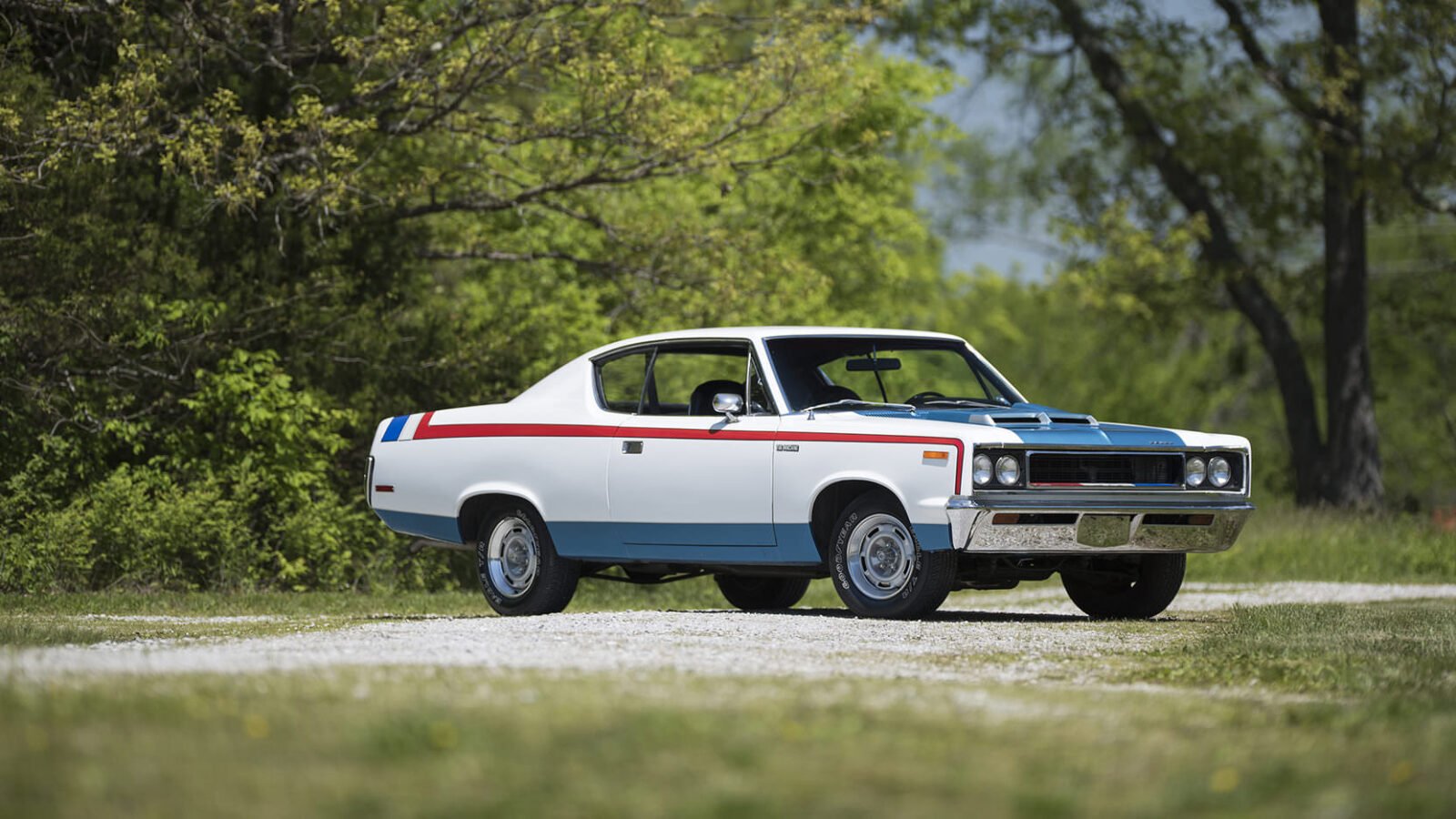 A Short History of the AMC Rebel Machine

The AMC Rebel Machine was introduced in 1970 and would only be available for a single model year, the basic concept of “The Machine” had been around since 1967, with the initial prototype featuring a black body, black wheels, and wide tires – with no stripes, scoops, or spoilers.

The Machine was the result of a collaboration between Hurst Performance Research (led by V.P. David L. Landrith) and American Motors (led by Vice President of Marketing R.W. “Bill” McNeeley).

The marketing value of a halo car like the AMC Rebel Machine was well understood as a tool to get people into showrooms – many wouldn’t actually buy one, but they could be convinced to buy something a little more practical with four doors and better fuel economy.

The goal for the AMC Rebel Machine was to make it one of the best drag racers you could buy off the showroom floor in the USA. It was fitted with a 390 cubic inch, 340 hp V8 with 430 lbf.ft of torque and a 10.0:1 compression ratio requiring high octane fuel.

A 4-speed T-10 manual transmission with a Hurst floor shifter came as standard equipment, although customers could specify a column shift automatic if they really wanted to. The engine is topped by a 690-cfm Motorcraft 4-barrel carburettor, and it offered notably more power than the stock AMC 390 V8 thanks to special heads, a modified valve train, a hotter cam, and a redesigned intake and exhaust system.

Fresh from the dealer floor, The Machine could (with the 4-speed) manage a 14.44 second 1/4 mile (at 104 mph), and it could do the 0-62 mph dash in 6.4 seconds. Not many unmodified cars in the USA could match these figures, and it would be years till similar numbers became commonplace.

Over the single year of production just 2,326 Rebel Machines were built, and they’re now seeing escalating interest from collectors – particularly original, unmodified examples like the one you see here.

Of all the Rebel Machines just 1,000 were made with the now legendary red, white, and blue color scheme. It has the correct “The Machine” branding on the trunk lid, dashboard, and on both front quarter panels.

Each Machine was fitted with a set of “Machine” steel 15-inch x 7-inch wheels that were designed to look as much like cast alloy wheels as possible, with a painted silver metal-flake finish with a rough texture – to make them look like magnesium alloy.

Importantly, the car is fitted with the much preferred 4-speed manual, as well as the air induction hood – and all of its original sheet metal is in place. The car is due to roll across the auction block with Mecum on the 20th of July in Denver, Colorado – it’s likely to attract significant interest from collectors, particularly those who like the idea of vintage drag racing.

If you’d like to read more about the car or register to bid you can click here to visit the listing on Mecum Auctions. 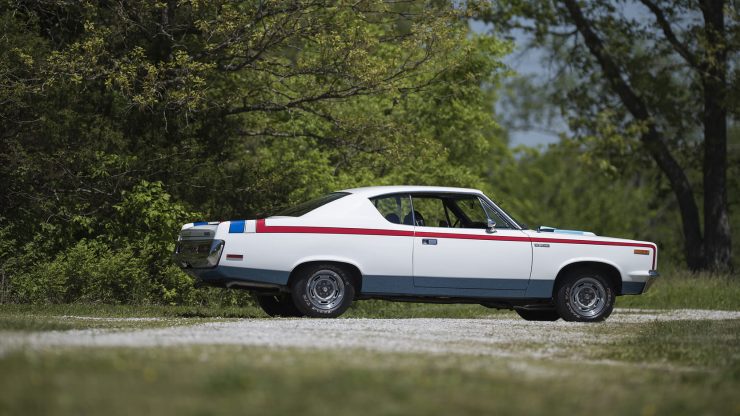 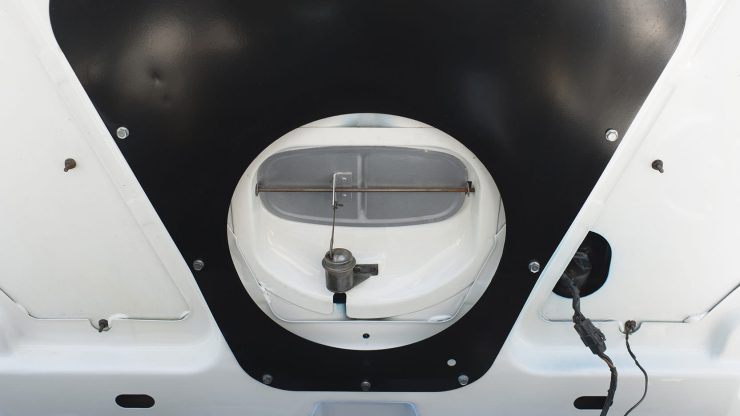 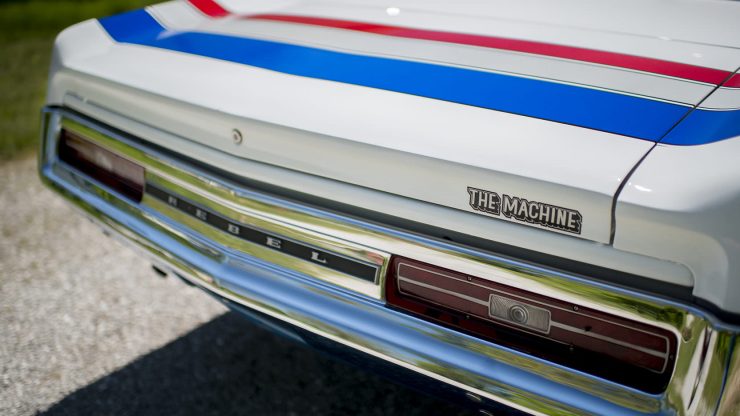 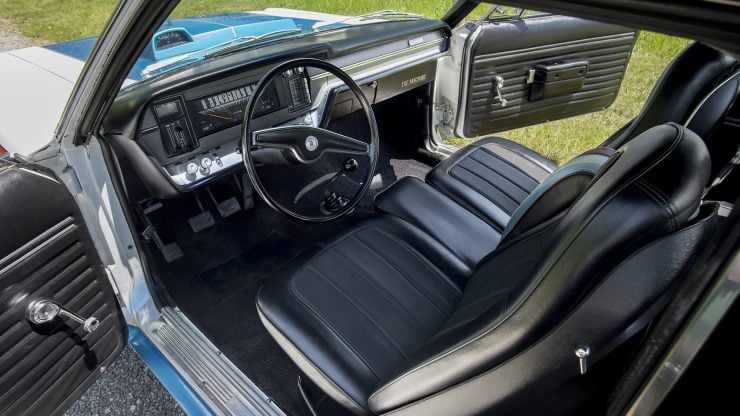 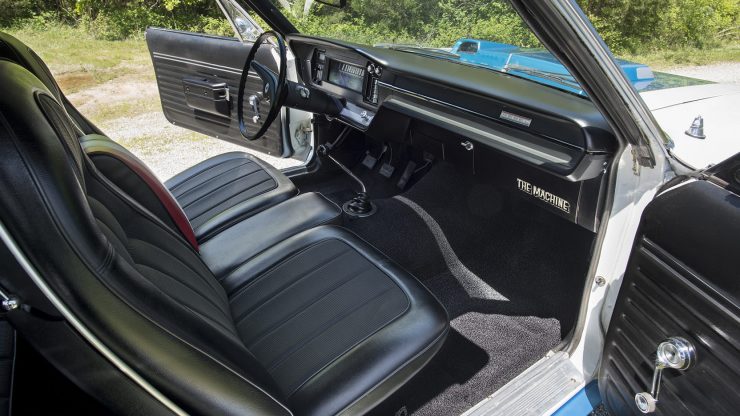 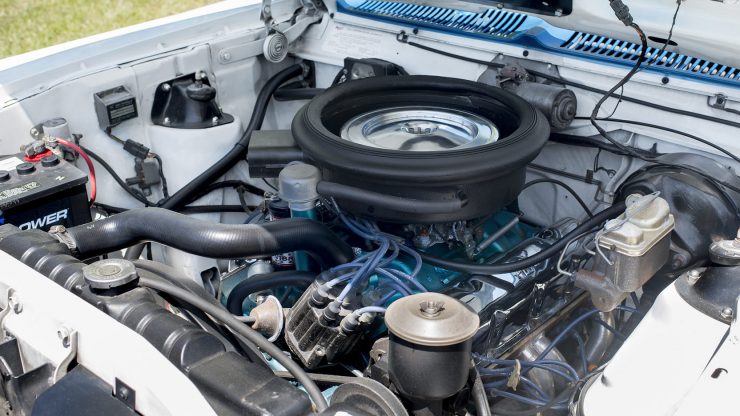 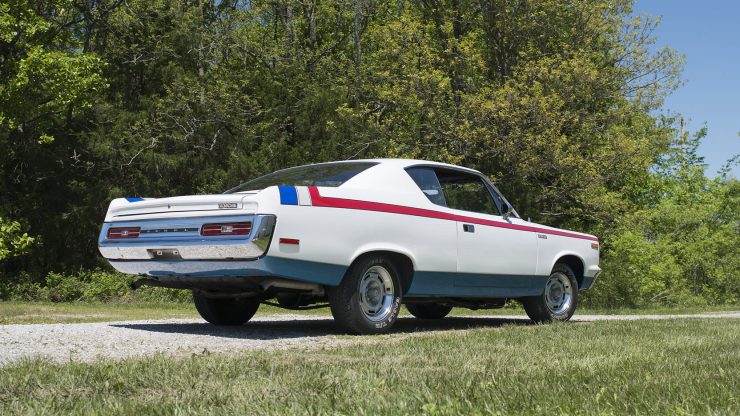 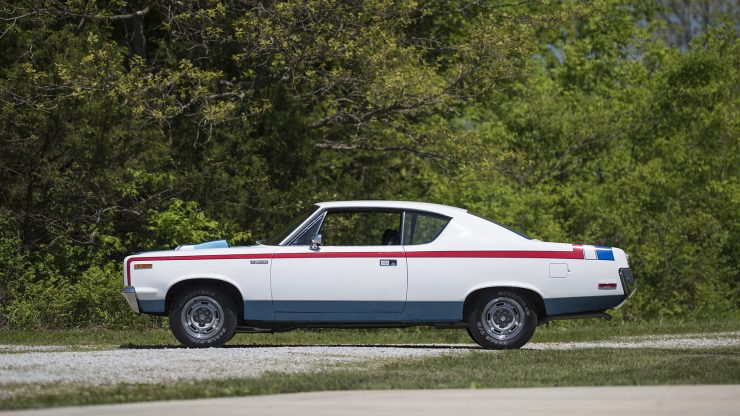 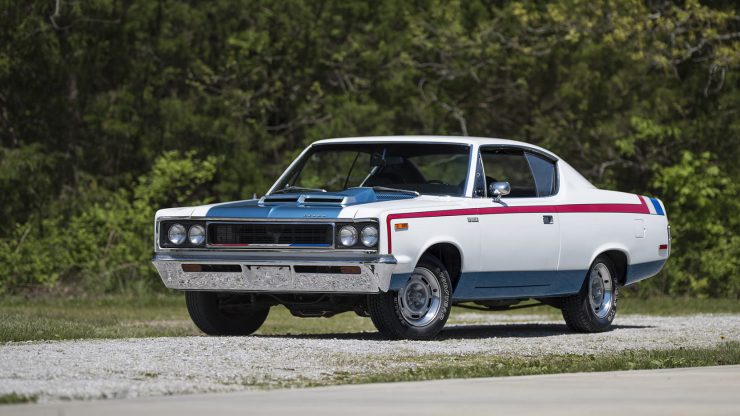 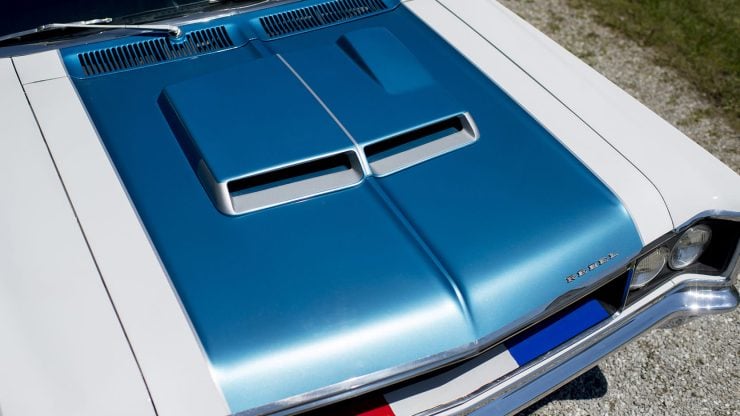 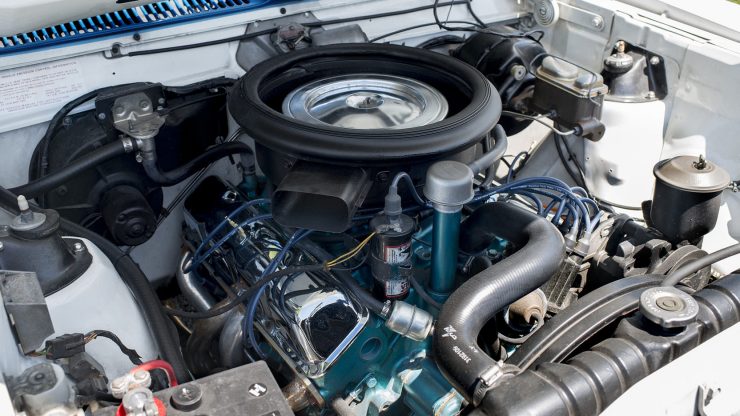 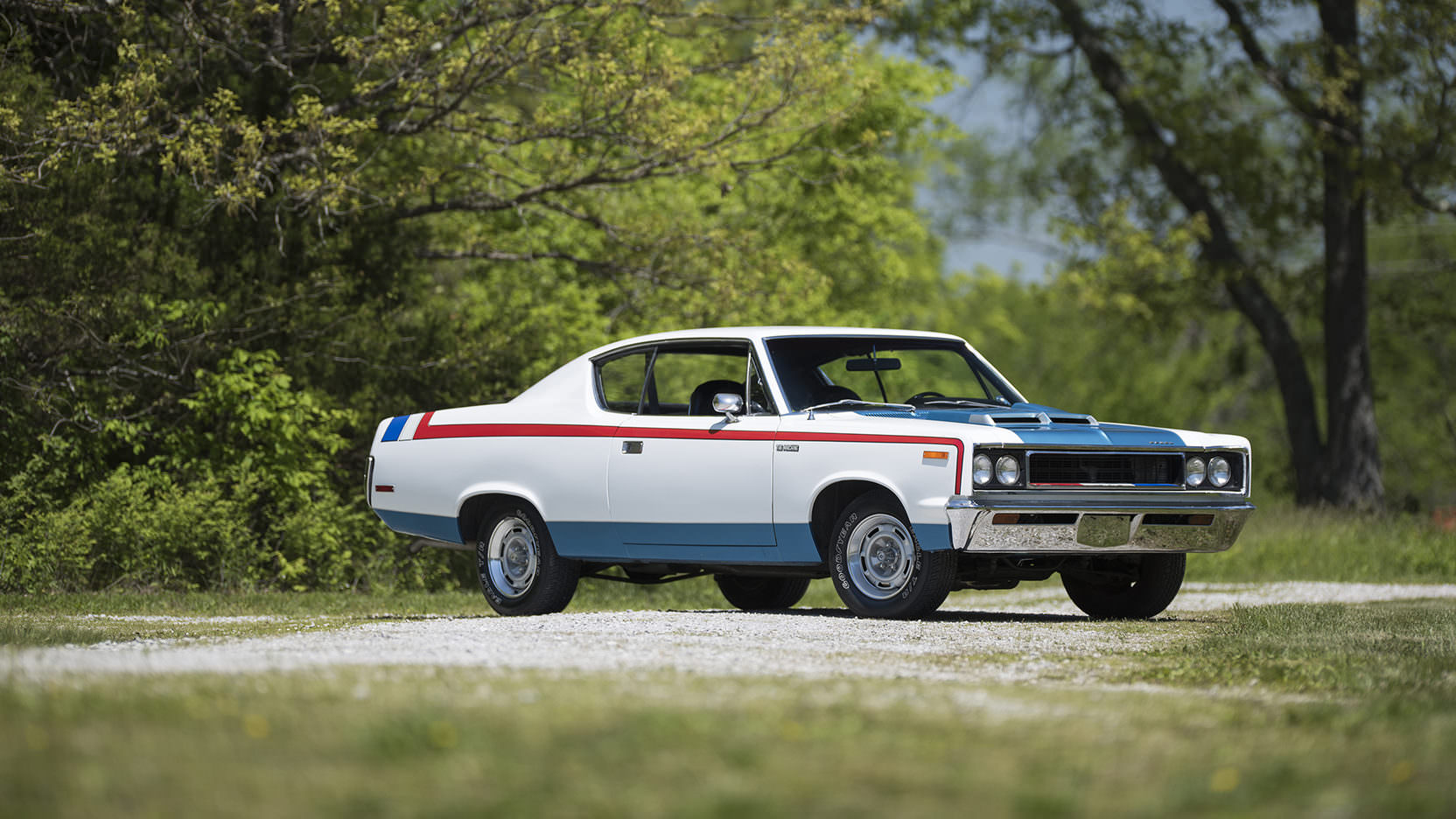