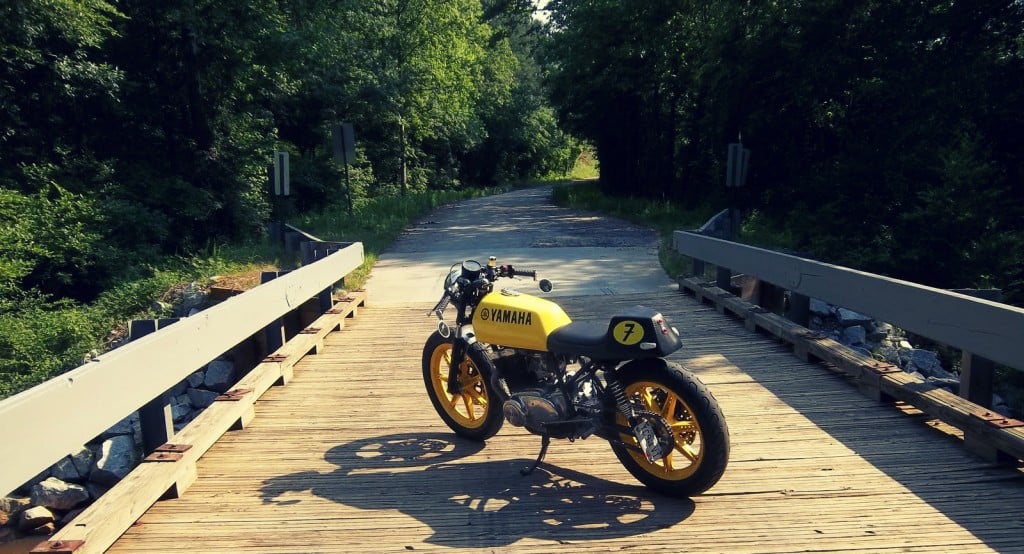 The bulldozer outside the kitchen window was quite a big one. He stared at it. “Yellow,” he thought and stomped off back to his bedroom to get dressed.

I doubt many will get the quote above, but those who do will have a chuckle. I’m not sure why we’ve featured 3 bright yellow motorcycles in the past week but I just couldn’t pass up the opportunity to have this dramatic XS500 up on Silodrome.

The bike has come a hell of a long way from stock, the original twin cylinder has a DOHC with 8 valves and is capable of 110mph so it’s a surprise that we don’t see more cafe racer builds using this model as the platform.

The team at Karnage Kustoms pulled the XS500 to pieces and went over each element, reducing weight and tossing unnecessary parts, the bike is fitted with R-1 rear sets, a stack of cafe racer equipment from Dime City Cycles, the carburettors have been rebuilt and the engine has been thoroughly sorted.

You can read more about the bike here as well as see the “before” picture, or you can check out the eBay auction here. 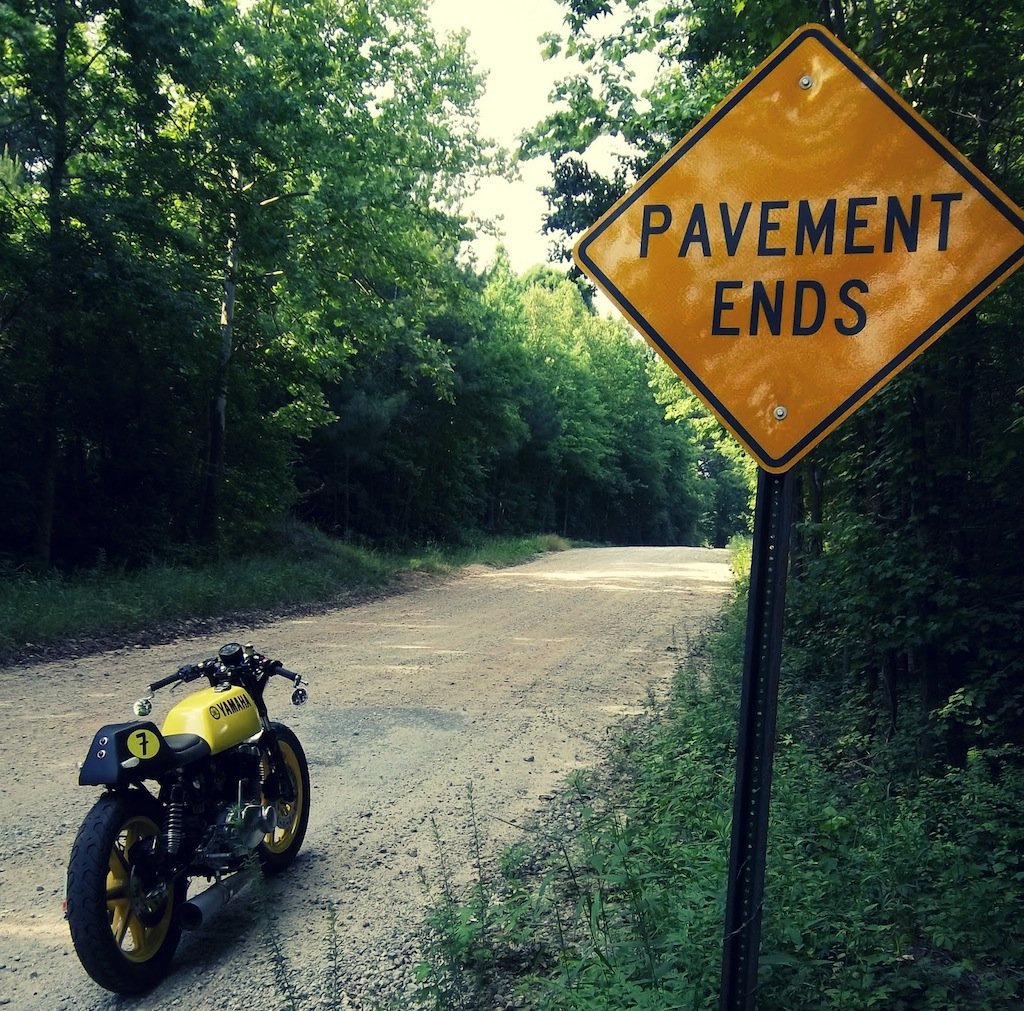 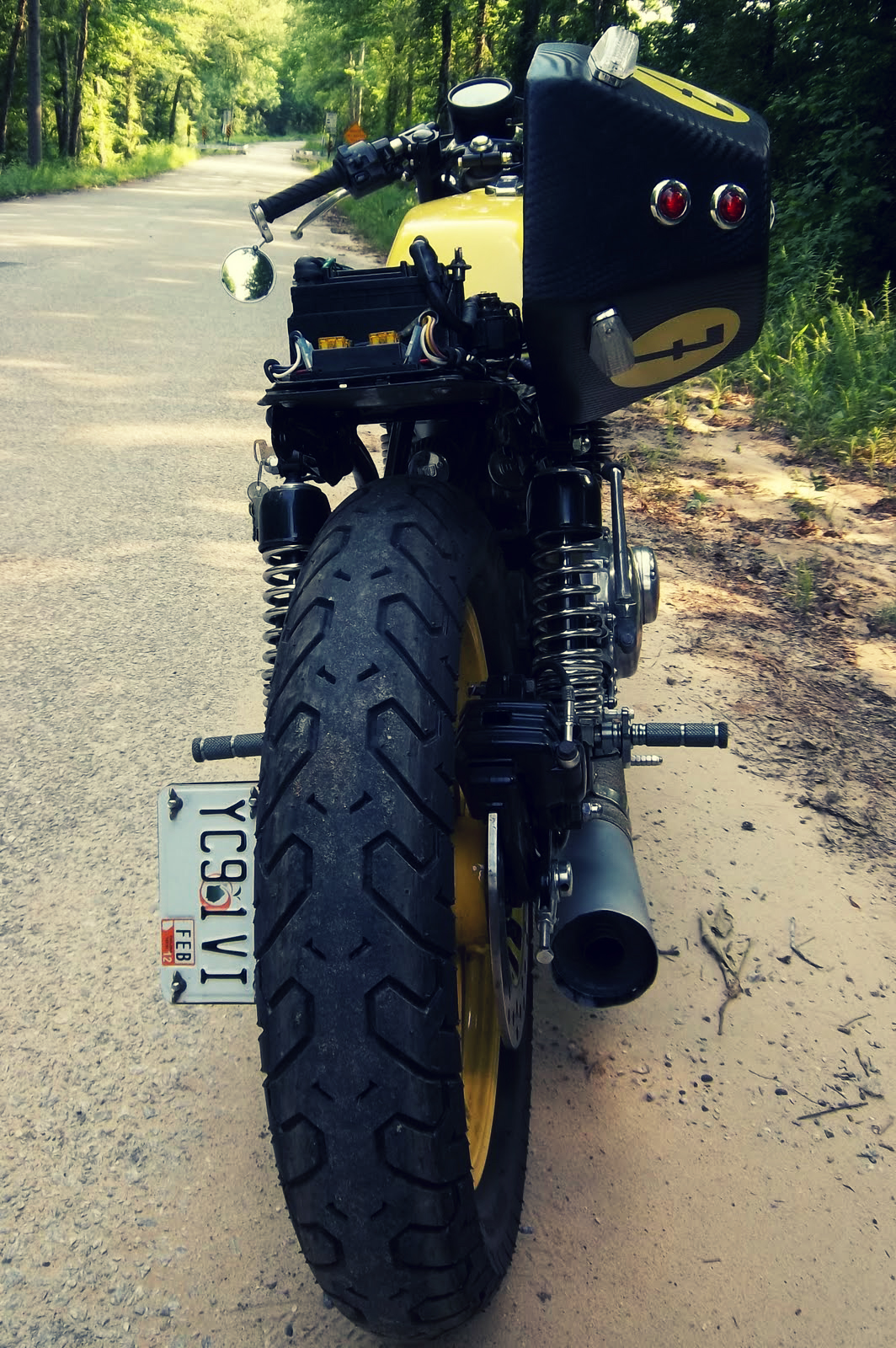 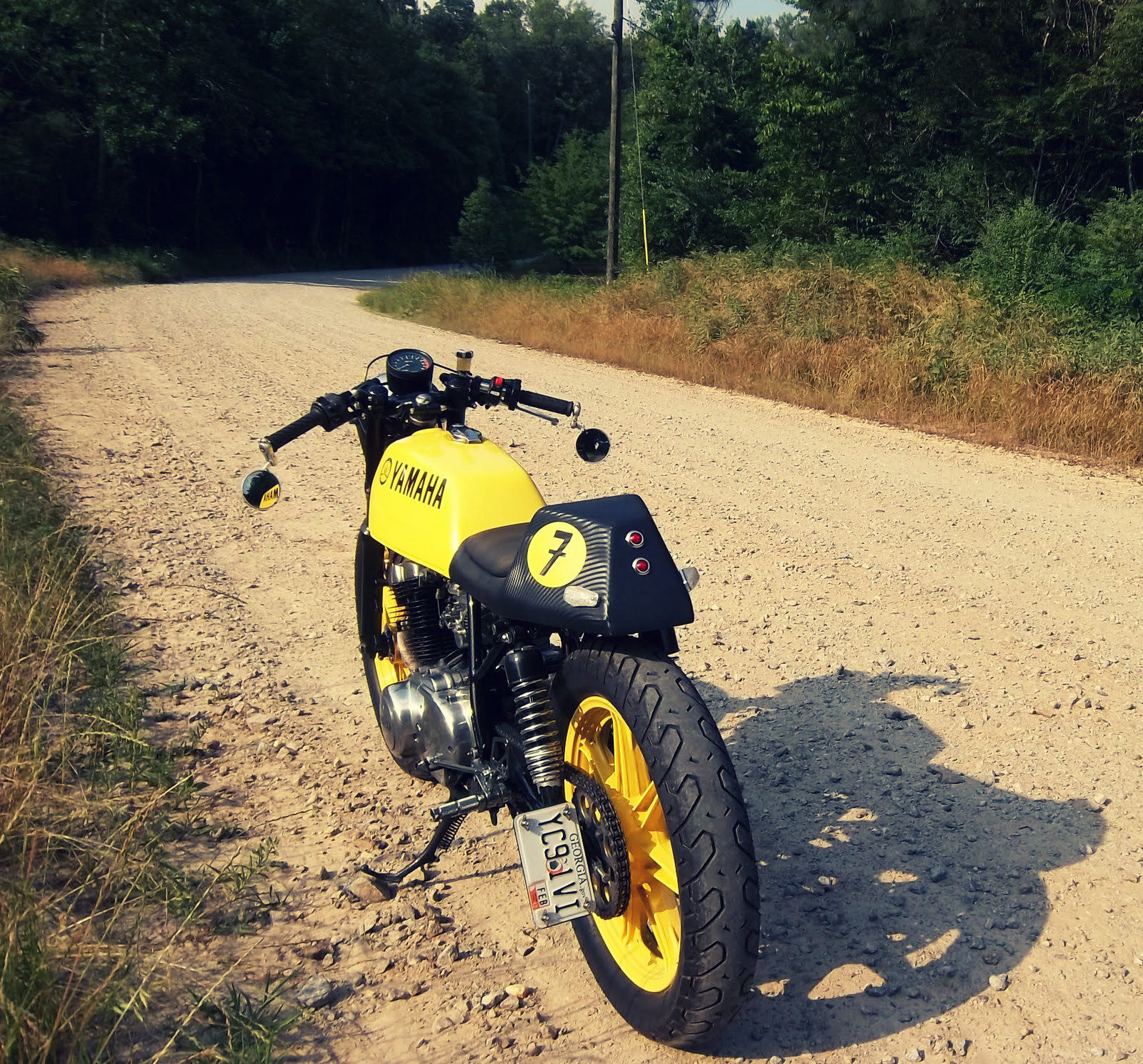