It seems a shame that this clip is only 0:48 seconds long, seeing people skiing down a mountain being pulled by a Porsche 550 Spyder, Porsche 356, assorted Triumphs and other motorcycles is genuinely incredible.

I shudder to think what would happen if you arrived at an Alpine skiing village in a 550 nowadays and insisted on making a run down the double black diamond. 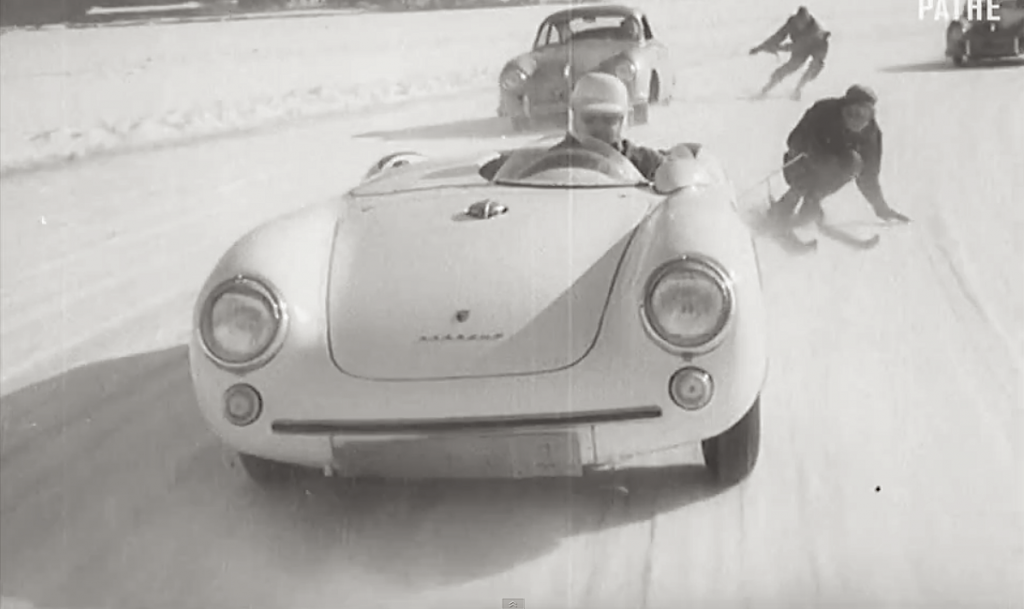 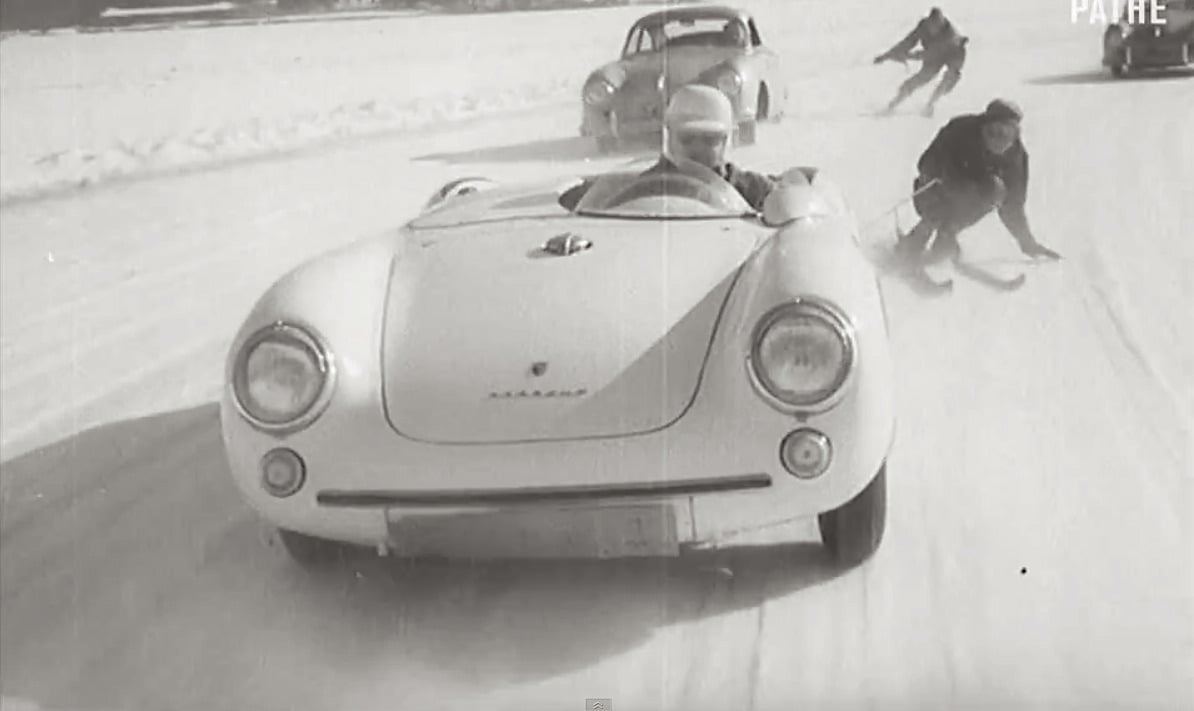