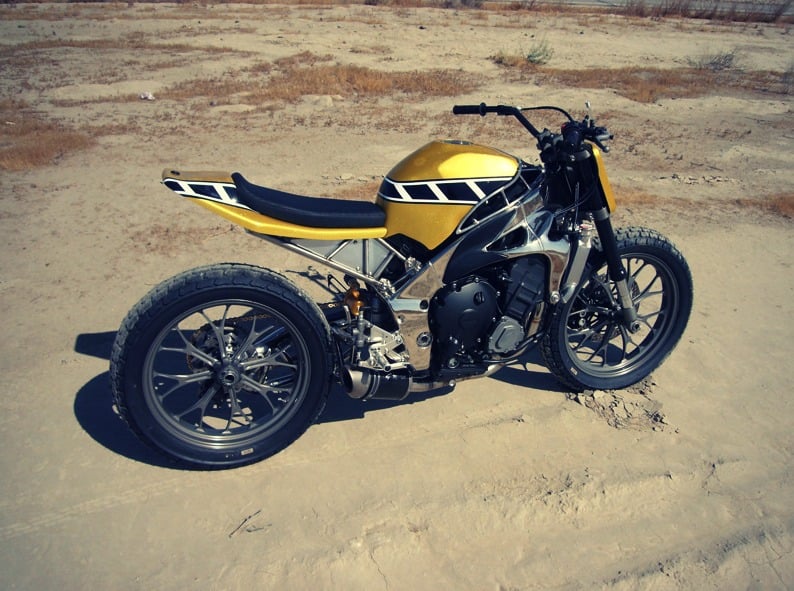 In the world of custom motorcycle building you occasionally stumble across something so utterly mad that it makes you pause for a moment. This bike, a Yamaha R1 Flat Tracker built by Gregg’s Customs, is a brilliant example of what talented men can achieve if left alone in a garage for a few weeks with some tools and a fridge full of beer.

This bike started life as a 2009 factory spec Yamaha R1 before being picked up by the team at Gregg’s Customs and pulled to bits. The rear subframe was tossed as were all the plastic fairings and the original swingarm. They then set about fabricating a custom swingarm, front light/number plate, they took the original fuel tank and sliced it down to a more manageable size, then added a bespoke titanium rear subframe and a pair of chunky flat tracker tires. 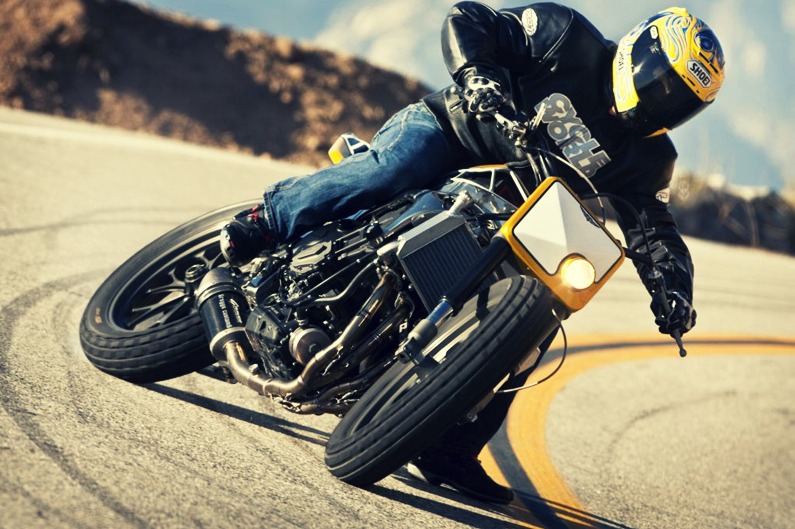 The end result is a 160hp Kenny Roberts tribute flat tracker that can accelerate so fast it leaves a vacuum vortex in its wake. Now although I’m convinced that I’d put myself into a wall if I ever got to have a ride on this bike I should tell you that it’s currently for sale on eBay with a buy it now price of $25,000. That seems like a fair asking price for a bike capable of making grown men curl up and whimper in the fetal position.

Check out the eBay auction here. 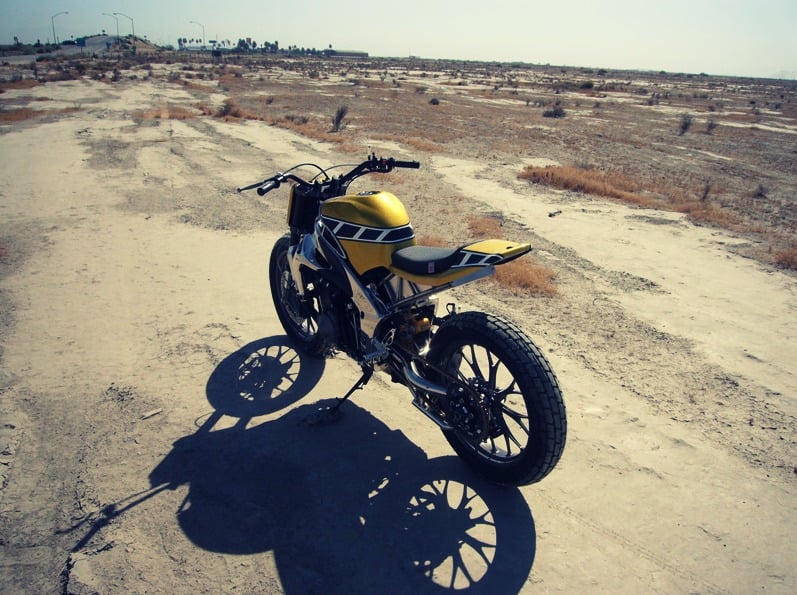 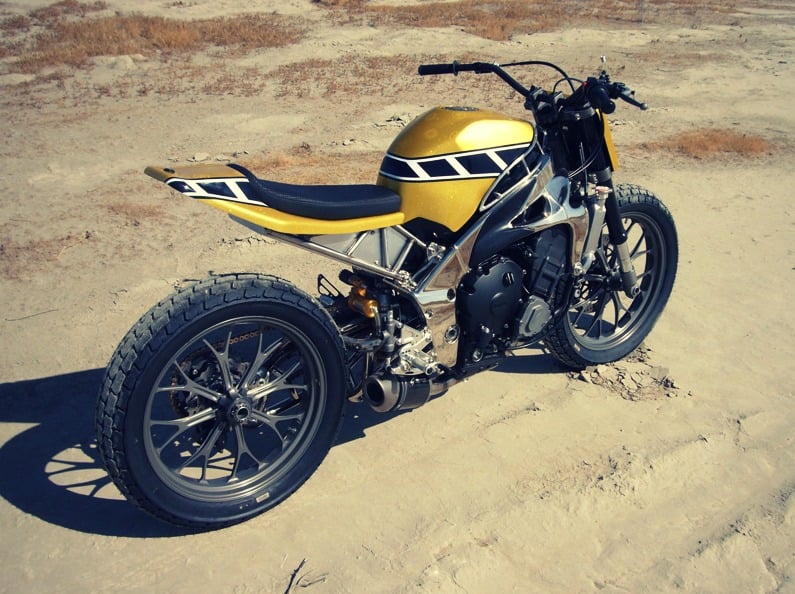 Additional information via Cycle World and The Kneeslider.