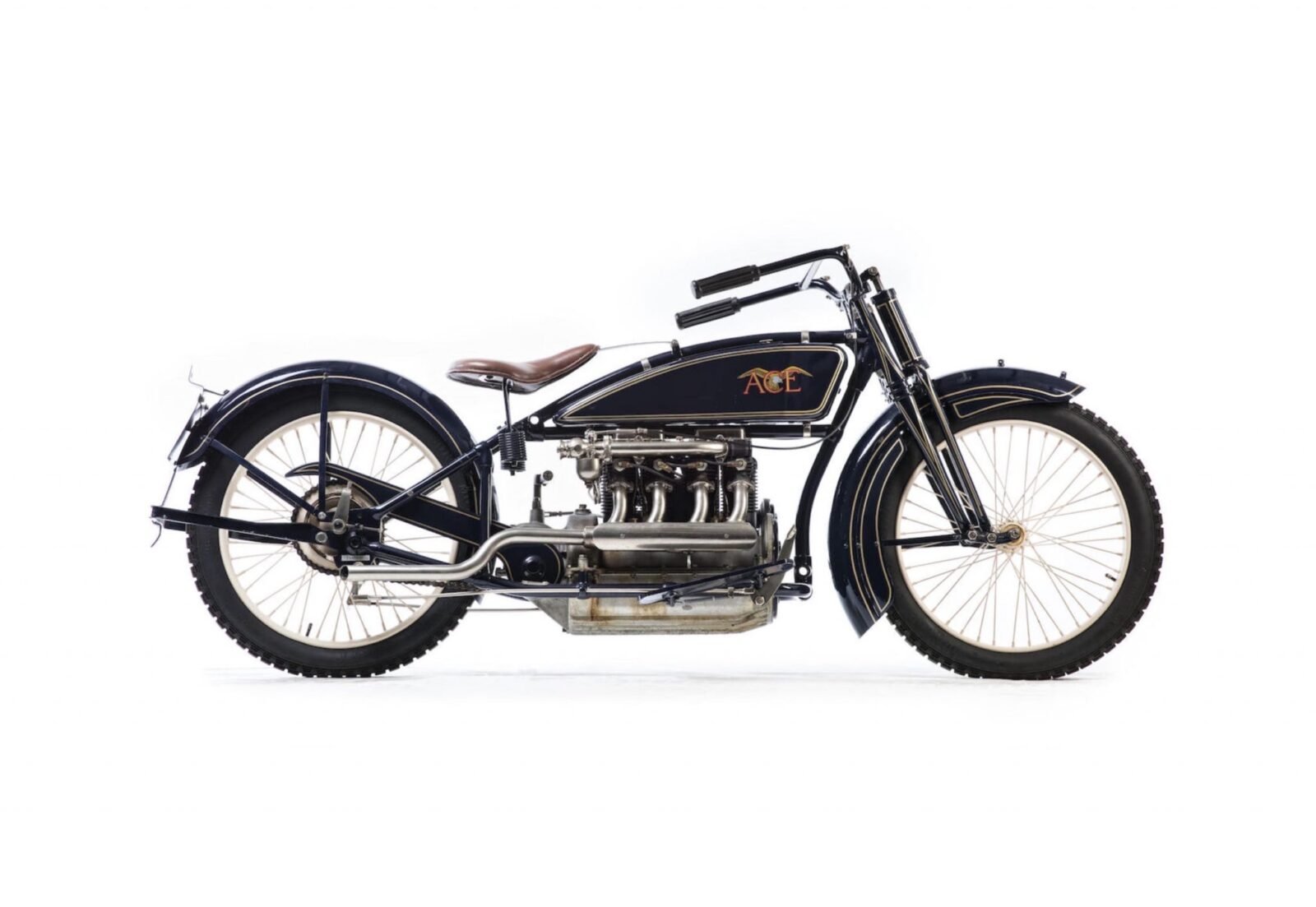 Ace was founded in 1919 by William G. Henderson – an American engineer and motorcycle designer who had previously founded Henderson Motorcycle, which he had sold to Ignaz Schwinn’s Excelsior Motor Manufacturing & Supply Company in 1917.

William carried on working at Excelsior for just under 2 years before differences in opinion resulted in him resigning and deciding to go it alone once again – this time with significant personal wealth from the sale of his first motorcycle marque. His new company would be called the Ace Motor Corporation and it would use a newly designed inline-4 that was similar to Henderson’s previous engine designs – but carefully avoided any patent infringements.

The new Ace motorcycle was known as the Two-Wheeled Duesenberg due to its performance ability and exceptional engineering. In order to drum up interest in the new motorcycle the new company recruited Erwin G Baker out from under the nose of Indian for a “cannonball run” across the United States. Erwin set a new transcontinental record on his Ace of 6 days, 22 hours, 52 minutes, – smashing the then current record that had been set on a Henderson – also designed by William.

The new Ace Four engine utilized and F-head (inlet over exhaust) with very similar valve gear to the original Henderson design, with a swept capacity of 1220cc the engine can produce 16hp at the rear wheel and is rumoured to be capable of 75mph in the right hands – although you’d need to be a brave individual to manage that. The Ace uses a chain final drive, after power has passed through the 3-speed hand-shift transmission

Tragically, William Henderson was killed in a collision with a car in 1922 while testing the Ace Sporting Solo in Philadelphia. He was just 39 years old, and his death was an ultimately fatal blow to his company too – which struggled on for 2 years before being eventually being bought by Indian in 1927. Indian rolled the inline-4 into their own production bikes for a number of years before finally settling on the V-twin.

Almost 100 years after his death, Henderson’s passion for the inline-4 motorcycle engine has proven to be remarkably forward thinking. Many of the world’s fastest superbikes have used the configuration – albeit after rotating the engine 90 degrees into a transverse orientation rather than longitudinal.

The Ace Four you see here is due to be auctioned by Bonhams on the 19th of September with an estimated value of between £35,000 and £40,000 – making it a tidy investment for the right collector. I just hope they ride it occasionally. 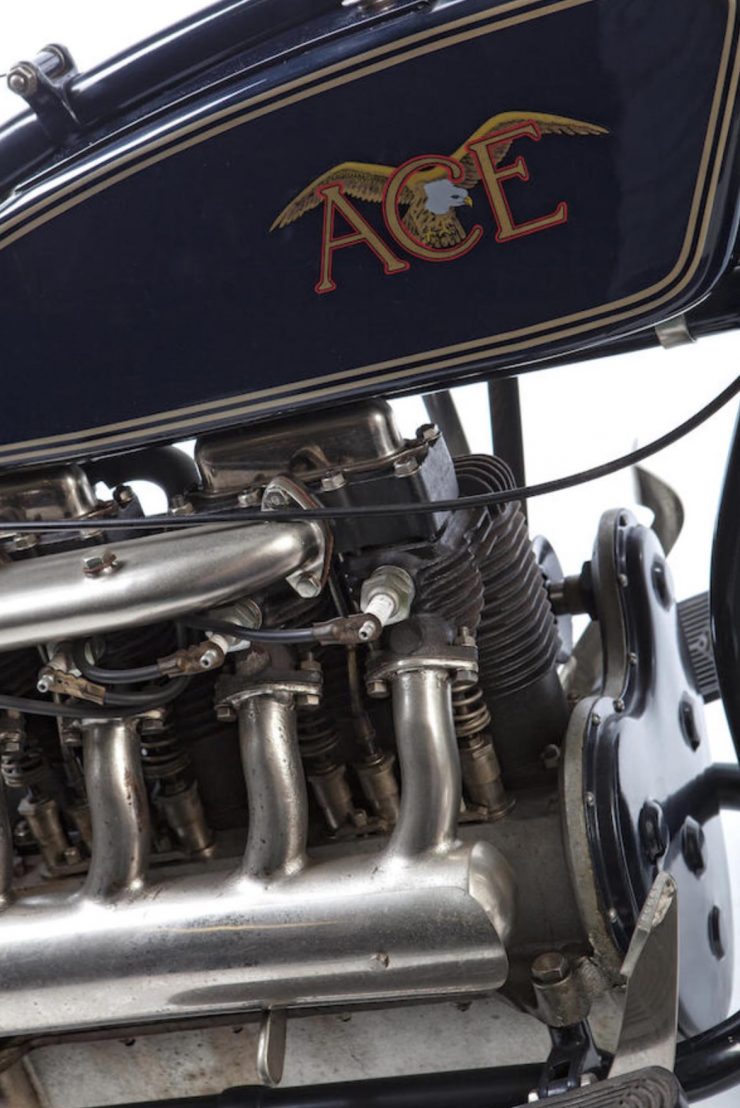 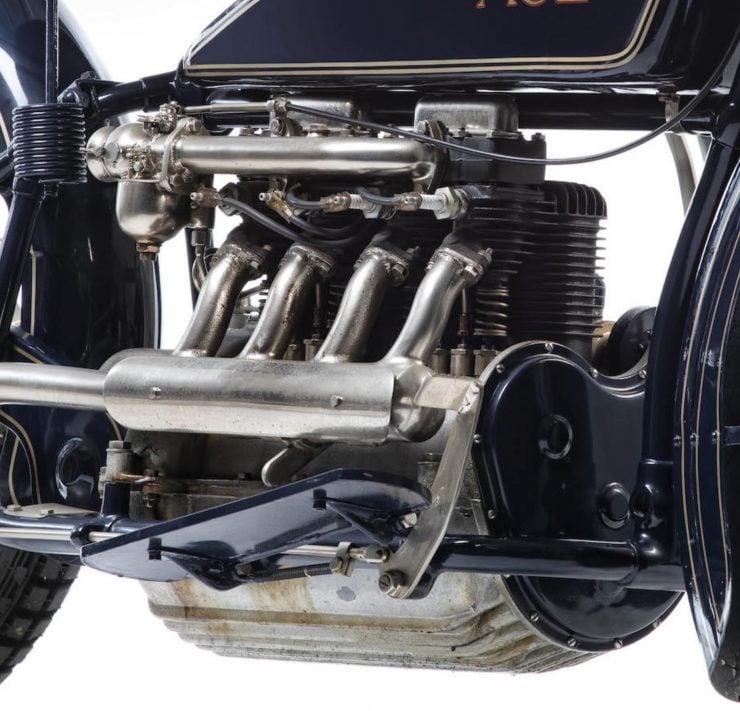 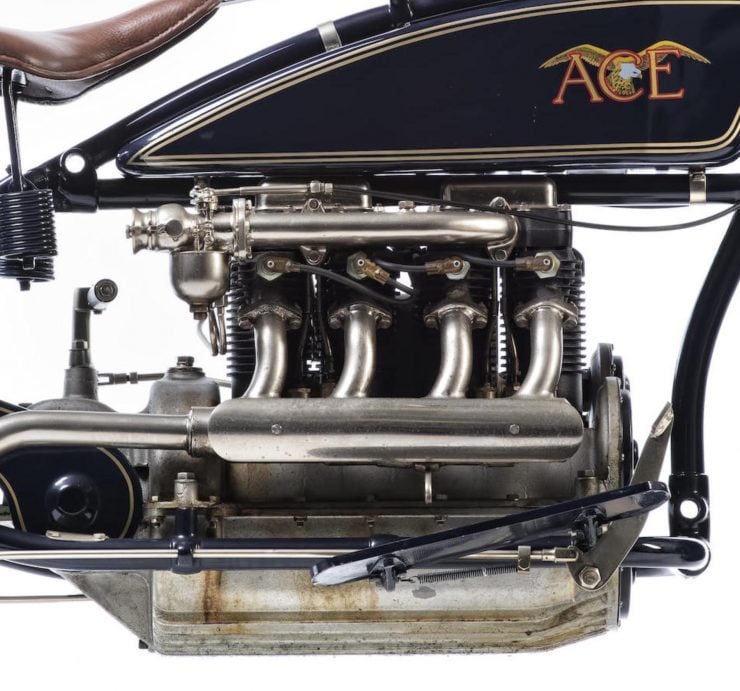 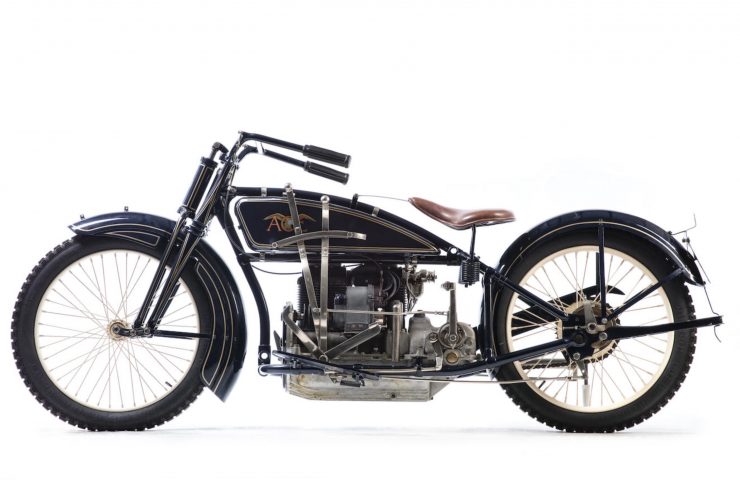 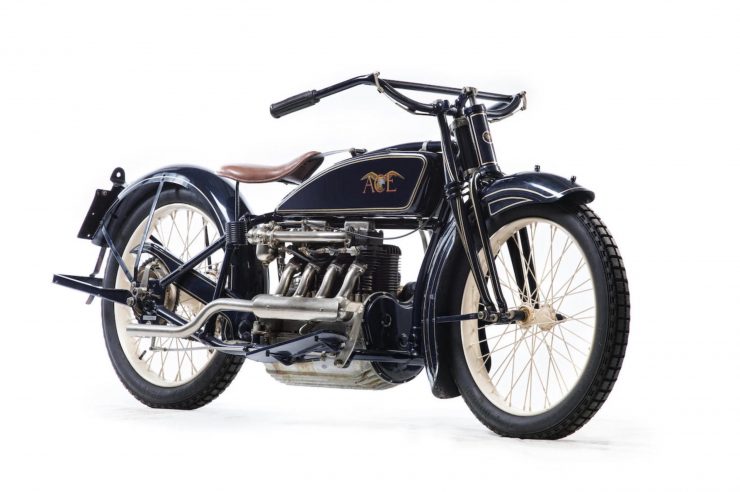 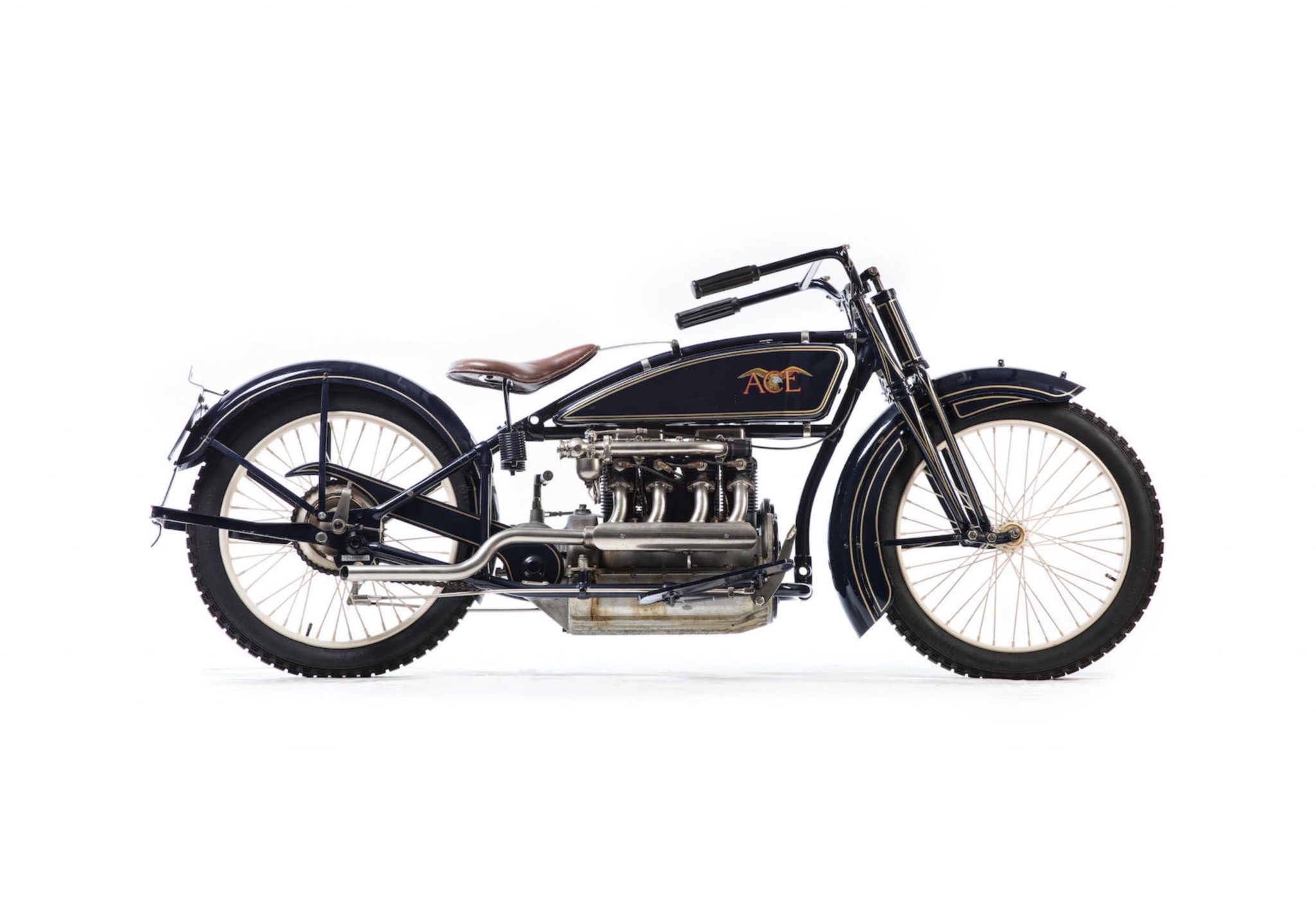