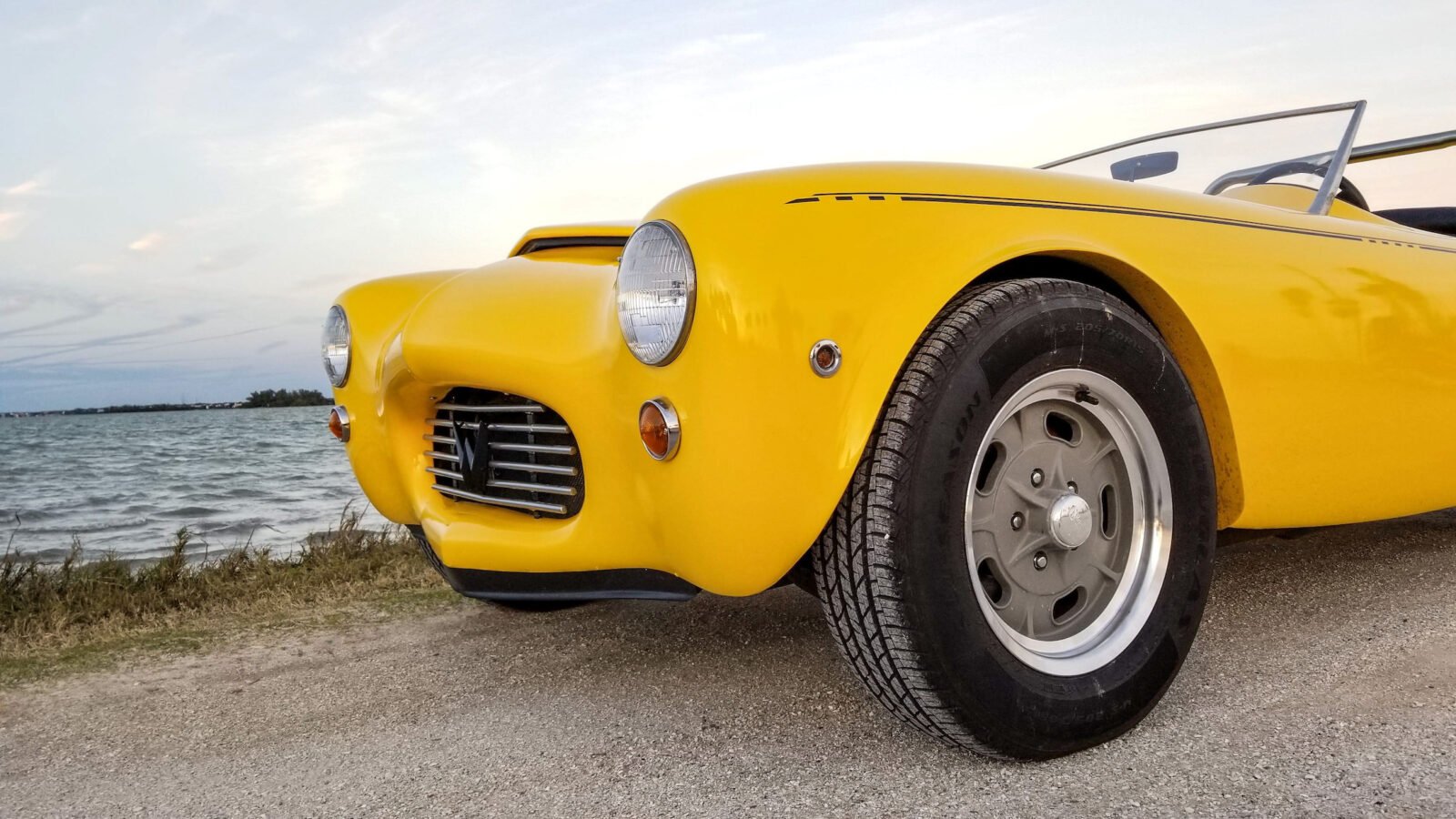 The Woodill Wildfire is considered by many to be the first production fibreglass sports car in the world, it was very nearly mass-produced by Willys as the “Willys Wildfire” and mass-produced as a contemporary of the first Chevrolet Corvette.

If it hadn’t been for Kaiser Motors buying Willys in 1953 the history of the company now remembered for the Willys Jeep may have been very different indeed.

The early 1950s were an exciting time for fibreglass cars, the still-new material seemed miraculous as it allowed complex 3D shapes to be moulded using basic equipment and very little specialist training. This was a far cry from the high skill level and cost required to work steel or aluminum into similar shapes.

The Woodill Wildfire and the Glasspar G2

Fibreglass proved to be light, strong, cheap, and easy to work with – some have called it the carbon fibre of the time and it’s an apt comparison.

Some of the first cars made with fibreglass came out of the United States including the Glasspar G2 designed by Bill Tritt, the G2 is often named as the first production fibreglass sports car and it’ll be no surprise that there’s some controversy over who exactly was first, and what constitutes a “production car”. 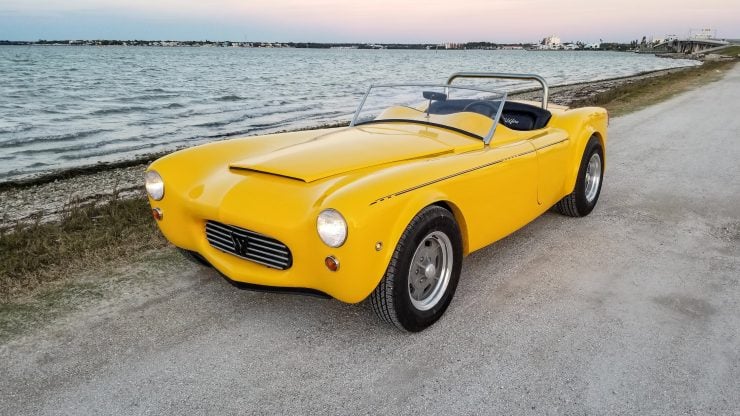 The visual similarity between the Glasspar G2 and the Woodill Wildfire is no accident, car dealer Robert “Woody” Woodill came to an agreement with Tritt to buy Glasspar bodies and fit them to chassis, then sell them as production cars.

Woody was a Dodge and Willys dealer at the time, so he chose Willys running gear and used a chassis developed by Harold “Shorty” Post, a well-known hot rod builder. The Glasspar body was modified to give it a unique appearance, and the new Woodill Wildfire was first shown to the general public at the 1952 Motor Trend Motorama Show in California and it was on the cover of the August 1953 issue of Motor Trend Magazine.

The original plan had been to sell them as complete cars to compete with the sports cars coming across the Atlantic from Britain and Italy. This was upended when the executives from Willys saw the new sports car and realised it was using a Willys drivetrain and running gear. They loved the car so much they had it flown to the company headquarters in Toledo, Ohio in the back of a cargo plane.

Plans were made to put the Wildfire into production as an official Willys car, if the plan had worked out the Wildfire would have competed with the first Corvette and depending on the price point it could very well have changed the direction of the declining fortunes of the storied American automaker. 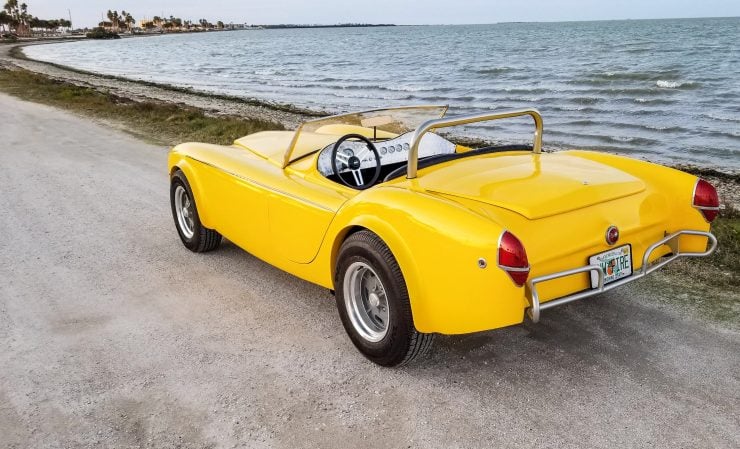 Sadly it wasn’t to be, Kaiser bought Willys within a few months, and they already had the fibreglass-bodied Kaiser Darrin planned for production. The Wildfire project was cancelled but Woody refused to give up on the idea, he reworked the car to accept Ford running gear and sold it as a kit to fit a late-1930s Ford chassis. Other variations were offered including turn-key production cars, approximately 15 of these were produced as well as almost 300 kits.

The Woodill Wildfire has been slowly gaining more and more fame in recent years along with its fibreglass contemporaries from the 1950s. Some examples of these cars appeared at the 2015 Amelia Island Concours d’Elegance and their values seem to have been slowly climbing, making them an unexpected dark horse in the world of collector cars.

The car you see here is one of the better-known Woodill survivors, it was originally built by Larry Frank in California in the 1950s – Larry kept the car until his passing in 2013. In the 1970s Larry did a full rebuild of the Wildfire making it a performance powerhouse with (mostly) Corvette components.

Here’s some of what he did: 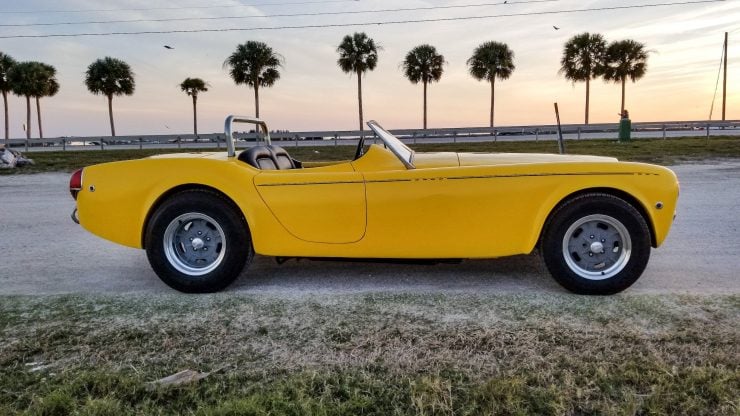 Some of the upgrades that have been done since include:

The car is now for sale via the team at Undiscovered Classics, the asking price is $49,750 USD and you can click here if you’d like to read more about it or enquire about buying it. 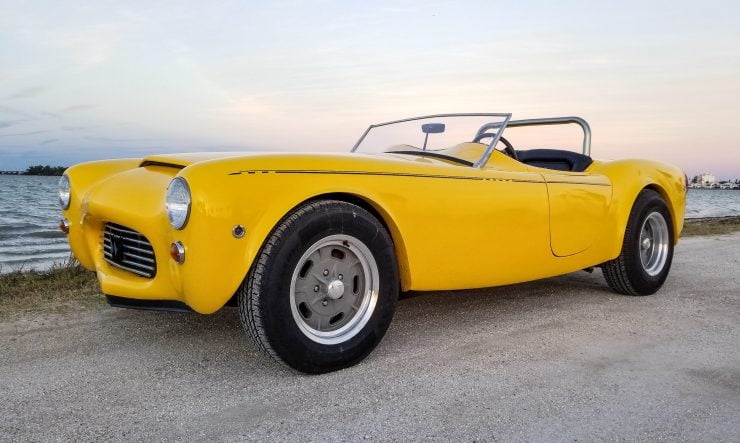 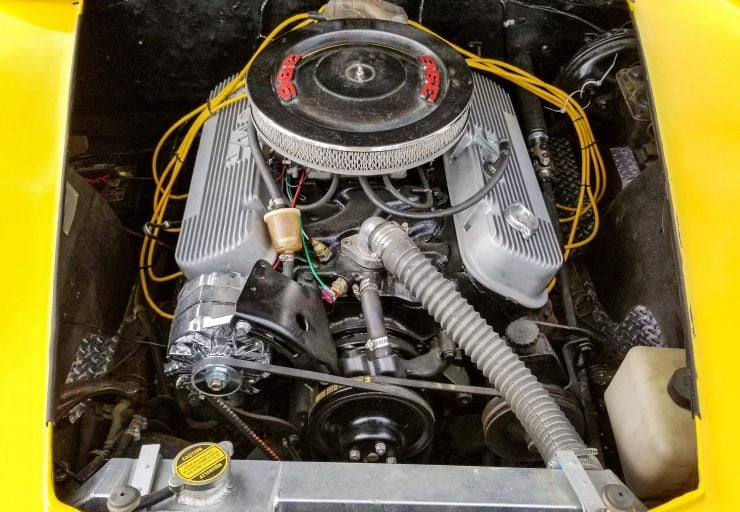 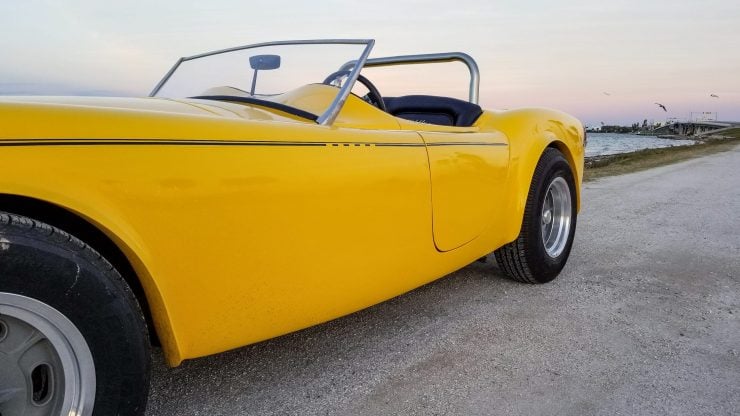 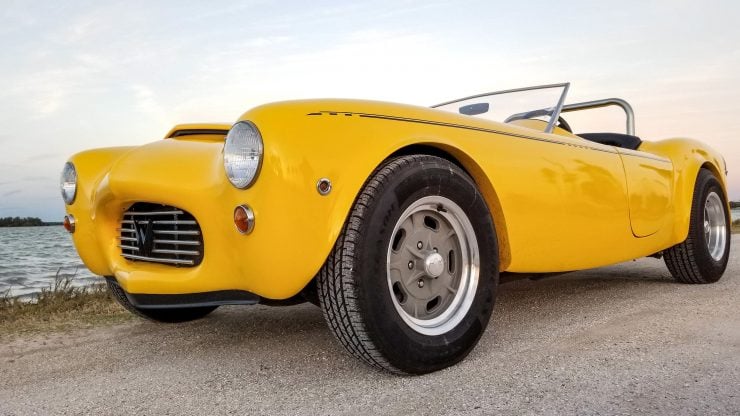 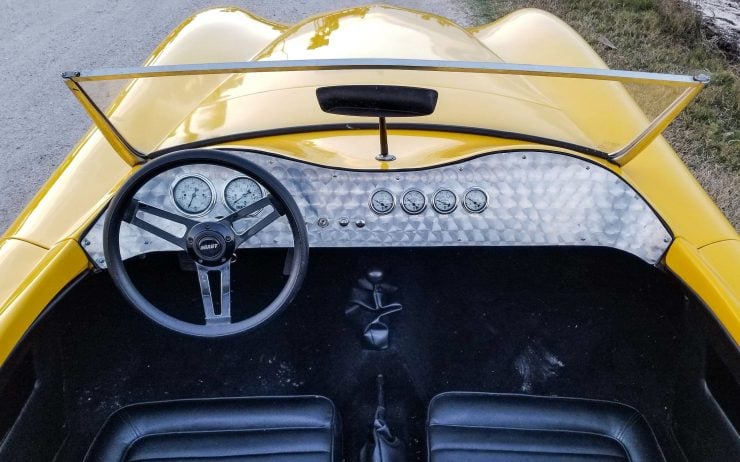 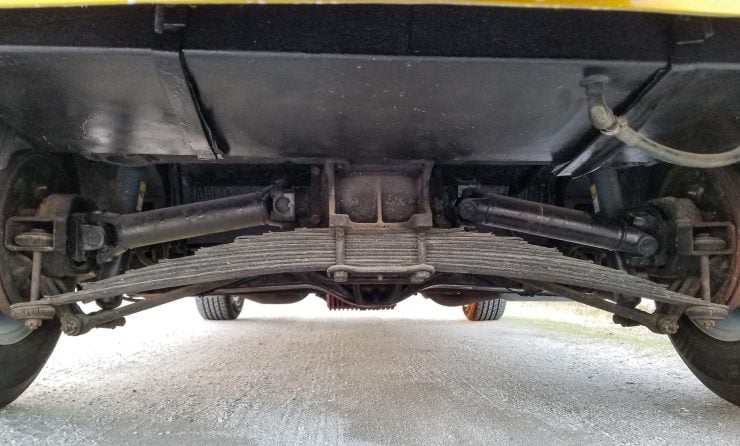 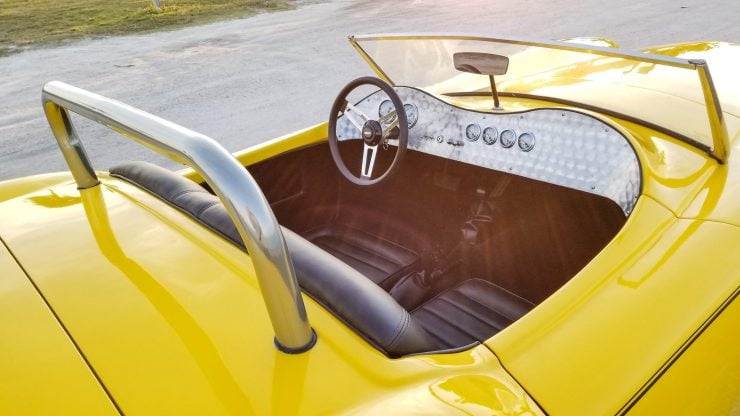 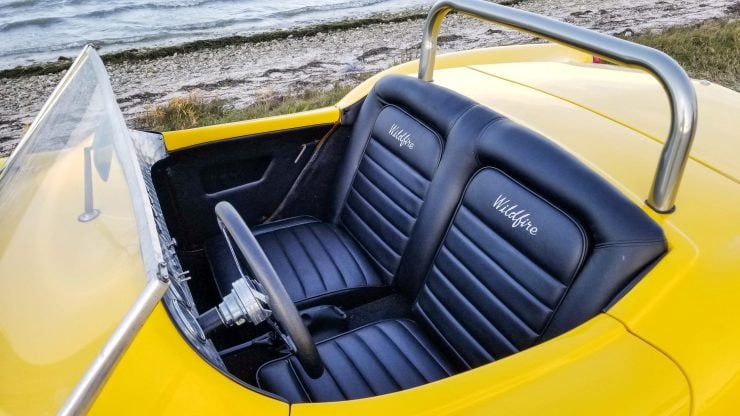 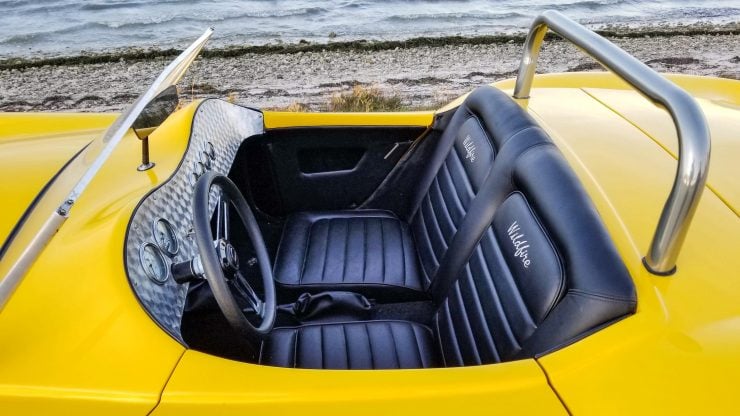 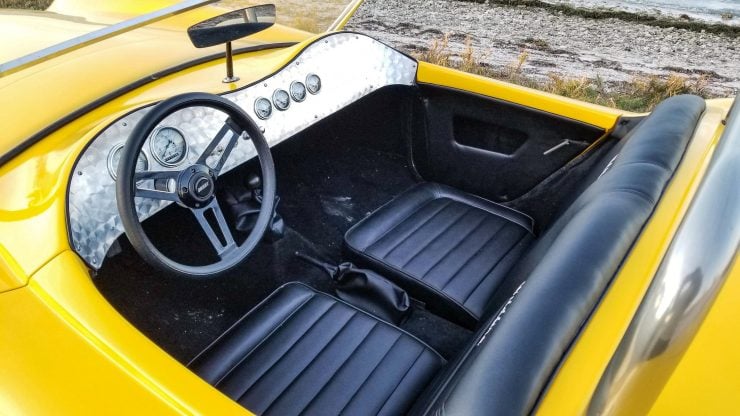 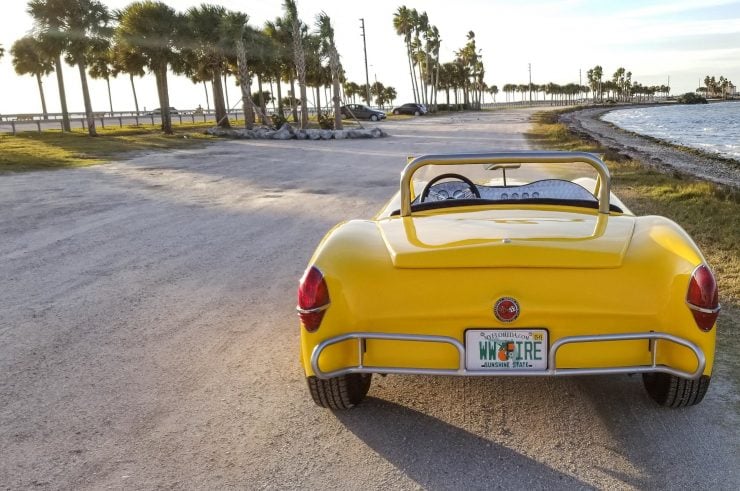 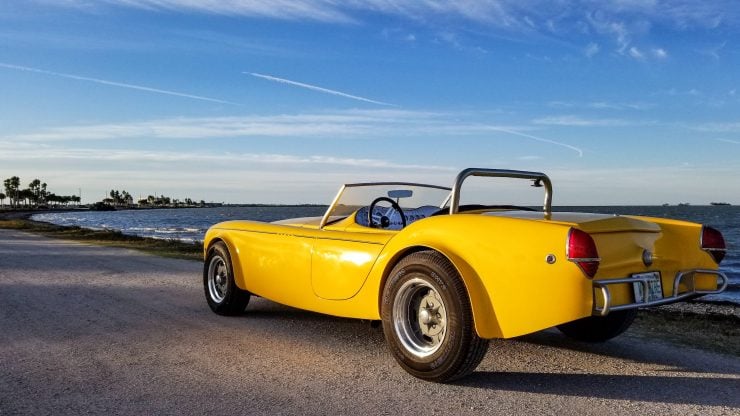 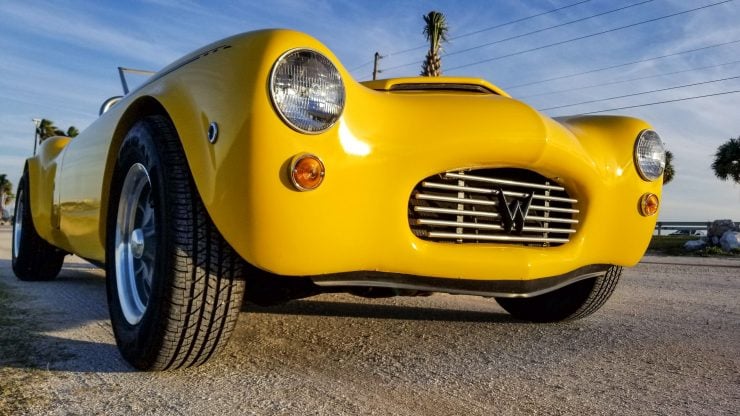 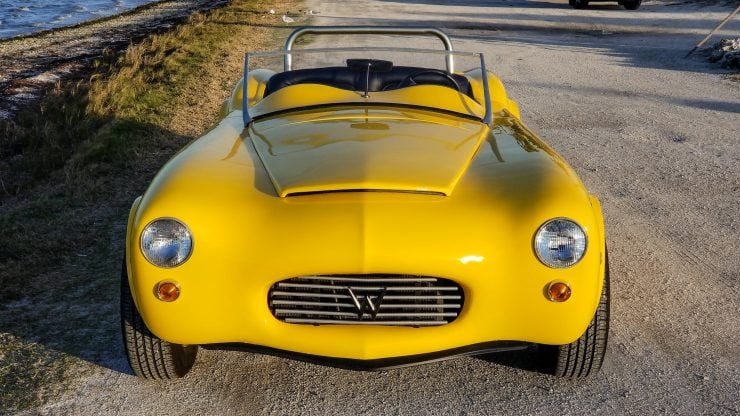 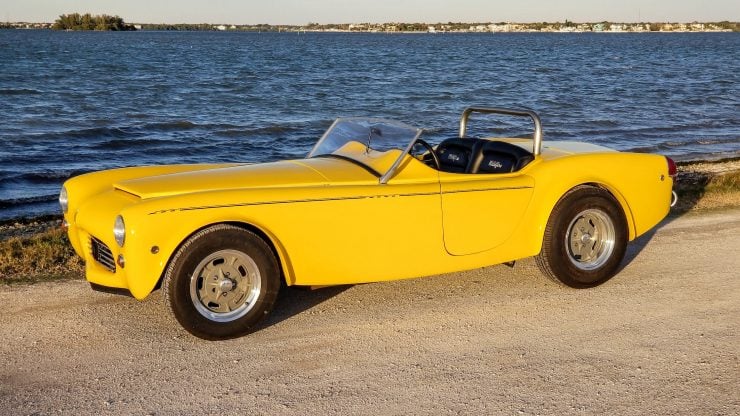 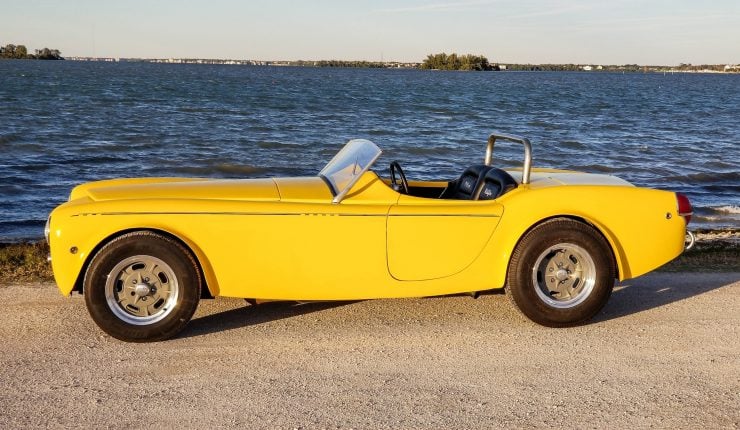 All Images Courtesy of Geoff Hacker