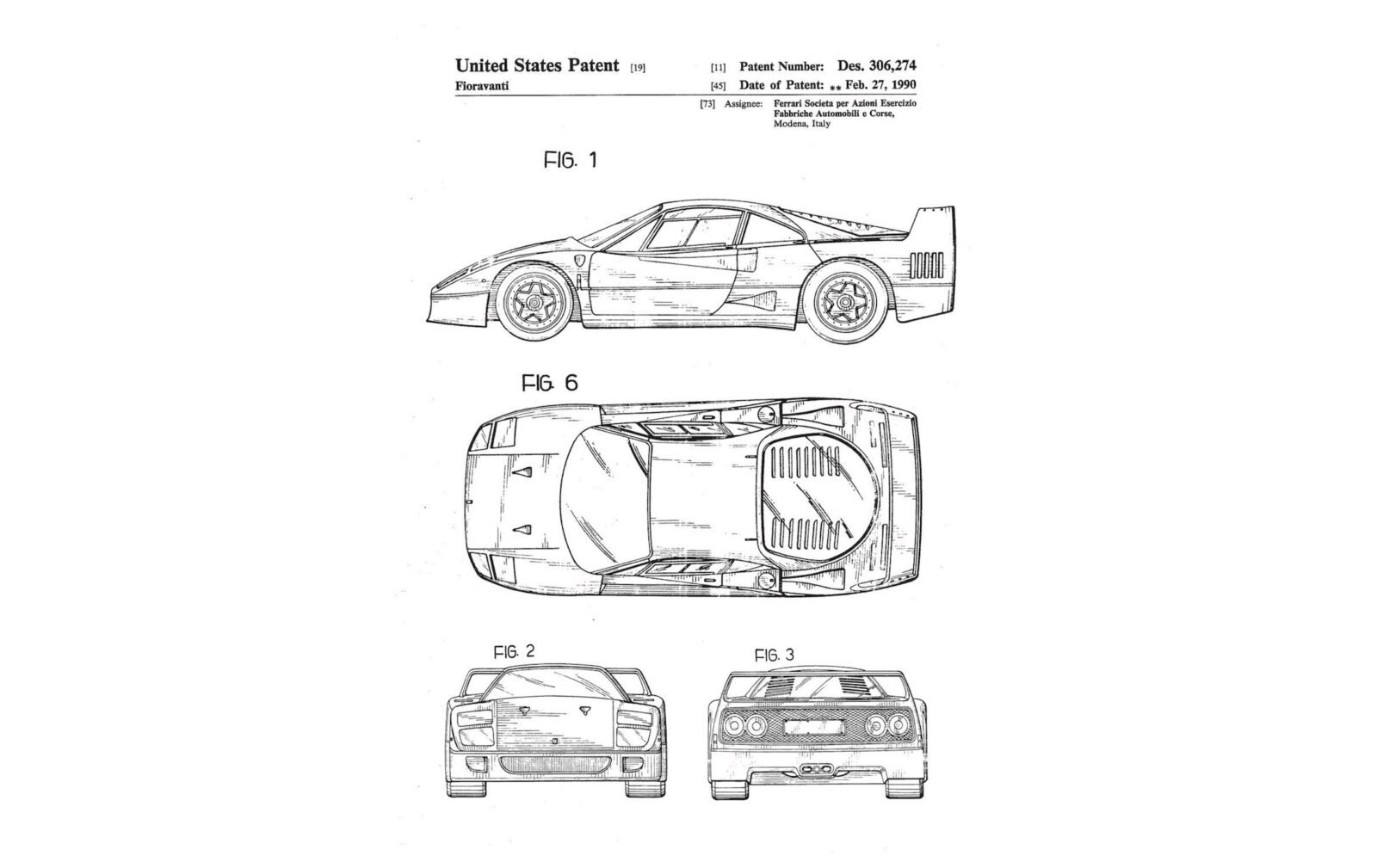 These are the original six drawings for the patent application for the Ferrari F40, the application was filed in December 1987 listing Leonardo Fioravanti of Pininfarina as the inventor and Ferrari as the assignee.

The Ferrari F40 is remembered today as possibly the last great analogue supercar, from a time when electronic systems and driver aids were first being rolled into supercars like the Porsche 959.

The F40 holds the unique distinction of being the last car personally approved by Enzo Ferrari before he passed away, and in a manner of speaking the car embodies many of Enzo’s personality traits – it’s sharp, fierce, it doesn’t suffer fools gladly, and if you don’t respect it, it’ll bite your head clean off.

When the car was first released in 1987 there was some criticism levelled at Ferrari, implying that the car was exceedingly expensive and relatively simple, particularly compared with the 959 which had been released a year earlier in ’86. 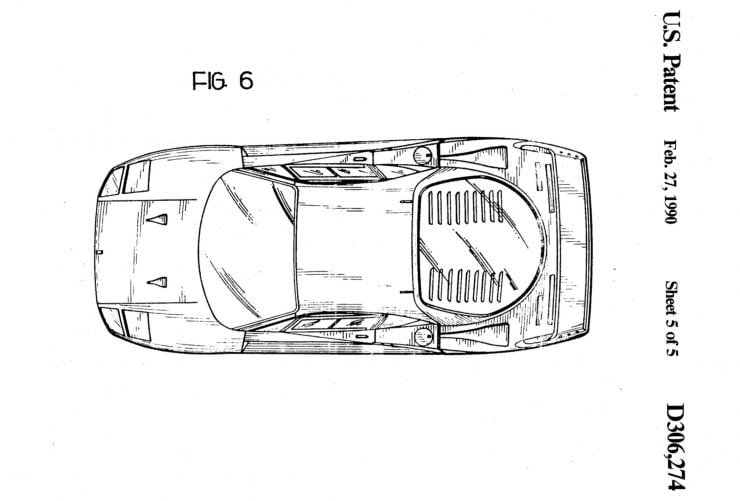 The response from the Ferrari PR department sounds almost as though it was dictated directly from Enzo himself, though perhaps with the harder edges shaved down for the sake of diplomacy:

“Customers had been saying our cars were becoming too plush and comfortable. The F40 is for the most enthusiastic of our owners who want nothing but sheer performance. It isn’t a laboratory for the future, as the 959 is. It is not Star Wars. And it wasn’t created because Porsche built the 959. It would have happened anyway.”

The above poster print includes four of the figures from the original F40 patent application, the side profile, overhead profile, front, and rear views. These simple line drawings capture the essence of what is now remembered as one of the most iconic supercars of all time.

If you’d like to download the original patent application as a PDF you can get it here, if you’d like to buy the poster print you can click the red button below, it comes in a variety of background colors and sizes. 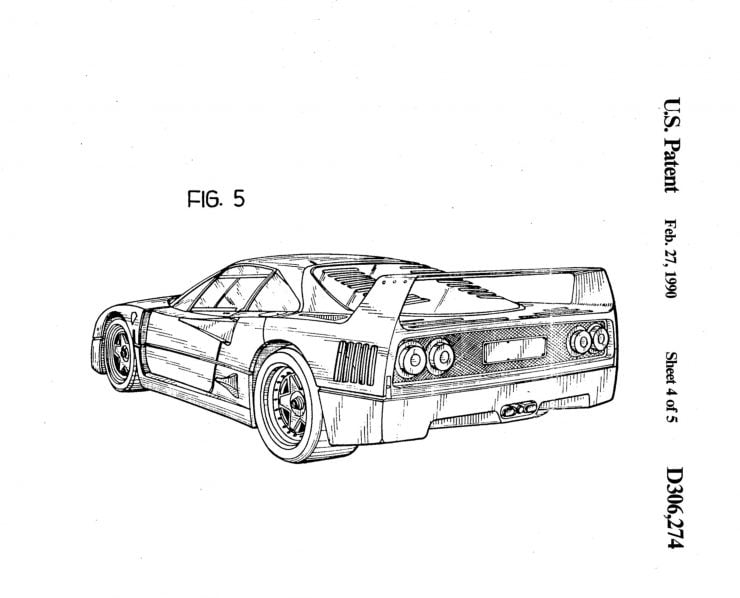 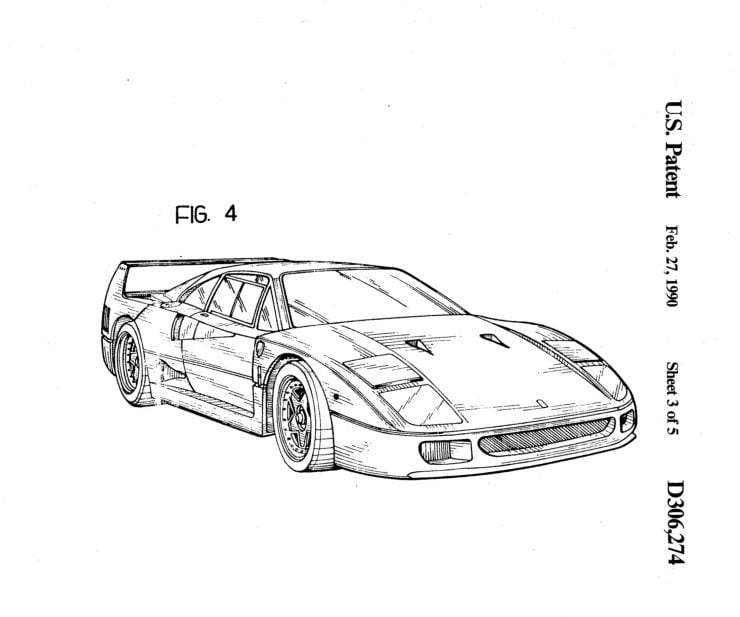 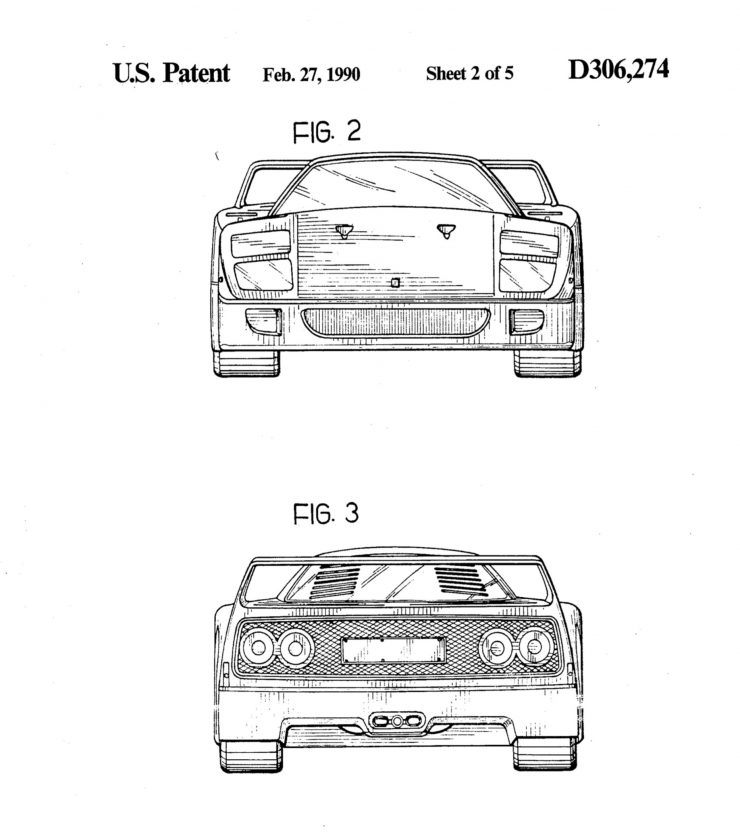 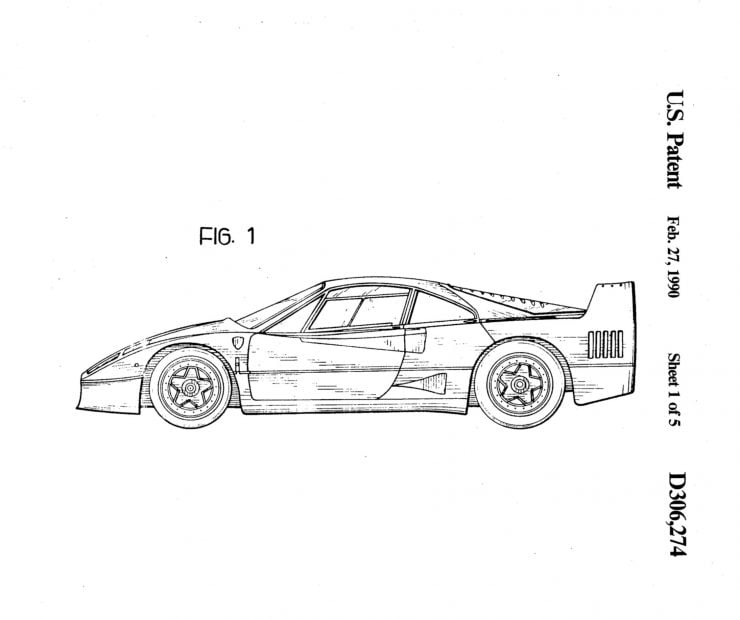 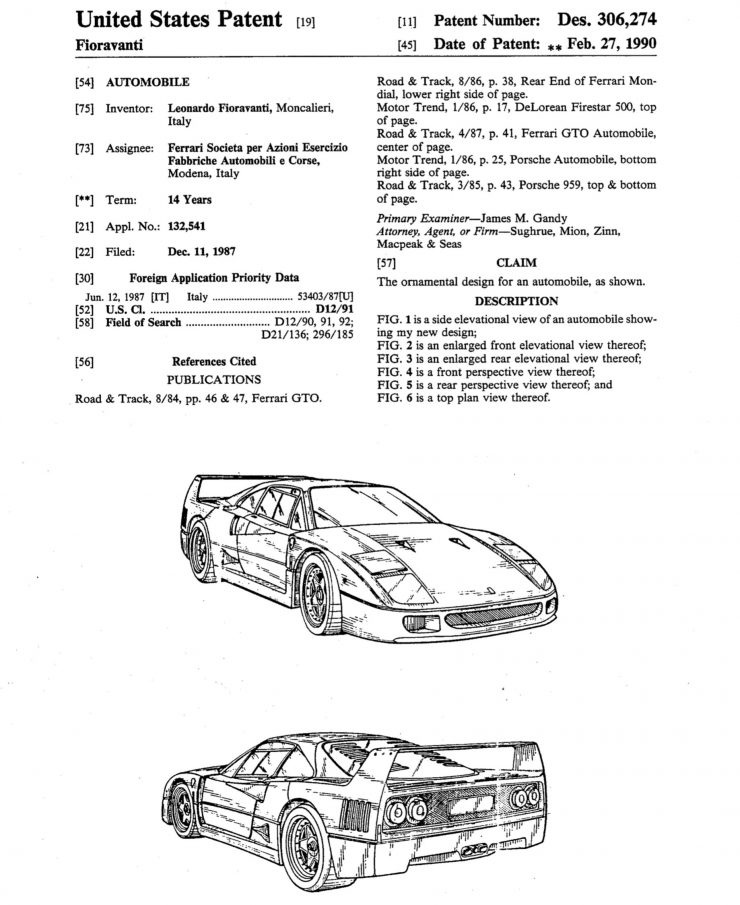 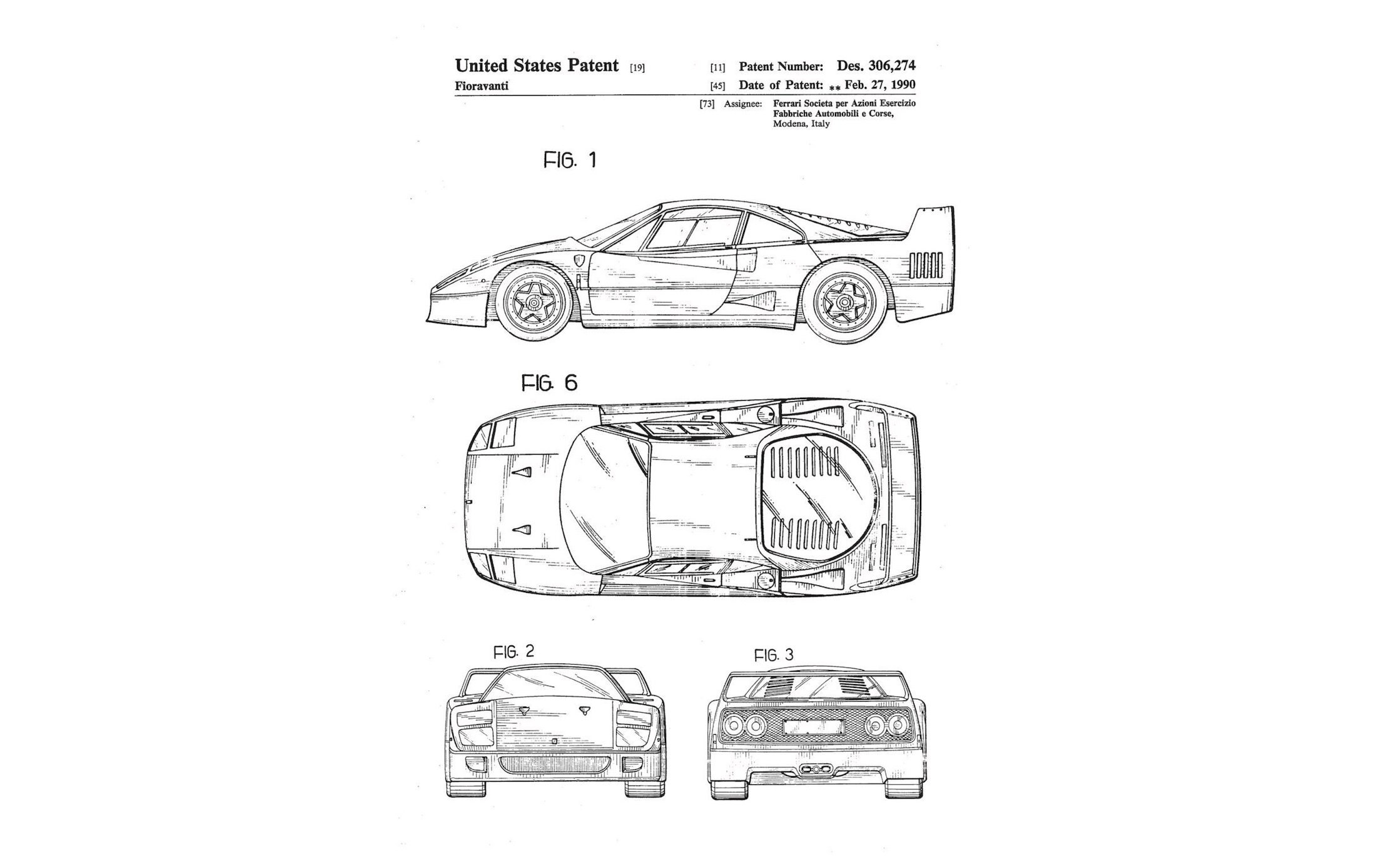