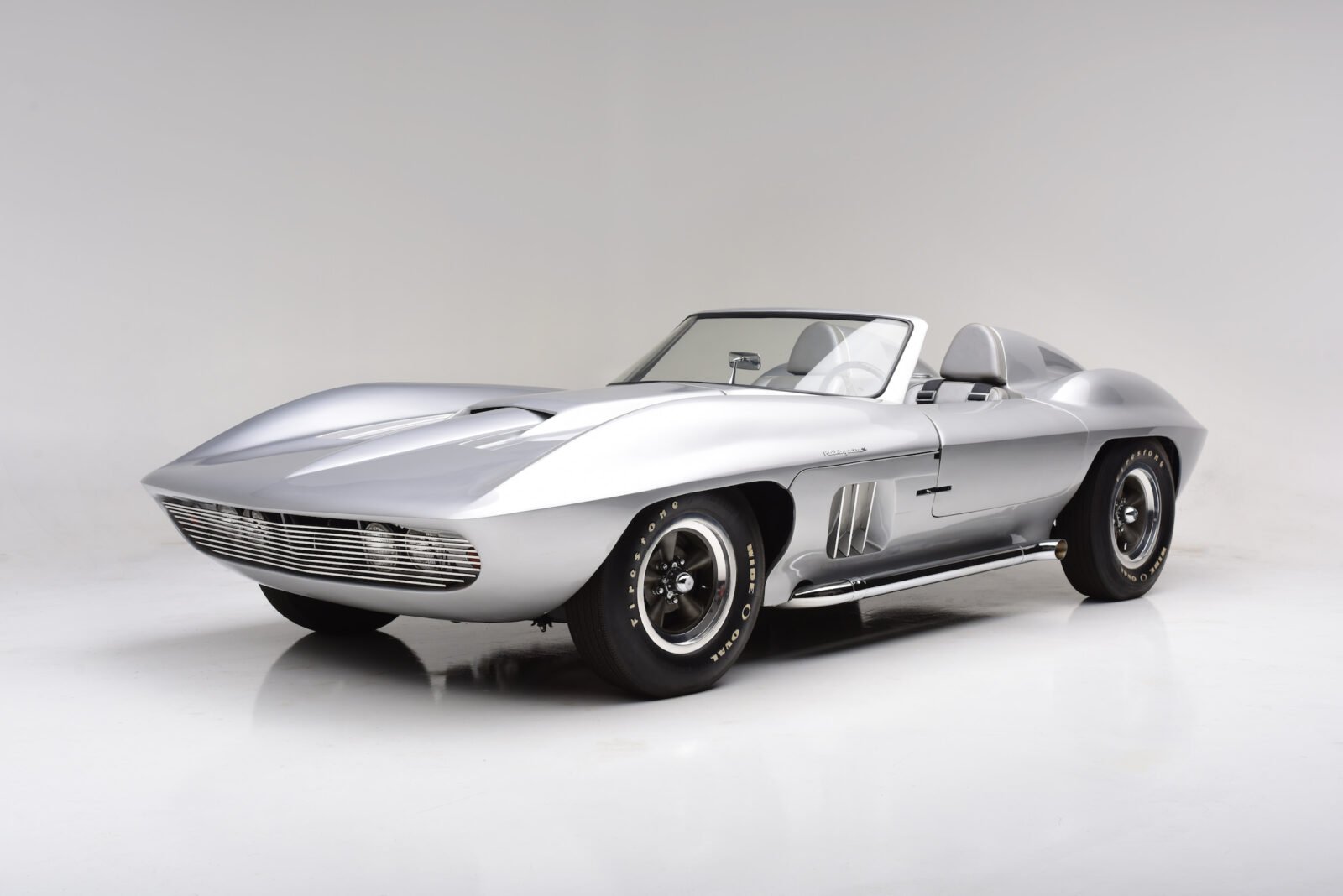 It’s thought that only five or so examples of the Centurion Corvette were built in the mid-1960s until General Motors forced Fiberfab to stop construction – either for IP infringement or because the founder of Fiberfab, Warren “Bud” Goodwin, was convicted of voluntary manslaughter in the killing of his wife who he had discovered in bed with his head engineer.

The Centurion was about as close as Fiberfab ever came to being a coachbuilder, though admittedly I’m using that term somewhat loosely.

Just as the fine coachbuilders of Italy, Germany, or England would create stunning bodies for rolling chassis built by larger automakers, the Centurion Corvette was a body designed by a 3rd party to fit 1953 through 1965 Corvette chassis.

The design was closely based on the much-loved 1959 Corvette XP-87 Stingray Racer concept car designed by Pete Brock, Bill Mitchell, and Larry Shinoda. The Stingray formed the foundation of the C2 Corvette, but it wasn’t similar enough for many, and the team at Fiberfab realized they could create a very close approximation that sat on genuine Corvette running gear.

The Corvette XP-87 Stingray Racer had a fiberglass body on a space frame chassis, and made use of C1 Corvette running gear – so the similarities between it and its Fiberfab doppelgänger are more than skin deep.

Each of the 5 Fiberfab Centurions were configured slightly differently, as is often the case with kit cars, and all but one of them is based on a C1 Corvette chassis, with the final car sitting on C2 running gear. 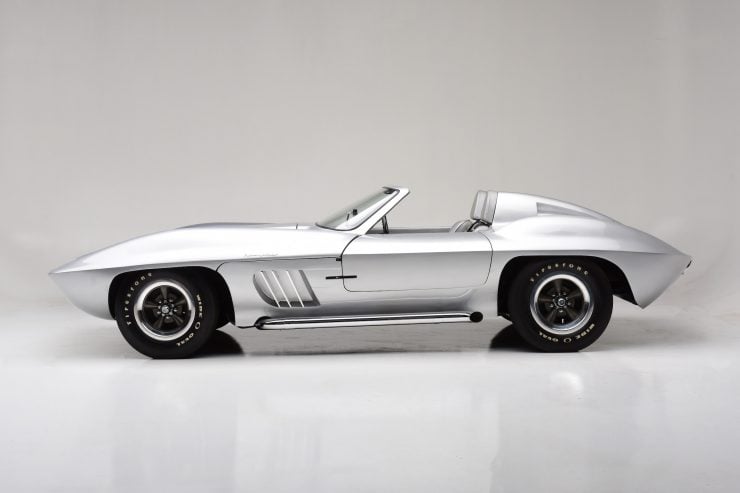 As with all of the Centurions, this one has side pipes, “shark gill” vents on either side of the engine bay, over-sized wheel arches, headrest “humps” for aerodynamic (and styling) purposes, with high sills to make way for the underlying frame.

The fit and finish of the interior is at near production car quality, with a large centrally mounted speedometer and tachometer. They were fitted to the middle to make the creation of left and right hand drive versions far simpler for the small factory.

The seats, door trims, and center console are upholstered in grey vinyl, there’s also a handy fire extinguisher mounted just to the right of the driver’s leg. Interestingly the car also has a functional trunk, it’s hinged to the left and capable of holding enough luggage for a weekend away – but not much more.

Given the fact that the Fiberfab Centurion is a couple of hundred pounds lighter than the car it’s based on (according to the best estimates we’ve been able to find), and the fact that it’s running the popular 283 bhp Fuelie V8, it’s certain that this unusual Corvette is just as fast as it looks.

It’s hard to know how much it’s likely to fetch when it rolls across the auction block with Barrett-Jackson in mid-January in Scottsdale, but its combination of looks, history, and performance will mean there’s no shortage of active bidders.

If you’d like to read more about this car or register to bid you can click here to see the listing. 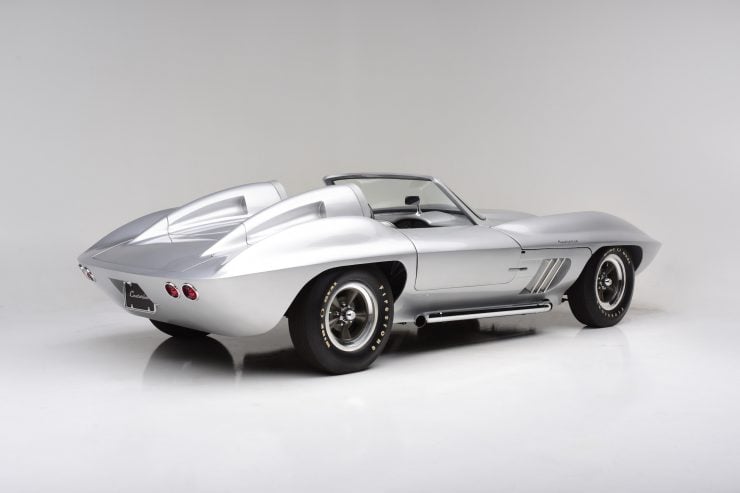 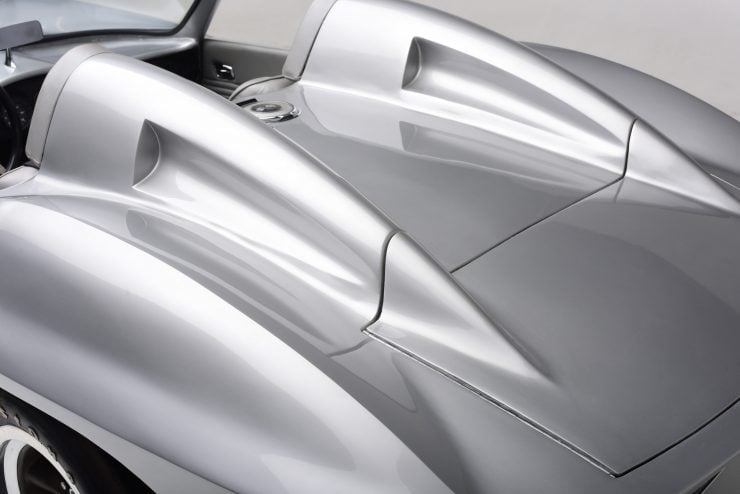 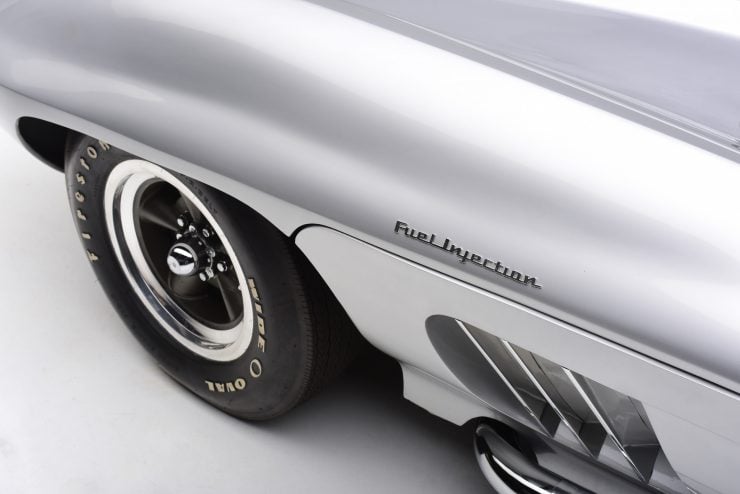 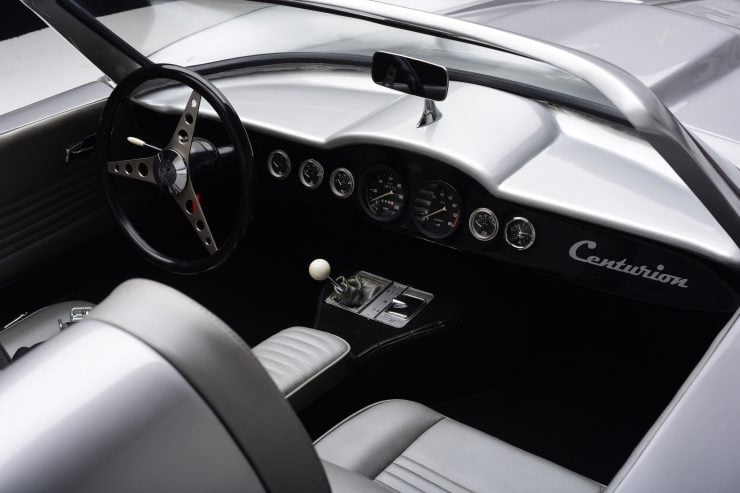 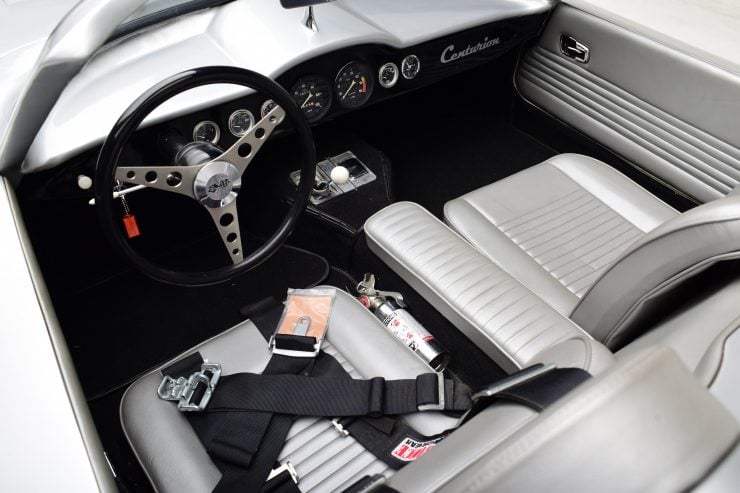 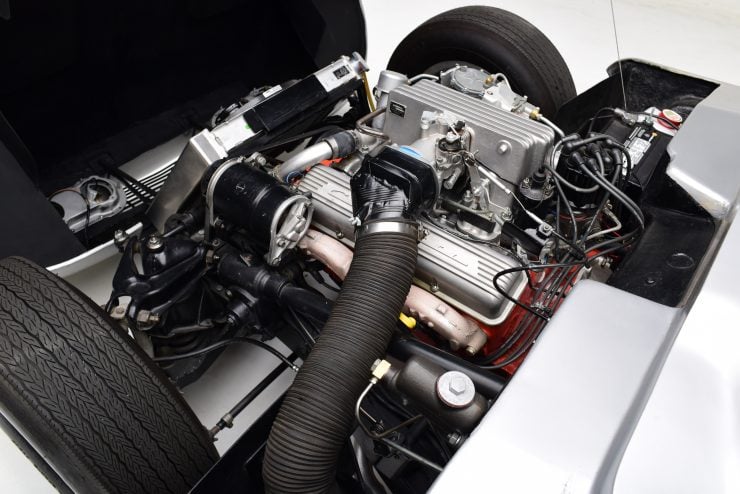 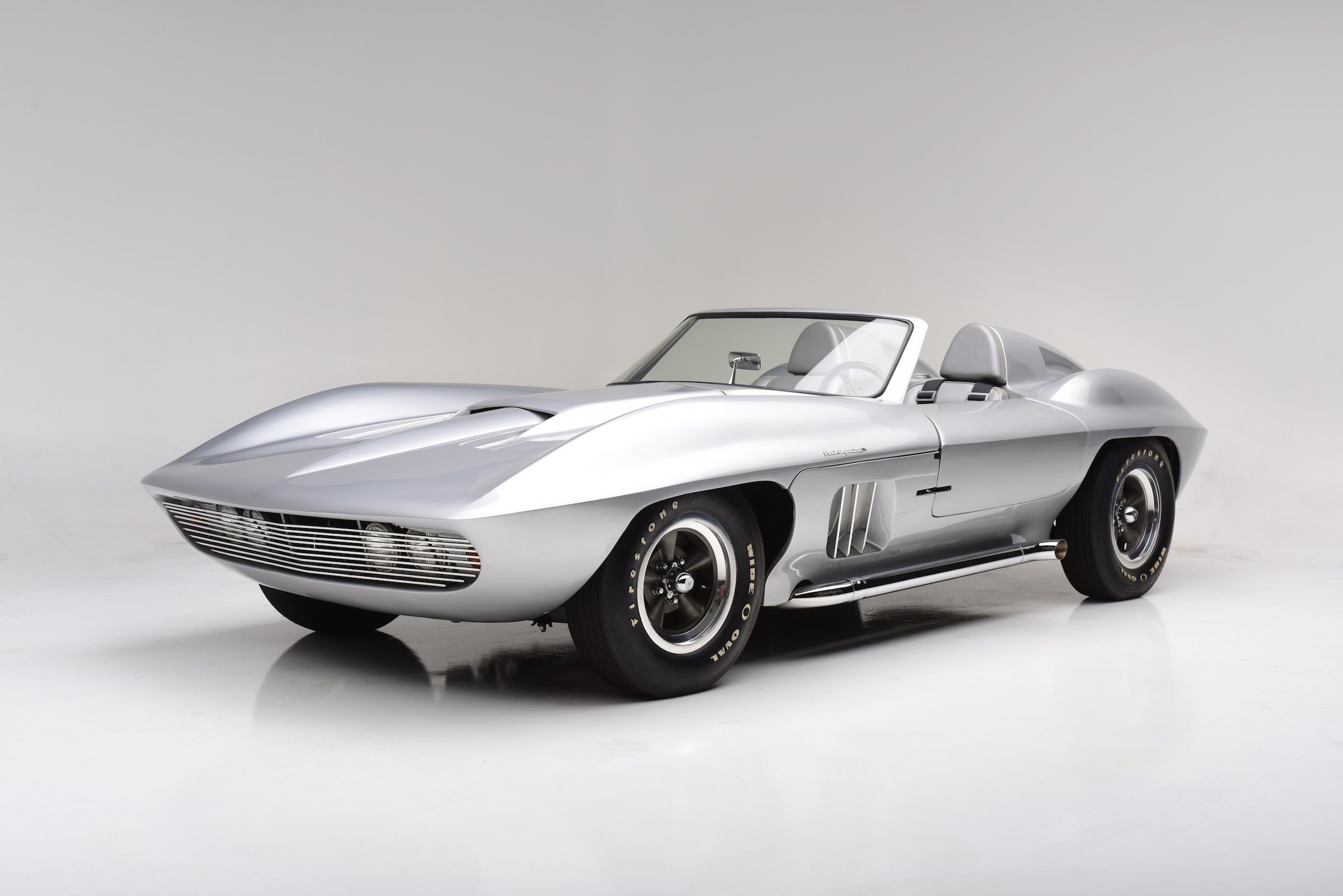