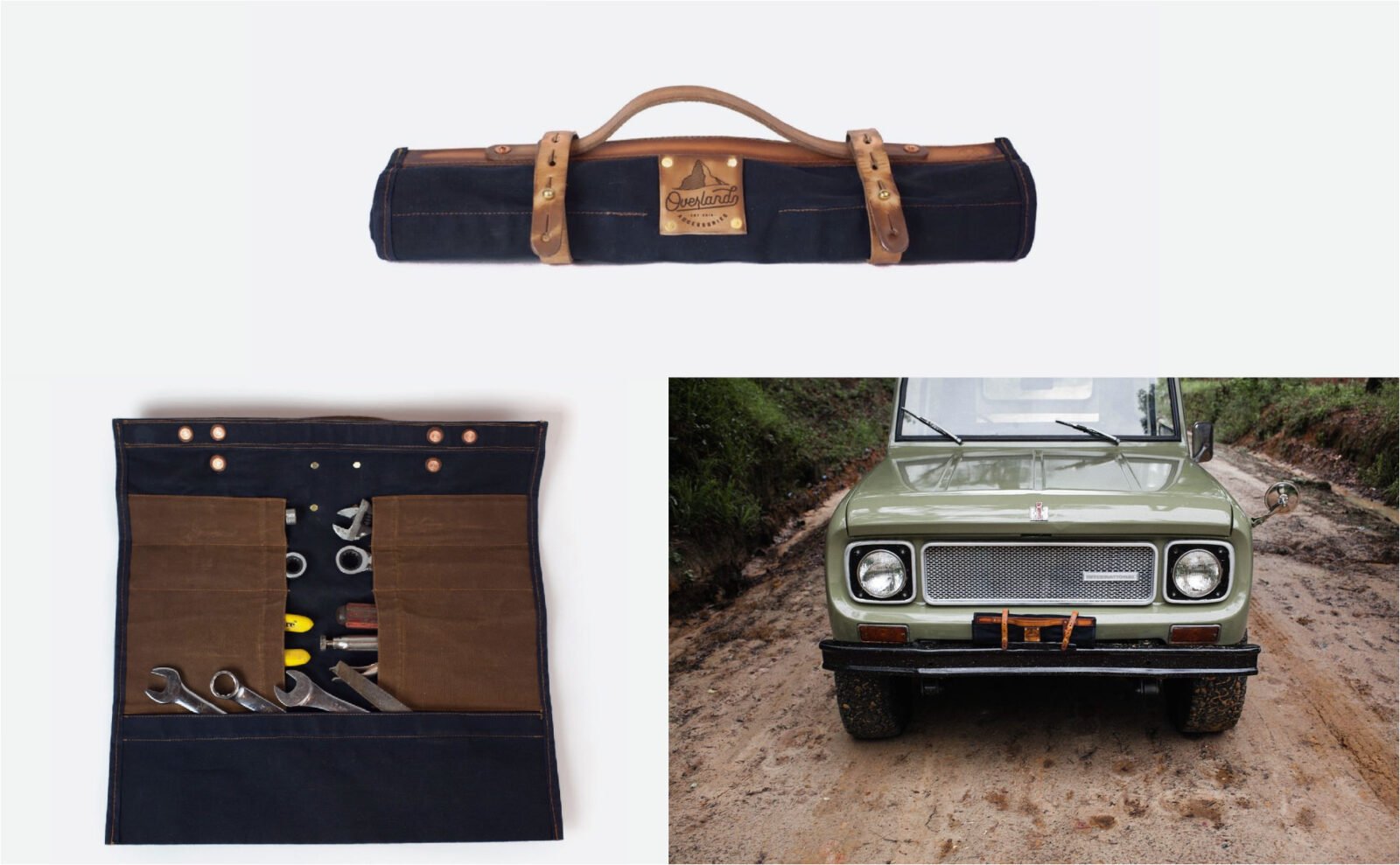 The Sturdy Brothers Overlanding Car Kit Tool Roll is handmade in Georgia, USA from waxed canvas, full grain buffalo leather, copper, and brass. Its design is loosely based on the original Toyota Land Cruiser 100 Series factory tool roll, with a series of changes to make it suitable for any car, truck, or 4×4.

The main chassis of the tool roll is heavy duty waxed canvas with a thick buffalo leather spine and handle – attached with solid copper rivets. There are twin leather straps to keep it firmly fastened, with brass studs and a series of holes allowing the roll to be expanded or contracted depending on your needs.

Each Overlanding Car Kit Tool Roll comes empty of course, allowing you to populate it with the tools of your choice. Different vehicles require different tools, and most vehicle owners already have the tools they need for their car or truck on hand. Along with tools it’s a good idea to carry additional items like electrical tape, electrical wiring and connectors, fuses, light bulbs, and other common use items. 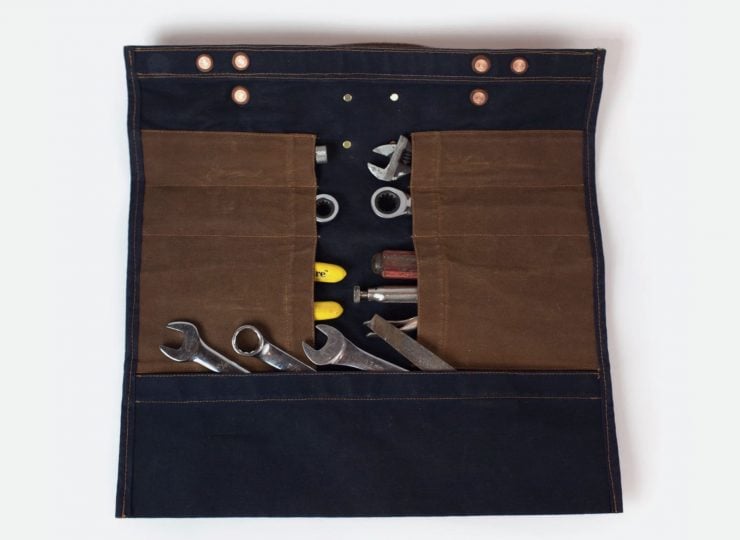 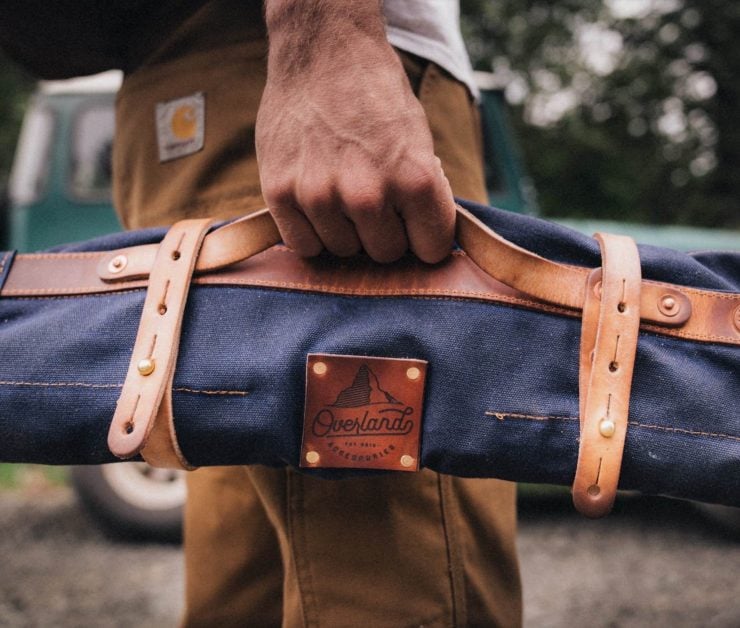 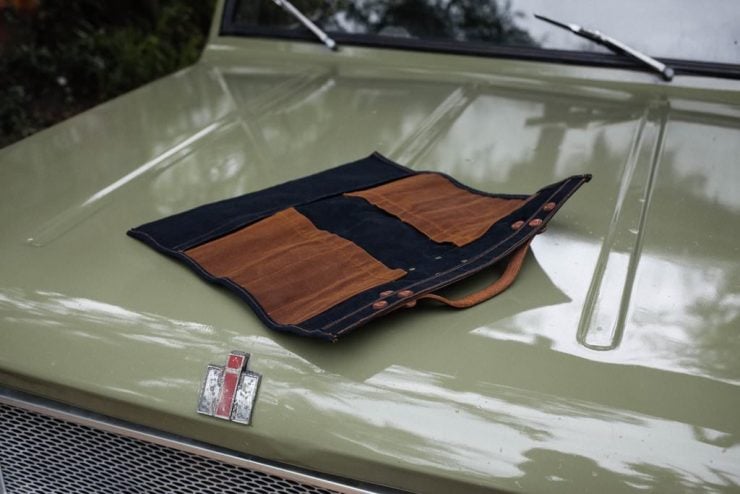 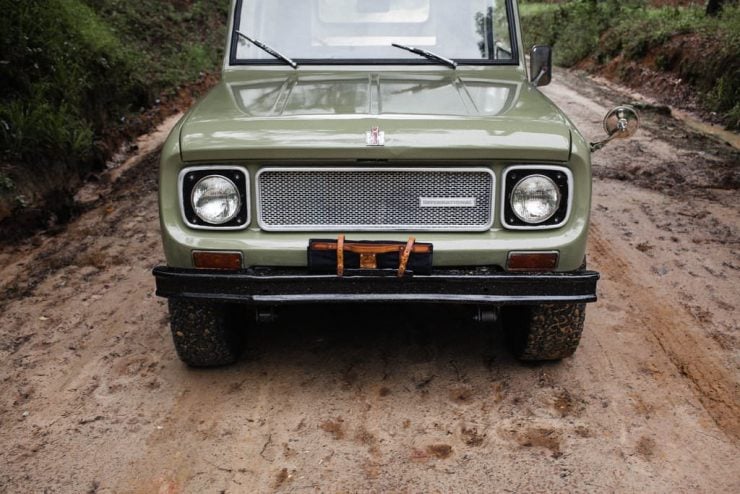 In the 1960s both Steve McQueen and Evel Knievel owned Triumph TT Specials, McQueen often raced his Triumphs with notable success, and Knievel used his in the life and death world of stunt jumping. The most…