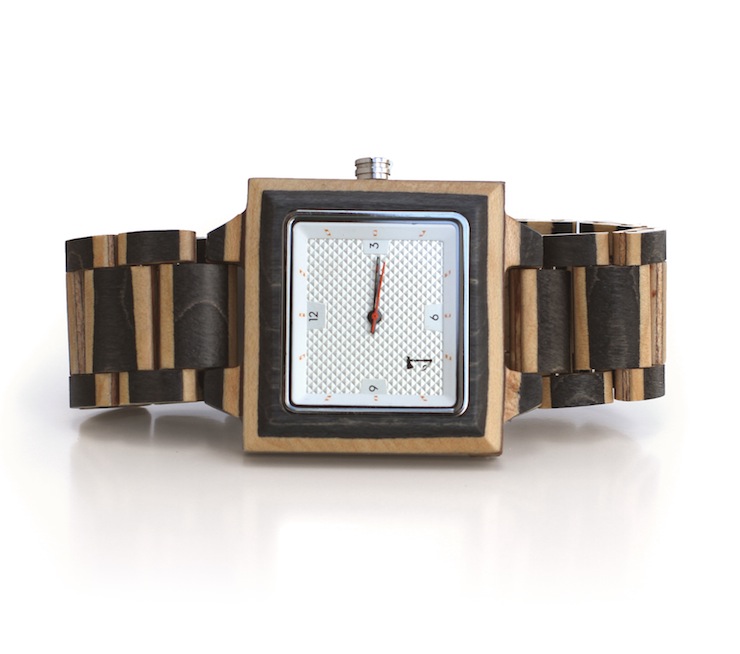 The Wood Watch by Slim Timber is an achievement tried by others in the past, but never to quite this degree of success. Each of the wooden creations is made from stabilised seven-ply maple skateboard wood, the stabilisation is achieved by placing the wood in a partial vacuum which sucks the air out of it, this air is then replaced by resin – making the wood water-resistant and very hard wearing.

The watches are made by Slim Timber and each has an automatic movement. This means that it acquires power from the movement of your body and doesn’t need batteries or winding. It’s also water resistant down to 5ATM, it has a glass case-back and comes in 4 colour combinations. 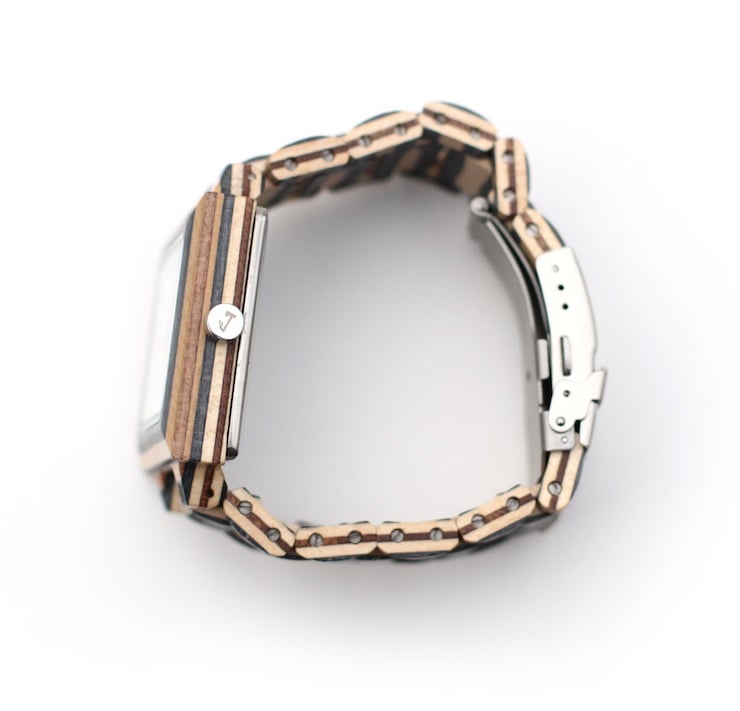